I’ve got an amazing motorcycle. A 2008 GSX-R750! It’s pretty well modded and specifically put together for my needs and goals. I’ve done everything to it that I’ve wanted to except for one last detail, the fork.

Typically, tuning the fork of a motorcycle is one of the first things that I do, not the last. I was so impressed with this fork out of the box that I wanted to run it for a while and appreciate the great job that Showa did with it. That time has gone and it’s time to make it work far better. One major reason why this fork works so well, other than it being a magnificent example of Showa’s engineering, is that it is setup stock with quite a stiff spring. I’m used to Honda bikes that come with remarkably soft springs (7.5 N/mm!?!?). That’s pretty much unusable for anything but commuting. This bike has a 9.8 N/mm spring in it stock. WOW! That’s a racing spring. Anyway, it felt pretty good but there are two issues that really needed attention; length and oil lock.

The compression damping on this fork is pretty sweet as well. The main piston has valving for both high speed compression and rebound, the fork lowers have a blowoff valve and low speed compression adjustment. Pretty nice for a street bike. Things have changed so much in the last 10 years or so with sportbikes. From simple damper rod forks to external adjustments like on this cartridge fork. It’s good to be king.

The stock length of this fork is too short for this bike and that is magnified when the rear ride height has been adjusted. Because of the short fork, the bike capsizes (over-steers) on corner entry. If you are used to a properly set up bike with neutral steering this can be quite an alarming struggle. It’s a known issue and many racers are forced to address it. Many people replace the top cap with a longer version that let’s them drop the fork in the clamps. This is simple and easy, but it’s also very expensive if you can even find the part for sale. I had tried this but they were out of stock. A cheaper way to do this on some bikes is to install a shorter negative spring since this bike is a long negative spring type fork. This is a $30 solution, but requires complete dis-assembly of the fork. That’s how it works for the 600cc bike. I decided to purchase some parts from Traxxion Dynamics to get this done, things got crossed up (wtf?!) and I ended up with short top out springs to swap out rather than the extended rebound valve base that they make for the 750. I don’t know what happened here as I had purchased the parts last year and only got to the fork now. I’m pretty pissed as I had made the assumption that this was all going right. Kinda pissed as I’ve put the time into the fork. At least I can test some other parameters. 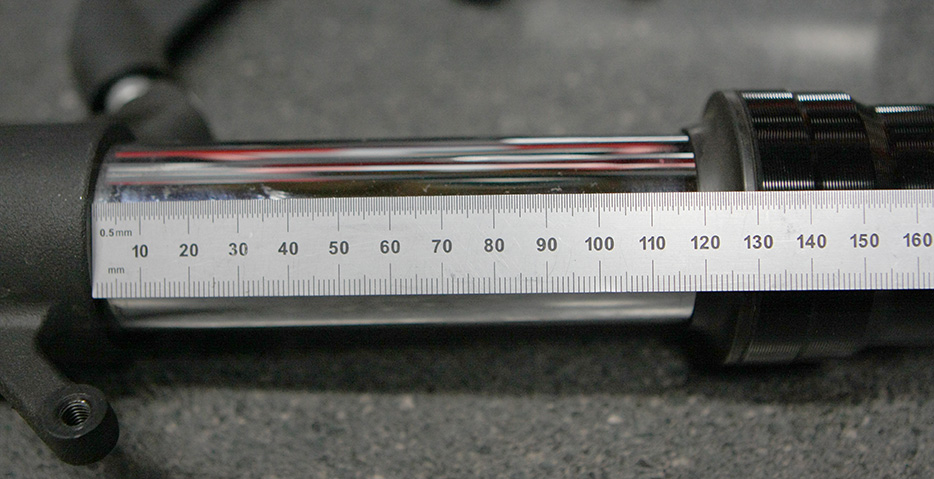 The oil lock or bottoming valve is in place on the fork to provide the manufacturer and the consumer with a certain amount of protection in the case that a poorly setup fork is over taxed and wants to bottom (metal to metal). This is a good thing for the newb as they have this insurance. What’s the problem? Easy, this valve effects the last 34mm of travel on this fork. Once you have entered that region the fork works HORRIBLE. Imagine that! 40% of the compression travel is just the worst crap you can imagine offering very close to zero bump compliance. If you understand suspension tuning and how to use the bike properly, you can remove that valve opening up that 40% for as much traction and compliance as the rest of the forks range. 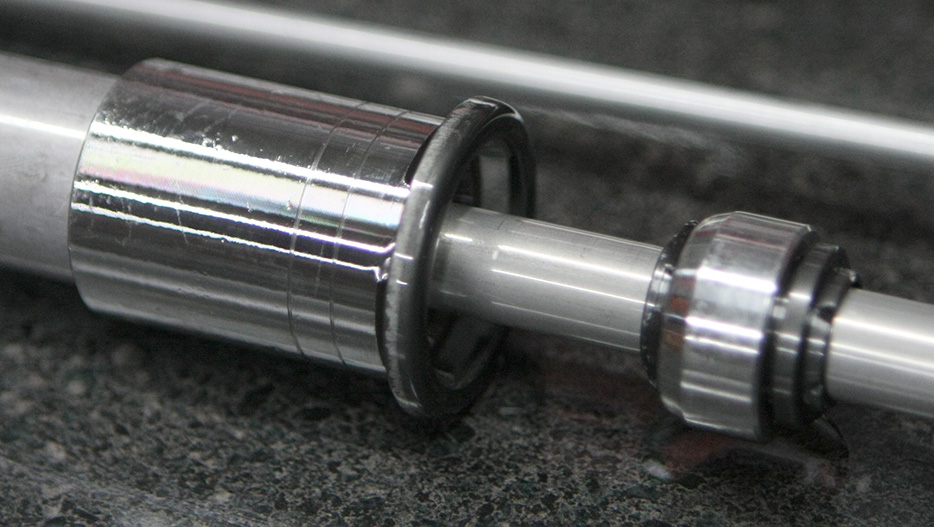 Here’s some of the information:

I’ll be refilling these forks with suspension fluid from Red Line Oil. I love the products from Red Line. They are fantastic. The suspension fluids that they make are of superior quality and really do make a difference when used in a system. Things just feel so much better using these oils. Another major reason is that Red Line offers five different viscosities to select and mix from providing a superb platform for any suspension tuner. Their range is both thinner and thicker than anything else out there. I’ll be mixing two oils to get the fluid for the forks. 79% LightWeight (ISO 18.4) and %21 ExtraLight (ISO 9.8) by volume. I’ve made a handy mixing chart that I use, here.

What did the shorter stiffer negative spring change from the longer softer one? Obviously, the interplay region in droop of course (0 to -35), but how does it change the ride height? In a way, not much. It mainly makes it easier to measure sag in a traditional way. Most of my gains in ride height are a result of the increased range from my preload spacer. Since the fork assembled with the new configuration resulted in just 3mm increased length, you can see what it did to the suppleness of the fork in droop. It’s pretty much garbage in comparison. Too stiff. Really, in the end, swapping out the negative springs was more of a downgrade to the fork and really the 15mm addition of internal preload was the change that raised the bike.

The graph below shows how the choice of negative spring changes the suspending force in the system. Note 0mm being JRA (just riding along ride height). 0 to 85mm is jounce and -35 to 0 is droop. Assuming that 979 N. are required to hold the bike up to the proper equalibriam position. When overly long negative springs are installed an additional 5.6mm of preload is required to get the bike up to the correct ride height thus shifting the curve up for the rest of the jounce region. Obviously, the use of negative springs is good for softening the wheel rate in droop when far less weight is on the wheel. This helps the tire track the road with even just slight weight on it rather than skipping off.

As a result of all of this, I’m going to order up the proper extention parts and put the long springs back in place when I do that install. 2 steps forward, one step back. Traxxion is sending me some longer caps and I’ve dug around and found some 75mm negative springs from a 2005 CBR600RR that I’ll put in to get even more juicy grip while on the gas. This may require softer main springs as 60mm is the longest negative spring that is good in this system.