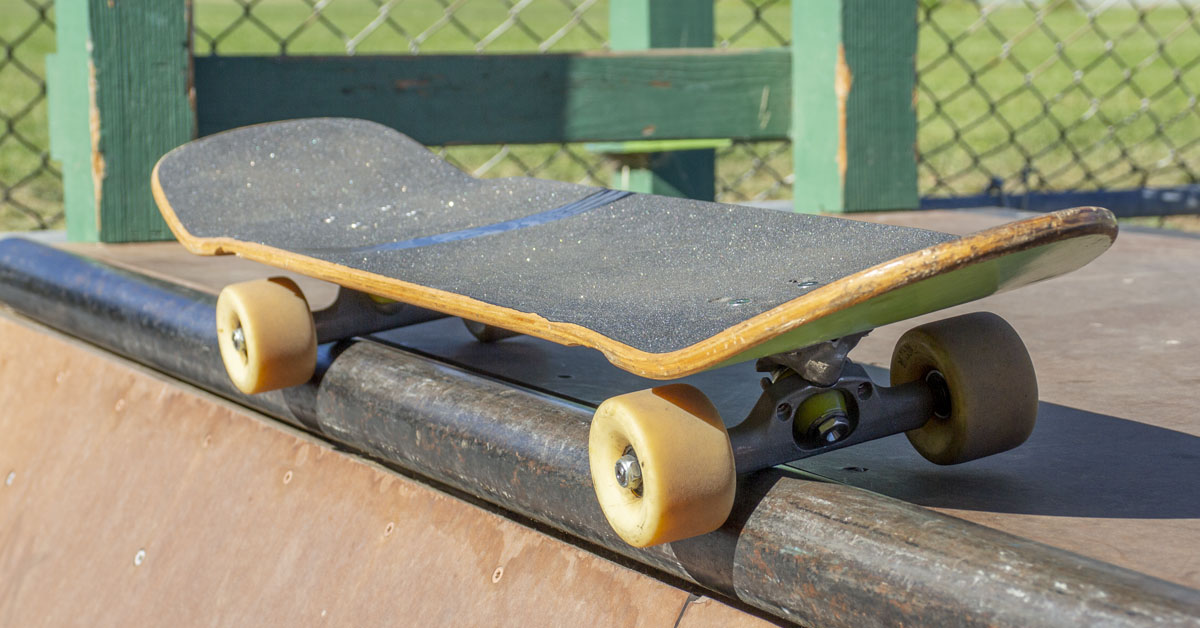 This is the third draft of the new skate truck. It’s for the adult skateboard concept. The truck to match the theme of what adults should use for daily drivers. It’s a semi-precision truck that hopes to balance the quality movement of a precision truck with the ease and comfort of a commodity truck.

The G2 trucks were a vast improvement over the G1 trucks. To put the rapid into rapid prototype, I got right to designing the G3 trucks as soon as I had done some testing on the G2s. The G3s were designed to get the design to a much more refined state, of course, as we’ve done a bit of learning.

The fundamental geometry didn’t need any changing but the focus was on all the other details. I feel that I should change the roll center height but I’m actually unsure which direction that it should move. I’m also not even certain of that. The trucks may just be working in a way I’m not familiar with…but they could be better. I need to work on this concept. 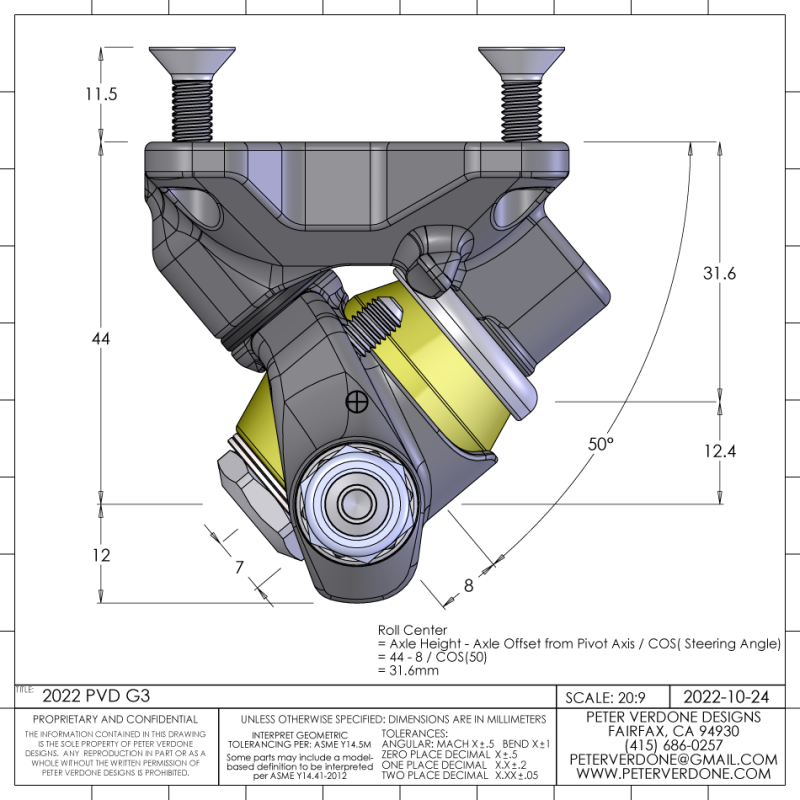 While some of these changes were limited because of the legacy axles, many changes happened. Getting better at modeling for printing has also helped.

I need to do more testing to figure these out. I’m thinking that the rear truck needs some de-tuning. There’s a noise created by the stacked washers by the top bushing that needs dealt with. I also need to find a better kingpin bolt that doesn’t needs as much modification. The turning has freed up off the top but have improved progressivity at the end.

This project sat dead since the end of July. Something strange happened. I still don’t have an explanation for it.

These trucks are 3D printed from 316L stainless steel. They need to be threaded for the axles and the helicoils. This is generally pretty simple and clean for this material. I’ve done it many times. For some reason, the material around the axles where I needed to thread had hardened. This makes no sense. The material should, almost by definition, be homogeneous. It’s not Chinese mystery metal. It’s Chinese very specific metal.

With no answer, and my tap half through two lugs, I put the project on a shelf. I kept looking at it but other things kept coming up. I wasn’t interested in roaching more taps or breaking one off in the part. I was frustrated. I also had more important work going on. 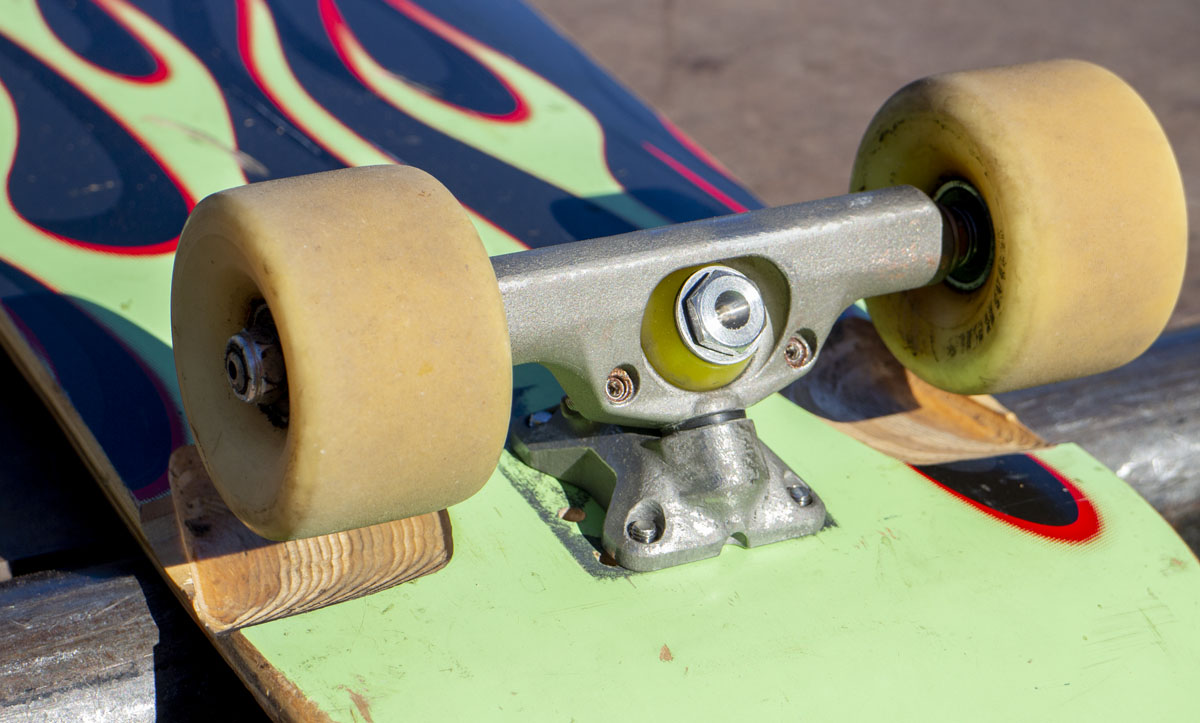 With the Philly Bike Expo coming up and me giving a fancy lecture, I needed hot wheels. Can’t go to the big bike show without cool hardware in hand!

I went to my friend Austin who is a badass machinist with all the tools. Maybe he could thread mill a solution? I just needed someone to change the situation. Someone to get motion.

After some time and much harassments, Austin got the ends tapped. Basically, just by roaching a tap per hole. Forcing the fuckers in there. It was brutal and maybe him not being so attached was what it took. I was too scared.

Armed with something to move forward, I got the rest done. I spent half of Sunday in the shop doing all of the finish and setup work. I left at the end of the day with something I could ride! 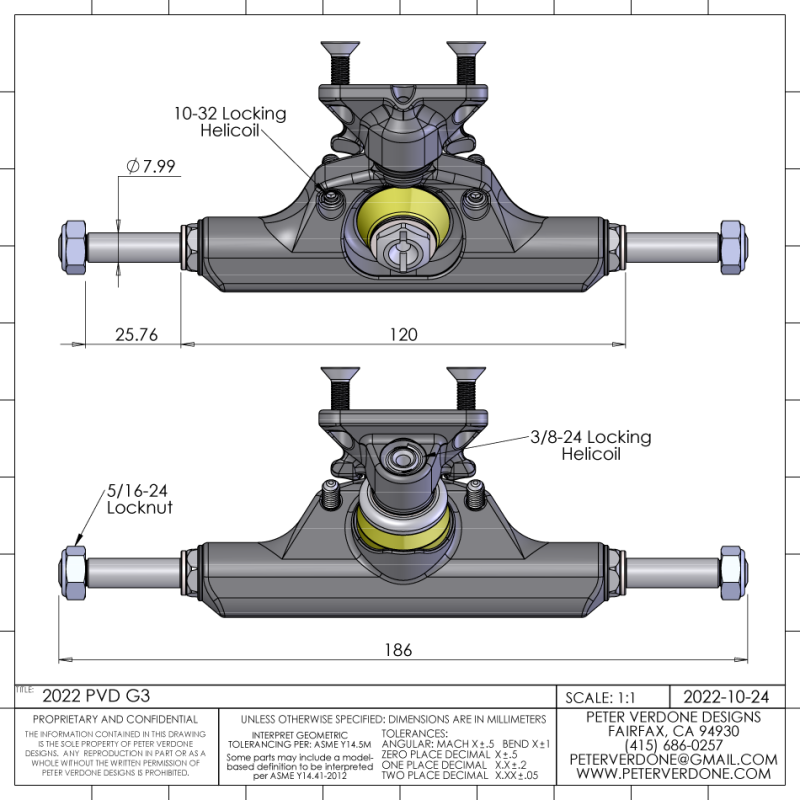 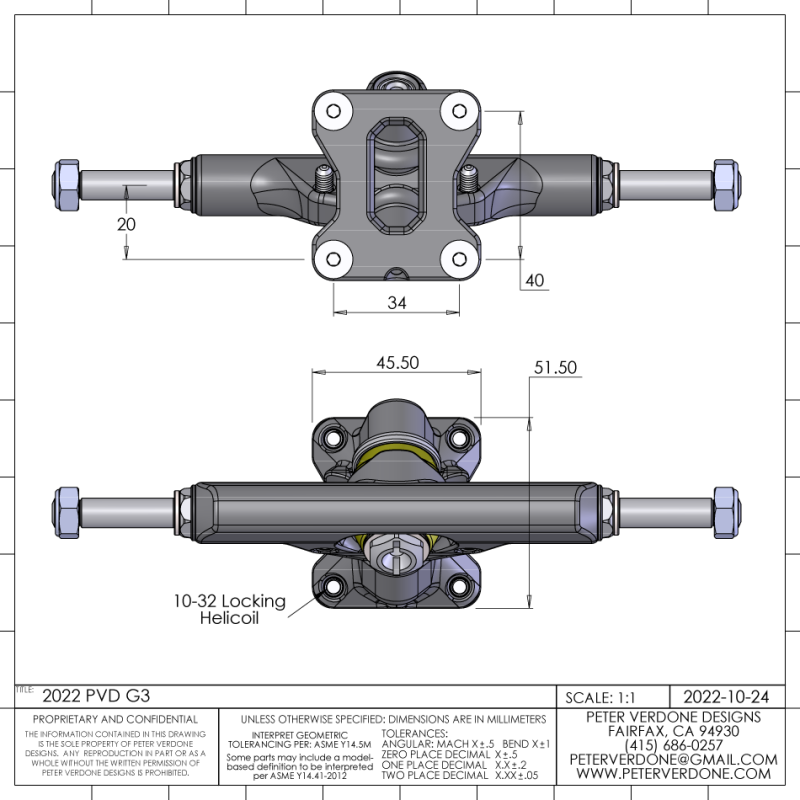 The finish that has been left on the parts shown is certainly ‘testing’ grade. I’ll look to pull these off again soon and put some time into having them look a lot better. I may also powder coat them. That will make them pop and be nicer to be around. 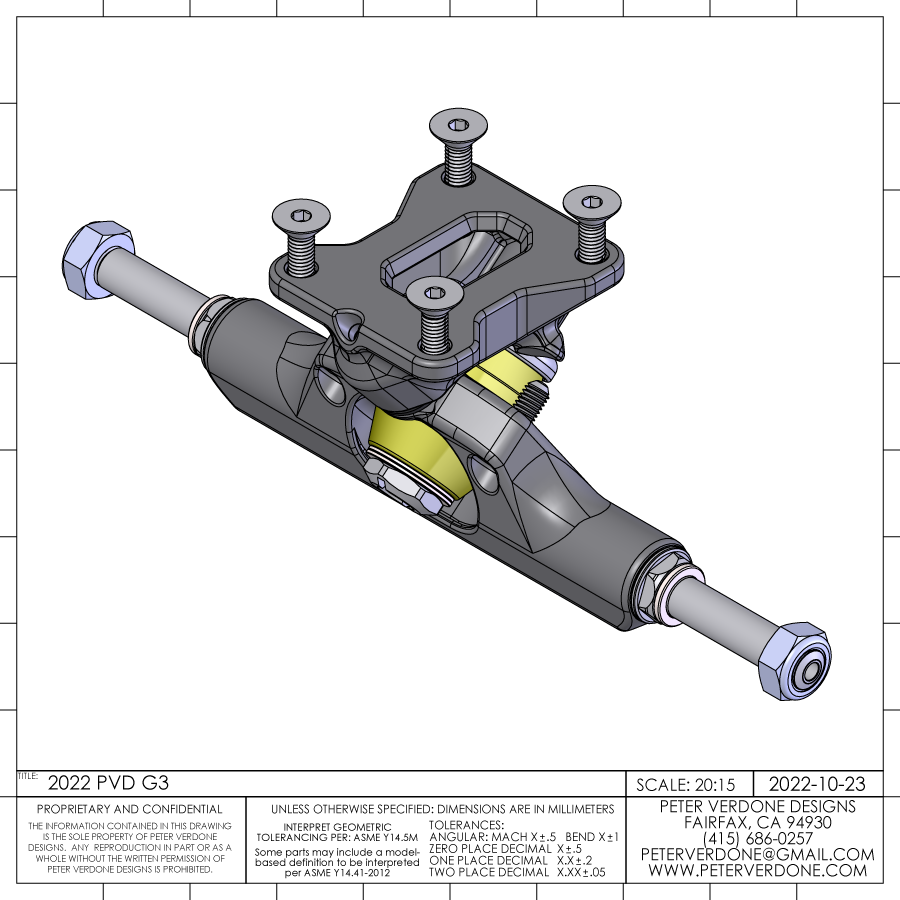 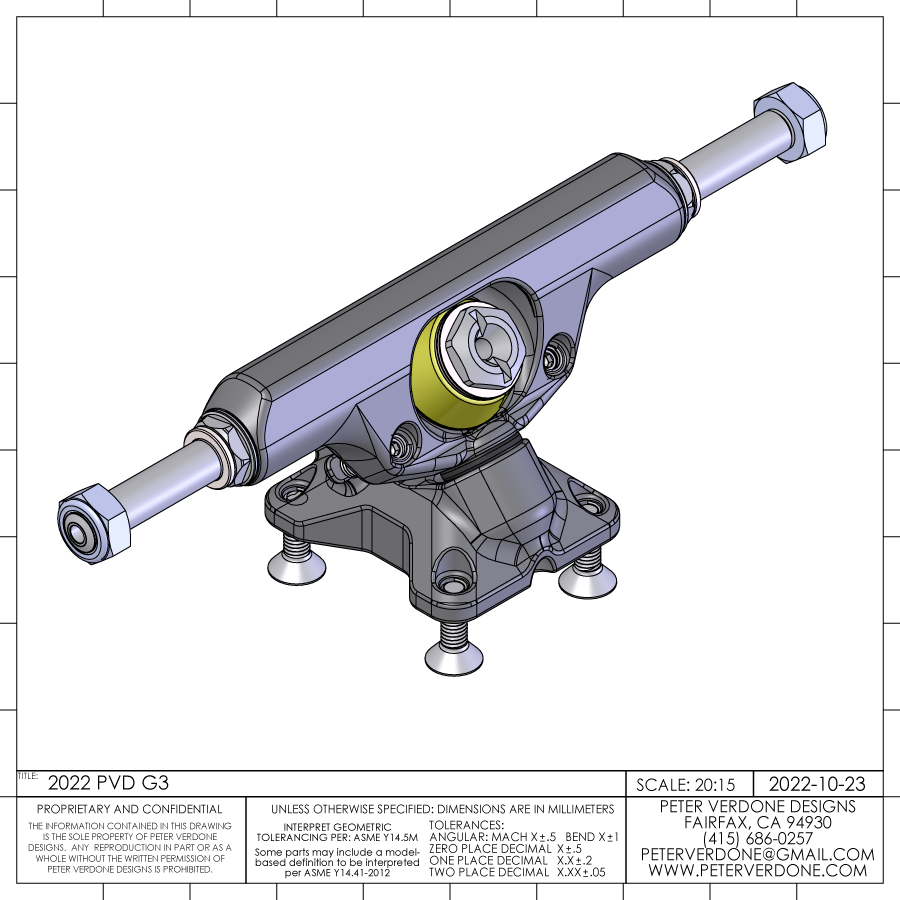 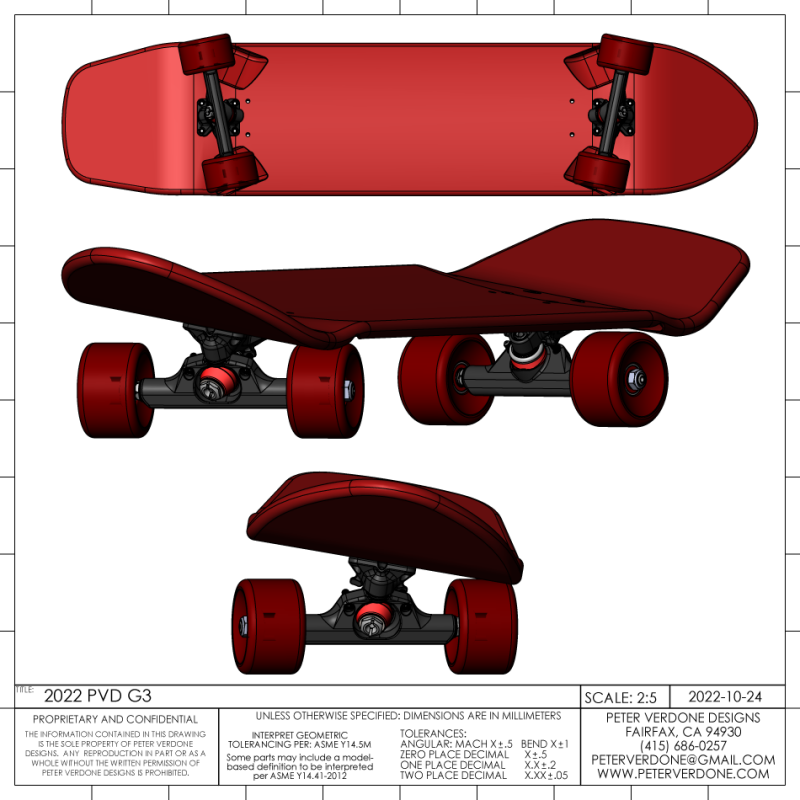