The mountain biking season is entering it’s second phase, summer. The first rains in the late fall mark the first phase, the racing season marks the second. The Sea Otter Classic is just around the corner and the 1st National Series Race is even closer than that and the Pietermaritzburg UCI WC is this weekend. Our bikes get a little worked with the winter riding. Wet and mud don’t make them work too well. Still, lots of miles get put on as conditions are just so fun. Anyway, it’s time to put some new shoes on the bikes and get them ready to hit hard and ride fast. My bikes had been neglected during my injury recuperation and lending bikes out to the professional girlfriend wore down my rubber. Tires are now!

Mary is sponsored by Hutchinson tires. She’s got the hook up. The box just showed up for the 2012 season and it was overflowing with Cougar tires, one of their best tires yet one that is not advertised in the US for some reason. WTF? Is anyone there paying attention? 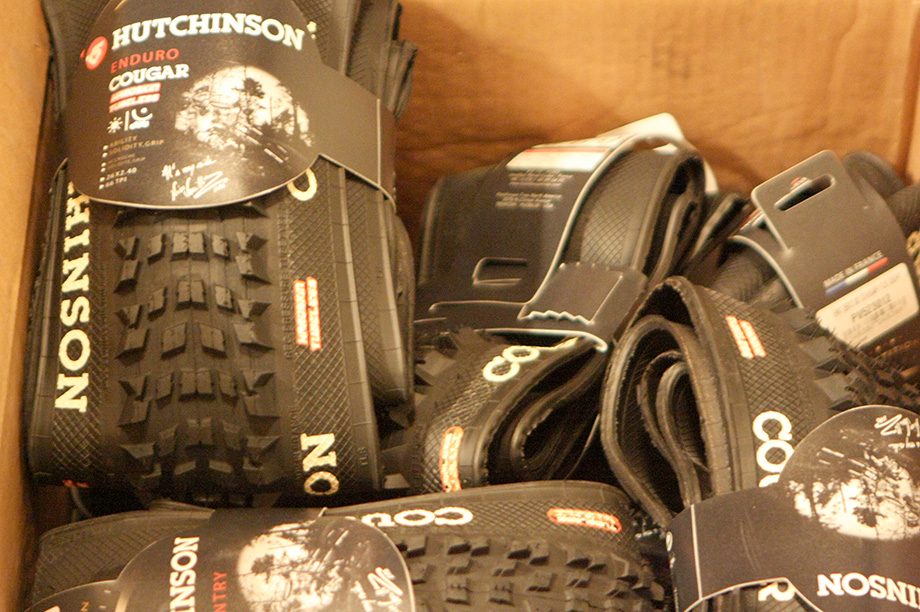 I’ve been using up a large stock of Kenda Nevegal 2.1 UST tires for the past few years. It’s an awesome tire and what I consider the standard to measure other tires against but I’ve been interested in trying some of the newer and modern tire designs.

These are three tires that look to be some of the better choices going right now for serious trailriding.Here’s some of the details of what we were mounting up in the basement last night.

For honest trailriding with 26″ tires, you want to have a tire in the 2.1-2.2″ range. Too small and you can’t hit hard and you flat out. Too big and you loose feel, drift, and get slowed down considerably in the climbs. In general, the softer the conditions – the narrower the tire. A good spread of medium height knobs that allow for smooth rolling is desirable. I like a more rounded tire profile. Others like flatter profiles.

All three of these tires were mounted on Stan’s ZTR Flow 26″ rims. 28mm outside width and a 22.6mm inner width. This is pretty much what were’re all running for all but big boy DH riding. It’s a great rim, it’s light, it’s wide and it tends to hold air. What’s good about this is that all the measures here have some sort of control.

A word on weight. When tires get too light they ride poorly. They may win you races but they arn’t going to be a lot of fun. Too heavy and you just suck wind instead of flying. I like to see a tire in the 650-850g range. This allows you to hit any trail as hard as you like, corner as hard as you like and still make several summits in a day of riding. I also prefer UST and tubeless type tires. They have nice stiff sidewalls that produce a great ride especially for me as a heavier rider. I neglected to weigh these tires. The continental lists 740g. and the Schwable lists 655g. and the Cougar is 735g.

The Continental Mountain King Tire 26x 2.2 UST – 56.5mm. This was the largest of the three tires. It got mounted on the 160/150mm SC Butcher. It’s bigger than what I would have liked but still quite nice. It’s just on the big side. 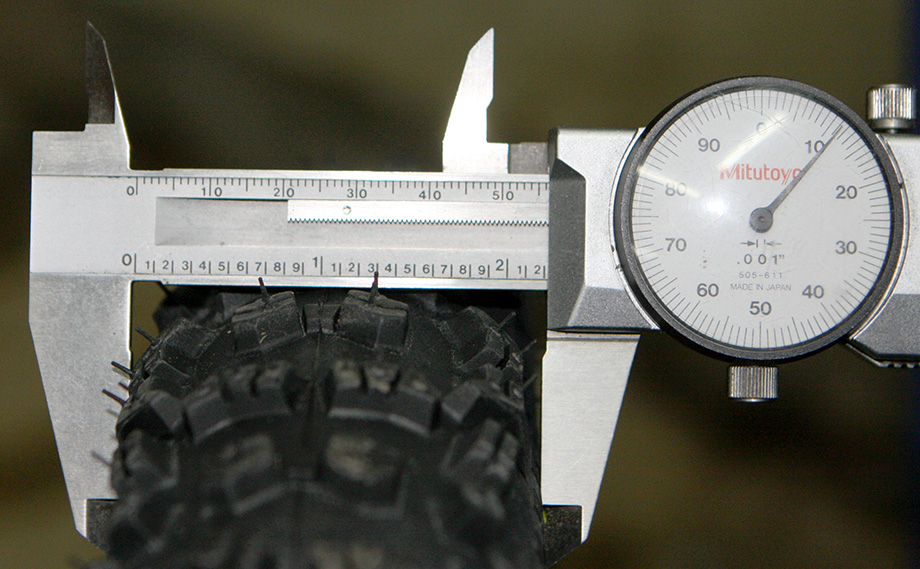 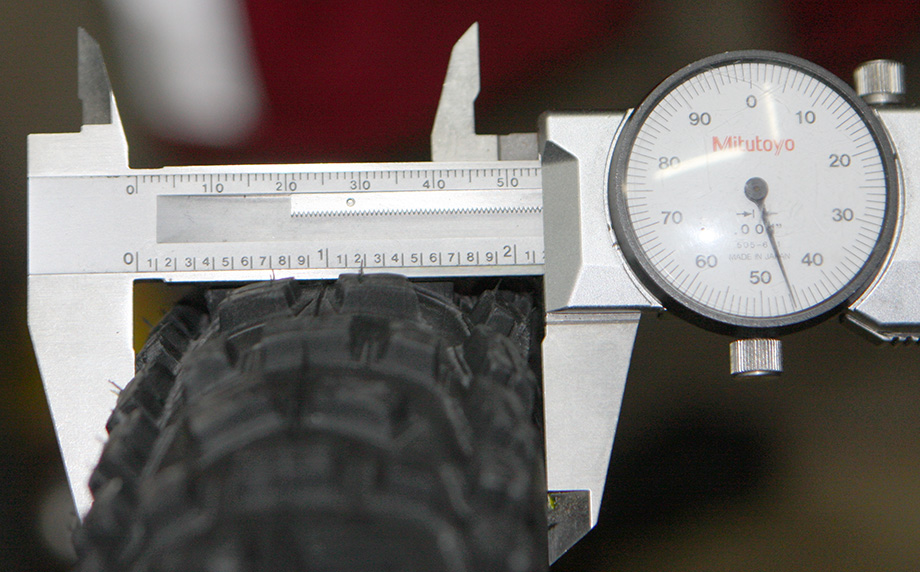 Hutchinson Couger 26×2.20 Tubless Ready Hardskin – 52mm. This is a great tire. It’s the smallest of the 3. It’s a great tire for Super D or Enduro racing where you need to keep rolling but you don’t need drag. 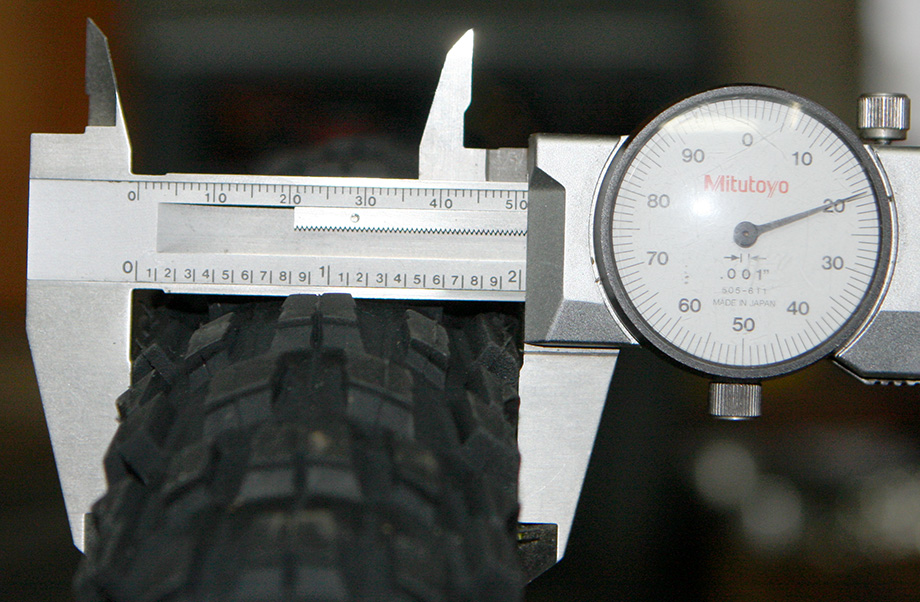 Of these three tires, my greatest hope is for the Schwalbe Fat Albert. It’s perfectly sized and the knobs look right. I’m worried that it might be too light but time will tell there.