“I can make a streetfighter out of anything!”

That was the title of a post made by some internet clown in the BARF-Garage forum a few years a go. It really stuck out as the whole “streetfighter” thing was in full bloom around then. Essentially, this guy had ‘invested’ in a $3.60 hack saw and figured he was now Arlen Ness. It was a disgusting time. So many ruined bikes. Such poor quality of work.

I have a problem with the name ‘streetfighter’. It’s just so lame and pathetic. Like a 14 year old boy fantasy toy. I prefer the name ‘super standard’ or ‘sport standard’. Like an old UJM (the modern ‘standard‘) up to date and set up for true high performance.

So, it was Christmas Day. I’m in Paris, France. Alone on my skateboard pushing through the empty streets. Just taking in the town while it was empty. I see a GSX-R that had been modified. It didn’t stick out at first but I was drawn to look again and closer. It had been converted to a super standard but it was so much nicer than any casual conversion that I’d seen in America. The main element was that the gauges had been relocated to an aftermarket ‘bonnet’ on the gas tank. Swapping out the fuel tank front cover piece. It made all the difference and the bike looked great. Clean. I would have done a few things different, but it was an A+ job.

I was not easily able to find out where to get one of these gauge mounts. If somebody does know, please contact me. It’s such a great solution and executed perfectly.

Many of the parts are from Rizoma. Very cool stuff. 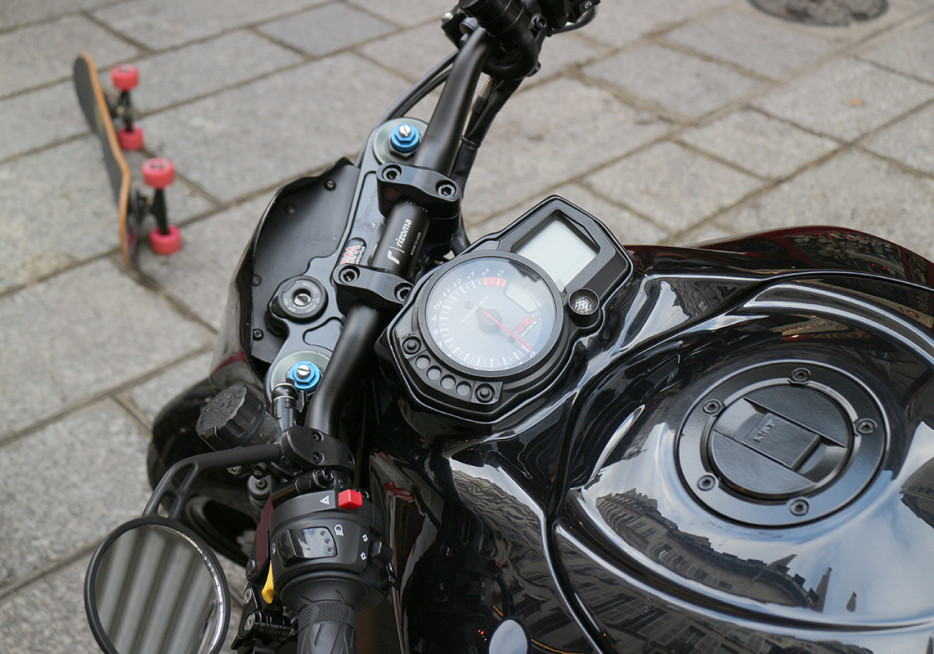 Another thing I saw that day, close to the Eiffel Tower, was a killer commuting scooter. A stock Yamaha T-Max 530 with an aftermarket Termignoni exhaust, a nice apron/leg cover, and a nice back rest for the passenger. It was just the right thing for getting around in the modern urban world (although 400cc is about the max for a scooter in my world). You see the coolest stuff in Europe. Things done right. 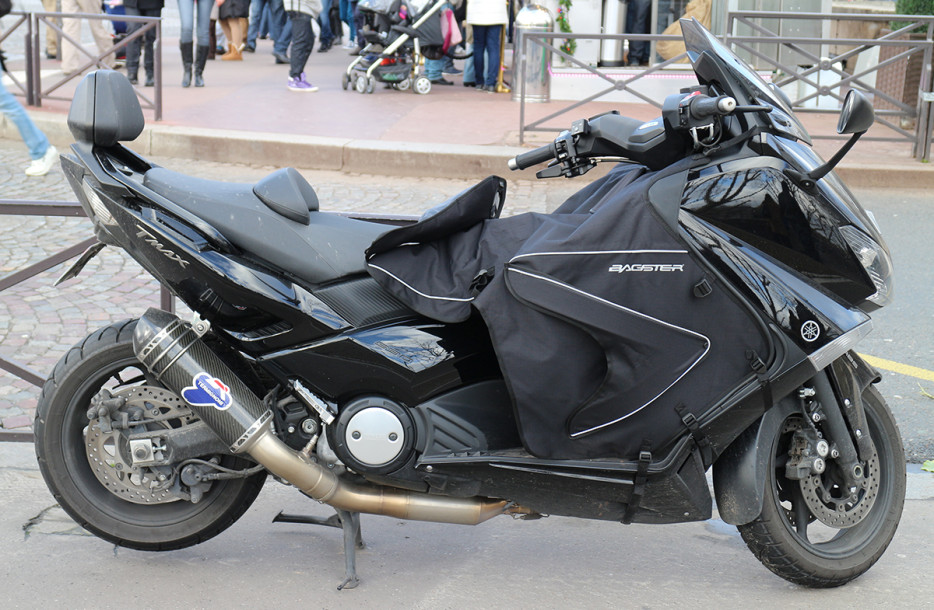