This happened. We all get to look and see. The carcass of my soul and pride lays in front of you. The message board heroes get to point and laugh.

Public failures are a double edged sword. On one side, they give others ammunition to bring me down. They can point at this and say I’m the fool. On the other side, it’s in failure that we really learn. From them, we make changes for the better or see the problem in new light. We are forced to make another iteration. Even better. Stronger. Faster.

I try to adhere to an intellectually honest practice. I post failures while many do not. I believe that intellectual honesty demands that. I have to do this even as it hurt me in the eyes of others. This knocks down my status. The reward, over time is that my understanding grows far more powerful as I’m not hiding even from myself. The truth is not feared. I can take chances. This may sound quite separate from what I am usually discussing but it’s not and it’s something that holds many people back, whether they be in academia or in the market.

I had just entered the deeper rut zone on Zig-Zag and was ramping up for the heavy stuff.  I heard a loud ping and thought a rock hit my down tube. But then, steering went totally wrong, just in front of the first of the deep rut drops. It was a totally foreign feeling. I stopped quickly to investigate.  The rear wheel was not in line with the bike. It was all cocked up. This was the second time I found myself trying to ride down Zig-Zag on a completely broken bike… but that is another story from a dozen years ago.

I had another failure of a 3D printed part on the Firefox. This was in a higher stress area of the chain stay yoke, well away from the weld zone in the middle of the print. The rear wheel pulled so far out of line that the dropout on the opposite side also tore.

This is another example of  a part made a bit too thin. Actually, way too thin. Now we see this failure creeping into non-stem parts on my bike. This bike has seen six months of rough riding under a heavy rider. Problems were bound to be found. I’m moving into a new phase with using 3D prints. There was nothing that could have been done after completing the Firefox and finding that prints were too thin other than just keep riding it…and see what happened. That gave me time to think about more changes. Now that’s over and I go to the next iteration.

There’s another engineering issue that helped the failure some. It was in the design of this part. I need to own that. Every little bit helps to make a failure happen. I will improve the geometry of the next part. This is also the game. Sometimes we can’t see things until we see them.

What do I know about the Firefox at this point? The geometry that I was testing was going in exactly the right direction. I have so much more to go. The bike was AWESOME on trail. It was special. The next is going to be even better. This is so exciting!!

The good news here is that I’m drawing up a pair of his/hers frames for me and Windy that will push the geometry a bit harder than what I had done with the Firefox. This will be a huge upgrade for Windy from her early 2018 PVD Glamorous Glennis. For me, I’m expecting a reduction to 410mm rear center, a 67.5 degree head tube angle, and an effective 75 degree seat tube angle for changes from the Firefox. 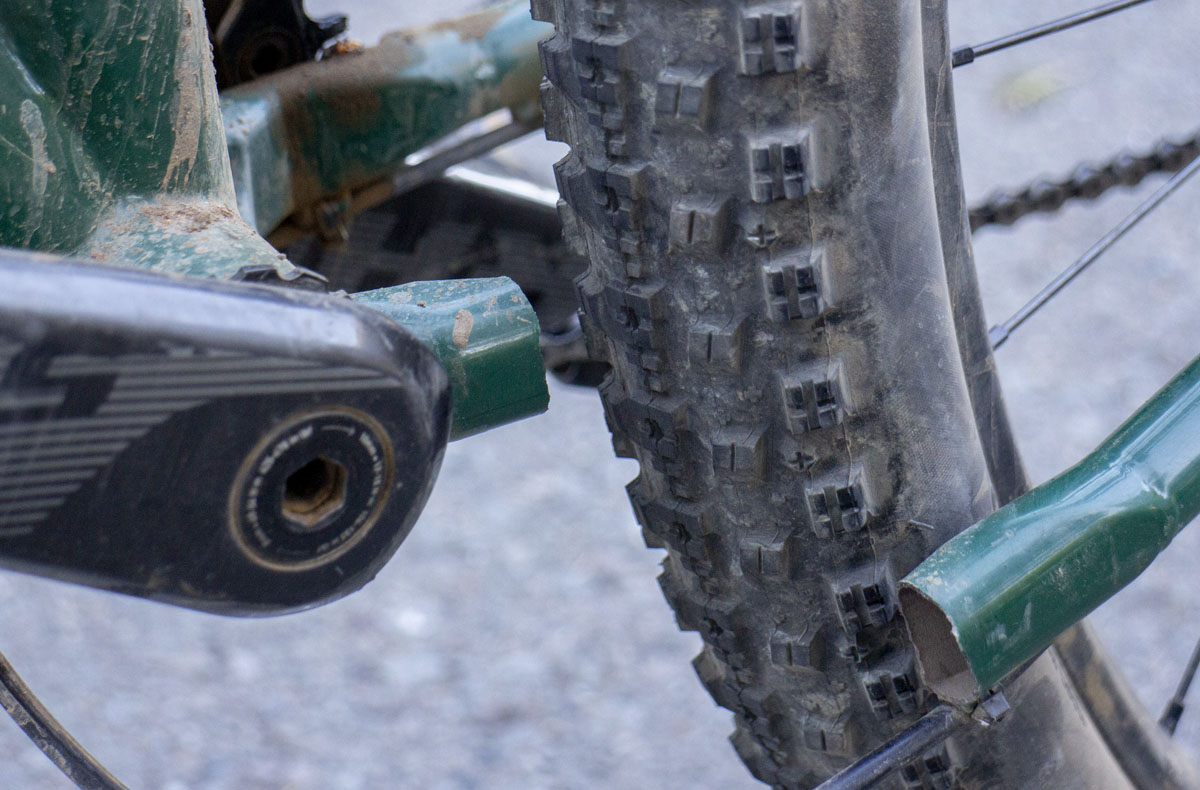