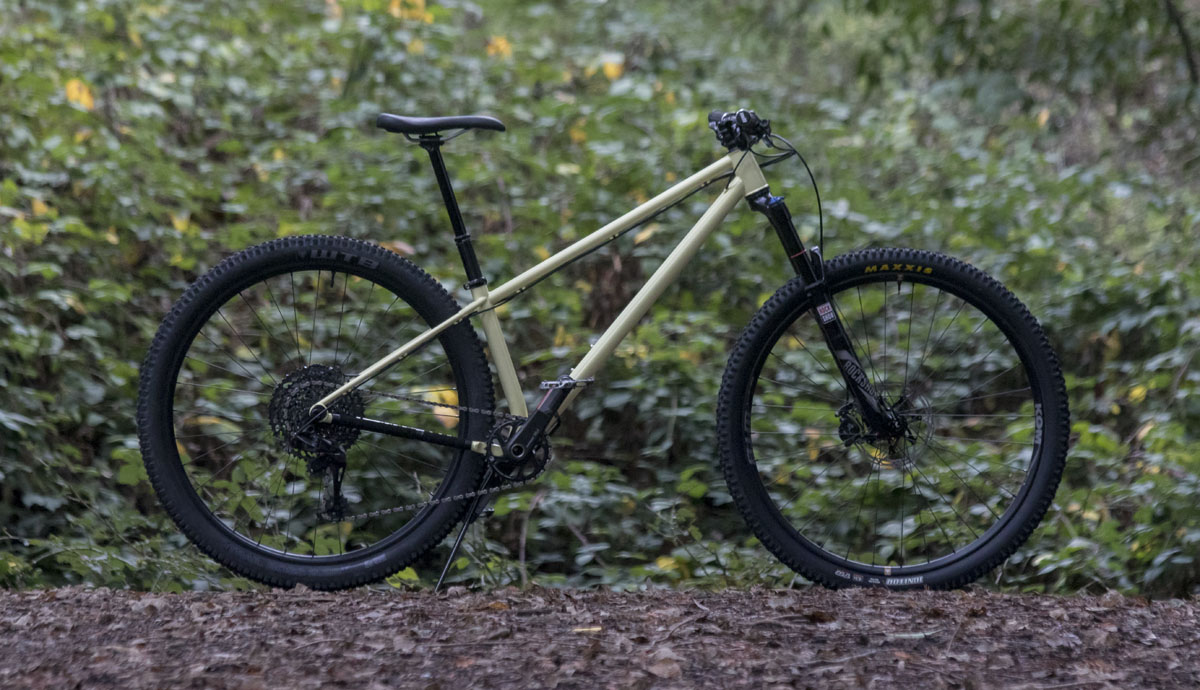 In 1947, Chuck Yeager became the first human to exceed the speed of sound: Mach 1.06 (700 mph). He was piloting a Bell XS-1 #1 jet named “Glamorous Glennis”, in honor of his wife. Both names are now part of history. (btw, he made this flight with two broken ribs) 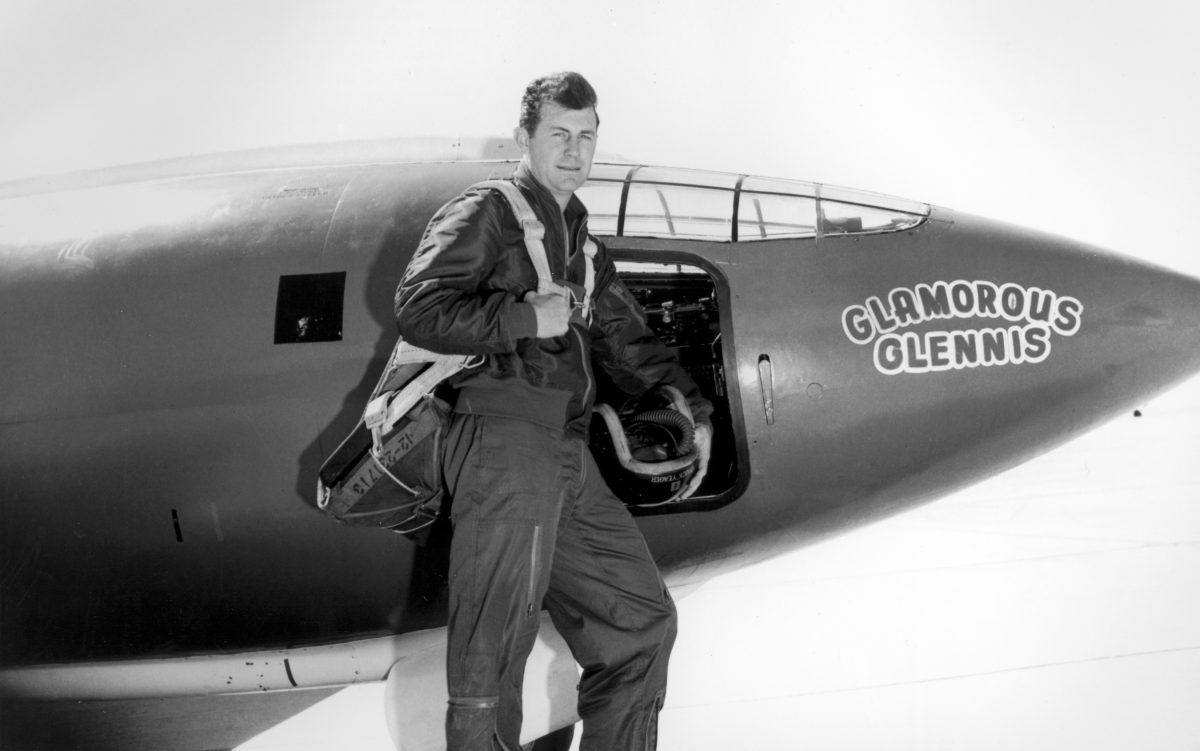 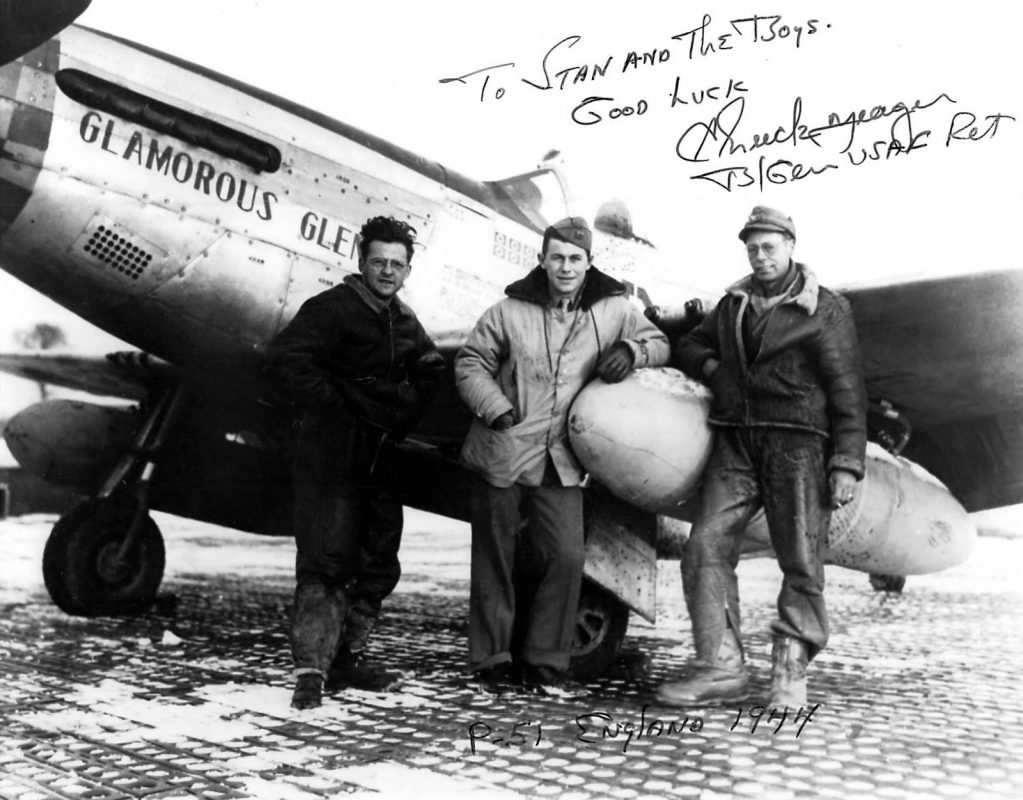 I guess that that’s what love does to a guy. It makes him stronger. 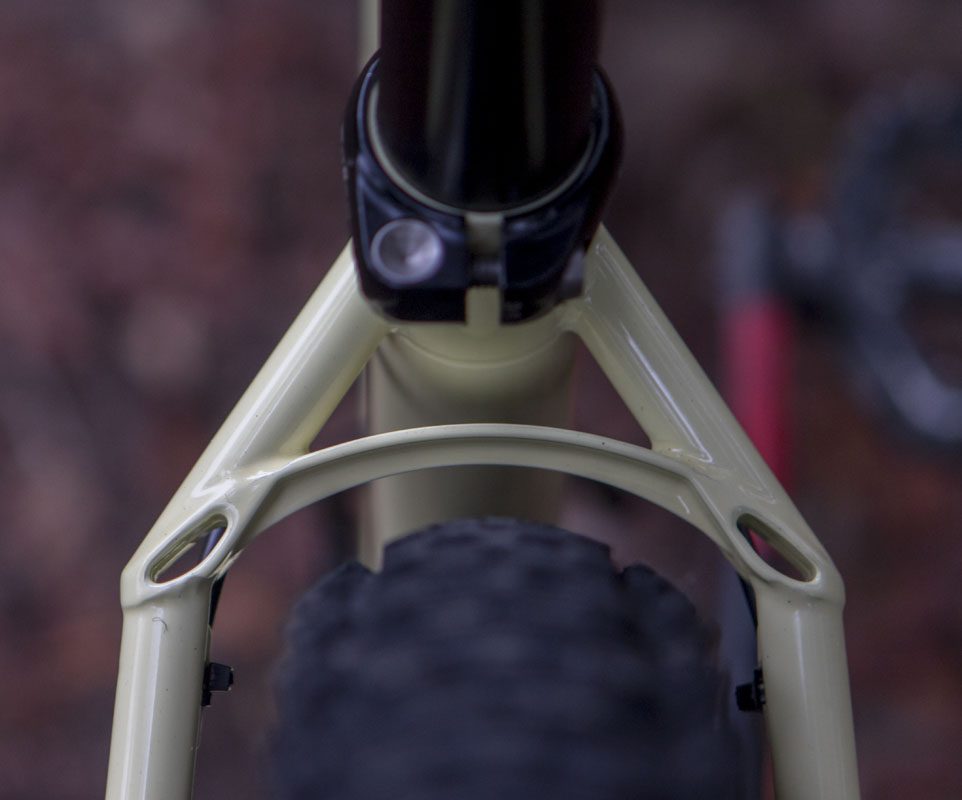 I built my wife, Windy, a bike a year and a half ago. The PVD Pink Five. It would have been fitting for that bike to have been named Glamorous Glennis, as I was saving that for a special lady. But this frame was following the epic build of PVD Red Five so a more derivative name was in order. PinkFive was a fitting name and left the historic non-fiction name available for this bike. I keep a few names tucked away for just the right project. Saturn V, Huey, T-47 Light Airspeeder, etc.

Over the last year and a half on the bike, Windy has learned more about riding and what she needs in a bike. We did the Pink Five build almost totally blind. Just a few setup rides on a few loaner bikes. This time we had a lot more to work with on geometry adjustments for this 5’6″ rider. I’ve also been learning the more subtle details of the modern hardtail. Also, my new seatstay yokes would work better with smaller stays (not done on Pink Five). The bike was going to get pushed hard. Fast, svelte, and looking good.

The Glamorous Glennis uses Blackbird-class construction, with some modifications.  I love working with the Blackbird yokes. They make rear ends come together smoothly and easily, even with the tight conditions. Like I said, I cut the seatstay yoke down for the the 1/2″  stays rather than the 5/8″stays they were designed for. They look pretty good from the side but it’s obvious that there are some subtle spacing issues with the smaller stays when looking down. Nothing that is a deal breaker for now. I’m going to be redesigning the seatstay yoke so that I have two versions for different stays. I’m also having an issue (still) with welding distortion making problems during construction. I need to make them a little more robust so that they stay true at each step.

The frame is scaled down from the big boy stuff I ride. It’s ‘right-sized’ but still designed to go fast and in control. A 1.5″ down tube with the 3/4″ chainstays keep the bike pointed. A tiny 1″ top tube adds drama. Of course, because of the 170mm cranks Windy uses, I could lower the bottom bracket an extra 5mm. A less aggressive cockpit for a slightly upright position that Windy likes. Lighter 32mm chassis 150mm travel fork with torque caps to bring back stiffness. The scale of the tubing, fork, and seatstay yoke are really something special here. Something I’m calling “Girlie Enduro”.

Windy also now gets upgraded to an Onyx rear hub and BikeYoke Revive 185mm seatpost. SRAM GX12 had already been added to her bike. The bike is a little sharper and refined than it was before. 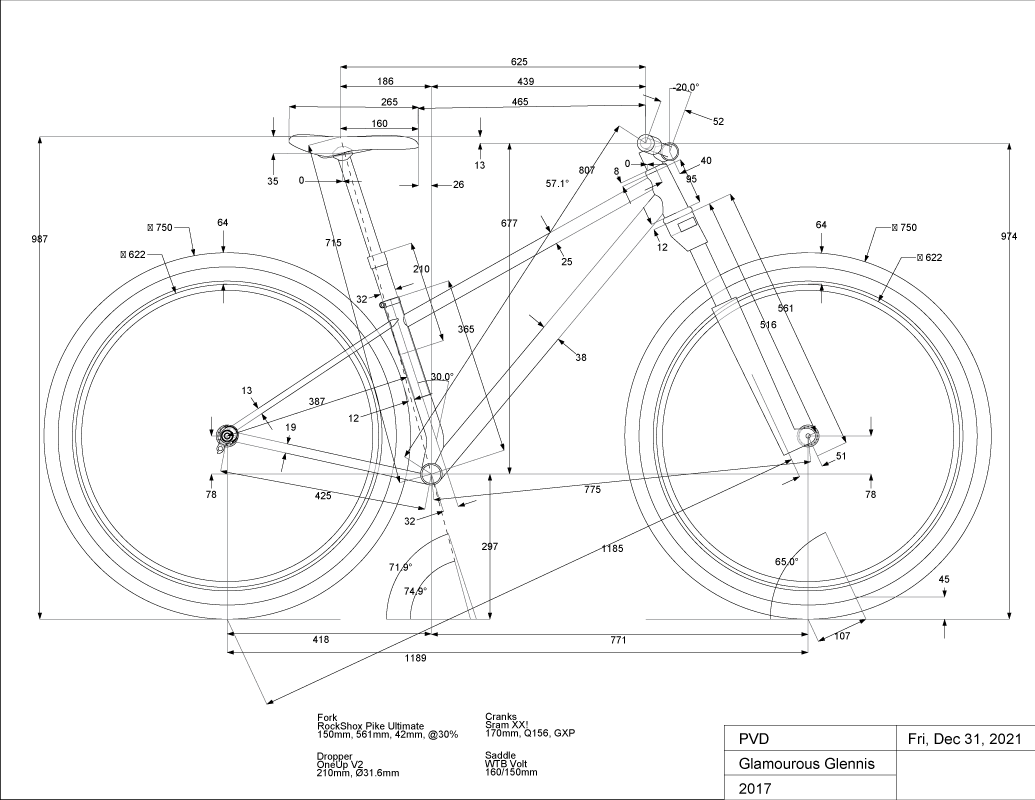 I think that the rear stay connection to the dropouts is one of the more dramatic points on the bike thanks to the smaller seatstays. This technique is super strong and looks amazing. It cups the dropout, like I do at the bottom bracket and around the seat tube, for maximum support. This is mirrored at the seatstay yoke. Structure; it’s what’s important.

I like to carve the fuck out of the PMW DR2065 dropouts. They’re nice but they are a blank. They demand sculpting. Foredom to the rescue! My six degree of freedom machine tool. The dropouts get slimmed down, chamfered, tapered back. I give the wheel a faster entry. I do the details work that helps paint stick and look right. It’s a serious amateur move to leave these things in their supplied state. 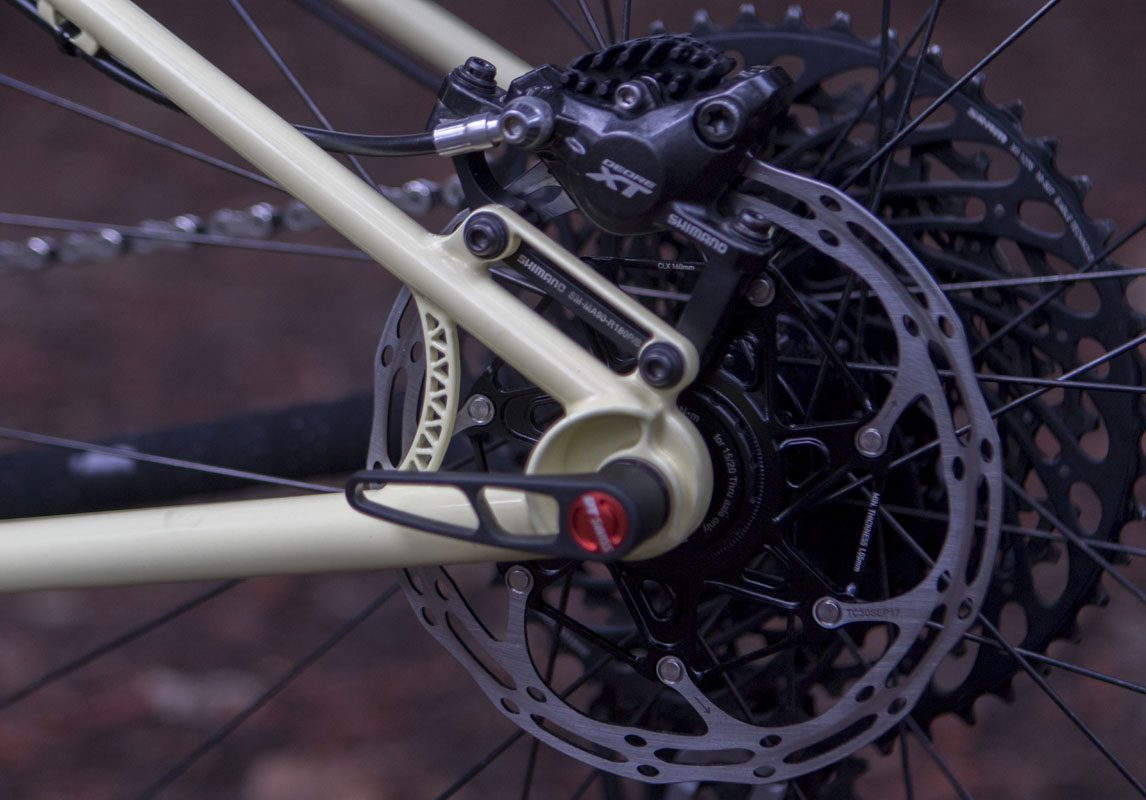 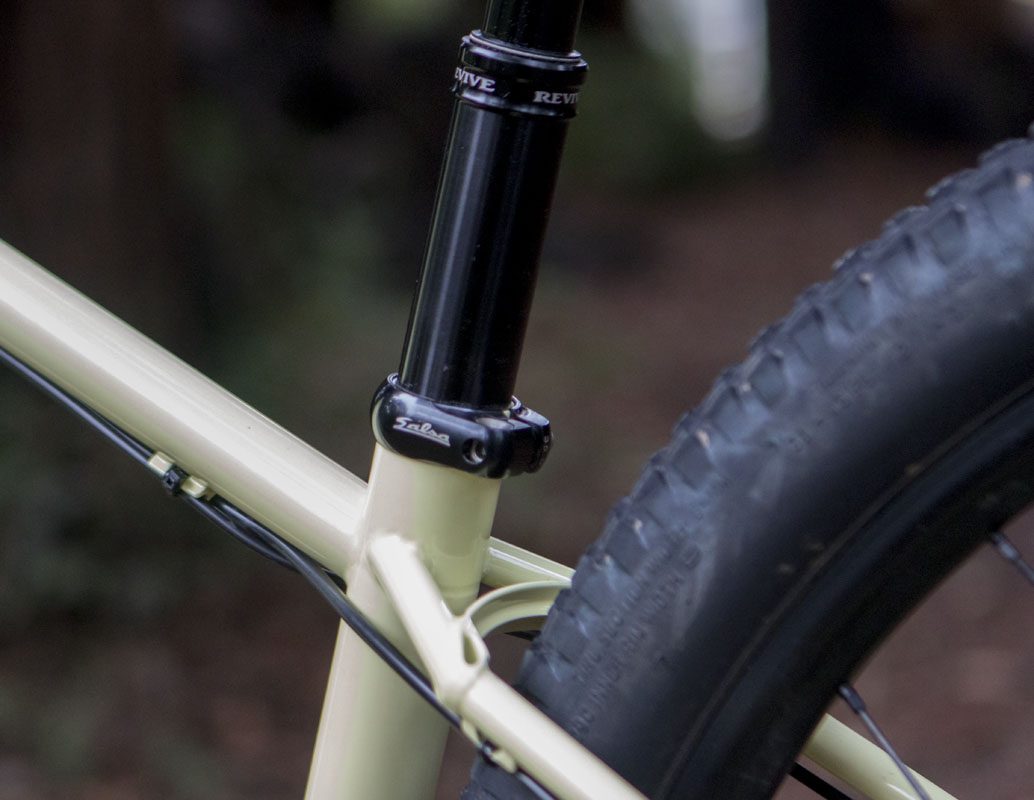 The WTB Volt saddle even got re-covered in leather for better looks and far improved durability. It’s very nice now. A shame you can’t buy this kind of thing. 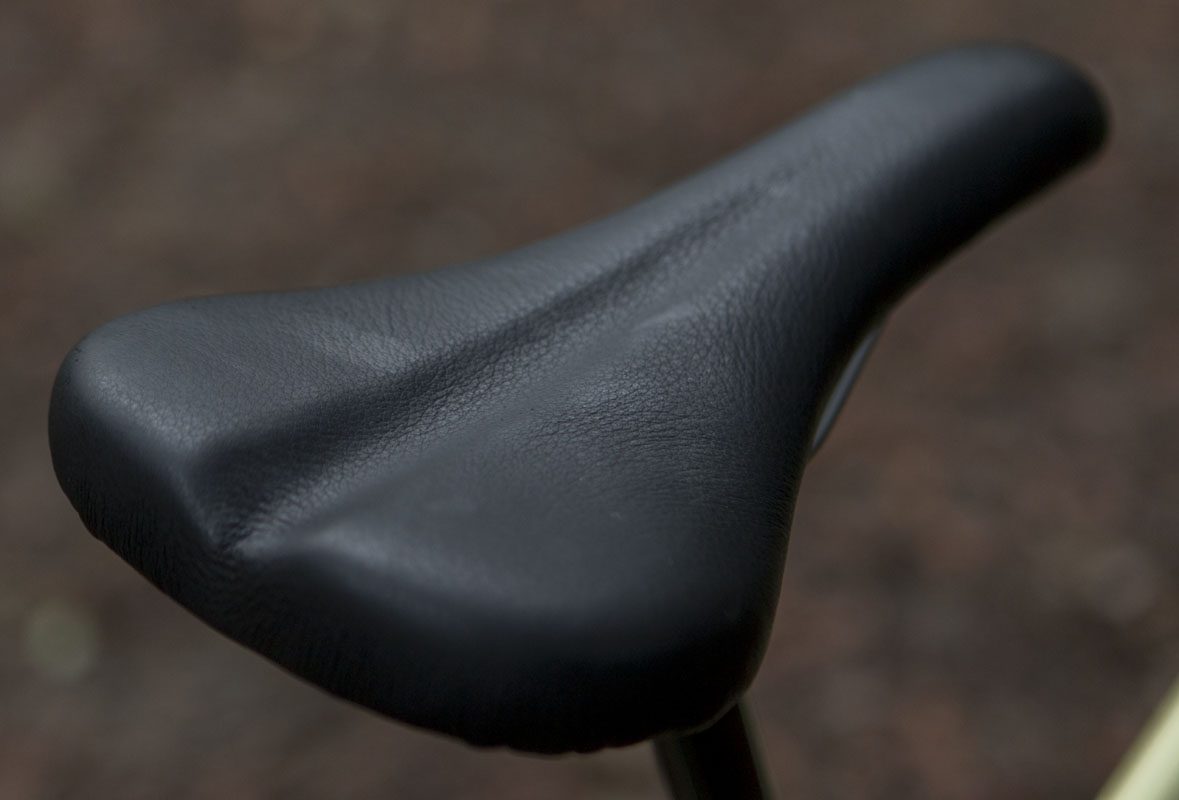 The BikeCAD prints are nice for fitting and setting jigs but the real design issues are sorted out in 3d. 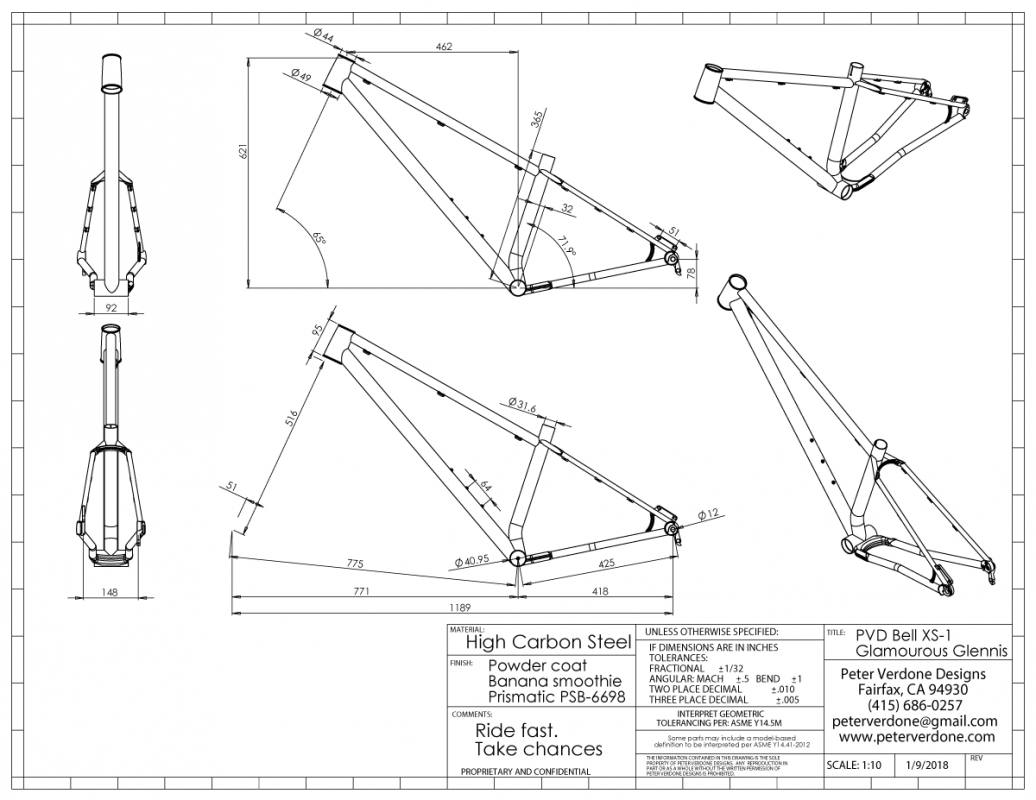 A 365mm seat tube gives plenty of room for more dropper, a 225mm if it’s ever deemed real. With the BikeYoke 185mm dropper there is a lot more room to go. This offers a range of adjustment that few frame designs have. We could lend this bike to a much shorter rider and it would still work well.

It’s fun to work with the design in the modeling environment with the color similar to what it will be painted. It keeps the perspective right. Banana. Dam. 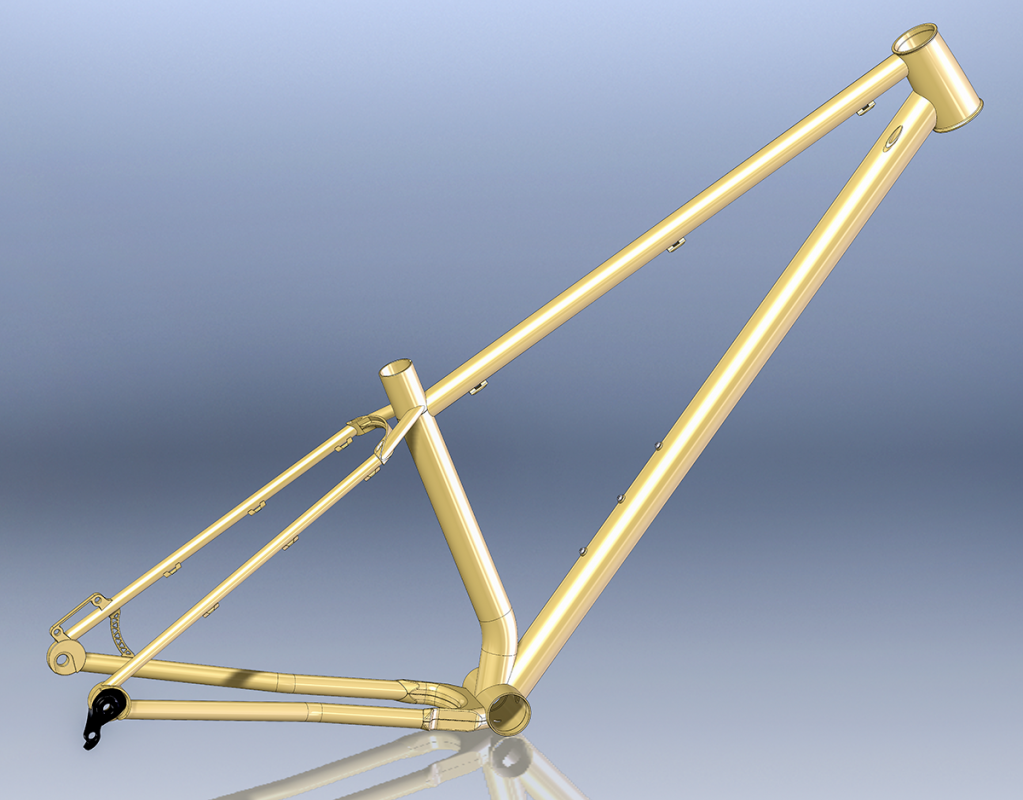 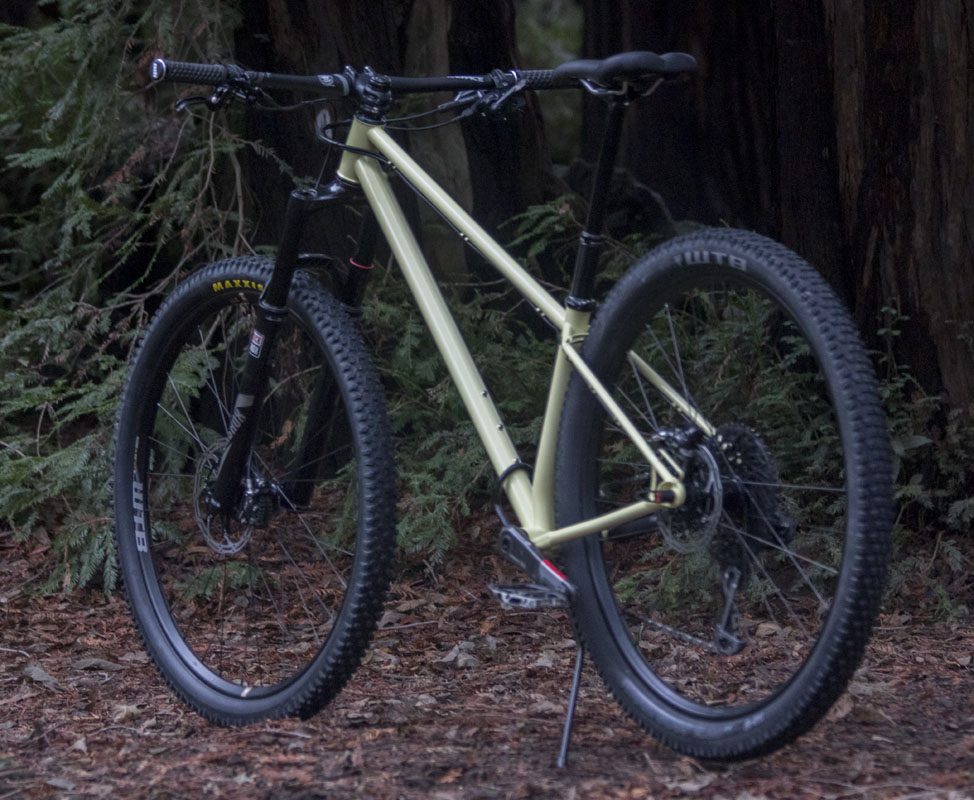 It’s always nice to get a bike up before NAHBS, a month away. I don’t show there but I like to have something in the ether to remind folks that the metric isn’t always in the commercial space. I like to give the mountain bikes of the show something to be measured against. Something that points to what is working, not just what is pretty.