My new (to me) Yamaha Majesty scooter had an issue. The gearing was way too tall for it. It kept the bike feeling pretty mild. Something many people like in a scooter but not something I do. I want every bit of the bike working. This gearing was so tall it left a lot on the table. There’s plenty of room to increase the revs and gain a lot of acceleration. In stock form, the clutch is engaged and the system is spinning up to 5,500 rpm. Then the rollers begin to push the ramped plates together and into the belt. This load brings the revs down to 5,000 rpm. They then, as the variator functions, rise along with the bikes land speed and top out around 7,000 of 8,250 rpm (redline).

I ordered some 13g and 10g rollers (24mmx15mm) from BattleScooter to replace the 8x 15g rollers that come stock.  The rollers are from Daytona in Japan (P/N 0120-60-4955). They aren’t as nice as the stock rollers, but they will work just fine. At $10 per four (4) weights, this is a very inexpensive modification. The choice of the 93 gram weight set was based on some information I found online about the specific needs of the Majesty. It was as good a starting point as anything and is was the most aggressive swap I found which would make for good test bracketing if needed. In general, when in doubt – make big changes.

Once I made the swap from the 120 grams to 93 grams, I now have variator function from 6,000-8,000. It’s quite the acceleration boost. Along with the 60 degree throttle that I put on the bike, It’s now a pretty quick little commuter.

This change of roller weights only effects the gearing of the machine. The performance of the motor, it’s torque output, remains unchanged, I’m just now making more and more fun use of what the motor can do. That is, 26.8 ft-lb @ 6000 rpm & 35 hp  @ 7250 rpm.

FYI, 20-40 horsepower is more than enough for the realistic utility use of a motorcycle or scooter. I’m not talking about intercontinental ballistic bikes (grand touring machines). I’m talking about everyday machines that people in the first world construct their lives around. 20 horsepower will do 85 mph on a level highway and keep up with traffic going up any hill or over any bridge. 40 horsepower is enough power to take two people around town and highway without breaking a sweat.

Checking the speedometer calibration prior to doing any kind of gearing change is a wise idea. As the sensor is on the front wheel on this bike it won’t make any difference. When the speedometer reads 70 mph, the gps reads about 63 mph. That’s a 9% error. Common. Most bikes will be between 5 & 10 %. I may have an old Yellow Box that I can toss in to correct. 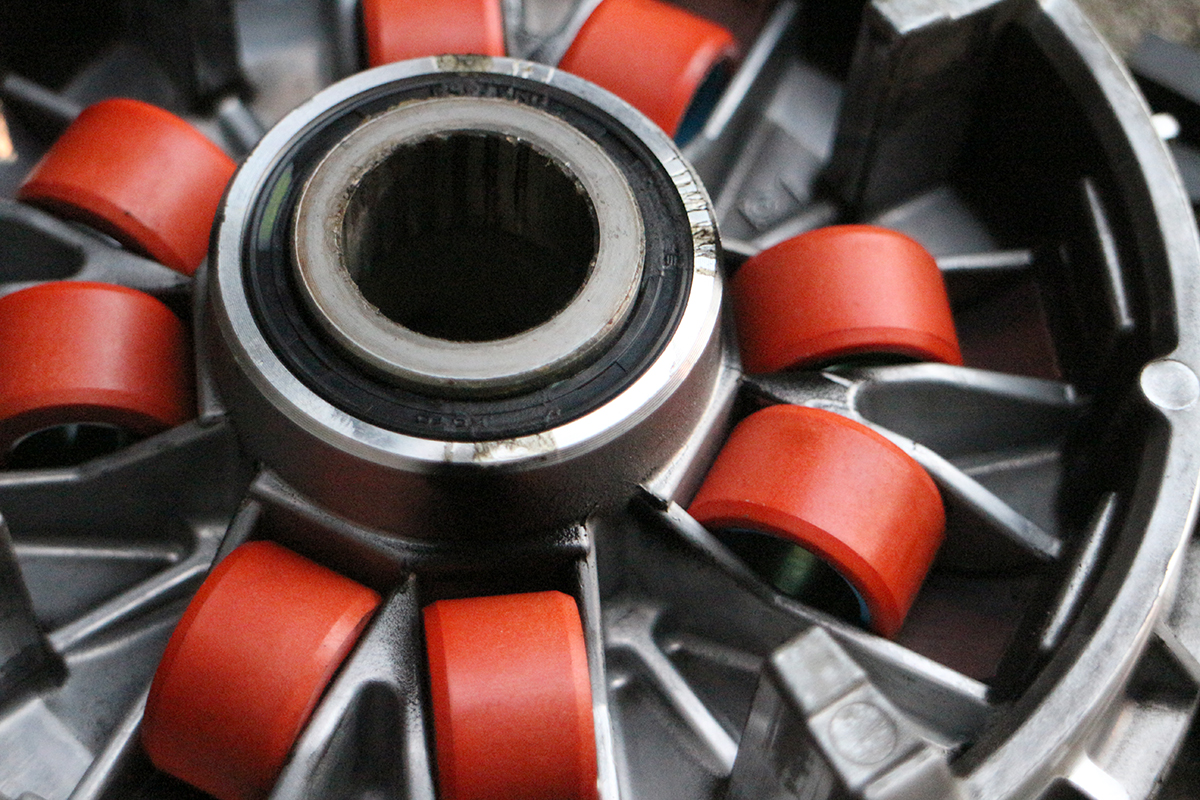 Tools needed to do the job are as basic as you could imagine:

This is a very well designed machine. I’m more used to working on Honda bikes and more recently Suzuki bikes. It’s been 15 years since working with Yamaha but they are nice enough once remembering the conventions.