There are right ways of doing a job and wrong. People talk about this a lot but somehow few really stick to it.

Recently, while trying to solve some gearing issues, I ordered a custom chainring from Warhawk Industries. I wanted to get a 32t and 34t ring in 80BCD. I ordered the part with 2.5 weeks to go before a race I wanted to use it in. I used the online interface. After getting no confirmation mail or call regarding the order or any other information back after a week, I called them direct. They answered (obviously disorganized) and told me they’d send an email when they found the order details. This happened about 3 times before I just gave up. Two weeks after that race had taken place, I get a tracking order via USPS. Then the part shows up the week following. I understand it takes time for custom work, but having to wait 5 weeks to get any confirmation from a third party is a total joke.

But that’s when the fun really started. I had already figured out a solution to my needs by then but the part in front of me would have been a massive let down had that not been the case.

These guys are completely lost. While the part looks similar to what I’d call a chainring, it’s not the real thing. It looks to have been designed in about 2 minutes with no understanding of the task at hand.  It’s super thin. It has no counter bores, chamfers, or profiling of any kind other than the belt sanded tooth edges. The tooth profile doesn’t even resemble a properly engineered part. I’m literally angry with these guys and the gall they have in charging for carnival grade junk. Fuk! 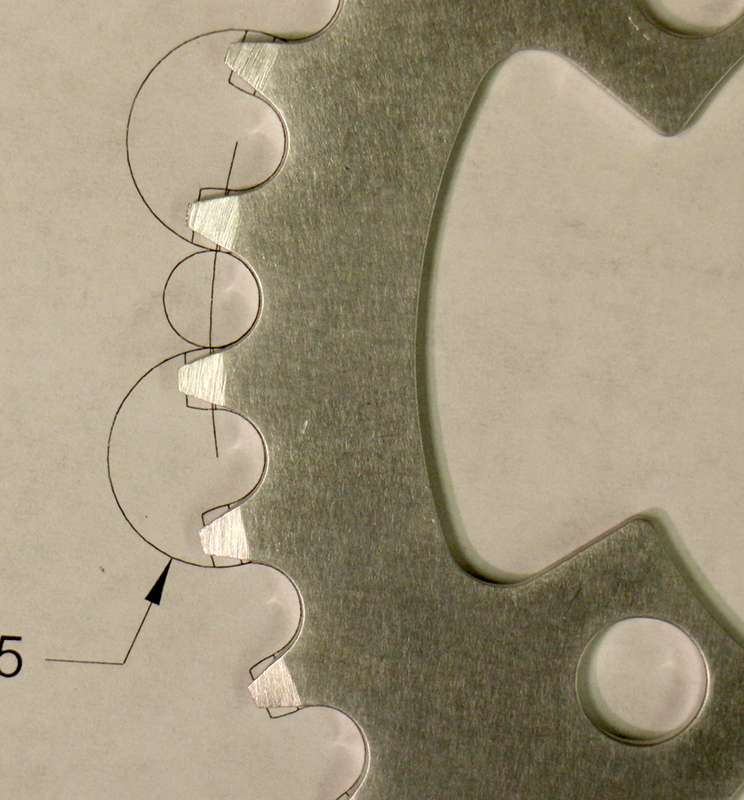 Here’s the classic example of crap gears that folks should be aware of, singlespeed cassette cogs. Most of the cogs you see in the wild are total junk. They come in cheap kits or with hubs. They are so bad you shouldn’t use them as they will actually harm your drivetrain. You can see it plainly when compared to quality cogs like Chris King, Surly, Profile, and a few others. 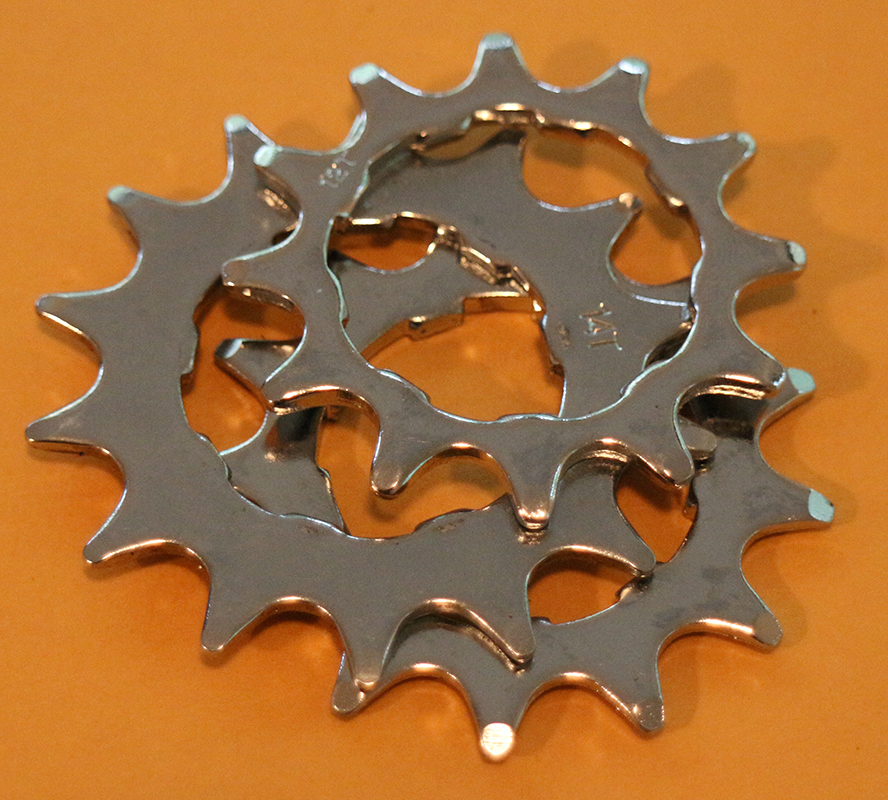 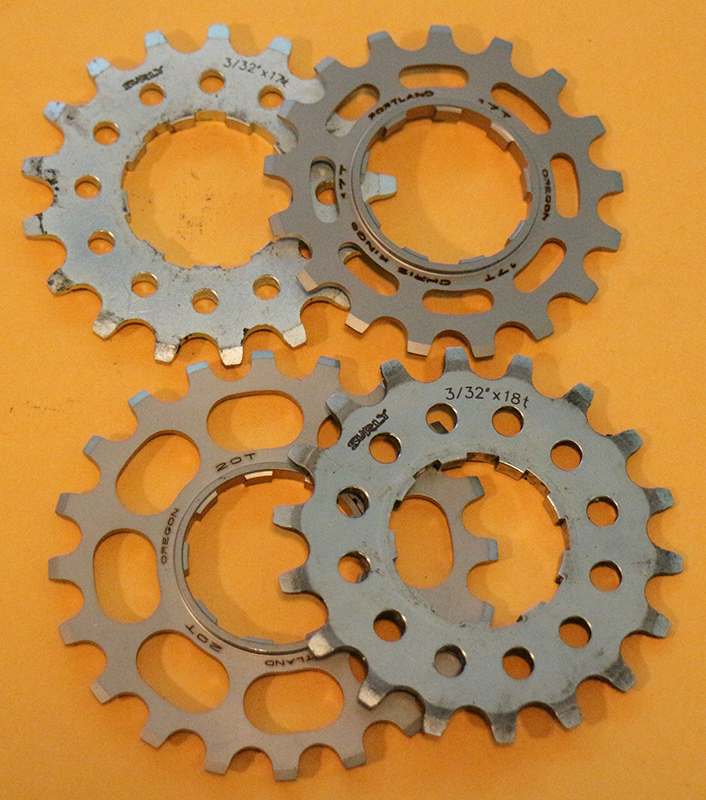 On another note, one of my serious peevs in bike setup is a chainring bolt bare against the spider. It’s rank and base. Almost nothing says ‘low rent’ like it other than an ironic rack on a bike. Shamefully, I was recently doing it to get by on my recent re-gear of the CX bike. This curse lasted about one test ride.

To protect the face of the spider, I initially used a 0.60mm aluminum chainring spacer from Wheels Manufacturing that was just not up to the test. In a pinch, I moved on to a 16x10mm stainless washer (Actually, NAS1149C0663R even thought a NAS1149C0632R would have been nice if I had it around). A washer here spreads the load over the spider better than the 12mm flange of the bolt around the 10mm hole. The washer was just too thick, raw, and ugly as sin. I designed a fancy chamfered and counter bored washer from it to give a more finished look to the deal. The first part I made was 14mm diameter covering an area of 75.4 mm^2. A 218% increase of the area of the 12mm part, 34.6 mm^2. That didn’t look as fine as I had planned so I upped the diameter to 15mm, 98.2 mm^2 (284% increase). Fifteen millimeters looked much better. I’m glad I finished things right.

For doing chainring bolts, they are not all created equal. The standard thread of a chainring bolt and nut are M8x0.75mm. I love the Shimano SLX M665 outer chain ring bolt set (#Y1KG98040, QBP# CR6174). In this case, I needed something longer and used the Truvativ Chain Ring Bolt Kit 4-arm Double w RG Long Steel/Steel Black (#11.6915.017.000, QBP# CR2471). The Truvativ parts are great mechanically but could use the finish work that Shimano puts in. One issue with the Truvativ is that they use a thread that is completely different than the industry standard. They are M8.5×0.75mm (confirmed with SRAM)(XX1 bolts are 8.5mm as well, FYI). Very strange stuff, but they work great as a pair. The industry really needs to offer a quality selection of nut lengths rather than bolt lengths as that is where the heavy lifting happens.

In conversation with SRAM, they stress that a chainring nut/bolt should never be mounted directly against a carbon spider and that great care should be taken when exchanging spiders among cranks. 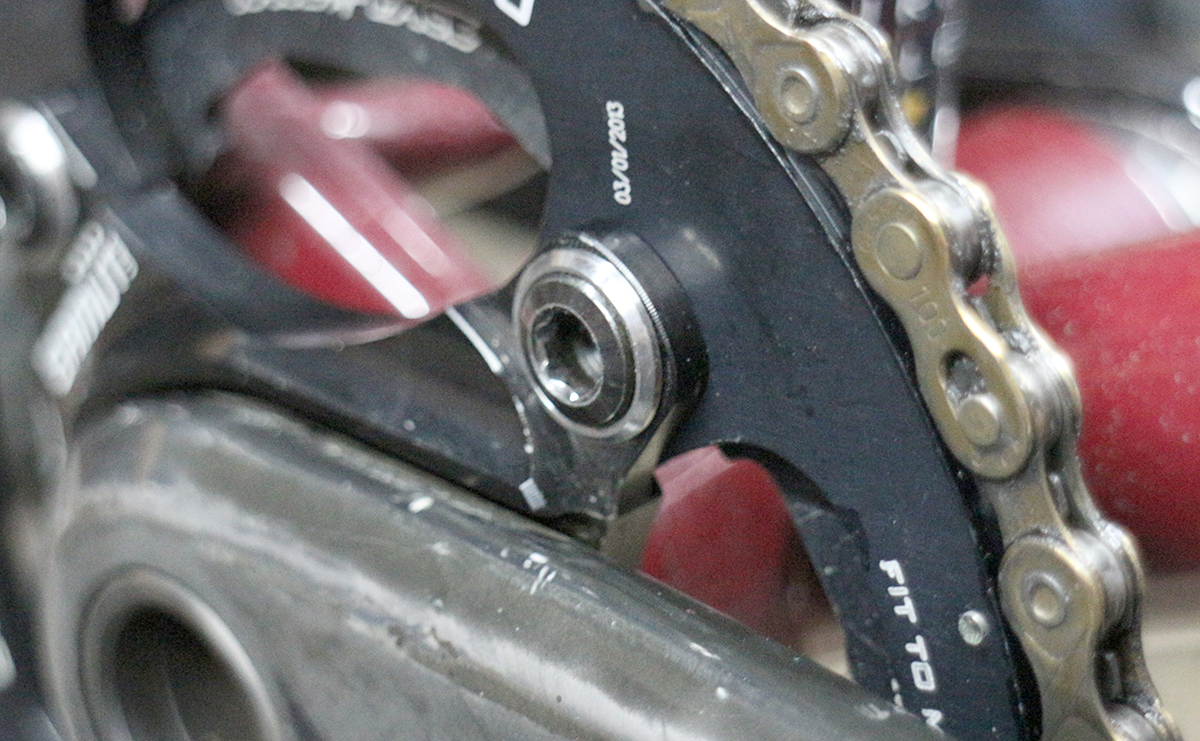 A cool thing arrived in the mail yesterday.

I’ve been running a bit to cross train and have something to do this winter with the dogs after work when it’s dark and raining and I’m alone. I’ve been thinking about my heart rate lately and wanted to use my Garmin Edge 500 while on the run. I needed to mount it to my wrist for best results. It was a bet that paid off that the Forerunner Quick Release Mounting Kit (P/N 010-100615-00) mount works just fine for this. The readout angle is off by 90 degrees but it gets the job done. Nice. 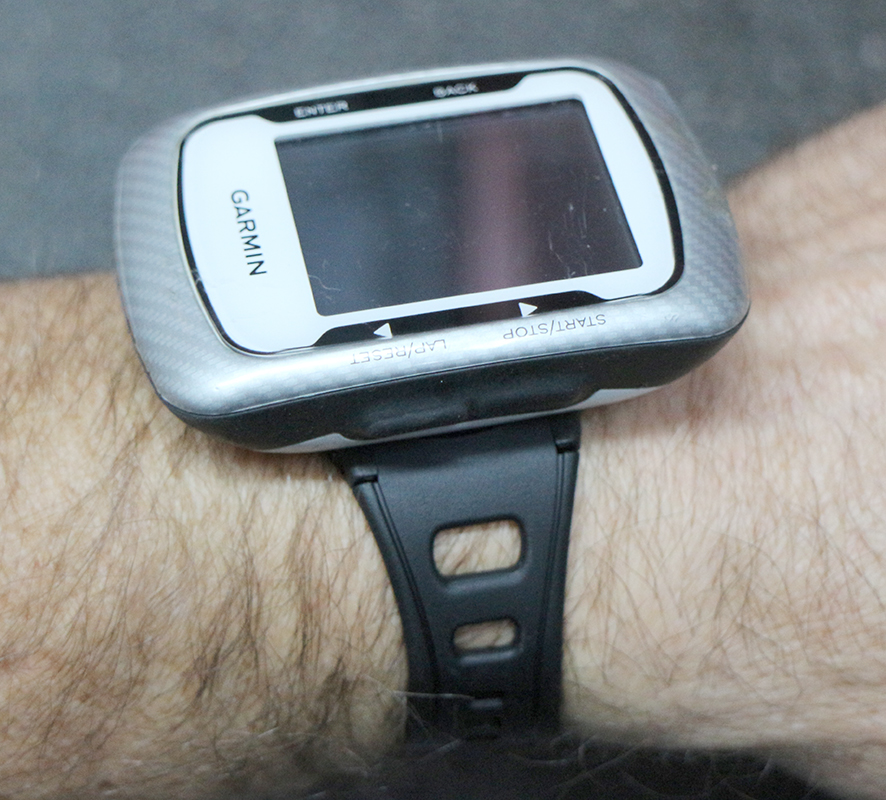 On a side note, talking about bike thieves and locks this week. Some were astonished that it took just 11 seconds to cut a Krypto lock through with some basic tools. Folks, locking your bike has little to do with the lock. It’s mostly to due with everything else you do. Keep your mind open. 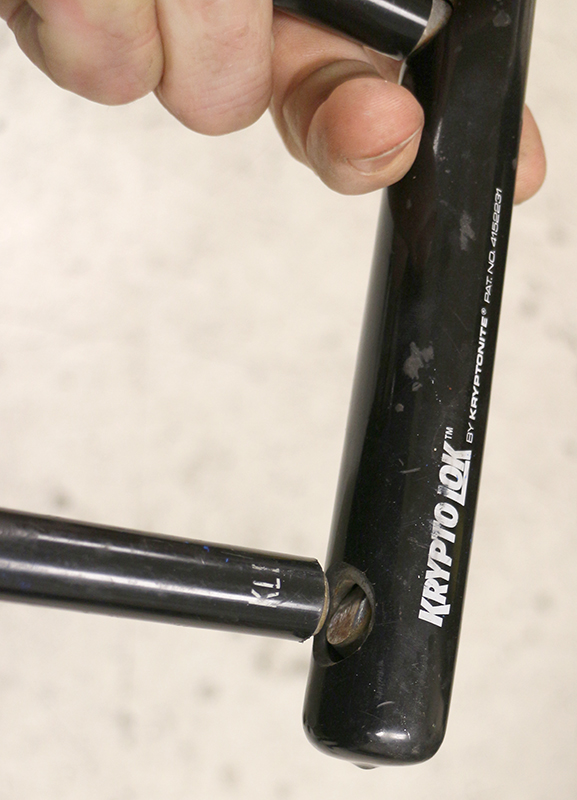