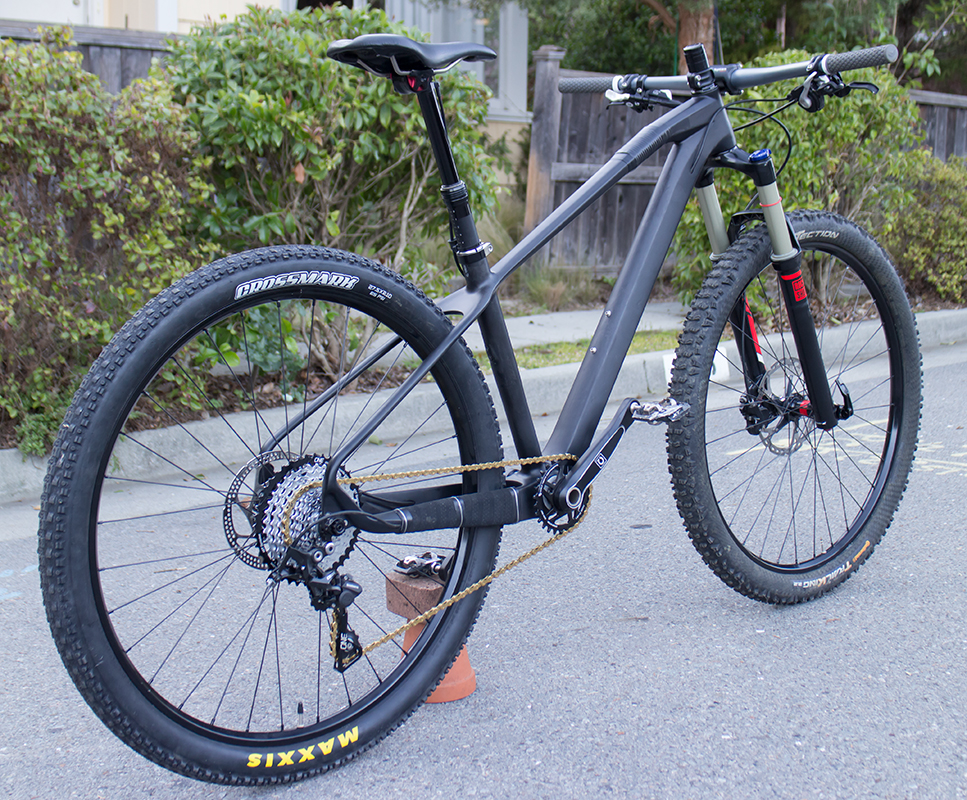 I can’t remember what year it was. 2006 maybe? I had been building my own bike frames for a short time. A change was coming and something new was eking it’s way into the light. A tire size between 26″ and 29″. The 650b. Kirk Pacenti was pushing this new thing. Obviously, the wheel size wasn’t new but using it for big tire mountain bikes was. I got was busy learning about different systems of bike design so I got a set of Kirk’s tires and the Velocity Blunt rims that got made to match. I was one of the first handful of people to properly design a purpose built frame around the new wheel. The wheels could be shoehorned into a Fox fork so we weren’t stuck with rigid fronts. Anyway, the tires sucked, the rims sucked, and Fox sucked then too. Aside from how completely horrible the tires were, I just wasn’t used to riding the big wheel and ended up back on 26″. They felt clumsy and in the way. I wonder how things had been if we had started with better tires. The Neo-moto tires were like jumping back 10 years in time.

Anyway… I was at Interbike, about two weeks after getting a few real rides on the new wheels. Kirk, Carl (Vicious), and Drew (Engin) had bikes out on display with the new wheel. It turned out that Carl and Drew hadn’t even got any dirt time in on them before the show. I was in a good position to talk about them as I had real experience. So, I’m walking around and see Drew’s 650b bike on a rack for Yakima or someone. It was a 650b bike for a small woman. It was a gorgeous bike. It was like a big 29er wheel bike but it was small. I lean over to joke with a few folks standing by me, “It’s just a 29er for little people.” Of course, it was Drew and the woman he had built it for and I had just broken the ice, PVD style. That’s when I first met Drew and I’m glad I did. He’s super cool.

In these days of enduro hype and monster fat everything, there isn’t much attention paid to using 650b bikes for small people that are dwarfed by the wagon wheels but still want or need a fast rolling bike. Think of Emily Batty on her World Cup bikes. They may win races but they probably aren’t much fun. Putting this bike together forced me to think a lot about that.

I’ve been dating a woman who isn’t tall. 5’4″, shorter legs, small hands. I did my best setting her up on my 29er hardtail so we could ride. The seat post was slammed and a tiny negative rise stem was in place. The bike wasn’t even close to fitting well and there was no room to try optional fits. It wasn’t the worst thing in the world for a temporary ride but as more occasions came up, it was clear something needed to be done.

I wasn’t in the mood to build a custom frame here. I’m burned out on all that. Modern bikes actually work and I’m a lot better at choosing and setting up bikes than I used to be. Still, I wanted to play a little bit to get the ride right. Since she isn’t heavy or a crazy athlete, carbon was going to be a great choice for frame. I didn’t want to spend much though. I figured it was a good time to explore what could be done with the cheap carbon frames sold out of china on eBay.

Learning to design frames was an interesting thing. The first thing I learned back when I started was that as much as I thought I knew, I really didn’t know much. That’s after being around bikes for years, working at a manufacturer, and knowing tons of people in the industry…the custom frame industry. I used words and measurements like they did. I did everything like I was supposed to. After I started doing it all on my own I realized that it was all wrong. There’s so many layers to the onion and most folks are just looking at the skin. Shopping for a bike is different for me now. I know what to look for and (shamefully) the dimensions I need to see are rarely shown in trade numbers.

I found a frame that had fairly modern geometry and a decent price. It’s a Deng Fu FM-OO7-BSA-15-UD (T700) (Alibaba). $345 for the frame and $85 shipping from China. It took about a month to get the frame. They didn’t have the BSA in stock and I said I’d wait. I would have had to invest another $100 to fix a ‘BB30’ problem with an adapter and I wanted to keep the cost of this build down. Not as light but still baller. 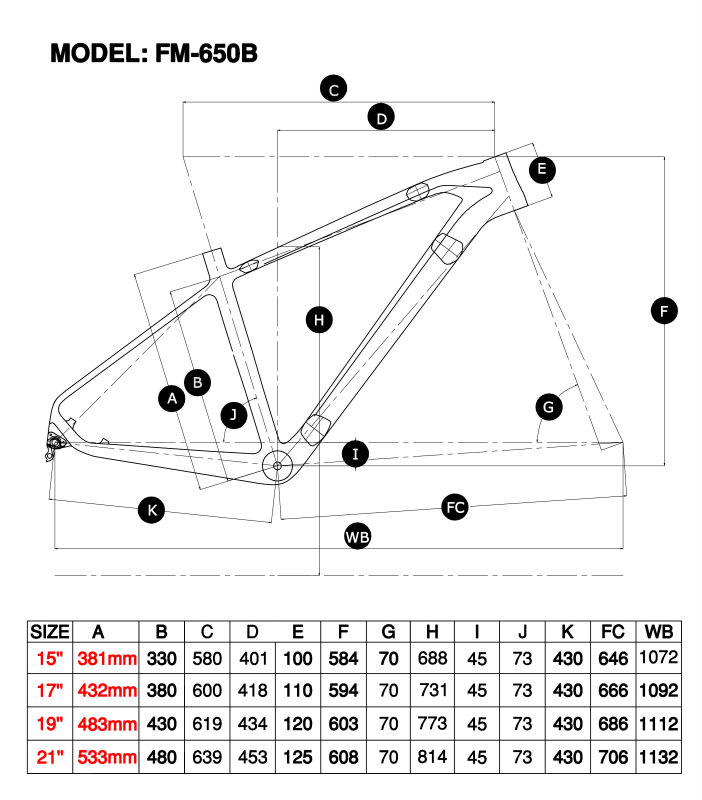 The actual setup of any bike will differ from published numbers. Especially as I used a 120mm fork instead of a 100mm. 100mm forks are pretty much antiques these days. Here’s the print of the bike as it sits now:

I harvested some parts from some bikes and made a few purchases to get this together. It turned out quite well. Several of the parts were deliberately chosen to make the bike work better for a smaller female rider. A few parts to take note of:

The frame is decent enough with some small issues.

After some time goes by and I can see how she is using the bike, if warranted, I may try hacking an AngleSet into the head to make the bike more aggressive. At this point that would be presumptuous as it’s pretty good. I need to keep a bit of steerer available for that so I have to put off cutting that down until the head issue is decided.