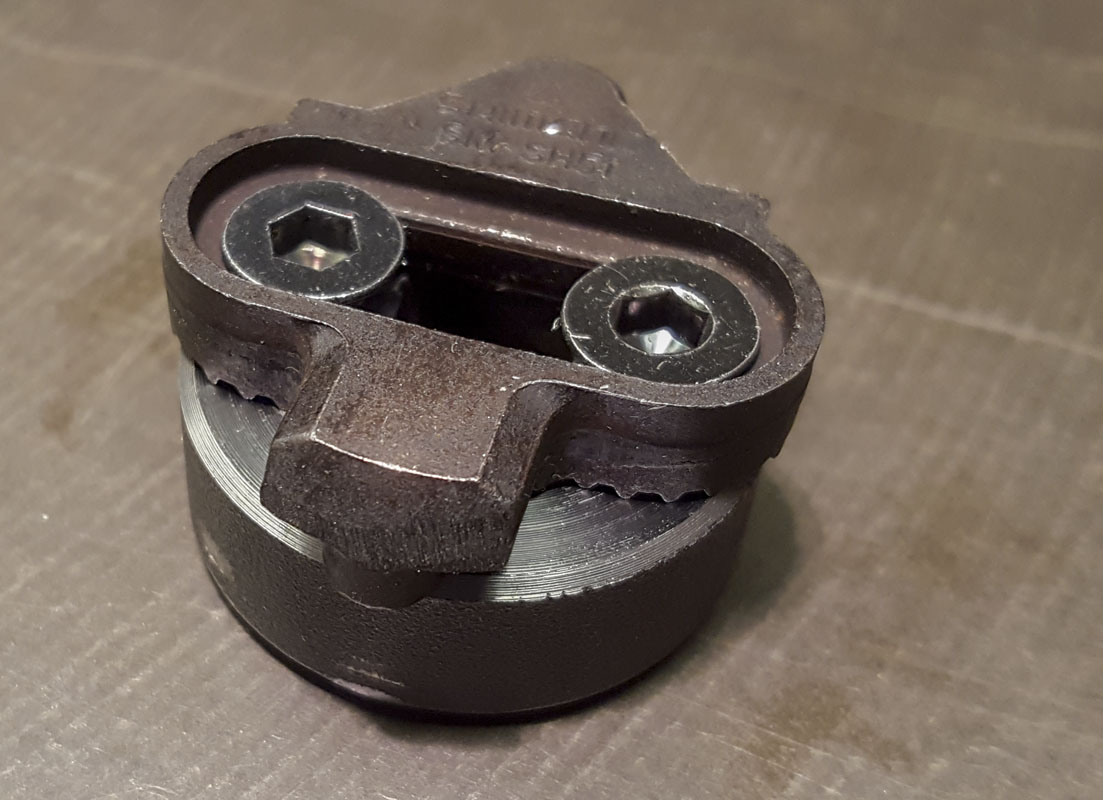 On August 1, 1981, a brand new cable station, MTV, aired the first of many music videos in it’s programming. They were to be the first 24/7 music television station. They weren’t the first to air music videos to homes but they were the first that claimed to be all about music and their accompanying video clips.

This was the first music video they played:

This is probably one of the most prophetic starts in modern media history. Video did kill the radio star. Video killed music as we knew it. Not that all pop music was amazing prior to MTV, far from it, but there is a real difference when looking at the change that took place over the decade that followed and the medium today. Much of what we hear now doesn’t exist without video, and more importantly, exists because of the video it serves. Image is now everything. Hashtags and product placements. Branding. Insta. It’s all about something that isn’t the thing. Music used to be the thing when there was nothing to see. Just the thing. Now, it’s just eyeballs, beats….and clicks. It’s now everything but the thing.

Many people have forgotten the adage: Radio is like television, only the pictures are better.

I’ve been thinking about being “punk rock” or maybe “keeping it radio”.   This has nothing to do with music. This is about grit. Staying true to principles. Being real, not for flash. Getting mad and staying mad and using that as power for getting even with the charlatans and false profits.  Not for destruction but for creation.

Fuck you heroes are my heros. 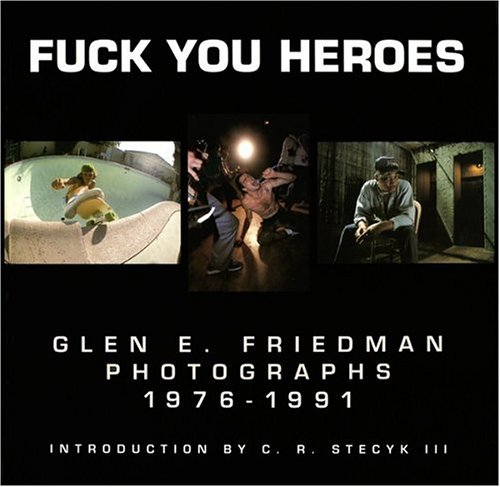 What happened to music happens in the world of bicycling, motorcycling, and skateboarding. The image masks the thing. Look around. What’s real? What’s radio?

At the end of the day, the ride is the thing. THE RIDE IS THE THING. Still, the machine we use on that ride is integral to that ride. Riding a shitty bike is very different than riding a sorted performance bike. This, then, is another thing.

Most bikes are sold by how they look or how light they are, not how well they work. Image. Kit. Murdered. Bla. Your ‘mechanic’ puts on blue gloves and points to his certification and PBMA memberships while unable to adjust a front derailleur well or inflates your air shocks hard. It’s gotten silly with all the pretending. It’s amazing what I hear on the trail.

I try to remember this and think, “Is this the thing, or a shadow?” It keeps me focused on making real progress and I believe it’s important. Can I make a bike work better? How? Focus. What isn’t being understood? What aren’t people talking about? Is there something I should notice but haven’t?

I made this tool back in 2007. It solved a real problem that I was having; How to blueprint pedal release tension, keeping the torque required to get out of the pedal consistent on the four locations on the bike and from one bike to another. How to set up a rider and repeatedly produce this for the rider sight unseen. This is race craft. Paying attention to what is real in the mechanics of the bicycle. Nobody sees this but the mechanic. Do you know another mechanic with a tool like this? You don’t. I don’t. Just me. 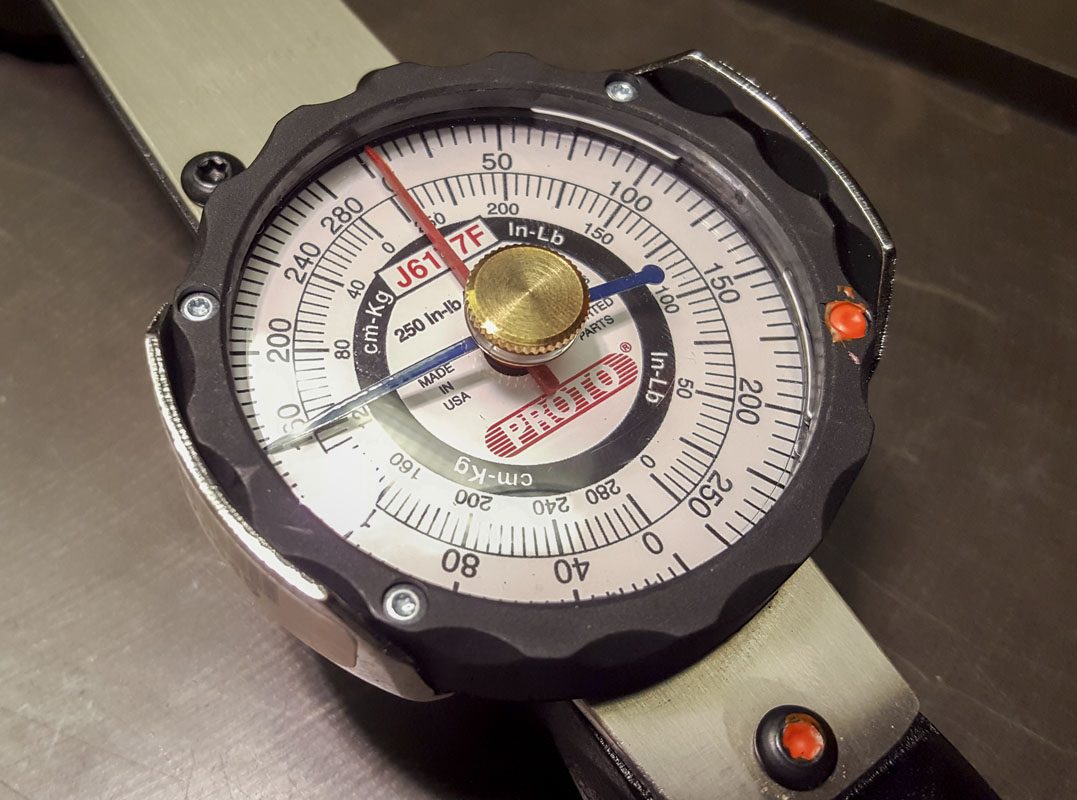 That initial tool needed some updating. The Proto J6169NMF torque wrench that I had been using was being maxed out and I felt bad using it for this purpose. 90 in/lbs isn’t enough for this use and I was overdoing it for higher tension setups. Not good for the wrench and not as accurate as I’d like. I just replaced that with a Proto J6177F torque wrench that goes to 250 in/lbs. That’s plenty for any use situation.

This new wrench needed a 3/8″ square drive rather than a 1/4″ drive and I needed to make a new cleat holder. One mistake that I had made with the older one was to not align the square drive with the cleat drilling. This makes things a lot easier when working on the bike with a non-ratcheting wrench head.

I tried to keep the height of the tool as low as I could with the socket end I had on hand. This improves the function of the system. Too tall and it’s hard to keep things steady and get a good reading. I’m sure a ground up design could buy another millimeter or two shorter.

In use, the new tool is so much nicer than the last version. In about 15 minutes, I was able to sort out 4 bikes accurately. The process is easy and works out pretty professionally. It had been a while since this was done and it was interesting that one bike might have 3 sides close to the correct release torque and one side 50 in-lb under. This is something that won’t get noticed until exactly the worst time.

This all came about as I was having mystery releases of my right foot at bad times on my hardtail. That pedals set was a mess and they are now dialed. This is big stuff and super important in bike setup. Yes, this is a problem that can be coarsely solved on the trail but in the shop, it’s surgical and precise.

For aggressive MTB, I’m using 125 in-lb (14.1 Nm) release torque. For general commute and road use, 100 in-lb (11.3 Nm). While in years gone by I could go with a lower release torque for mtb, I’m riding a lot harder than I used to and can have my foot release at very bad times. The increase is mainly for safety, not preference. I think that most people will want to use around 100 in-lb for their release torque on mountain bikes.