Inspired by products designed and made by Magic Motorcycle in the early nineties. Some wild stuff. Probably not the best, but intriguing to say the least. Especially if you are a machinist type like me.

So, 2×10 has taken hold in mountain biking. It has a place but certainly 3×10 does as well. Shimano has released 2 double ring cranks for the XTR series. FC-M985 & FC-M980. Unlike the other crank, the FC-M980has BCD drilling for 104/68. Just like any triple crank commonly made, but the gearing is 38/26 with all the ramps and pins you could dream of. Super cool! Why not just buy those rings and mount them to the perfectly good 104/68 crankset that we all already own. Simple.

But what to do with that open outer ring position? 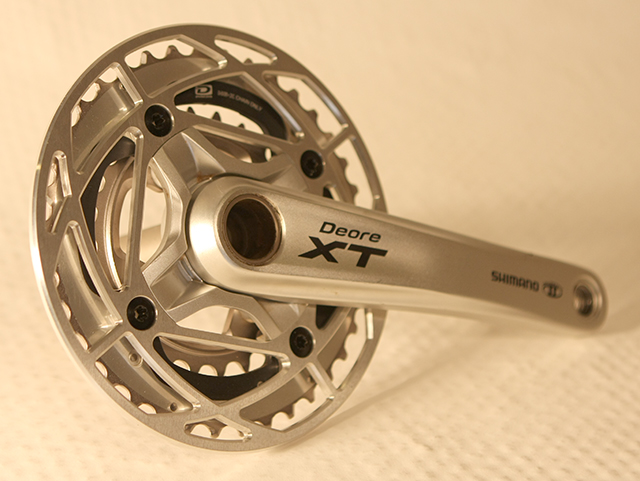 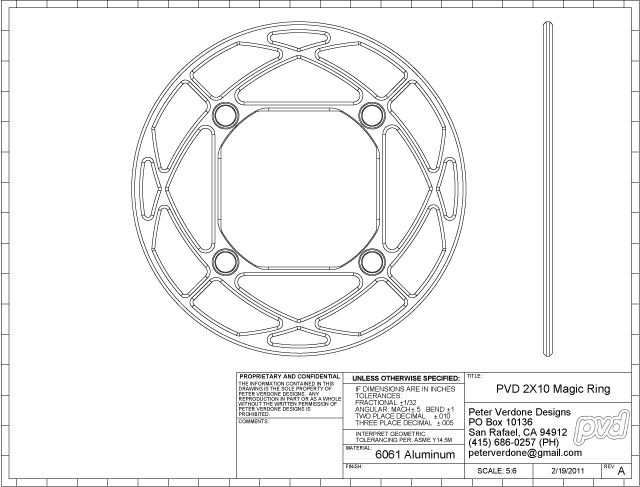