Mary was re-gearing her Nomad this morning. Putting a 26 tooth ring up front to give here knees a break climbing on the, now heavy, bike. We were checking the ring spacing when we found something off. I really hope that this is the only one that slipped through QC.

It’s as if the ring got dished during a machining operation. The faces of the ring around the bolt holes are nowhere near flat to the ring itself. It’s even visible without gauging against a surface. Tightening the bolts down flattened the ring out in general (non-XTR crankset) althought this is a horrible state of affairs.

You can see what I’m talking about in the photos below. 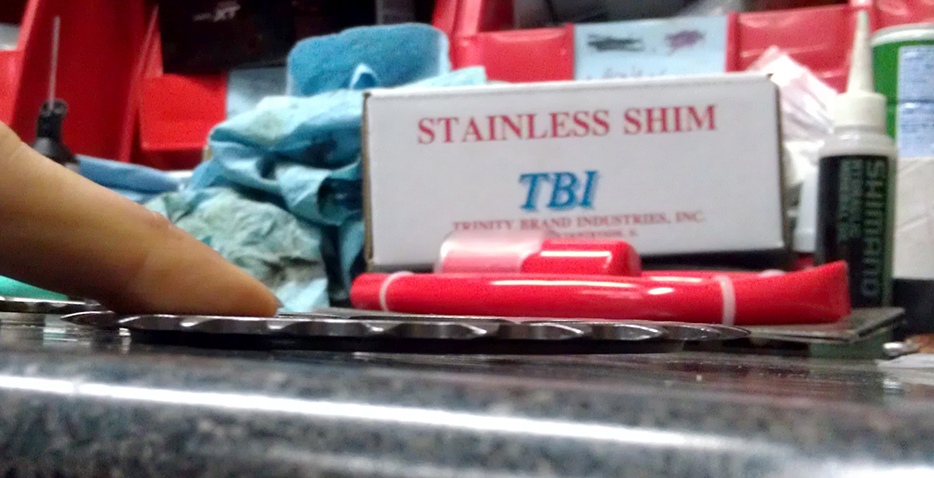