Riding at Northstar this past weekend.

My trusty steed the Intense M6 finally had an issue. 2.5 seasons of riding and the pivot link pertch broke off. I was able to get a good day of riding in on Friday, but at the bottom of the last run of the day the snap cracks and I was walking. A shame really. One of my best runs down Karpial ever.

I had to rent bikes for Saturday and Sunday.

This was a fun experiment. Going from a top shelf 9.5″ DH bike to a little 8″ with a very low end single crown fork. It’s a single pivot bike compared to the VPP that I’ve been running. The bike was virtually new and with a little bit of proper setup in the parking lot it was feeling good. Only two issues occurred on this bike. The fork seals were spewing throughout the day from the first run on and the rear spring was way too soft. It was a 400 and I should have had a 450 or 500. Aside from that, I was able to ride all the lines and at the same speed as I do on the M6. The difference was the margin of error. Where the DH bike will save you when you screw up, the little bike doesn’t. The single pivot felt just fine making me think that in this day and age fancy designs may be a bit over rated.

Another single pivot bike but this time a DH setup. This bike was pretty beat. I got it to work reasonably well although the handlebars were a bit narrow and the shifter barely worked. What was cool about this bike was the floating caliper rear brake. Really thought, I couldn’t feel any advantage for this being on the bike. Granted I was riding some pretty rough trail that would make that kind of sensitivity hard to feel.

Afterward – I called Intense about the broken link on Monday morning. No problem. No worries. They shipped a new one to me on Tuesday (no charge) so that I would be up and running ASAP and before the holiday weekend. Awesome customer service! The bike is now fixed and ready to go. 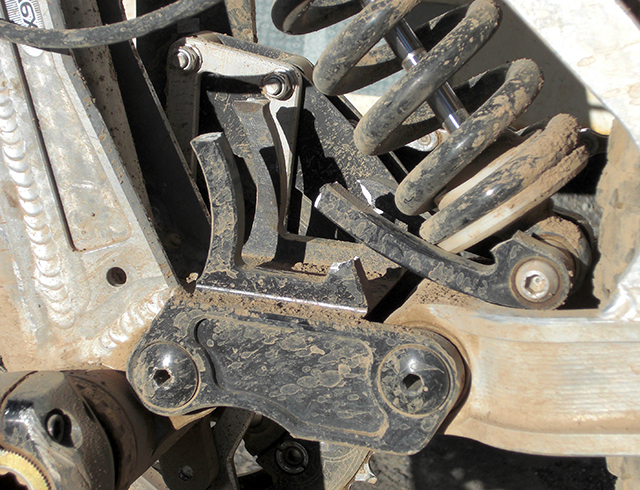 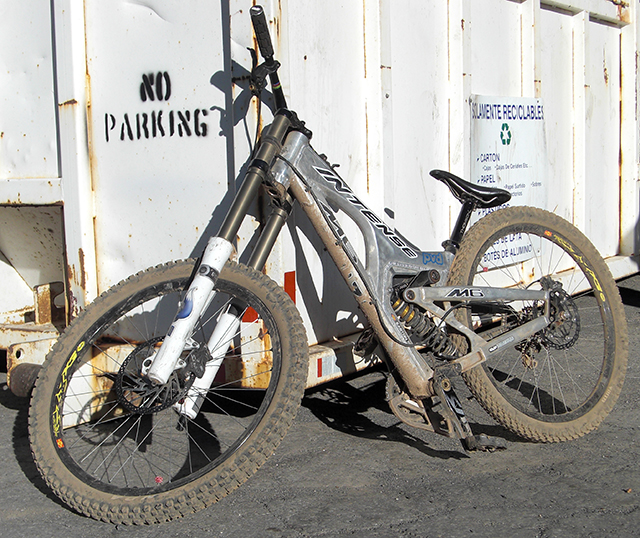 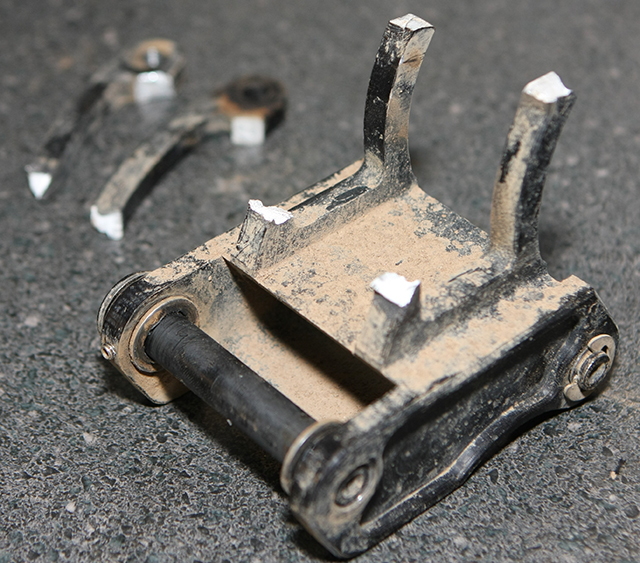