At the last minute on Saturday, I joined the Meet Your Maker Tour ride and picnic set at China Camp State Park. The tour is a great series of bike events that put builders and potential customers together where the action is happening. Riding together, talking about bikes, connecting. Sean from Soulcraft Bikes is the ringleader for the tour. The whole crew from Paragon Machine Works went the extra mile planning this event. It was a camp out. A cook out. A drink out. Many folks camped and enjoyed two days of fun in one of the nicest places on earth. The weather was warm, the skies were clear, and winds were down. The food after the ride was killer and many beers were had.

It all starts with group rides. I went out riding with the ‘fast group’. Curtis Inglis was our ride leader on a fancy 29er-plus singlespeed. He keeps a good tempo and is typically ahead of me in a cross race. Maybe fifteen others were in the group. I was the knucklehead with the crash on the ride. Early into the ride, going uphill, close behind Curtis, I snag pedal in some rocks while mashing and scorpion over the bike. Really messed up my thumb in the rocks. Dumb stuff. Still, I could keep riding. Left handed shifts for my rear. Not fun.

Further into the ride, we get to the intersection of Bay View Trail, Oak Ridge Trail, Ridge Fire Road, and Knights Drive and wait to collect stragglers from the ride. This was the bottom of a downhill so there’s a big spread depending on skill and power. There is a very large tree stump there. In years past, it was easy to ride onto the stump and off the other side. The first time I did that was over 16 years ago. Now the stump is a monster. Time and wear have removed a lot of the earth from around the base and roots. It’s grown. It’s huge now. It’s very scary and sketchy.

I rarely ride the front side of the camp, so I often just ride by the stump when I see it. I’m old. I’m lazy. I get stuck in comfort. I decide NOW is the time to go for it. To ride the stump. NOW is when chips get put down and counting starts. This was a fantastic plan as I was on a full on XC Firefly 29er hardtail. Right?! Still, if you are going to crash and burn, make sure that you have an audience. I give it a test hit to check approach and speed. I then go back up the trail, turn around, and hit it. 100% commitment. Everything down. I rode clean over it. Smooth. It was terrifying. I was sure that this was going to end in disaster. I am completely stoked. It’s not often that an old guy can crush on a new line, especially in front of a dozen or more folks he completely respects.

The photos here really don’t do this stump justice. Anyone that has been by it in the last ten years knows what a monster it has become. That you are blind to the top and the back side of the stump as you approach. That you have to step up 10″ of vertical and the top of the stump has just enough room for a bike length. Then the back side is about 3 feet down. Big n’ sketch. No mistakes. Wax on. Wax off. 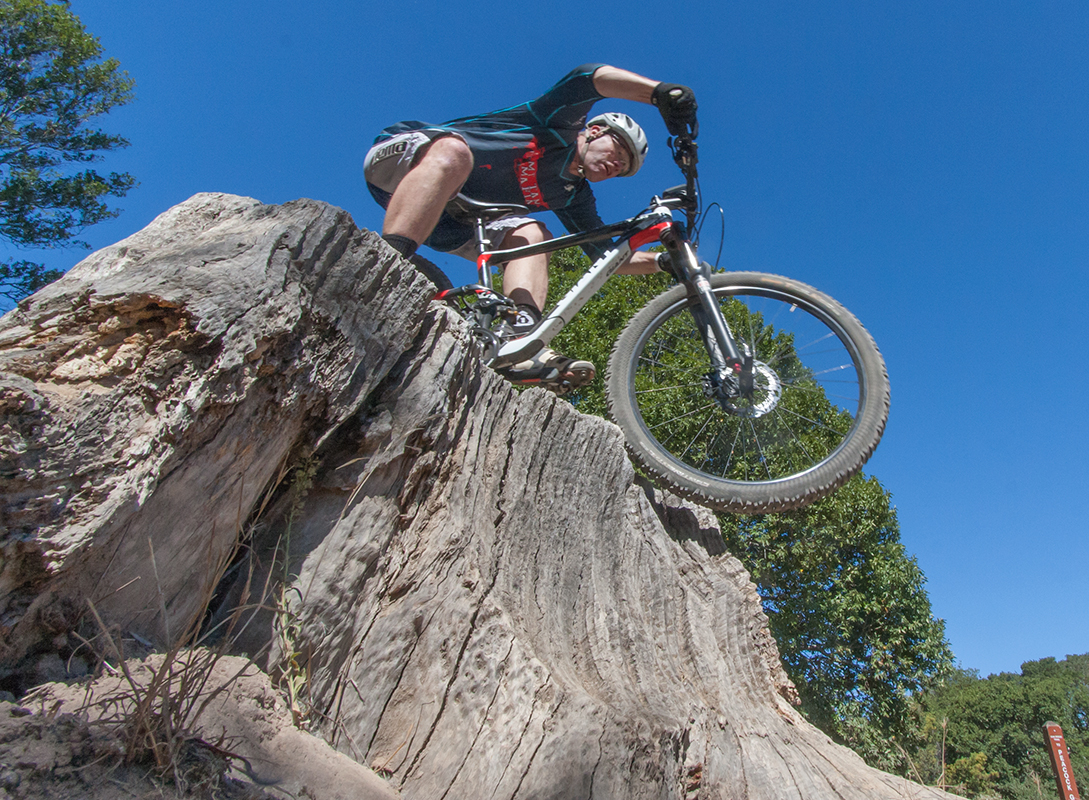 So stoked was I in making this stunt, that I returned today on my ‘larger’ trail bike to hit the stump and a few other things at the camp with a real camera in tow. Aaron Spindel signed up for the fun and did a great job getting shots. We did a bunch of shooting at the stump and a bit more at the Nike site. Very cool. Our goal was getting the good photos rather than doing the hardest ride.

The Nike Drops at the old Nike anti-aircraft missile site (SF-93C) are a classic for anyone who’s ridden the SF Bay Area. I wanted to capture what it looks like to do the big drop. We played with a few angles. It’s hard to get the scale of how steep and high these things are. Let’s just say, you do not make mistakes here. The top is easily 20 feet above the ground with a hard kink connecting the two. 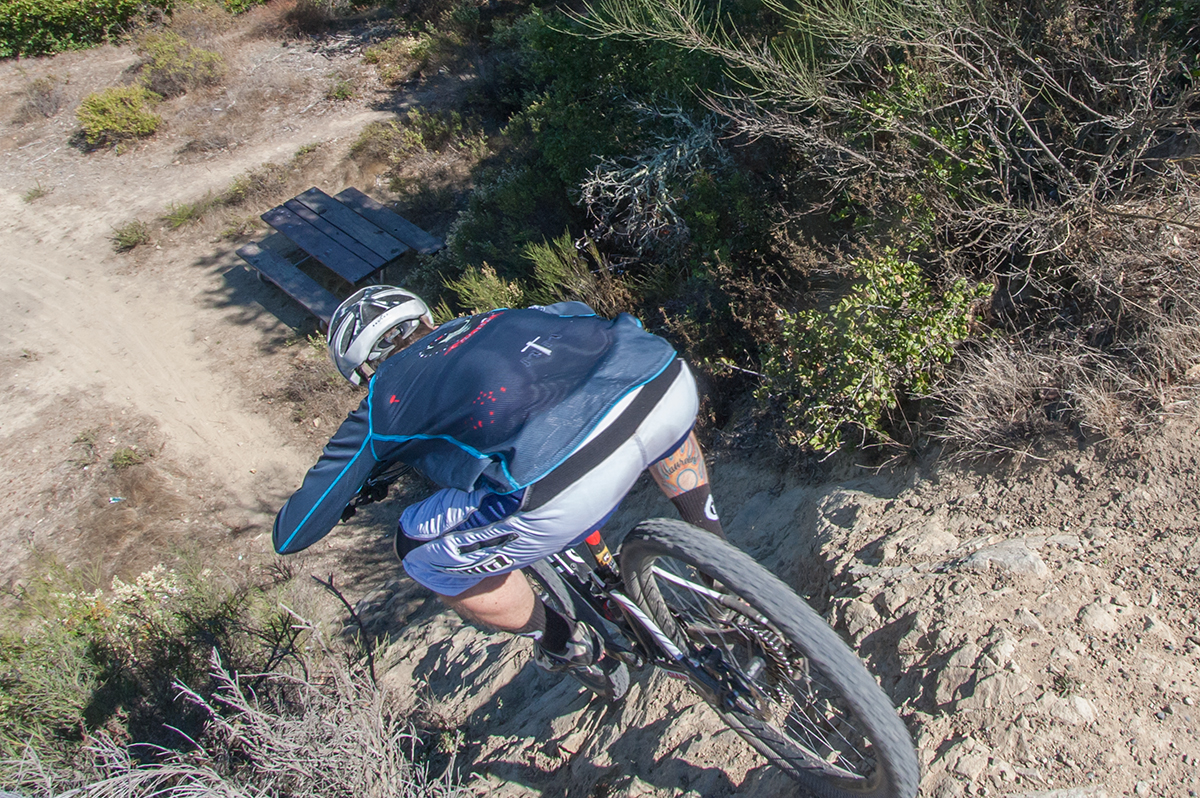 It wasn’t an easy day for getting good shots. I’m a complete hack with a camera and Aaron was as confused as I was for getting it right. We had no bounce, lights, or mono-pod that would have helped. Also, light was incredibly powerful leaving dark shadows. Levels were wrong and focus is off. My old camera doesn’t have the fastest shutter and has a small cache limiting rapid shots. Still, shredding was done and film did roll.