Since getting my wrist completely shattered at RFT and not being able to do much of anything, I dropped my motorcycle off to BRG Racing to have some work finished that I had started on my motorcycle. I had the motor half apart already but there was no way that I’d be able to continue the job with my injury. Sometimes you just gotta pay. It’s a shame that I had done the early work on the bike without getting some baseline data from the dyno but life isn’t perfect even for the scientists. The job was hanging anyway and it was time to just get the workbench cleaned up.

What they were doing:

Previous modifications of note are:

An interesting thing about this job was that I would be maintaining the stock exhaust system with the catalytic converter. Yes, it’s heavy. Yes, I could get more power from the bike. The thing is that this is a 750cc hyper sport bike. It’s got plenty of power. This job was really about cleaning up the power that is in the engine and re-gearing the stock gearbox. Plus, I’m feeling green and the catalyzer helps there. Also, I like quite exhausts.

Usually, one of the first things I do when I get a motorcycle is to re-spring the front and rear of the bike and adjust the suspension fluids. Most bikes ride like utter garbage without doing this. On this bike, I re-sprung the rear but with a higher than stock quality spring at near the same rate, 550 lbs/in rather than 525 lbs/in. The fork of the bike felt so good that I left it stock. Crazy! Soon, I’ll be pulling it apart to remove the oil locks and putting in some higher quality springs but I expect to get the ride quality only a little nicer.

KC at BRG Racing was pretty stoked on the HealTech FI Tuner. I was the first customer they had with this unit oddly enough. Unlike other systems on the market (DynoJet, Bazzaz) that hijack injector signals with interpolated signal, this system simply plugs into the ECU and draws power from the harness. Simple. Programing the unit is easy and produced excellent results. Both sets of injectors are adjusted with this unit, a level of tune that you would need to spend twice as much for if you wanted a PowerCommander USBIII & SFM. The only bad thing about this unit is that it’s only available for Suzuki bikes. 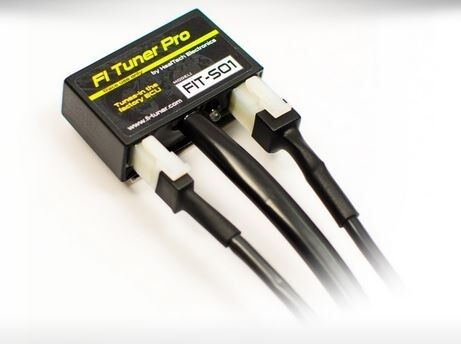 BRG Racing has a very nice motorsport chassis dynamometer, a Mustang MD750 Eddy Current Chasis Dynamometer Using Factory Pro EC997a software. This system places a very heavy load on the engine while it is being tested. This is very important as the engine is going to be used with load against it. 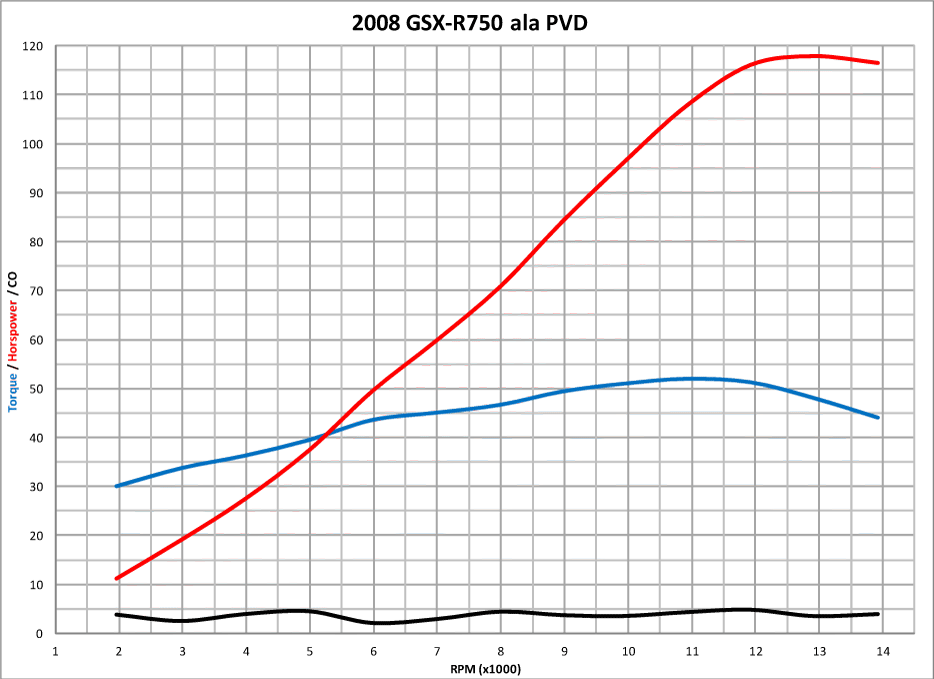 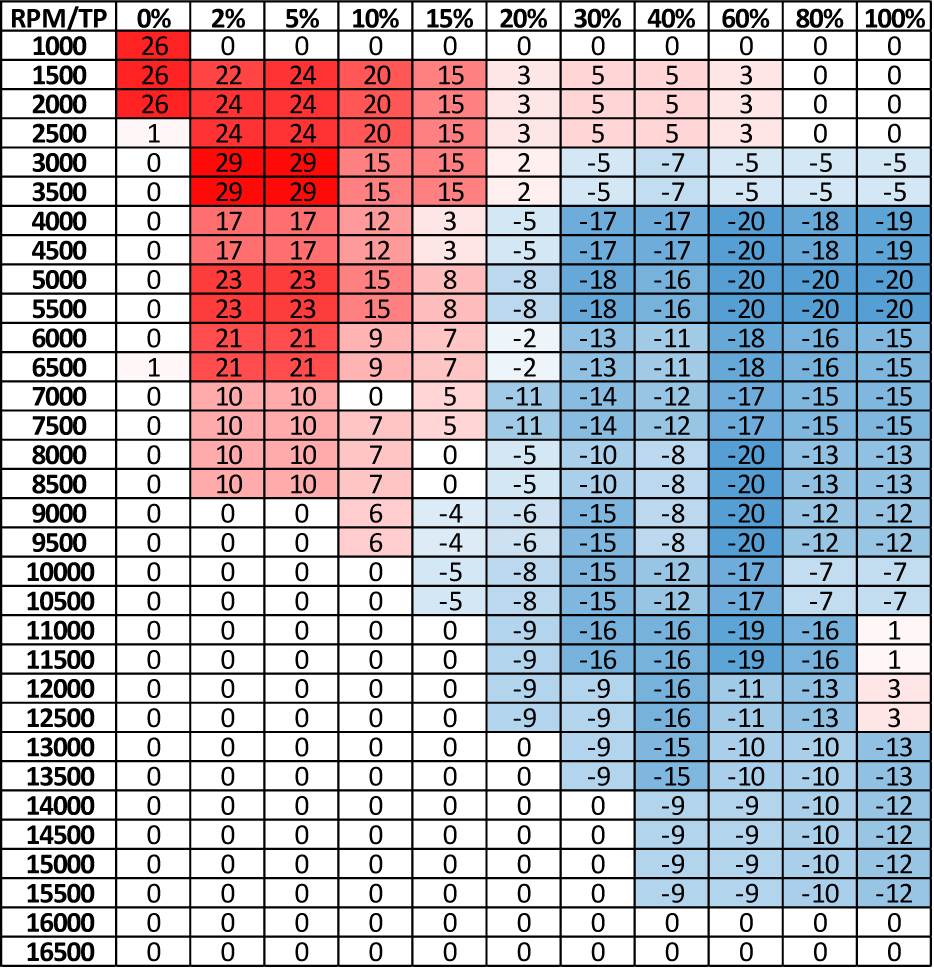 This is where the rubber meets the road, litterally. Using the dyno information for torque and rpm I am able to generate the cascading plots of the trust curves that the bike generates in each gear. Showing how all my gearing changes result compared to stock gearing is handy, but knowing what I’ve got is crucial. Gearing is, of course, how we connect the powerplant to the terrain that it is being used. Since most sport riding in NorCal takes place under 100mph, I’ve tuned for that so that I get the most from my bike in that range. Notice that I’ve got the full use of gears one, two and three under 100mph. That is magic out on the road. 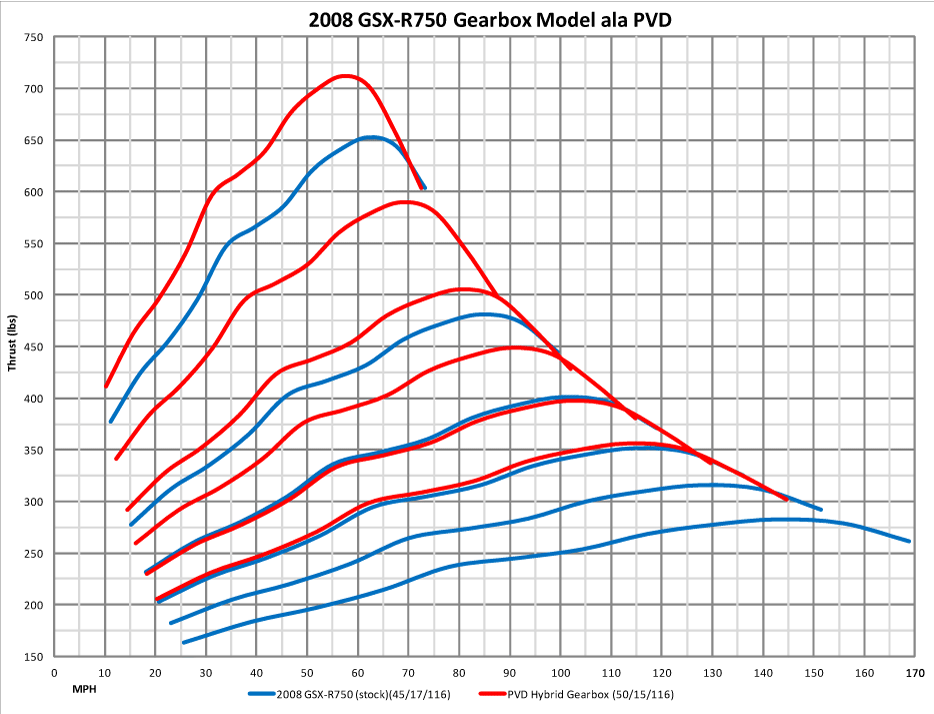 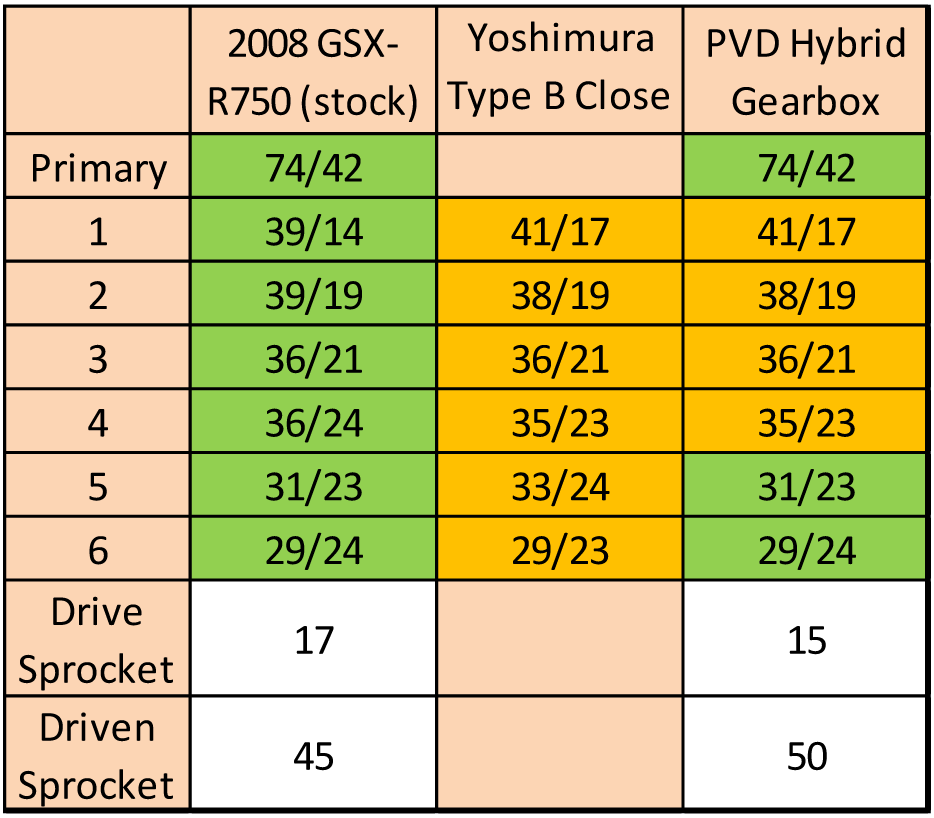 A note on dynomometer results.

Sportrider magazine has a published dyno chart of this bike in this article: http://www.sportrider.com/bikes/146_0807_2008_suzuki_gsx_r750/viewall.html. As you can see, they claim the peak horsepower to be 123.1 as delivered stock. This is correct, but for a special reason that makes for lots of confusion when people discuss motor power and measure. Remembering that the magazines work for the advertisers and the manufacturers love to have high numbers reported, you can understand why this is the case.

Sportrider tests bikes in a very standardized way using a SuperFlow CycleDyne eddy current dyno. http://www.superflow.com/Dynamometers/Chassis/motorcycleATV/cycle_dyn.html. It is important to understand how this test reflects the recorded results of the test. As noted below, they are essentially testing with the dyno in Inertial rather than Eddy Current. That process gives results far higher than would be recorded in a loaded mode. Factory Pro notes that that difference can be as much as a factor of 1.15. http://www.factorypro.com/dyno/true1.html

“While our SuperFlow CycleDyn is an eddy-current dynamometer, the entire system  (consisting of the drum itself along with the eddy-current apparatus and a large  drum-driven fan) has a known inertia value and can be used as an inertia dyno.  For our standard dyno testing, we use a “controlled run,” which places a small  amount of eddy-current load on the bike. Still, the majority of the load is from  the inertia of the system”