I absolutely love trigonometry. It’s how we come to understand circles and curves.

I work at the Physics & Astronomy Department at San Francisco State University. Every semester a few students will express their unease, confusion, and problem doing trigonometric work. Over the years, it’s been shown that, all of them, have never been given any quality instruction in the matter. It’s a shame to because it’s such a special moment for someone to learn trigonometry. It’s the connection to the world and making things real. It’s special.

Another huge problem with having a poor foundation in trigonometry is that it is crucial to learning calculus that fundamental trigonometric concepts are understood. Going into a calculus and physics program without this is a recipe for failure. It’s not helpful at all to be behind at the very beginning.

I feel that the biggest problem with the learning of trigonometry is that it’s not treated like a legitimate subject when first taught, probably in high school. It should be a math class of it’s own. Also, the main problem is that the people who teach it have almost never actually used trigonometry to solve a real problems. When I was in high school, I had a lousy math teacher. She was going through the motions. I was confused when we started trigonometry, like many are. I asked “Why do we need to learn this?” Her reply was “For the SATs” That was such a stupid reason that I paid no attention after that. Stupid, I say, because learning and the hard work it takes should never be done for tests. It should be done to solve real problems or put you in place to do that. If she had said, “So you can build bridges, understand atoms, fly to the moon” I would have been mesmerized and driven. Another reason why I hate stupid teachers.

Many students are spacial and visual learners like me. Yes, some memorization can make it possible to get through a program of instruction but it will do nothing for the real conceptual understanding that is needed for real learning. So I produced this diagram showing the trigonometric relations of a coordinate point. Instantly, you can ‘get’ what trigonometry really is. Many people, even those with advanced education in sciences couldn’t tell you what a cotangent is…what it really is. Or a secant. Or why the prefix ‘co’ is in front of several of the terms. Or that there is a thing called the versine and that it could save you a lot of work by knowing what it is.

In the world of bicycles, we use a dimension called ‘trail’. 99.9% of frame builders have no idea what trail is or why it works. That’s a problem. Digging deep and getting to the core of the subject like I do here with trigonometry would do them a real favor. They memorized a relation. They believed it. They never asked if what they were being told was right. If it was witchcraft. If it was a shadow. They couldn’t tell me what it IS and that is a problem. 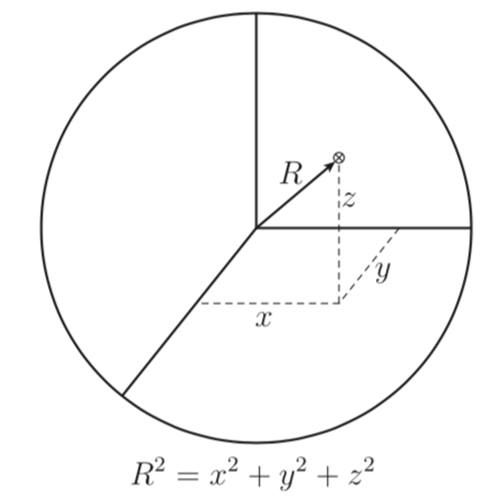