A long, long time ago (1998?) I designed the disc brake dropouts for Independent Fabrications. I knew the whole crew there as we had all worked at Fat City Cycles together. The reason for the design was simple, I needed a new bike and I use Shimano parts. That was the moment that Shimano had defined the IS standard for disc brakes on bicycles. Not that they drew up the standard, but because they went with it. At the time, small framebuilders were stuck with the Hayes chainstay mount that allowed only Hayes (suck) calipers to be used. That wasn’t going to do. I convinced Jeff Buchholz that IS was the way they had to go. We discussed the goals at length and I set to work. Design was different back then. 2D/3D boolean process using AutoCAD R14. It was slow and required lots of reworking to get quality files. For the past 10 years I’ve been using exclusively Solidworks (3D parametric design). I wish I had been using a parametric package then as the results would have been worlds ahead.

Those dropouts drew acclaim and praise from folks around the world and have enjoyed a flawless production run of over 12 years. 4130 an 6/4 versions were produced. That’s pretty good. Still, as the years went by I grew as a designer and engineer. I saw details in that old design that I really wanted to change and improve. I figured that that would come about only if I produced my own dropout for my own frames.

Then, about a week before the 2011 NAHBS (Austin), Tyler Evens (former president of IF) gave me a call. He and Jamie Medeiros had left IF. IF was moving to New Hampshire under new ownership and would become a very different company. Tyler and Jamie were going to start a new company. Small, lean, immaculate and it was going to stay in Boston. Firefly! Tyler called me because he knew I could produce and I would understand exactly their needs. I was flattered and excited as this was exactly the work I love and to have it follow the pedigree and lineage of the Boston framebuilding scene was icing on the cake. They wanted a special dropout. Something that matched the attention and level of detail that their frames would have.

I showed some very rough3D solid drafts to Tyler and Jamie during the show. It wasn’t going to be easy. Tyler has a very keen eye for sculptural aesthetic. Within two weeks we had agreed on a general form for the dropouts. The devil, of course, is in the details. Production ready documentation was finished two months later. Every tiny detail was considered and fully pushed. The results speak for themselves. My favorite detail in these pieces is the slight look of an insect wing pattern. It has that look, but it doesn’t interfere at all with the engineering needs in the part. Cool!

Mark Norstad, at Paragon Machine Works, put a lot of work into the machining of these parts and the results are just amazing. 6/4 Titanium isn’t the easiest material to work with and the design of these parts made nothing easy. Mark does amazing work.

I expect to see these in a bike in the next week or two. I’ll be thrilled to see them covered in dirt, shredding down the trail. Looking good, working better. 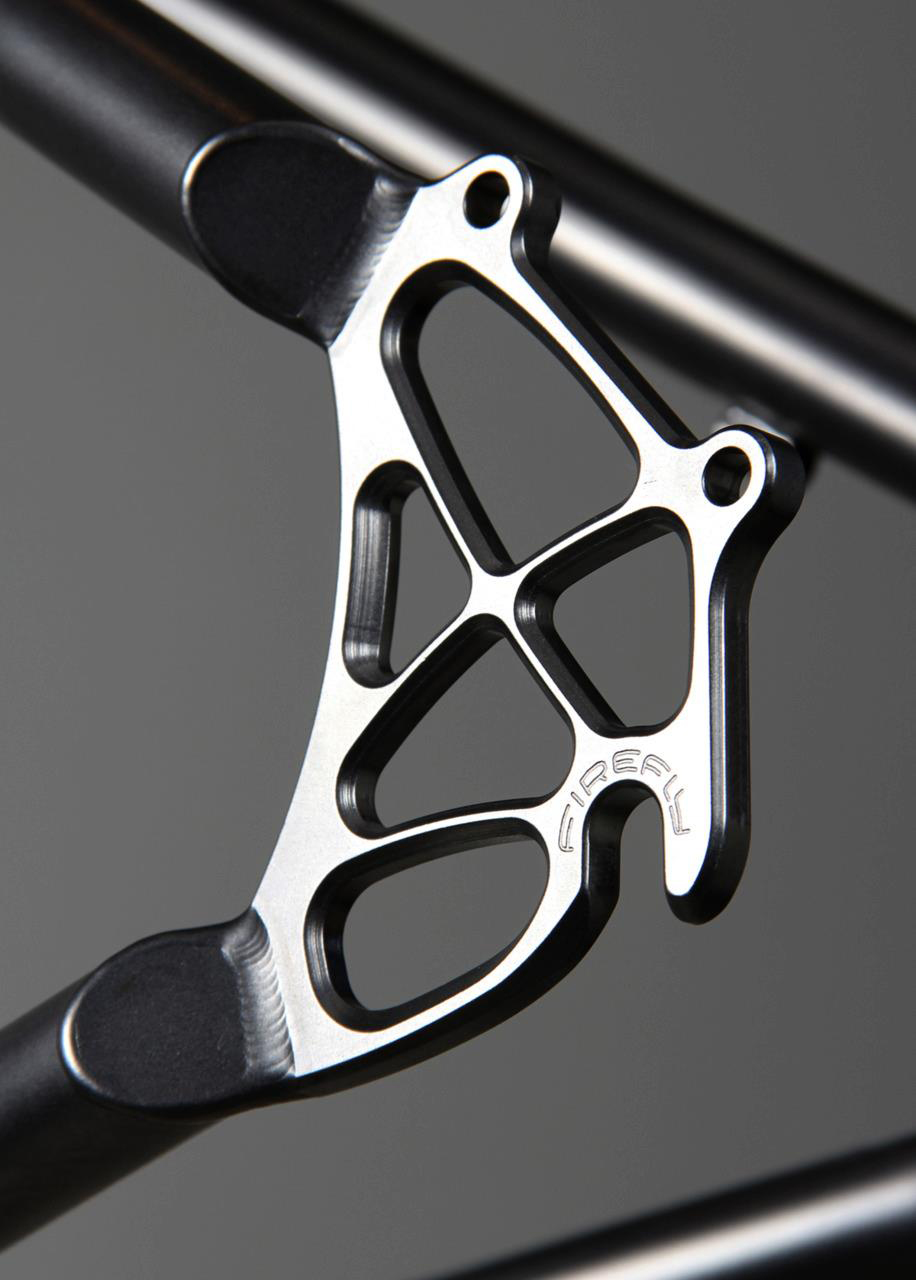 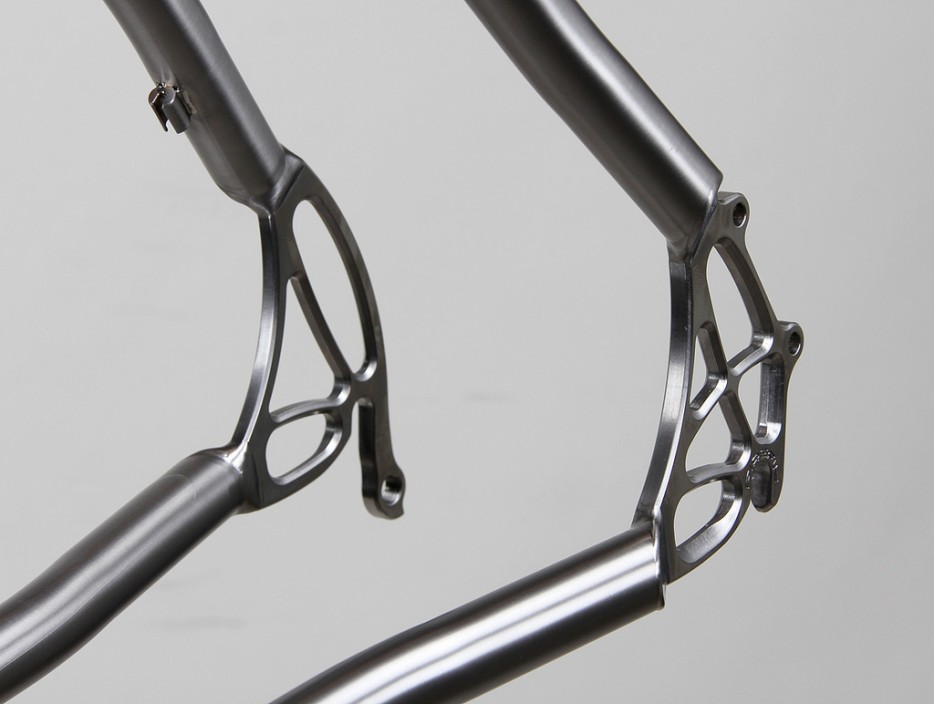 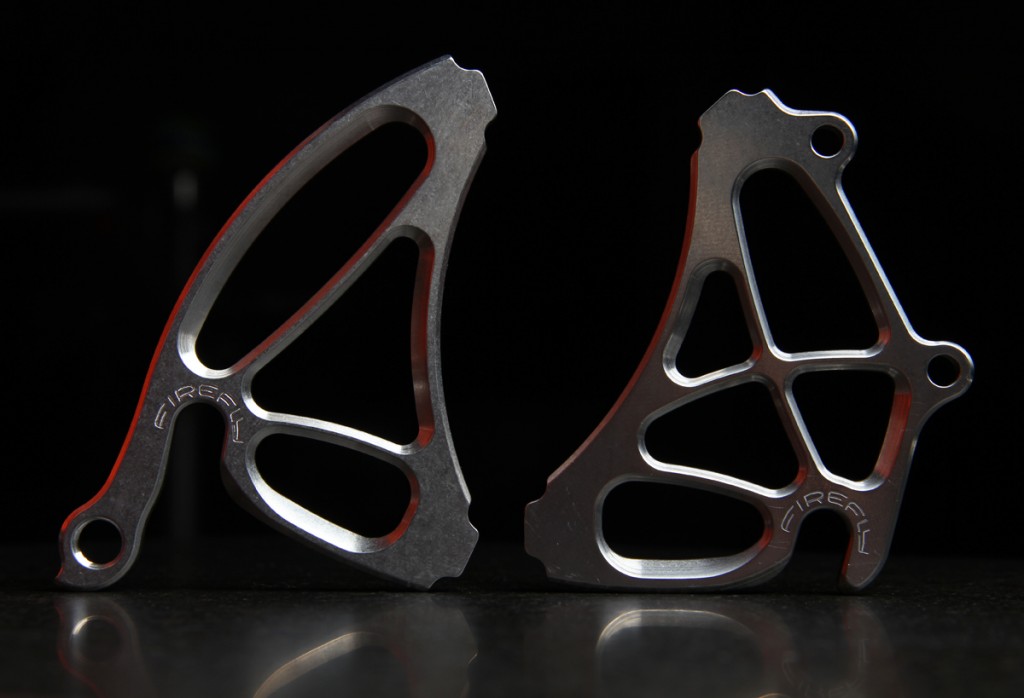 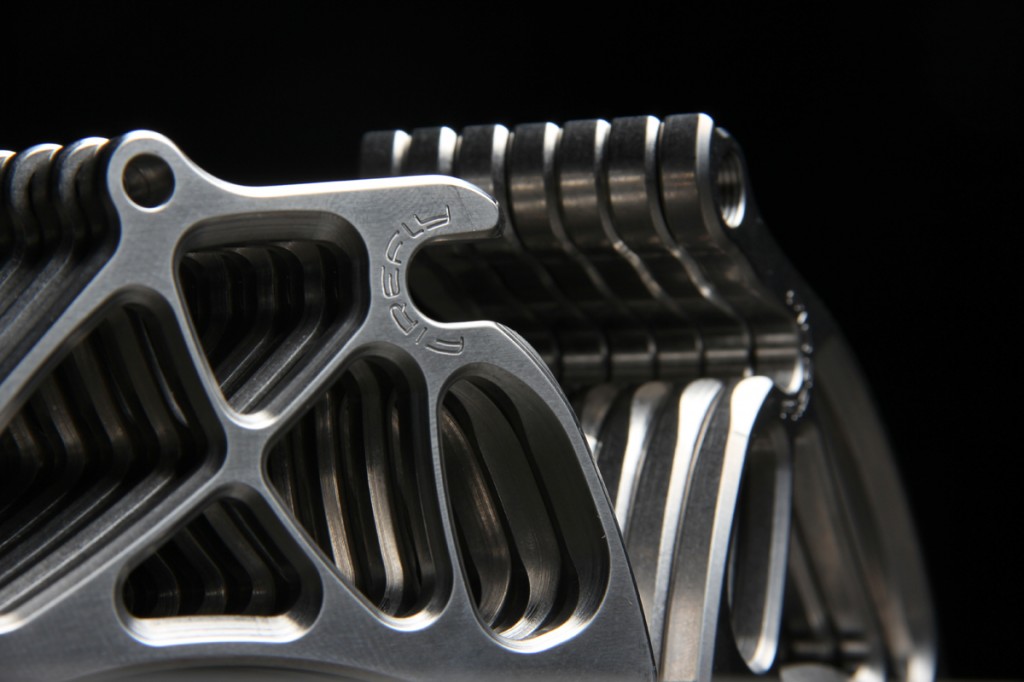 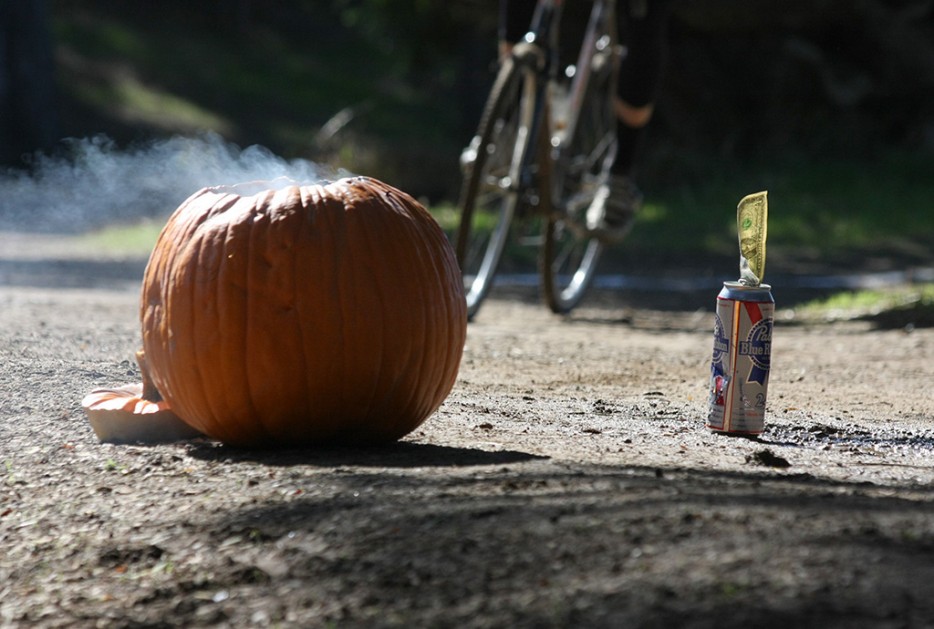