Poor Maggie. She’s been through a war. 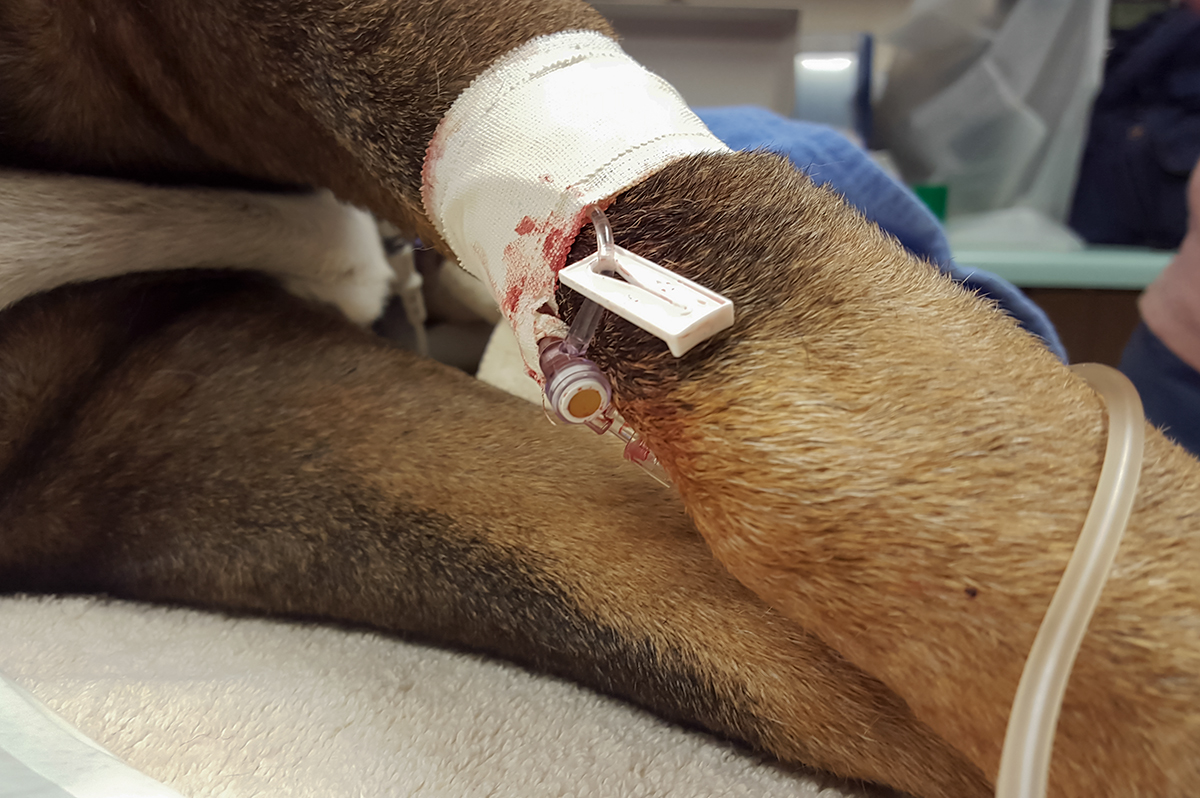 Last night the dogs and I were out for a walk. Maggie tends to bring up the rear because she is so slow and old. She’s often about a third of a block behind Annie and I. At around 7:30, she got stuck under the wheel of a SUV just as it was pulling out of a parking spot. It wasn’t anybody’s fault really, I’m sure Maggie was hugging close by the car (hard to see) as she walked by and we were far ahead. Essentially, she acted as a wheel chalk and she was skidded about 3 feet in a contorted position under the wheel of the truck. I saw it. It was pretty horrible. She was crying like crazy. I got the truck reversed and off of Maggie. She actually stood up. That made me feel a little better but her tail was thoroughly trashed. I immediately ran to my neighbor who is a local vet. Her, Rachel, and her husband, Randal (an awesome nurse), went into action. Then we saw the giant tear in her flank. Horrible. We could look into her insides clear. That’s when I got super worried.

She was into a car and on the way to Rachel’s OR in minutes.

Maggie got a lot of attention until around midnight. Lucky, no broken bones or obvious internal injuries.

She’s at home now. She’s in a lot of pain an getting methadone injections.

Poor dog. She’s super tough but she’s pretty old. I hope she’s got this. This morning she was actually able to walk outside on her own although she isn’t eating yet. She looks so sore.

Thanks so much to Rachel, Randal, and the whole crew at VCA Tender Care Animal Hospital in San Rafael who arrived to help so quick and worked late into the night. I’m lucky to have such good people for friends.