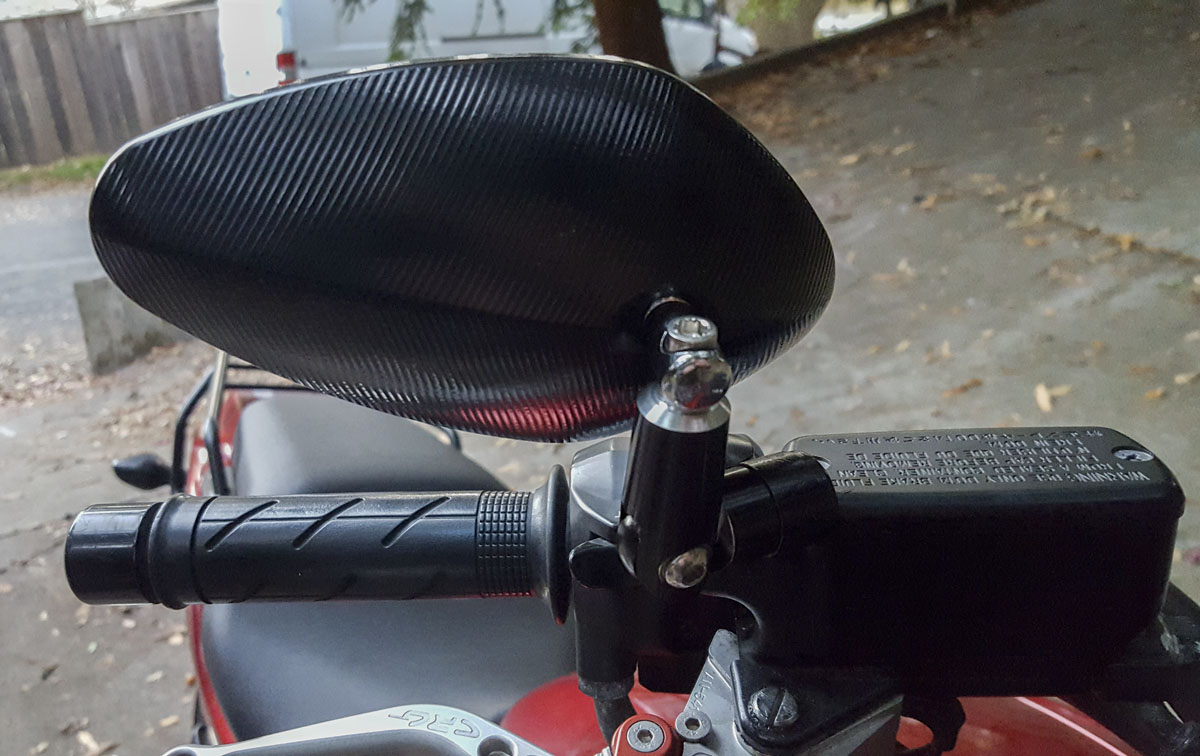 Going faster on a motorcycle is an interesting proposition because we need to also talk about when and where we are going faster. As a commuter in the traffic rich San Francisco Bay Area, my speed lane-splitting is very important to me as I spend an awful amount of time in that state.

The CTX700 has fairly wide handlebars, which is nice. The real problem is the mirrors. They stick out wider than the bars and very high. They work great for regular riding but really suck when lane-splitting and are the #1 limiting factor in my land speed then. They’re about 38″ wide tip to tip. The handlebars are 33″ wide. Something had to be done.

I found a pair of generic mirrors on ebay (M503BK) for just $29.05 (free shipping + tax) that I figured would be modular enough to modify the position to just what I needed. I was right. While the OEM assembly of the parts was horrible and the included allen wrenches in the box demanded being thrown out, I found what I needed in them. It took a little testing to find the limit. 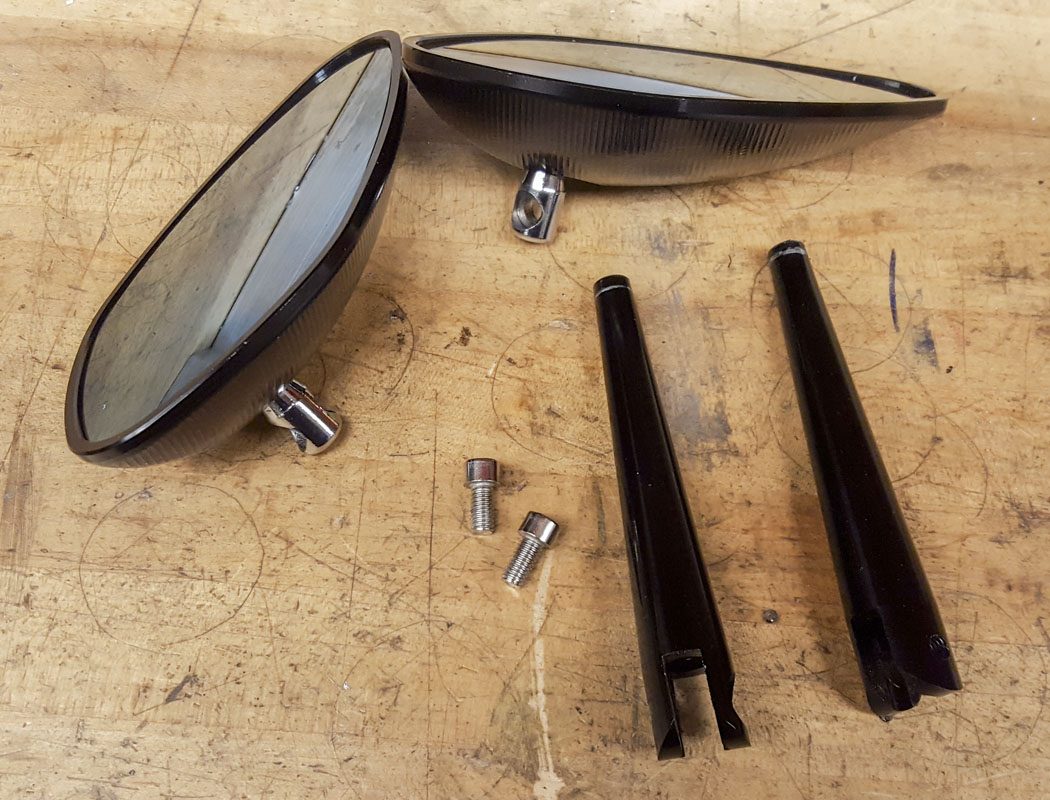 The mirrors are actually pretty nice. The parts are very well made. They just aren’t well done as a whole. The CNC machined dome is pretty awesome and mounts in the rear on a spherical bearing. The only real problem that I had with them was that the actual mirror is this odd blue anti-glare glass. The ebay posting didn’t say there was a tint. I’d prefer an un-tinted mirror.

I wish I knew who made these as there’s interesting work here. It could be distributed from China by Chonggoing Maven as they do list a similar part.

I was able to eventually get the mirror width down to about 32″ wide and just 5.5″ above the bars. The difference is utterly amazing. It’s crazy what an improvement it’s been. I still see what I need to see in them. I feel like everything is in focus. Most of all, I’m able to lane split at a much higher speed and feel much ‘safer’ while doing it. 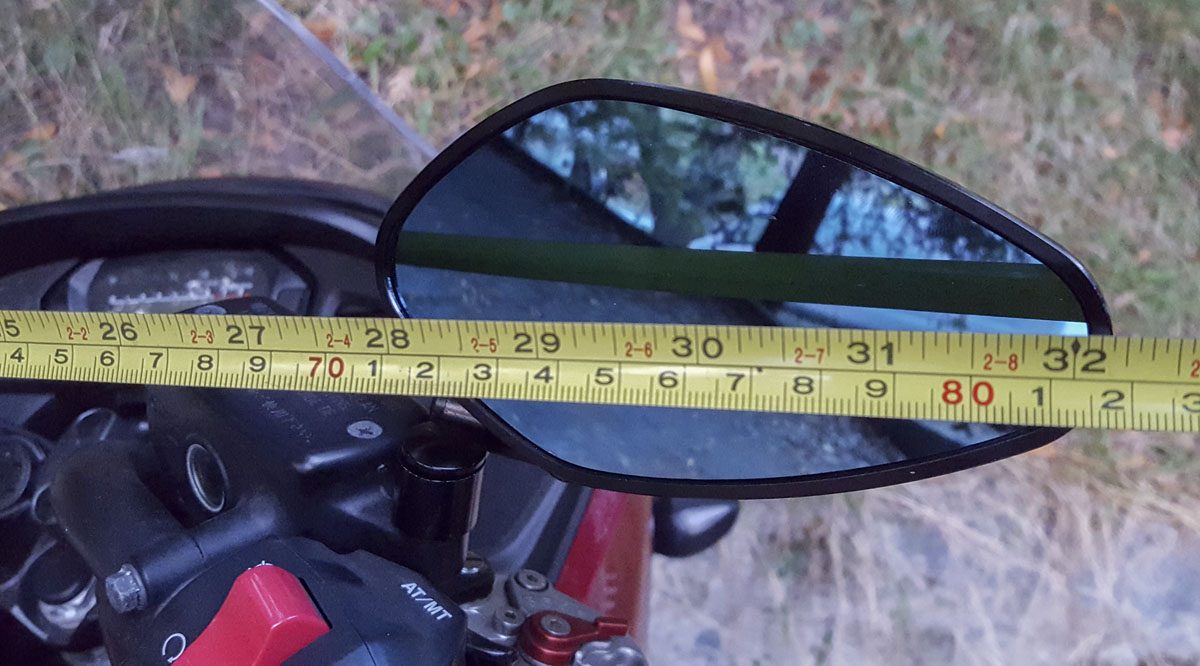 One problem that I had, I thought that I was holding the part enough in the lathe. Then it bounced. I thought that I had destroyed one of the arms but I found a way to bring it back to life. It’s not pretty but it’s working fine.

I improved how the mirror met the end of the rod. It almost looks better too, but it’s right while the OEM method was shitty.

Now, at least, I have good usable mirror but also know what size I need to buy in the future if I choose to replace them.