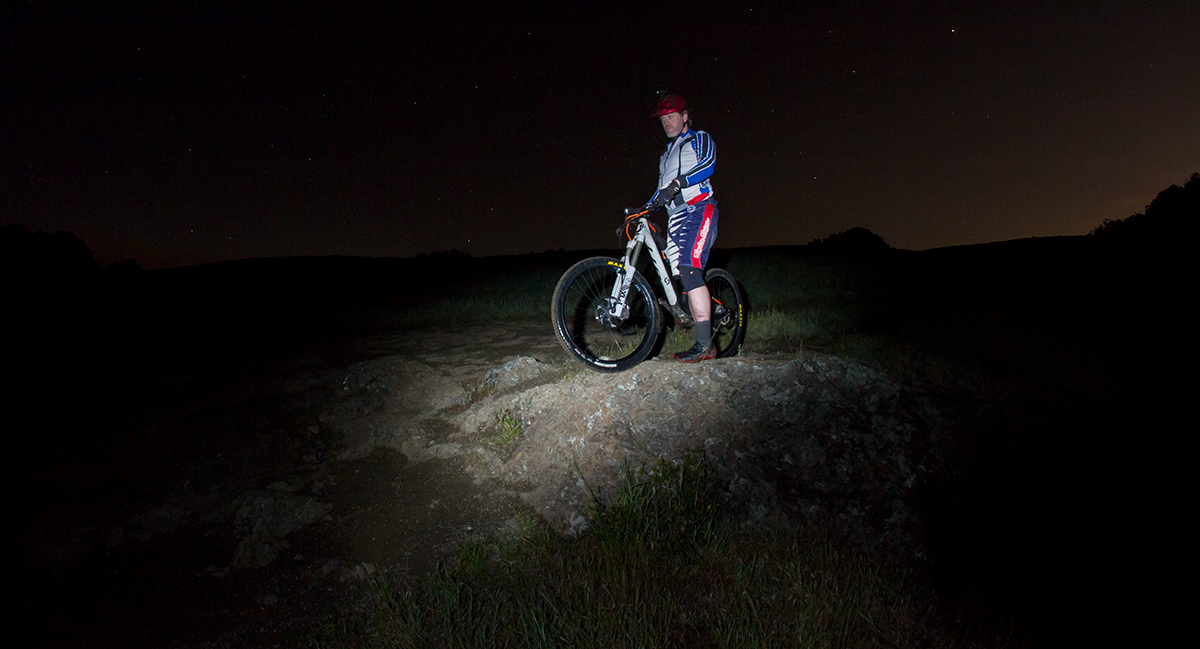 Brian Tyson called me up yesterday just as I got home from work. I was a little haggard and just wanted to chill. “Pete!” He said. “Let’s do a night photo shoot! I have a shot I want.” I was not in the mood. I protested. “Another day?!” He eventually won me over. I was glad I dressed warm. We shot until about 10pm. Dew had fully dropped by I was cozy and warm. I rode one hit the whole time. The little drop at the ranch. We were looking for a long stringer light coming in. 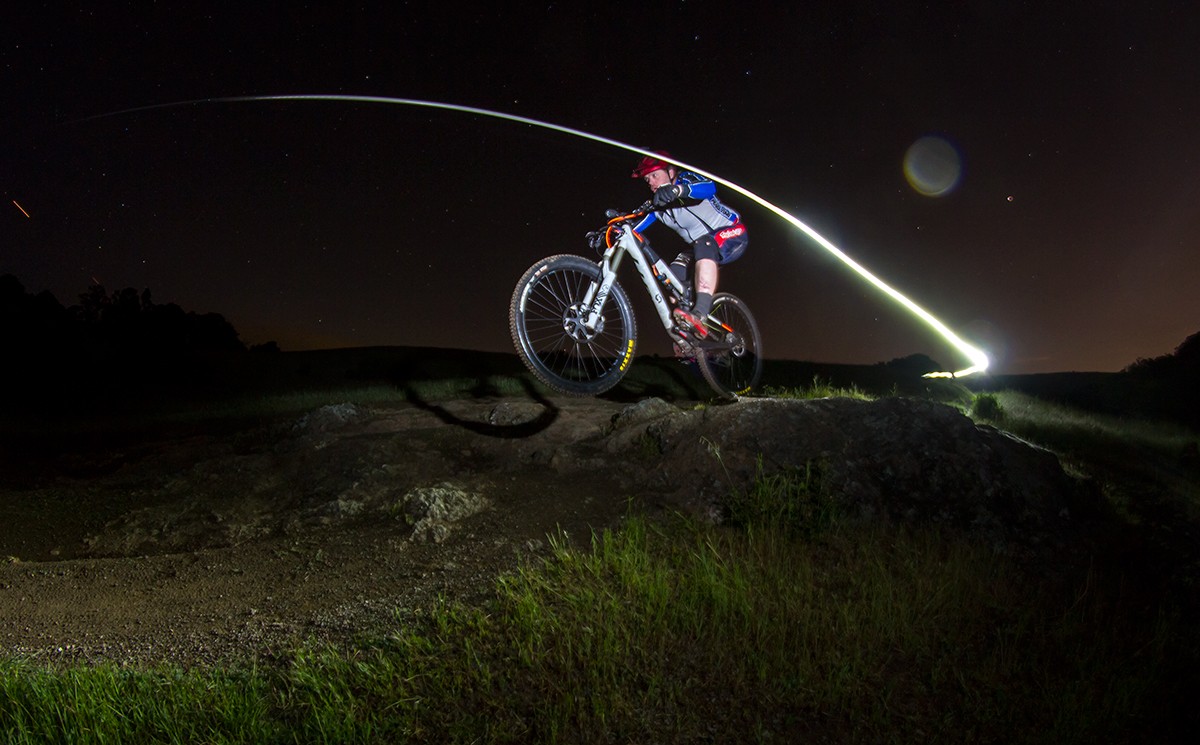 It was interesting. I’ve never really done night action shots before. I rarely work with a flash also because I’m too much of a noob with a camera. There was so much to learn during this process. Having a nice solid tripod is a good start.

Some shots were blinding. My landings were sub-par because I basically couldn’t see after the flash. I rode without incident though.

It was really fun. I think in the end we needed another person with a bounce and another flash. I think we really needed more light for the freeze frame. None of these shots were what we were looking for but we learned a ton. Hopefully next time we will get the shot. 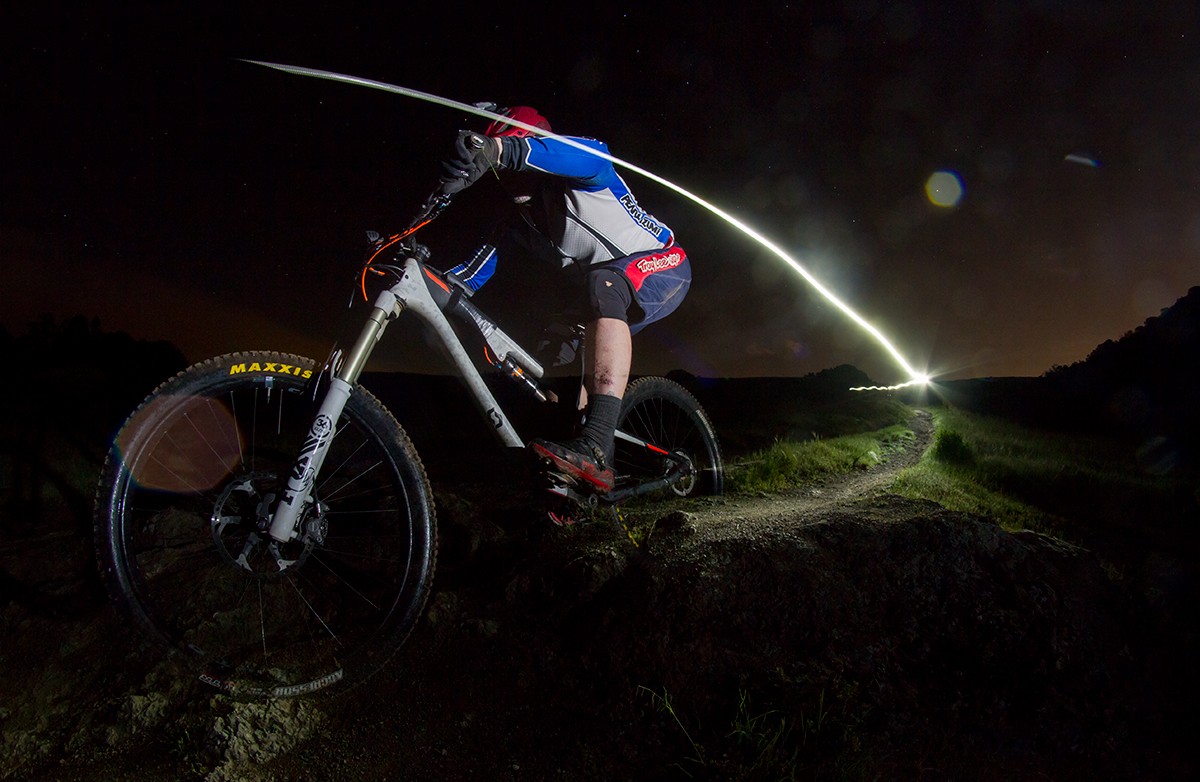