I’m not easily impressed when it comes to seeing bikes out in the wild. I’m not saying that there aren’t a lot of people doing great things, but when you’ve been looking closely at the finer points of cycle design and fabrication for close to 25 years it takes something special to stand out. This week I was impressed not once but twice.

The first was at a lecture Bike + Design: Everything but the Bike in San Francisco. A nice series with this one focusing on things other than the actual bike. Garrett Chow of MASH had one of his personal bikes on display that he did the graphics for while he was working at Specialized. Nothing was too special about the bike itself but the paint and graphics were stupendous. The theme was the colors that would be in result of an FEA study an engineer would simulate while designing a frame. This bike had made the rounds online but it was really nice to see it in person. It really looked great and I was just smiling looking at it. 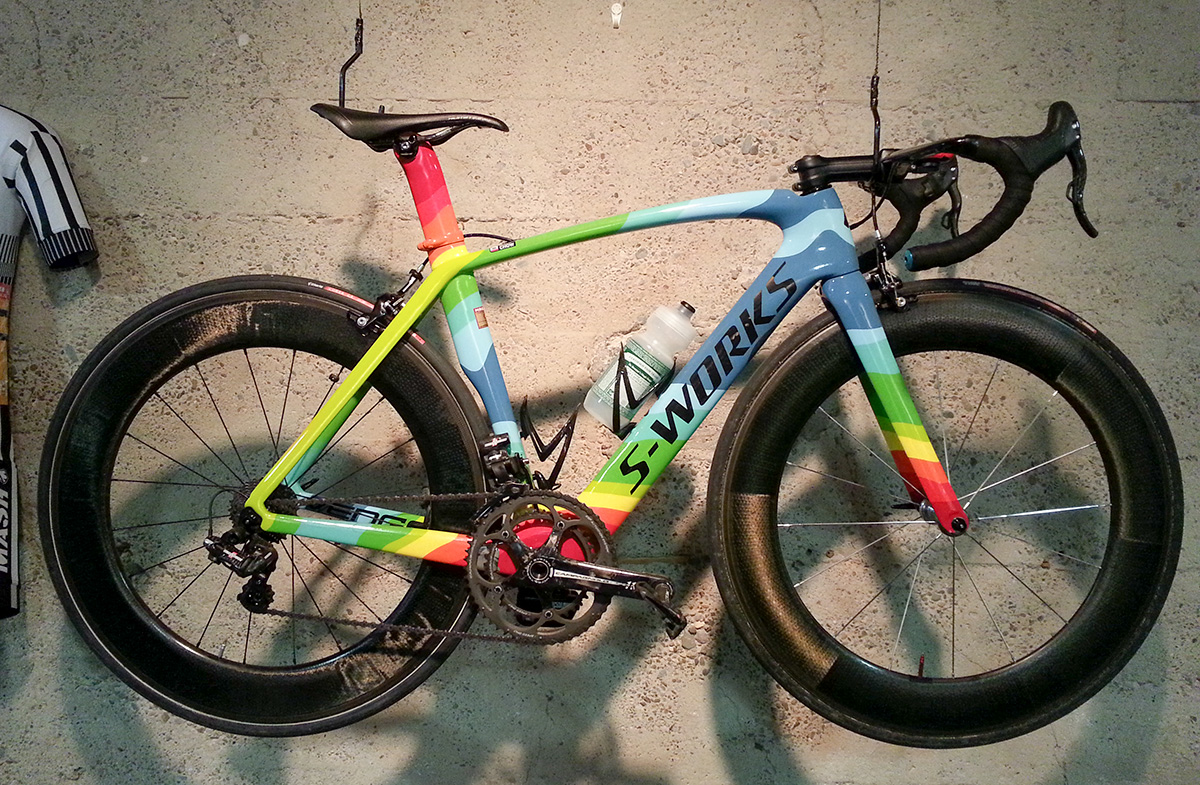 The second instance was while stopping by my friend Dave Mashin’s pizza shop (awesome, The Pizza Place on Noriega). I was dropping off some bike parts to Dave when I spotted something special parked at Devil’s Teeth Baking Company .John Fitzgerald (Fitz Cyclez) has just moved to San Francisco from Madison, Wisconsin and has made Outer Sunset his new home. John builds frames and had some sort of relationship with Banjo Bicycles that makes some incredible bike racks. He was out for Sunday coffee with his wife and kids. The family had their bikes with them.The star of the show was ‘Little Brother’ probably one of the best 26″ side hacks that I’ve ever seen although I don’t profess to be an expert in this realm of cycleing. This is a very very well done hack. Based on the Barrett Bros. Racing Sidehack this bike is scaled up and looks fun. In SF, many kids get to school with their parents via ExtraCycle. This is one way to out cool the cool kids on your way to school. Awesome. 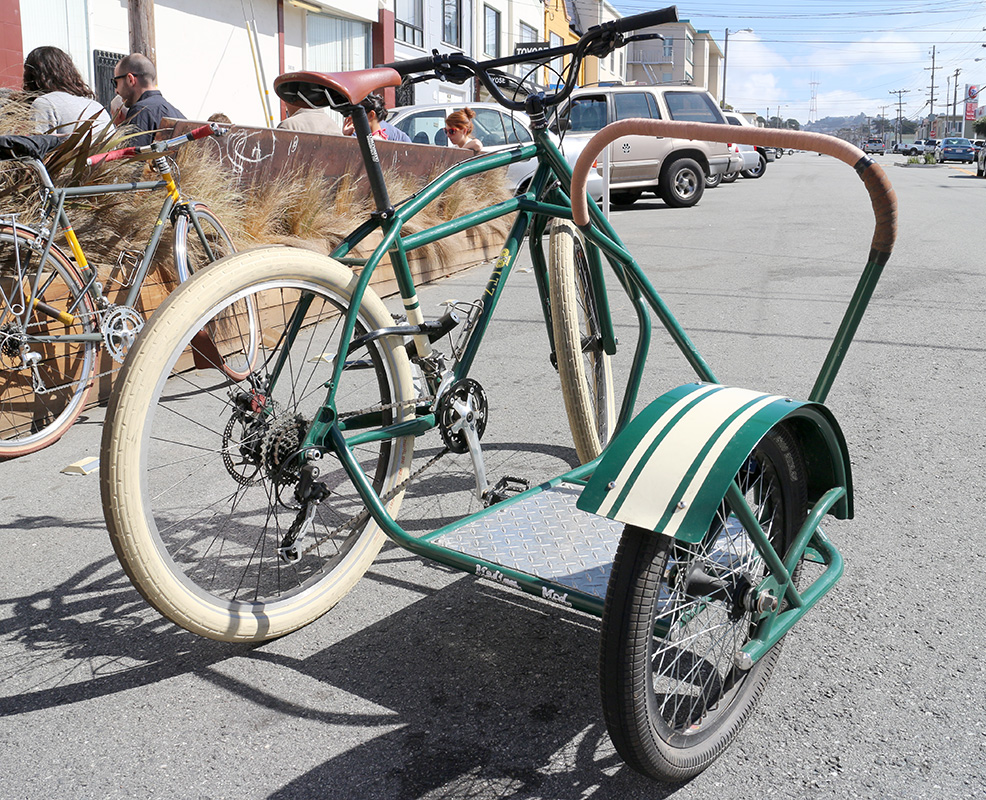 John’s son’s bike was also pretty nice. I love custom kids bikes as they are always made with love and show the designers real skill. I would have loved a bike like this when I was young. 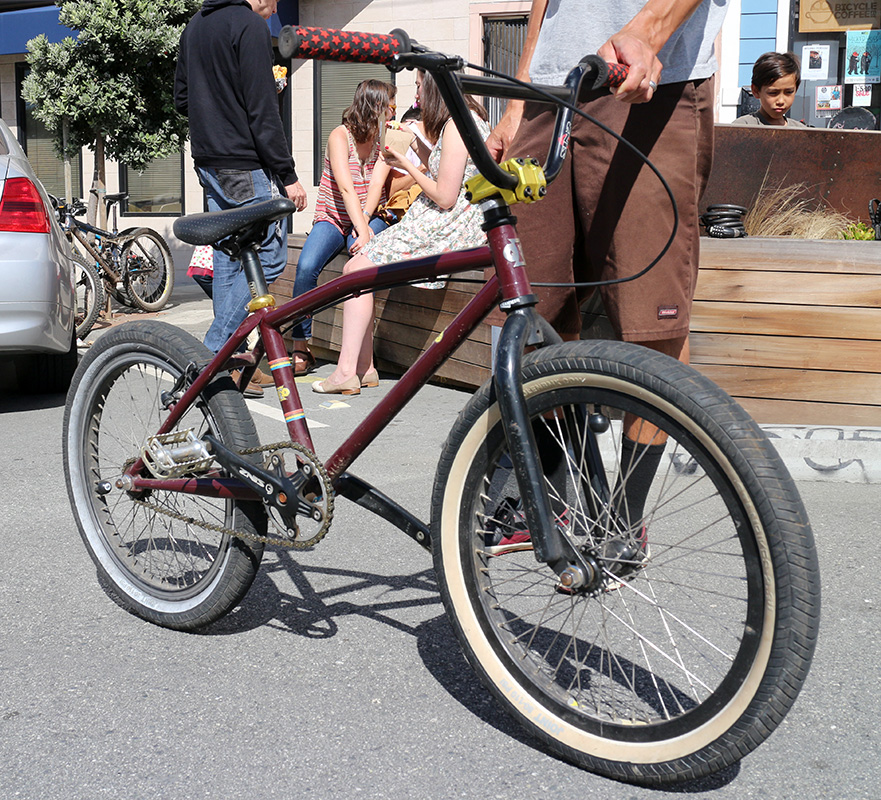 Most of the of the details on his wife’s bike are your average fair these days. Trendy gingerbread and goofy handlebars. I’m a little disgusted with the dandy-bike trend but as John just got here from Wisconsin, I’ll excuse this case. One specific detail I thought was very special. The solid battleship grey lugged stem. It looked incredible. Very nice lug work as you’d expect but lacking the usual contrast, pin striping, and paneling. You forget how good things can look when you let the actual elements shine through. 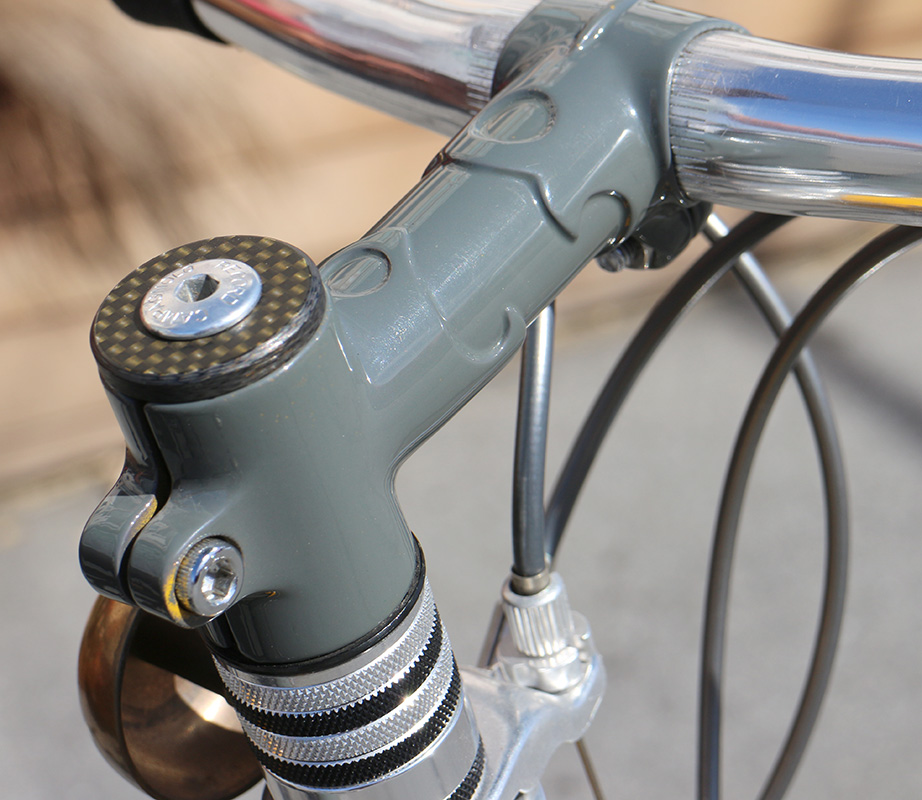 I’m looking forward to seeing more of John’s work as he discovers real Bay Area cycling to mix into road and mountain frames. I’m sure we’ll all see more from him that catches the eye.

While on the subject of family and being impressed. One of my cool neighbors was getting the kids off to school this morning (10/3/13). He had an Extracycle on an antique Schwinn (2spd) with a cello loaded on it. The two girls with their classic cruisers. I gotta say, Fairfaxians have class! 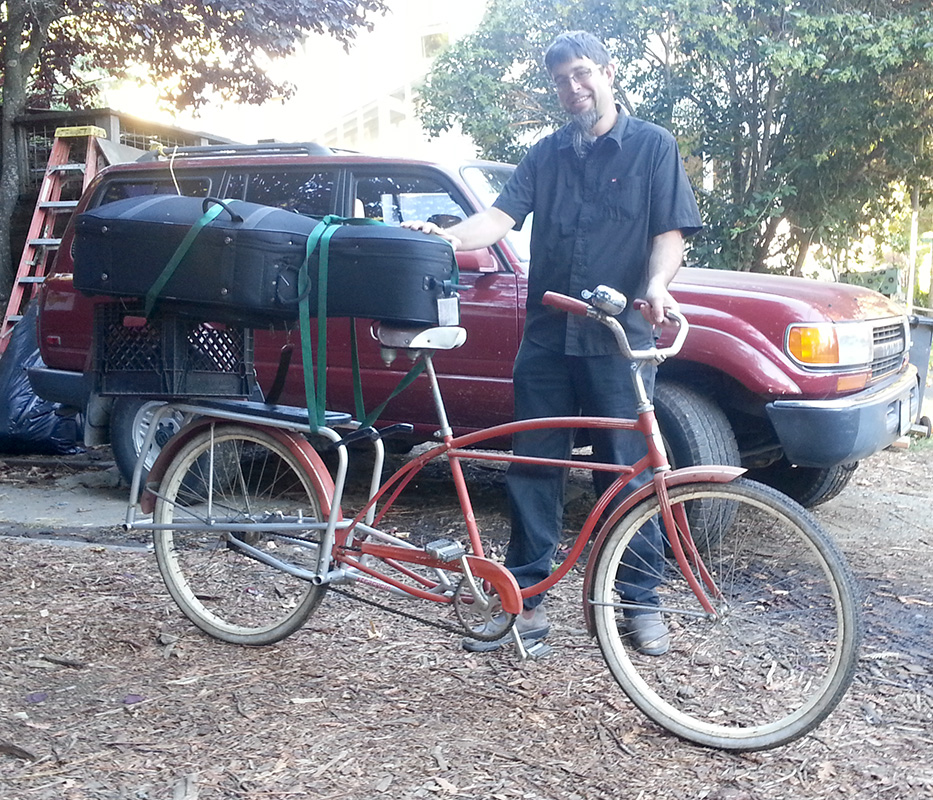 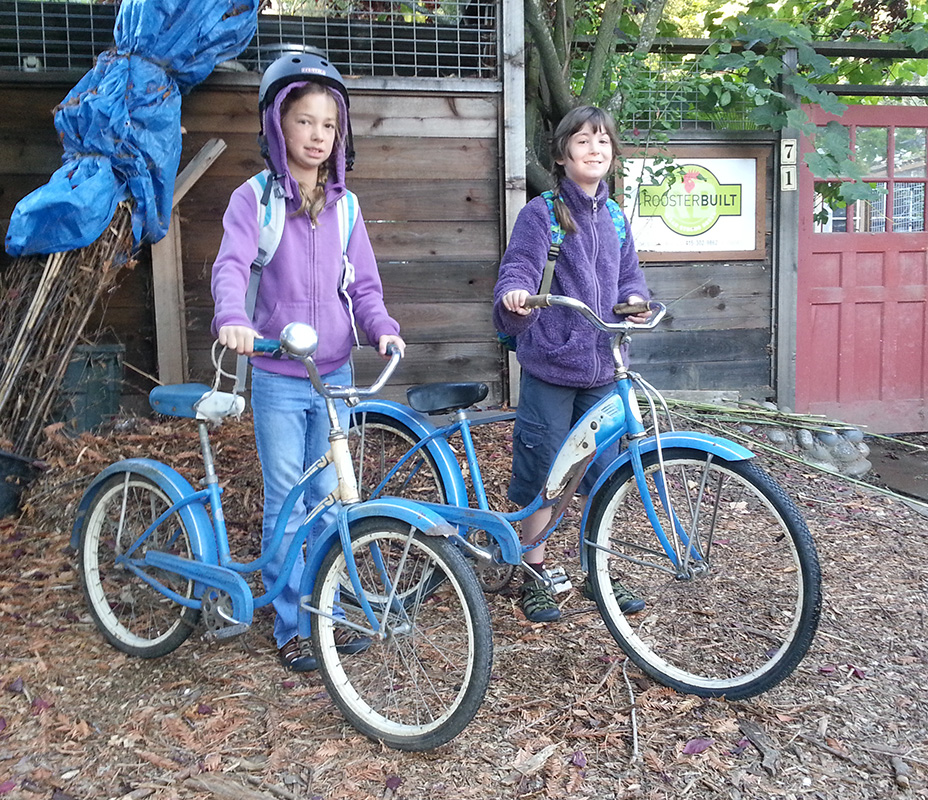