I hate the BB30/PF30 bottom bracket interface. It’s pretty much common knowledge that I do. I’ve shown why its lame in theory. I also pull out my hair when I have to work with them in practice. Wtf happened with the drinking water in the bicycle industry that allowed this garbage to be widely adopted? I’m in awe. Just use BB86/92. Do it right.

Regardless, one of my bikes has one of these dreaded PF30 shells. I’ve been struggling to find a good way get it to work for a while. After Sea Otter, it was time to deal with it.

At first, when I got the bike, I used Parlee adapters. On paper they are light (104.5g.)and perfect. In practice, they don’t work. They creak and they shift. I tried them with spacers and without. Finally, I gave up.

Then I used a SRAM PF30 BB with Wheels Manufacturing delrin adapters (137.3g.). It didn’t creak, but it looked like garbage, didn’t make good use of the real estate available, and in a short amount of time roached.

Now, I finally broke down and got a PraxisWorks conversion BB (68-3001)(146.4g.). This unit keeps the bearings spread far apart and looks great. Only delrin touches the frame and the spindle. Given that it’s only about 9 grams heavier that the last option, I doubt that could be an issue for anyone.

If this doesn’t work, I’ll try the KCNC/RWC “PF30” TO “HT2” CONVERTER BOTTOM BRACKET. Another take on this concept. 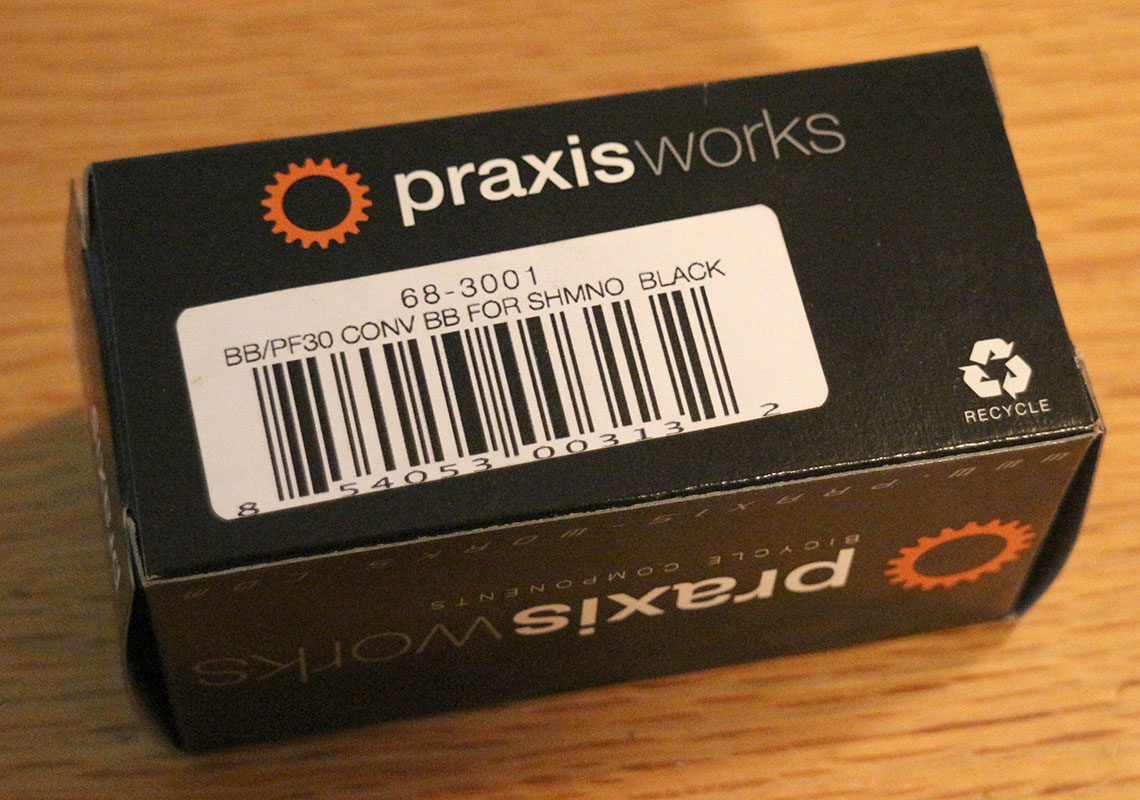 I’m hopeful that this is the final solution for this situation. It looks right. Time will tell.