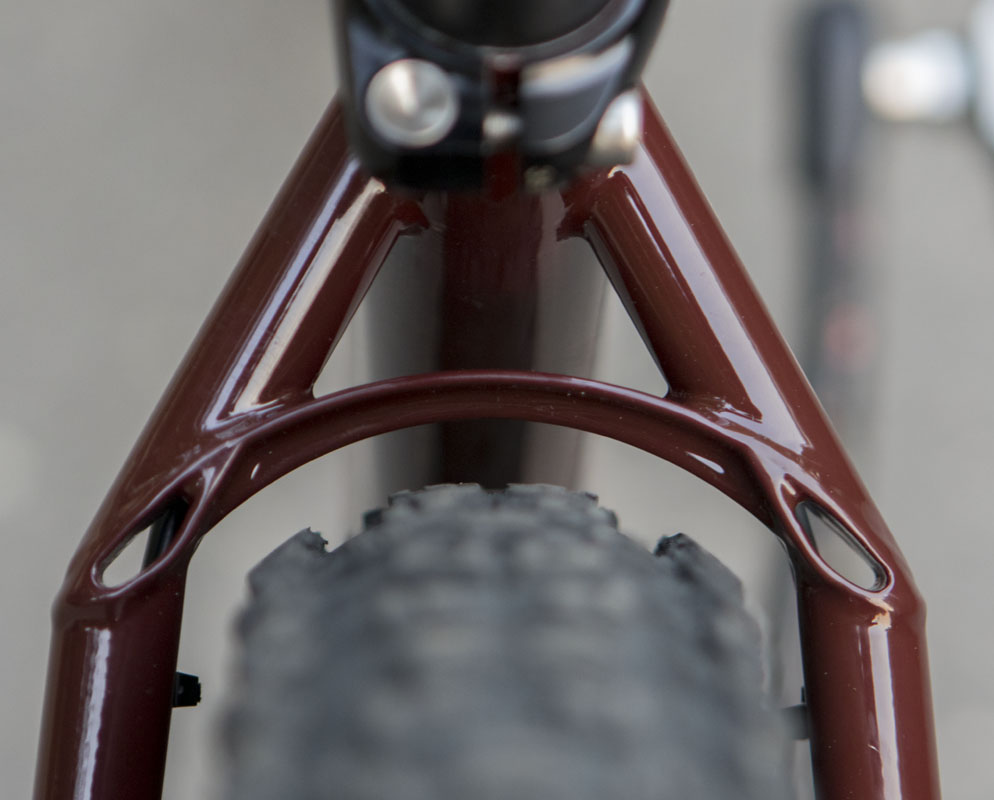 This past week, six hardtails were selected from the 2017 section of a thread on pinkbike.com to run head to head in a reader poll for “Sexiest AM/FR/Enduro Hardtail 2017“.

I was proud to have the PVD SR-71 Blackbird selected in the group of six, thanks to Tory Sox‘s nomination. The race was immediately on between my bike and a Stanton Switchback Ti MkII. A few back and forths in the cound in the days before the poll hit the main page, then Stanton took off. Their sponsorship of the British Enduro Series, sponsored riders, and that they sell inexpensive production frames in Great Britain probably helped them a lot here.

My fans put up a wicked fight but in the end the Stanton won by 9.8%. Nobody else was even close. Pretty crazy considering how many people consider me a villain. 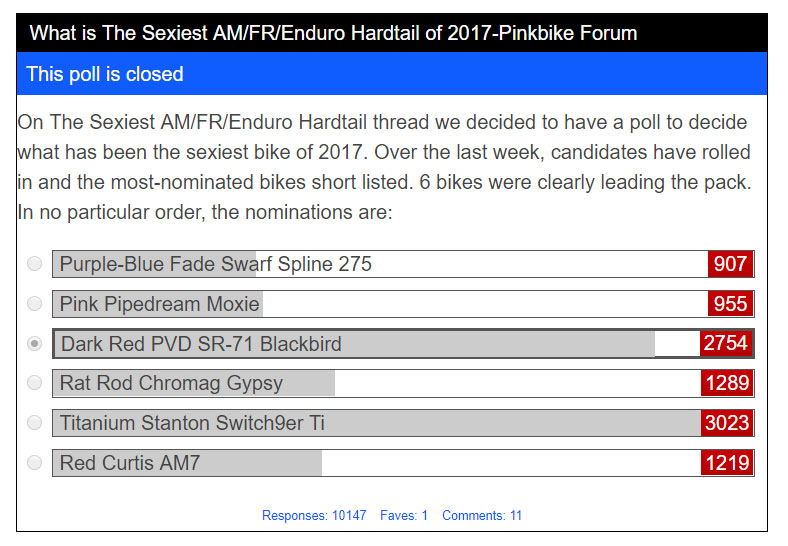 Really, this was nothing more than a beauty contest with one image representing all of a bike. Those of us with better photographs did better than others, regardless of the other important details. Other’s, because they have a loyal following. Enve rims and fancy parts made a big difference for many in the comments. Matching tires seemed to be a big deal. For some reason, quite a few folks havent got the memo on what makes a bike nice and it’s not fancy parts.

I really wish that this had been a strong race between Blackbird and the Pipedream Moxie. While the other bikes were nice, when you look at the geometries and design, none of the others were really in the same class. Crazy as it may seem, I think performance is sexy and the two fastest bikes should have been in the lead. 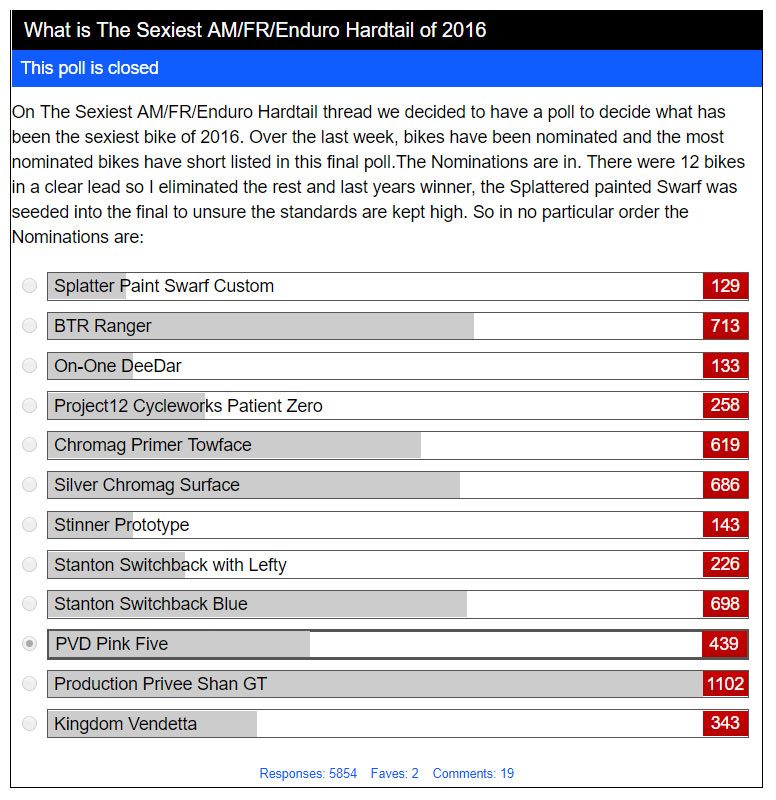 Here, I do give it up to the Production Privee Shan GT. It really is a downright sexy bike. It is though, a very short bike considering where things have gone in the past few years.