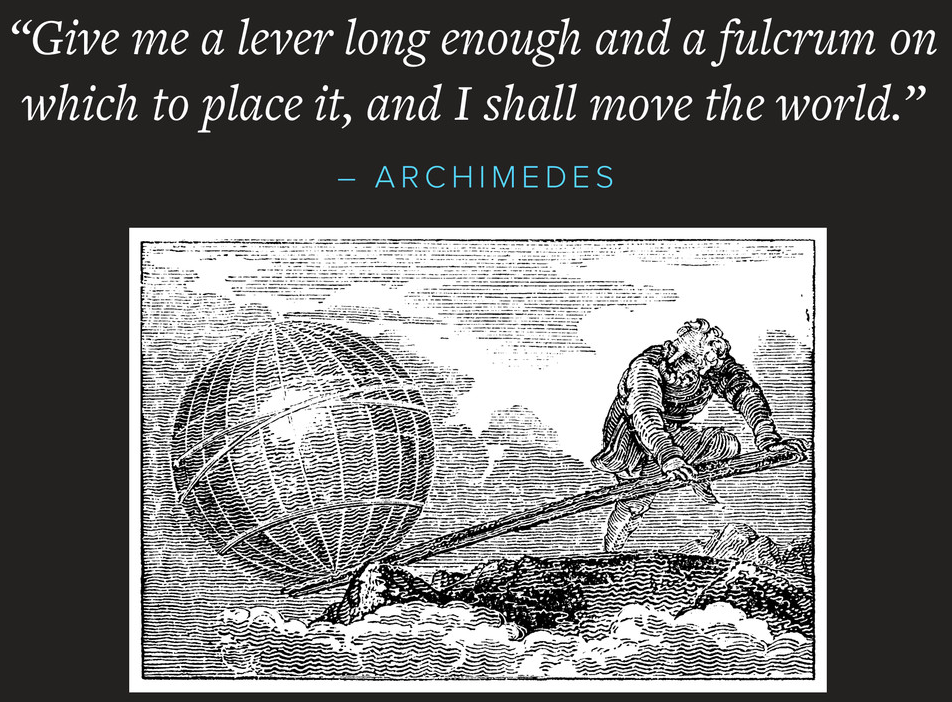 When putting a skateboard together or designing a truck, we need to understand the inherent stability of the system. Control is everything and we can influence that with our choices.

Often, we will talk about trail when looking into this. The trail is simply, the length of the lever that is influenced by the ground and the machine through the pivot axis. A first class lever. It’s not exactly the same as on bikes. It’s not so much the castor effect, like on cycles, as it is about leverage. Important in the difference is that while the bicycle’s fork has a potential (flop), the skateboard baseplate does not. The roll center does not rise or fall with the tilt of the deck. Thus, it’s all about leverage. 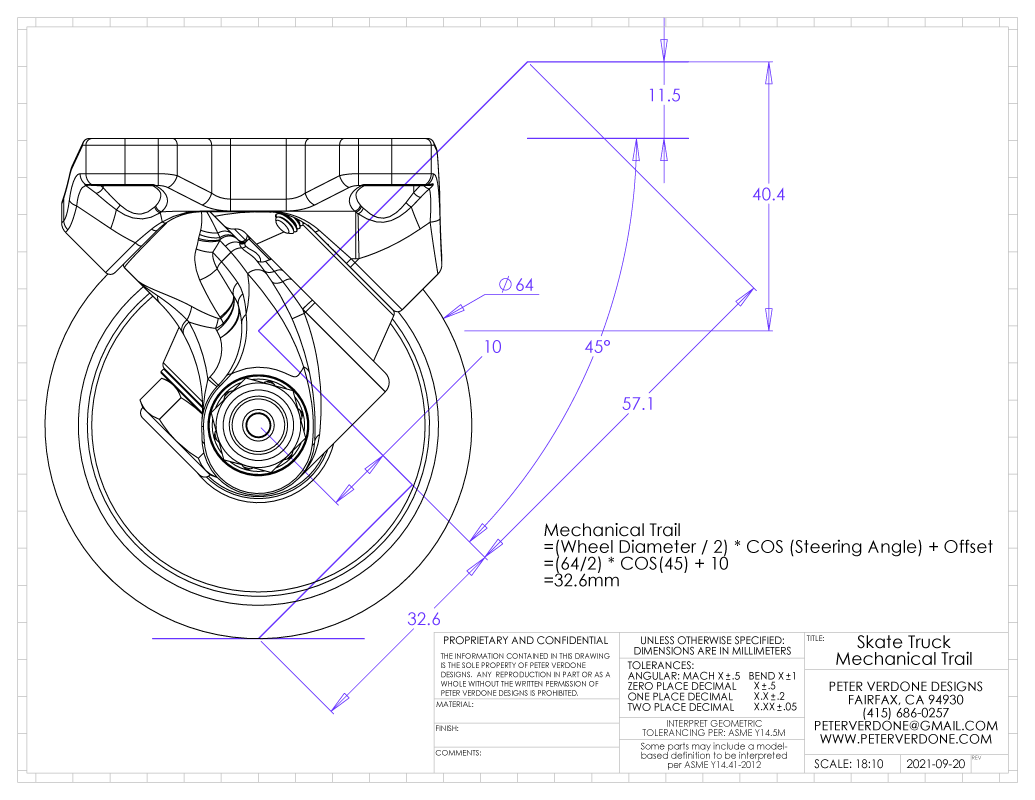 Our goal would be to match the steering angle to the wheelbase to achieve the correct turning arc for a given amount of deck tilt, then adjust the offset for stability and feel.

This is all pretty standard stuff in the world of machines that use the castor effect in the vehicle dynamics.

What’s also helpful to modeling the skateboard and understand the system is looking in the other direction. There is another lever, that is connecting the roll center (as previously discussed) to the top of the deck. This is the leverage that we have from the top of the skateboard to rotate about the steering axis. Here, 57.1mm.

Were we to construct a calculator for given skateboard, we would use this understanding to greatly simplify our work. Of course, I thought of this 20 years ago, as can be seen below. The problem, looking back, I have doubts about the math shown in this spreadsheet as my understanding of vehicles and mathematics weren’t as good as they are today. So I’ll but constructing a new version of this sheet in the next few weeks. The understanding I discuss in this post will be the central model for doing that math. 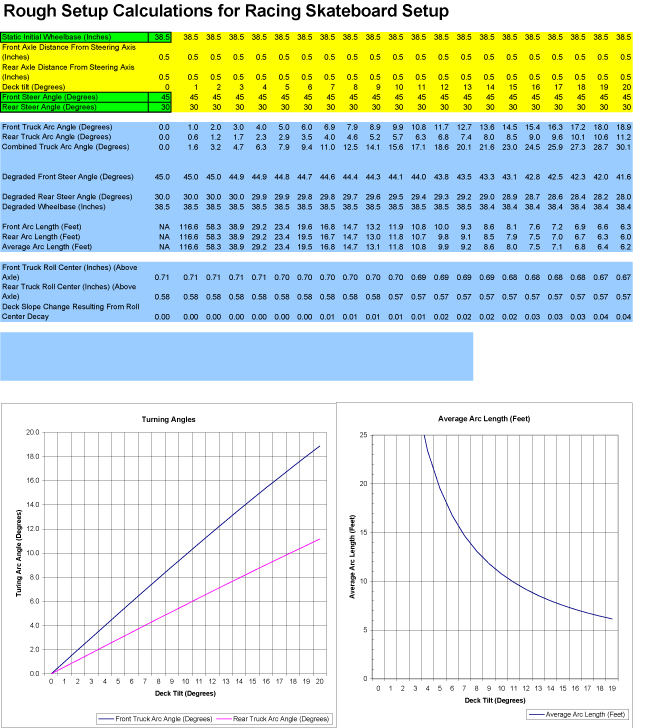