I have some serious motorcycle lust right now. The new 2015 Yamaha YZF-R3 has arrived and it looks fantastic! I want to love this bike. I want to ride it at redline all day. I want to take 30 pounds off it and tune it for hard sport. Somebody just give me one!!!

As the owner of a fairly hot and sorted 2008 GSX-R750, I’m used to some pretty incredible power in a sweet package. The bike is fully sorted and works dam well where I ride. Still, having 2 times more power than needed can actually rob some of the fun while riding back roads in Marin where going over 60 mph is pretty insane. The new little bikes are a great answer to this and the R3 is the star.

I takes some time for fine details of new bikes to trickle out. The May 2015 edition of Road Racing World published the detailed specs. RRW specs are one of the only published sources for detail of this kind. RRW is really the only source for good information in the sportbike world. They break down the gearing. 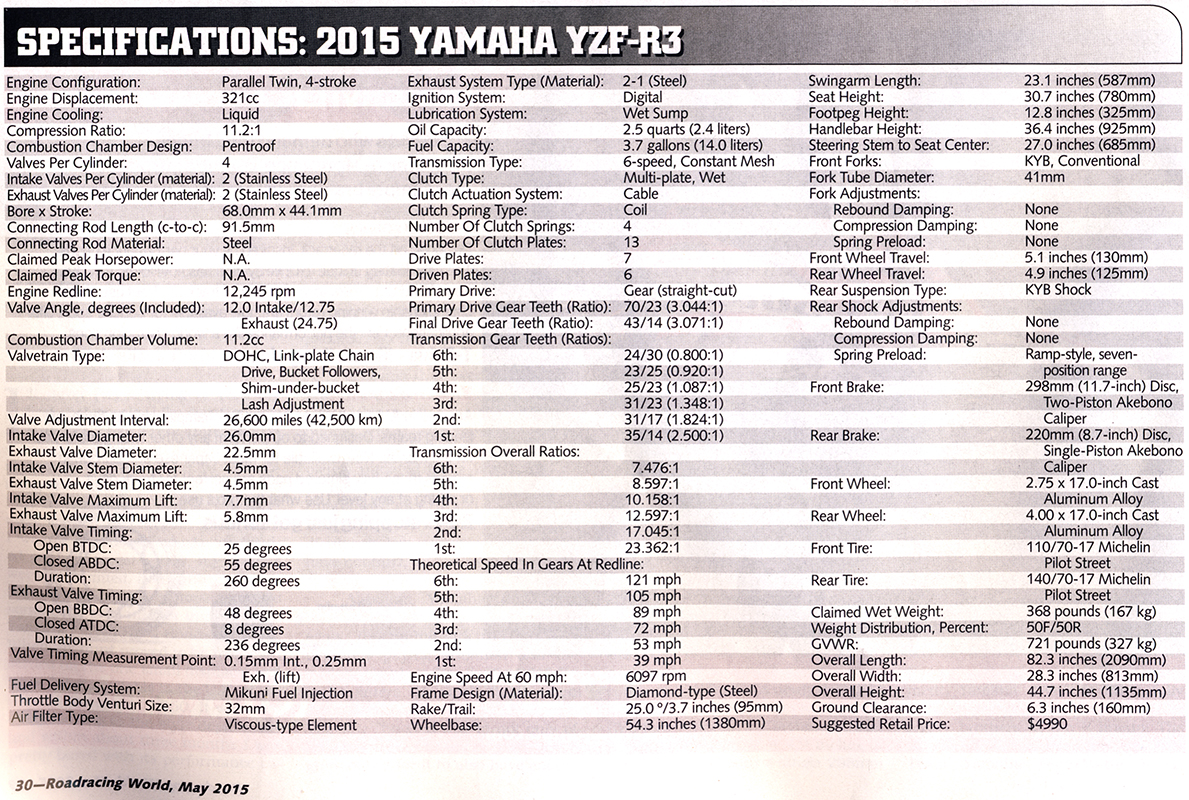 MotorCyclist posted a torque curve on their website. I would prefer actual numbers but the kids like pictures. 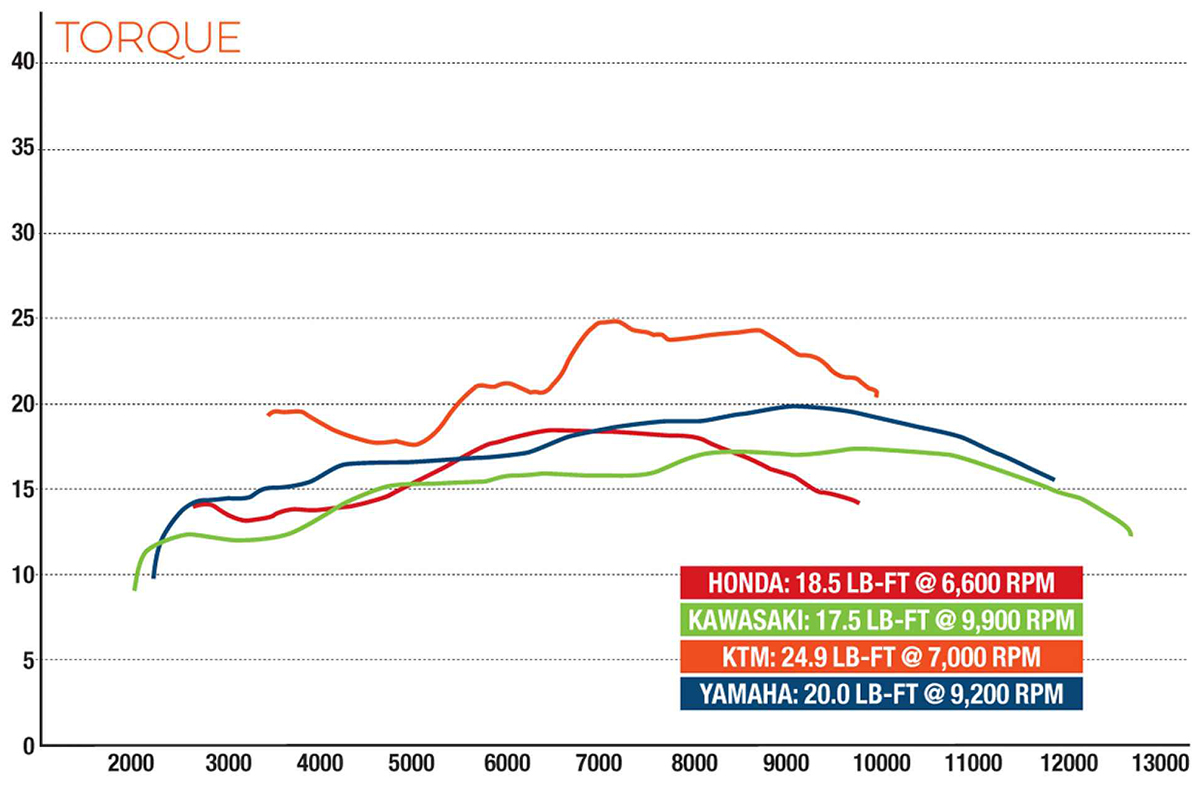 I traced the chart in MS Excel to get some workable numbers. It’s a good trick for folks to learn to trace in Excel, photoshop, or SolidWorks. There is data out there. You just have to mine it.

This is pretty close considering we are looking at a general concept. The shape of the Yamaha’s torque is just so buttery and nice.

Of course, the pretty picture is used just so I can derive some torque values at different engine rpm. Then I can build a gearbox model to compare thrust in each gear at differing land speeds. The roads around me tend to be ridden in the 10-60 mph speeds so that is where I fix my attention.

Obviously, the stock configuration is pretty useless for sport riding. I want to have thrust in the 400-450 pound range in second and third gears. The jump between first and second on most street bikes is too large to be easily shifted between when out of launch. That will give me the goose where I need it. A big leap is necessary in final drive gearing. AFAM has a 50t sprocket for the bike in 520. That’s just a starting point. Still, it may turn out that running 1st is the way to go on this bike. Testing will tell.

It’s a little better. This is a little 300cc bike lets be reminded, you aren’t going to get much so be glad for what you get. If we are able to get a 54t sprocket we’d really be getting somewhere.

The rest of the bike would need attention, of course. A 60 degree throttle and some springs and emulators would settle the bike in nice. Lower handlebars as well. An outright fork swap would probably be preferred. Even a shock off of a higher end bike. Then just ride the hell out of it.

It’s just such a fun looking bike. I hope to find a used one soon.

Comparison to the KTM RC390.

…and blue is better than orange.

The problem is that the KTM probably translates into a faster bike on the street although not as fun to ride. The Yamaha will pull up to the shit where the KTM will be falling appart before the shift.

Internet chatter suggests that the shown numbers from the Motor Cyclist post are highly optimistic and suggest race modification. Many are saying that the peak HP is in the 36 range.

A pretty rough ride but a lot of bang.

If anybody has better dyno information to use for these two bikes (stock), I’d love it. I will be able to update these charts, especially at the lower speeds that are important on real road.