I just changed out my insanly worn out tire from my 2001 Honda Reflex 250 scooter. It’s such an amazing commuting machine. I had to get it back up and running asap. Nothing can really match this thing for the job it does. I could live without my motorcycle but not my scooter.

I decided that it would be cool to compare the new with the worn out tire in terms of weight The tires are both Michelin City Grip 130/70-12 tires. They work well enough and are pretty cheap, $56 for the rear. 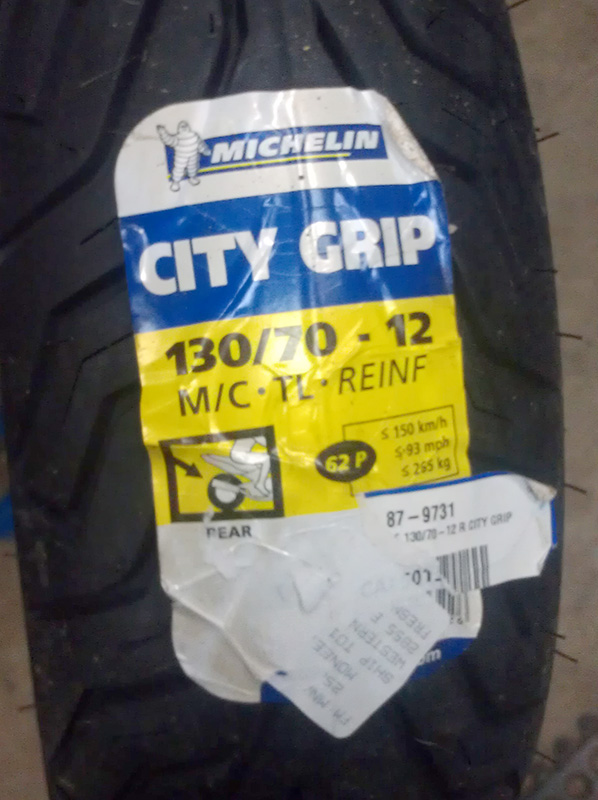 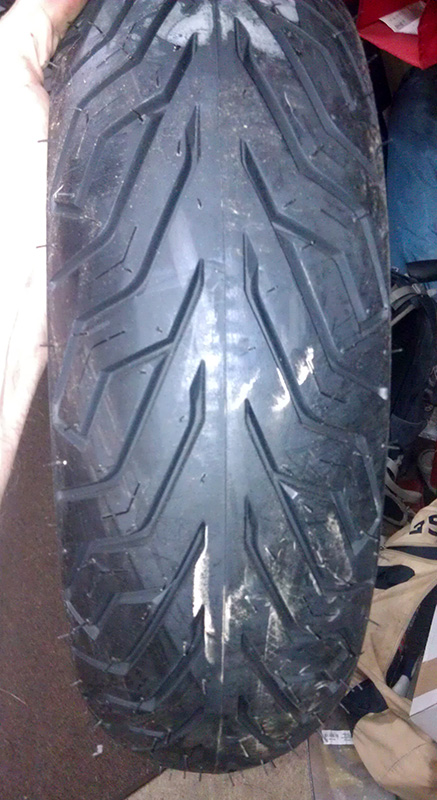 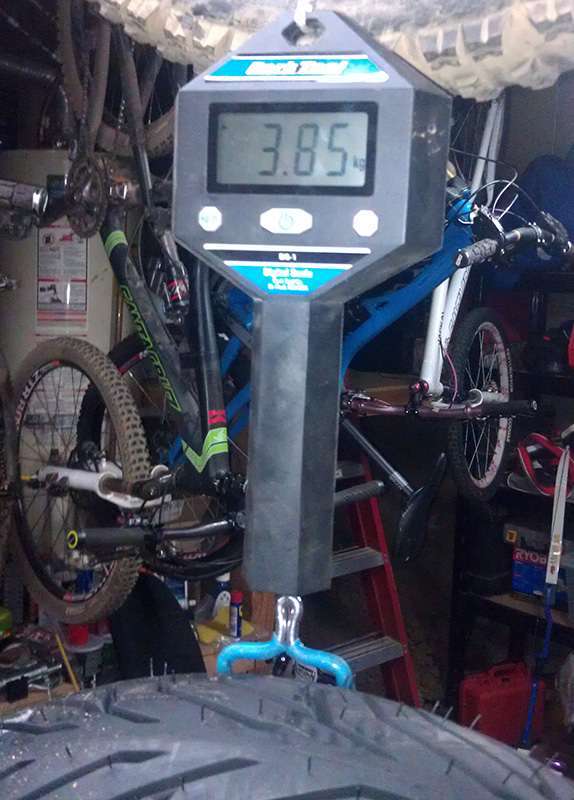 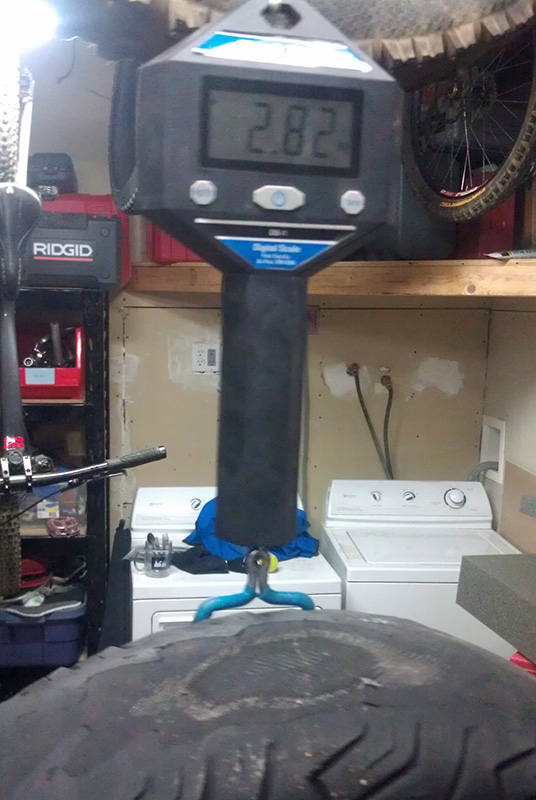 The nice new tire mounted up and ready to install. 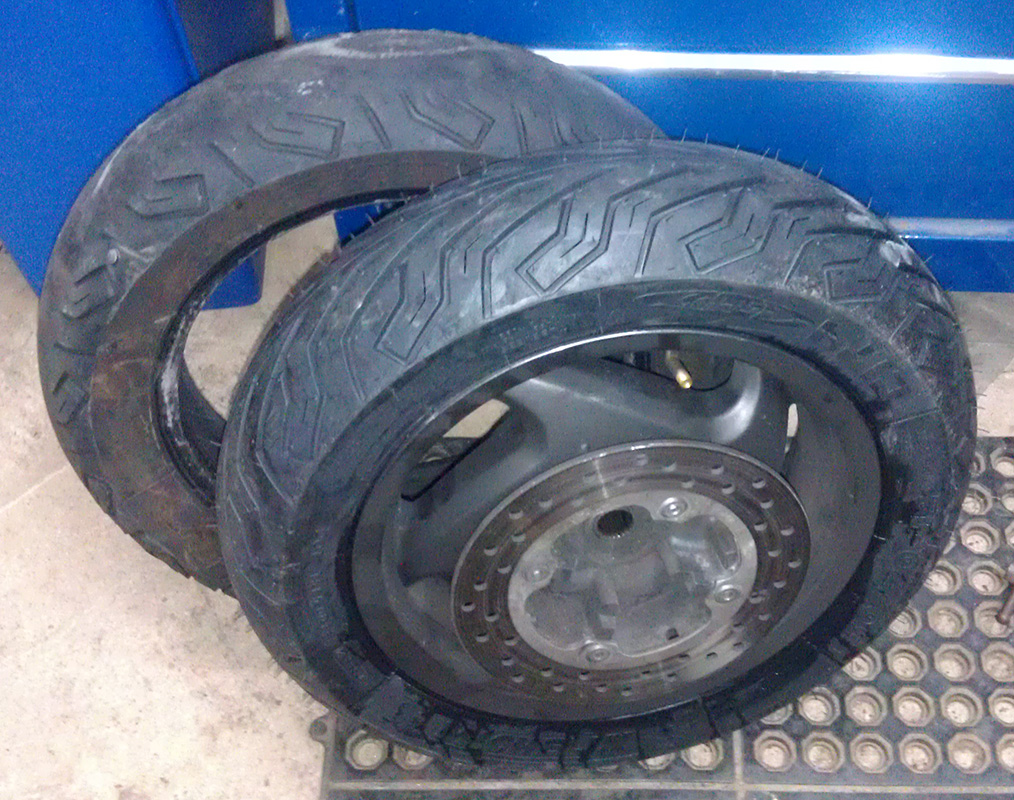 On a side note:

The muffler on the reflex is held on by four 10mm bolts and the pipe clamp bolt. That’s an awful lot for a muffler. Most motorcycle mufflers are held with one 8mm bolt and a pipe clamp bolt. Why so much purchase? Simple. It’s not just a muffler, it’s a crash bar. I’ve crashed this bike an amazing 7 times. Real wipeouts. The last crash was pretty epic, sending the scooter sliding down BoFax for 30 yards. The bike has come out of all of these crashes with a total of $250 worth of replacement parts. That’s amazing. The engineering that makes that possible is remarkable. This ‘muffler’ is a perfect point in that case. 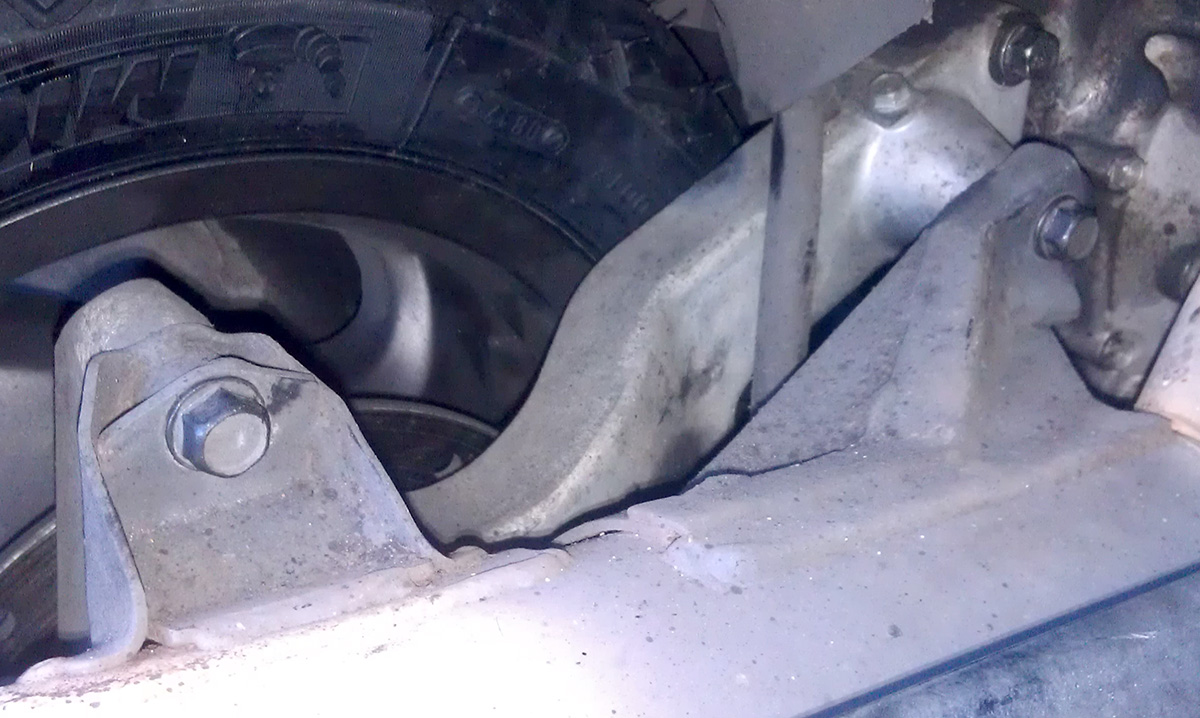 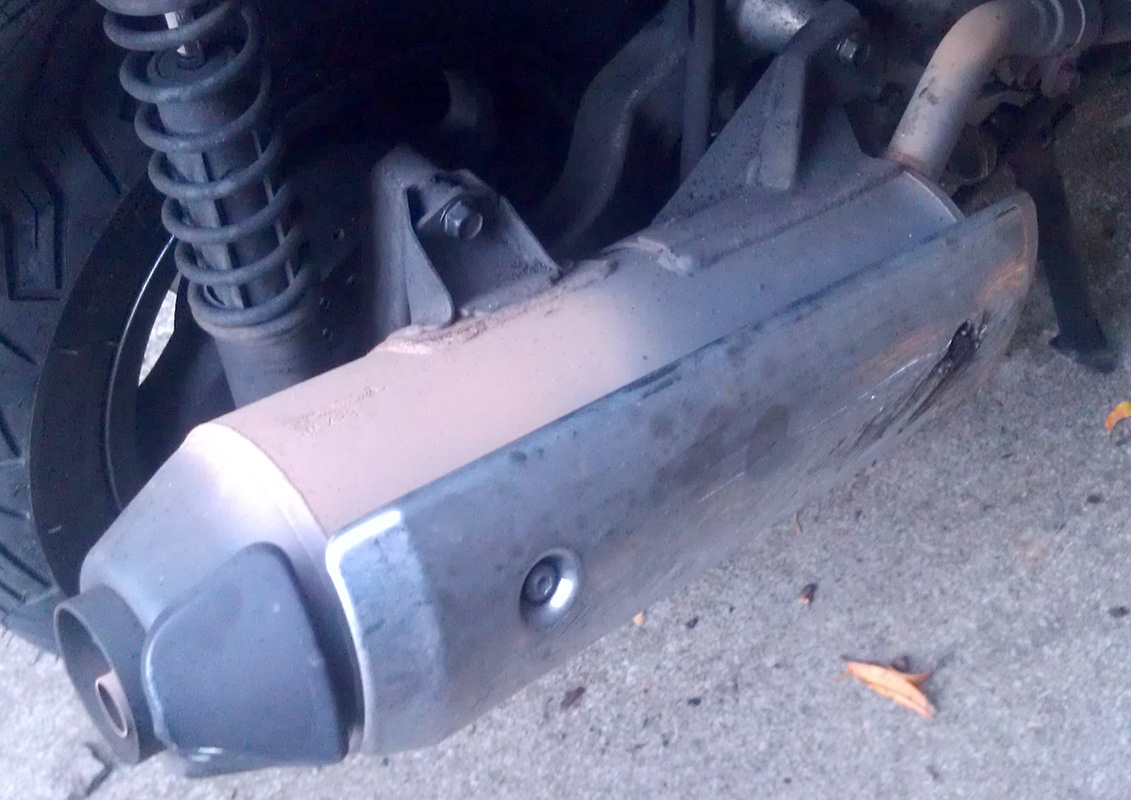