I had a little sewing party in my kitchen on Friday night. I had two things to do; fix the strap on my messenger bag and make a neat dog leash thing. I was derailed from completing the strap as my ‘unsticher’ tool broke. So I put more energy into the leash.

It was to be a short leash mainly for quick securing of my dogs, but mainly to attach to another leash when I park them together. The dogs, being pit mixes, destroy all leashes eventually so I’m in constant need but with plenty of buckles left over.

It turned out nice but I made a big design mistake. I wanted a tactical theme but with a bit of color. Base color being black and an H&K style sling clip gave it a cool flat look and a little bit of authenticity with the clip. Adding a rich red stripe over this gave it a BDSM red/black reference that I love so much. A couple extra loops for utility were added. I got the ‘great’ idea of adding a couple of spikes to the piece. This was a horrible decision. It really ruined the piece as it’s now confused and clumsy. Removing the spikes would leave a hole and that’s no good. I need now to figure out something to put in their place.

The buckle is from an Heckler & Koch carry sling. It’s pretty nice as it’s super solid and works very well. It gives the peice the flat look.

The base black strap is 1″ heavyweight polypropylene webbing. This isn’t right but it’s what I had around. It should be nylon. I’ve got to get some of this.

The red stripe is 1/2″ nylon webbing.

The spike was originally going to be a rivet type, but the material was too thick for the rivet to set. I swapped out for threaded spikes. 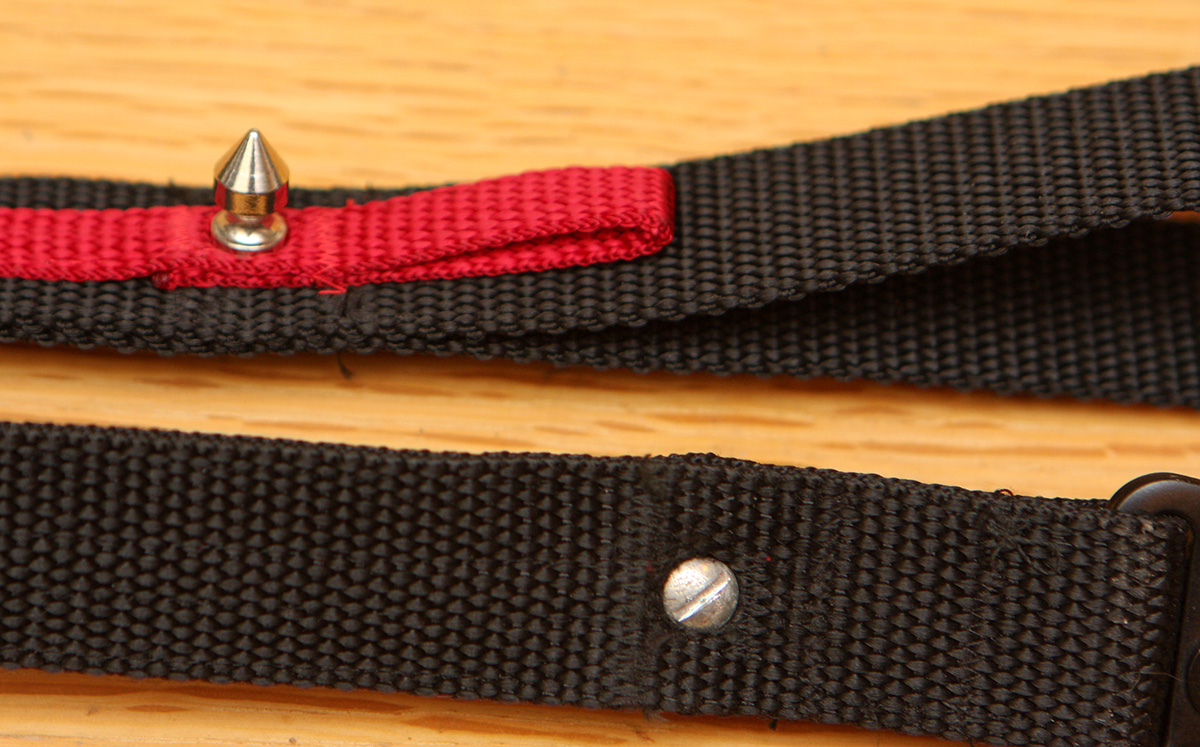 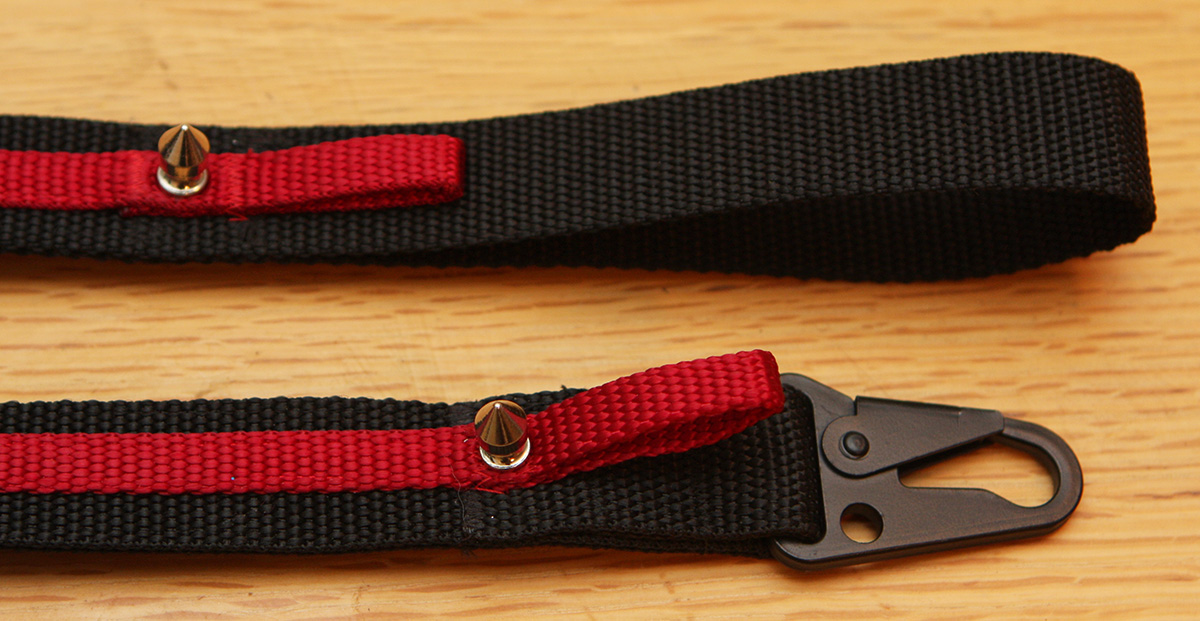 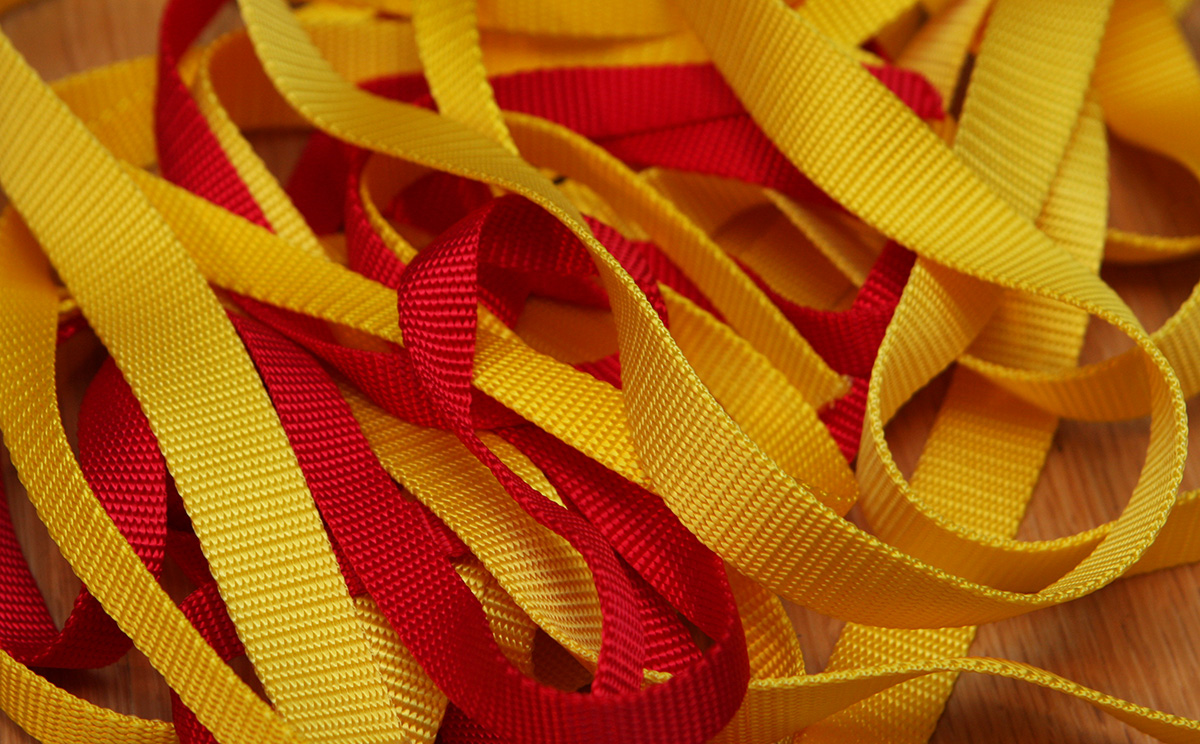