It’s no secret what’s been going on in the land of PVD. Lots of design work. I’ve been working on a ton of new parts and new bikes. Moving development through the Red Five, Lightning, and Baron class bikes, a new class is born. The SR-71 Blackbird class. driven to go higher. Faster. Radder.

This is the furthest I’ve developed the yoke concept for my bikes. Yokes are nothing new in cycle design but, like bent seat tubes, changes in geometry and components has forced once optional design choices to be mandatory. Yokes are expensive and hard to make well. It’s hard to make one that looks good in the computer but it’s amazingly had to design a yoke that can be made and used well. I’ve learned a lot in practice as each of the three previous class of yoke taught me a considerable bit about how to get structure, appearance, and economy from the design. I’m very proud of where I’ve come with this.

So many improvements are included on the new yokes it’s hard to describe. They are small details and tricky for the non-designer to notice. One thing does remain, they are heavier than they need to be. I cant do the kind of testing that I’d need to to make these parts as light as possible. So, I build in a little safety margin that ensures no issue down the road. Weight isn’t that important in a bike frame (it is but not like most people think), so I can put some here. I also believe that if you are going to the trouble of making a yoke, you should have real engineering gains as a result. These yokes do that. They aren’t just a clearance solution. They are an improvement on the structure of the stays. 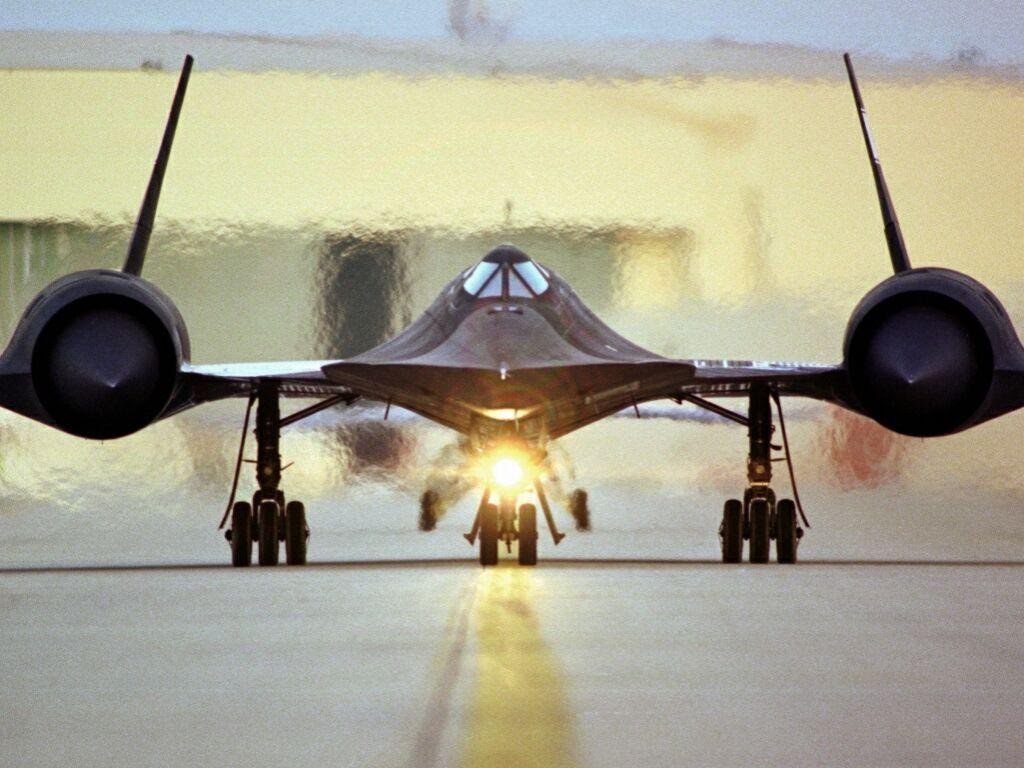 I’ve been moving stay length out (425mm) from previous designs (415mm) to improve fit comfort. This will let me move my saddle a little more rearward and take some weight off of my arms. It’s also a little more stable and with the saddle move, wheelbase resolves to about the same as before. The real loss here is front center but I’m still far ahead of most when it comes to this. I can afford a little more balance.

Thanks to a partnership with a few other folks; engineers & machinists, we are bringing this design forward and making it real. These guys work for some of the best funded and aggressive tech companies in San Francisco and they have tools around them that most dream of. They also know how to get jobs done for real. I bring my knowledge and design. They bring tools, time, and persistence. We all get sweet bikes and I get some killer parts left over for later. Collaborations can help many.

Nick Heys, a fantastic machinist, has done the programming and machining on these parts. He can get fast cycle times and great finishes on the blocks of steel. I told him not to focus an undue amount on surface finish as close is good enough. This since we can smooth the part pre-paint easily and it will look great after. He could have taken these to jewelry level if I had let him. The parts look great. 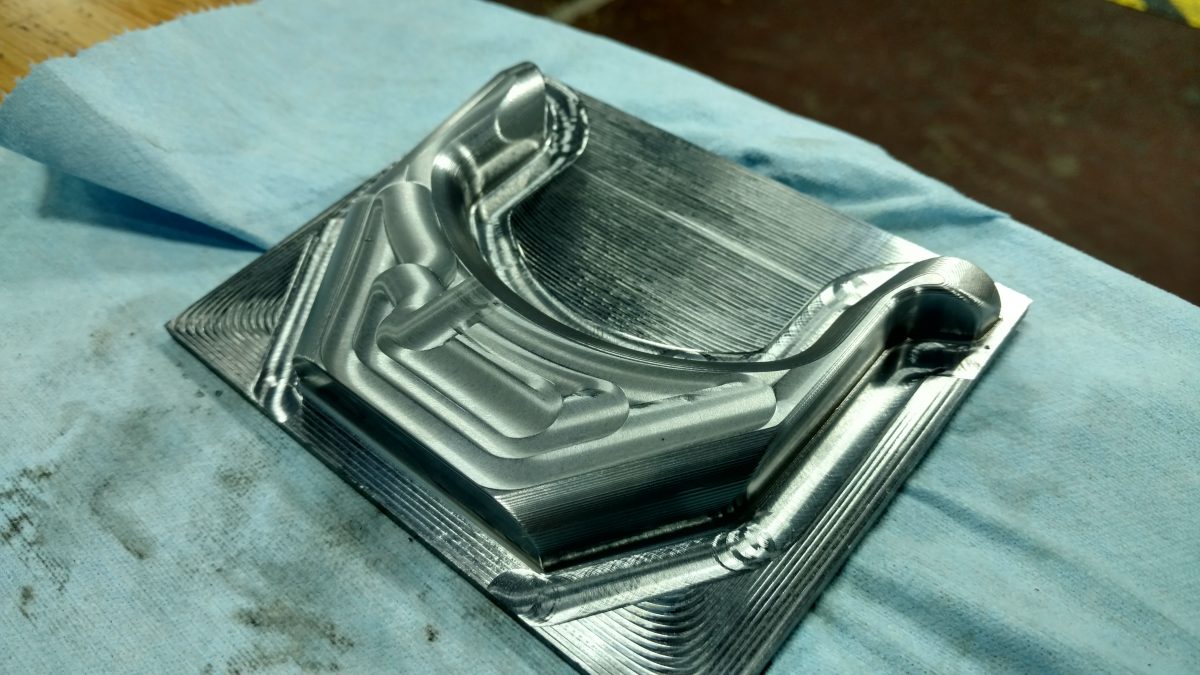 Next, are the new seatstay yokes and head tubes!!! Also bridges and brake supports and mounts on the water jet. 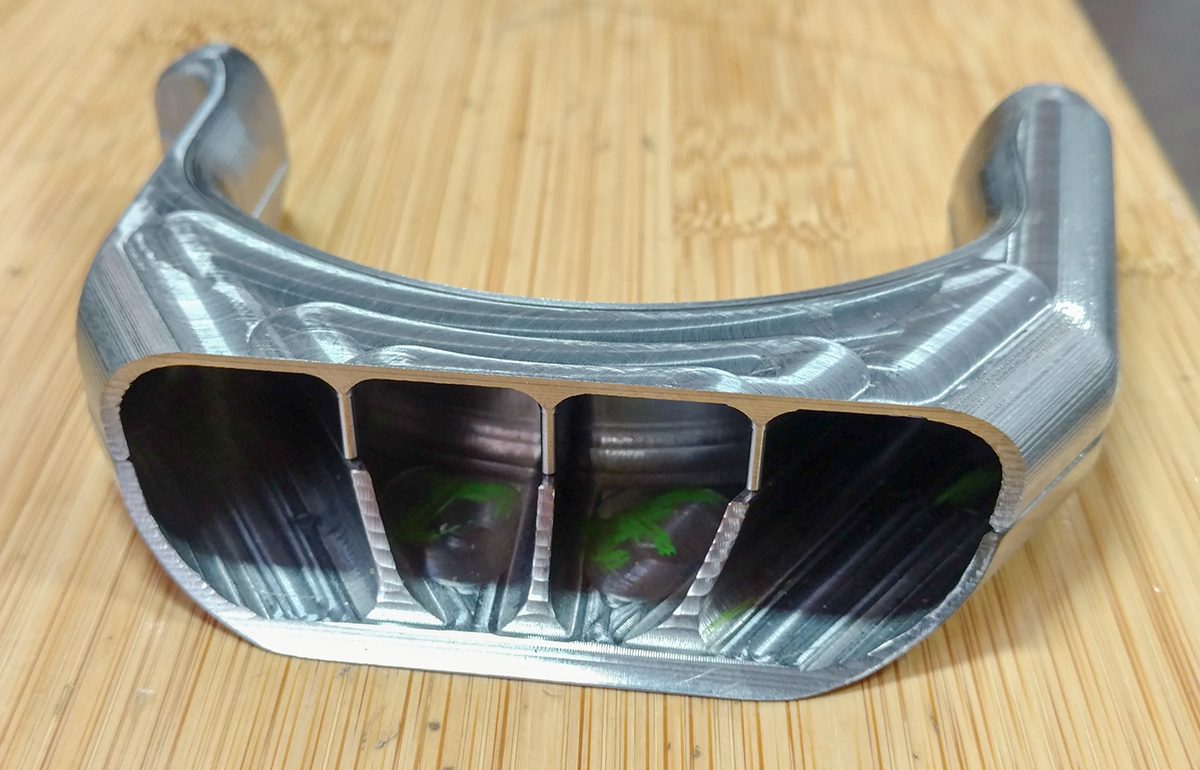 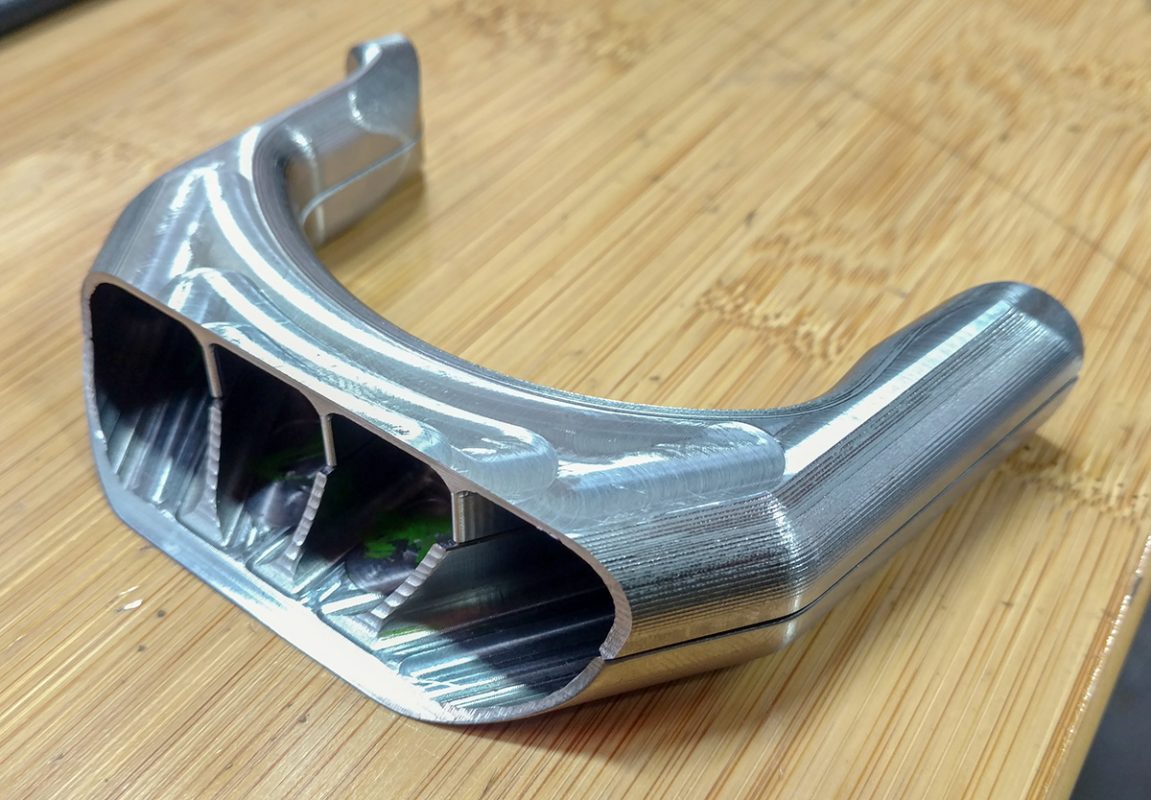 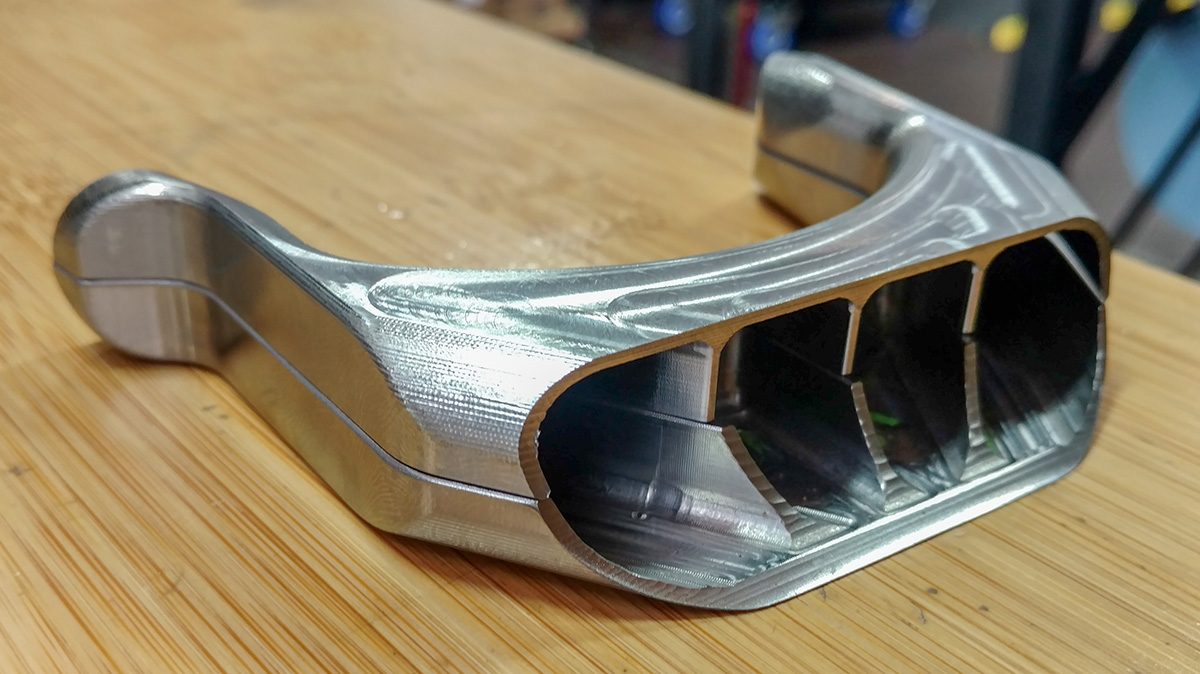 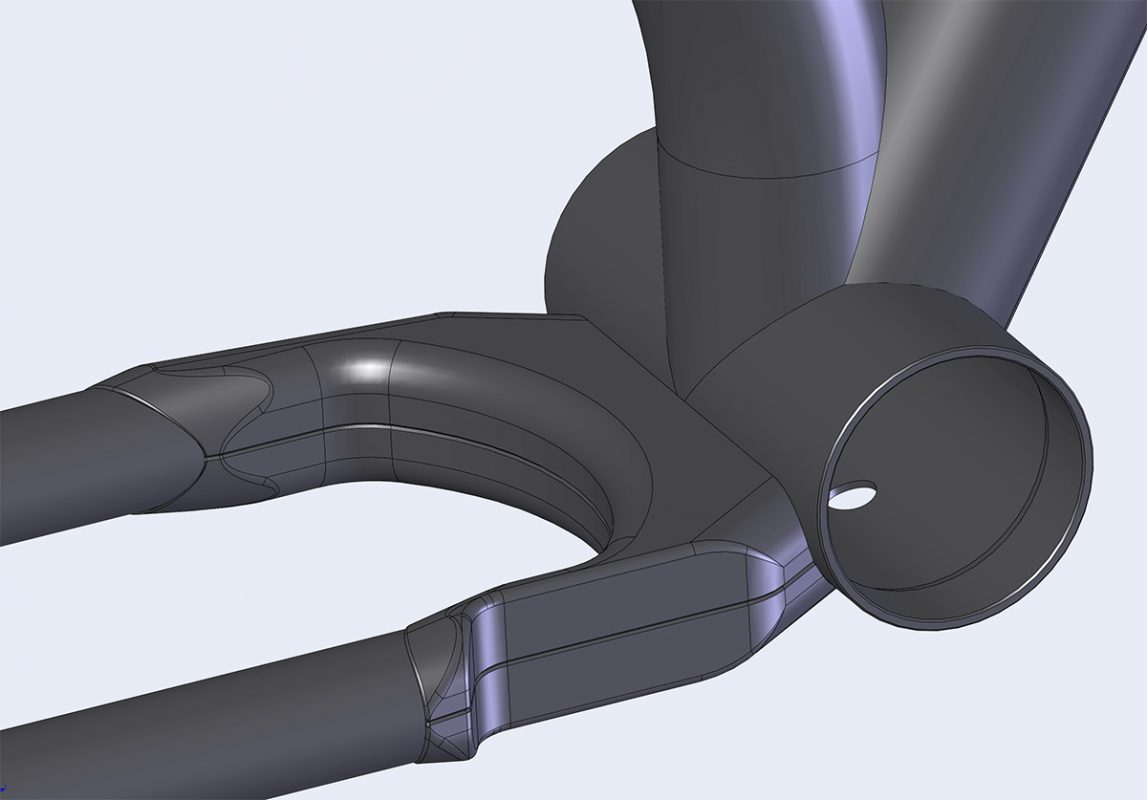