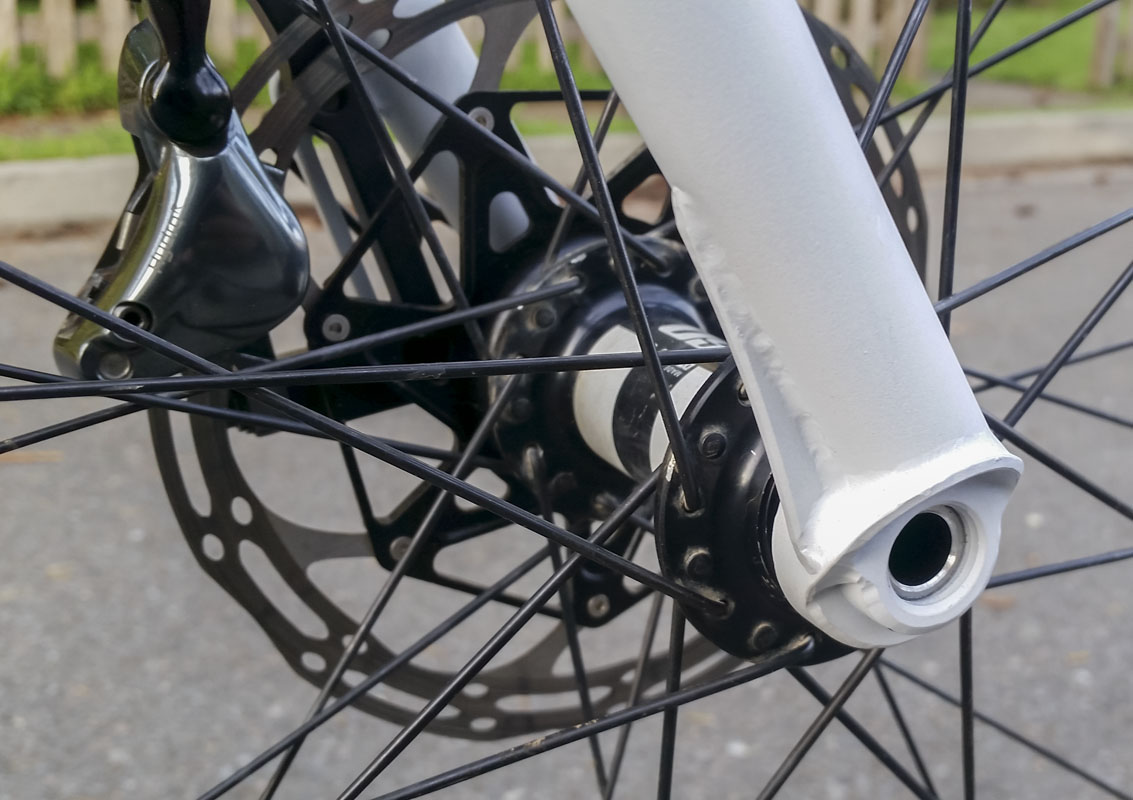 I’ve hated the look of the cheap Chinese carbon rigid fork that the F-35 had put on it. Nothing against carbon forks, I love them. They really are the best, light and flex just right (when done right). I just couldn’t stand the garbage looks. It was a cheap placeholder fork. It’s nice to grab a fork for $90 on eBay but you don’t get great looking or tuned flex. They are light though.

Time went by and now I found a need that fork for an assembly of the old Serenity bike for use as a loaner. I have a couple of old bikes that get cast off parts so they will keep going. Especially in modern times, an old bike that fit me now fits better on a persone 6-8″ shorter than me. Time does strange things.

That gave me an excuse to make the F-35 a proper fork. This is a short term problem as I am about to begin work on a new, highly developed hybrid project using the work of the past 2 years to inform it. The F-35 is better than anything else out there, but it isn’t what it could be. I’m going to get it closer to perfect.

After the work I did with the 2 forks on the Red Baron, I wanted to do a similar fork for the F-35. It would have to be longer than before but keeping the intent.

It was an easy build. The hardest part was designing and planning the strut plate. Actually, the short fork blades really made things the hardest and really limited the look I was after at the crown. Fork blades need to be longer!!!

The strut between the blades harks to the old 2009 Warbird fork. Long forks can benefit with a strut just like rear ends benefit by having bridges. We like forks that flex a lot fore/aft, not twist. This strut doesn’t look as nice as a curved tube but it offers more resistance to twist than anything I could think of. It’s also crazy lite. 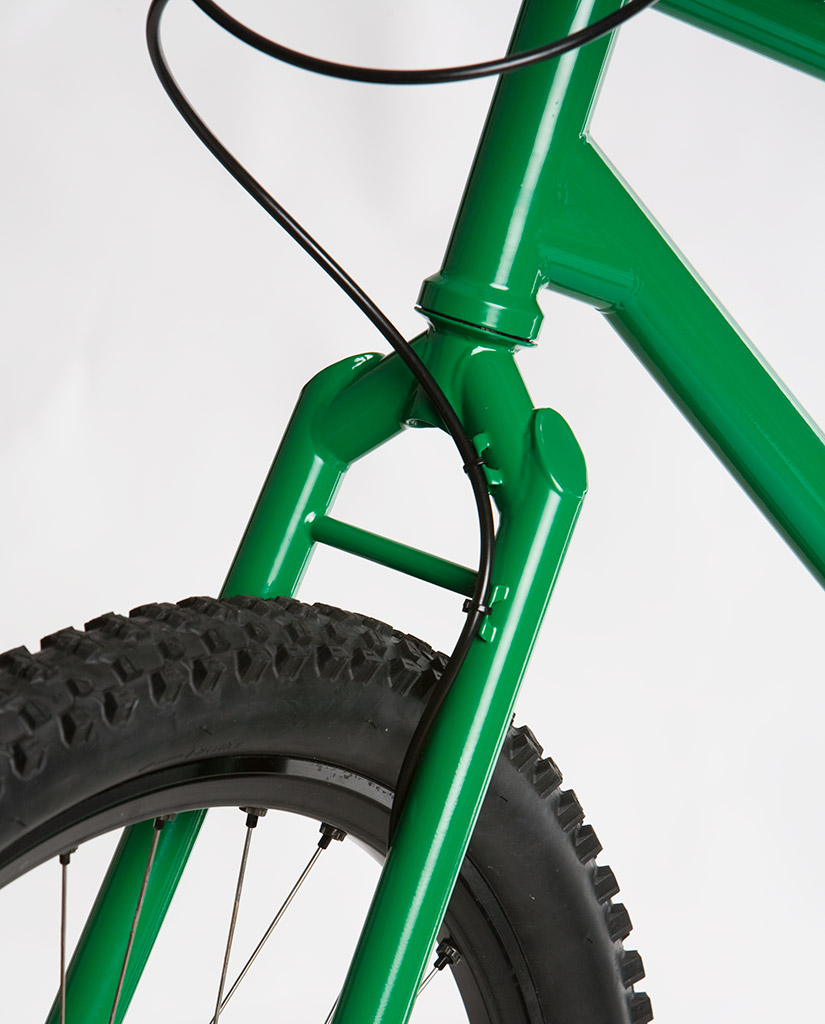 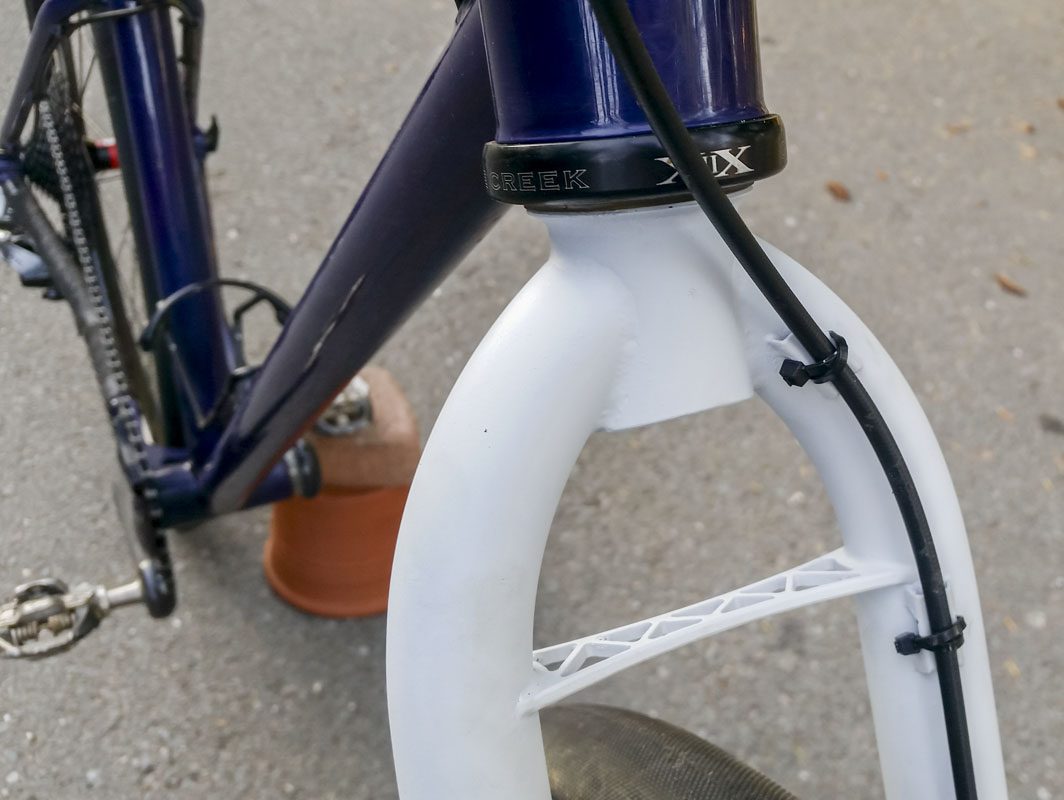 For now, I rattle-canned the fork flat white. There are a few spots that need another file pass. I’ll get it powder coated with the next job I bring in to have done. The next job is something pretty special…and another fork. Gloss white may actually look good with the bike.

Shown here on the bike, it looks so much nicer than the carbon fork. It’s heavier. It’s stiffer, but at least I can look at it in good terms now. A bike needs to be sexy. 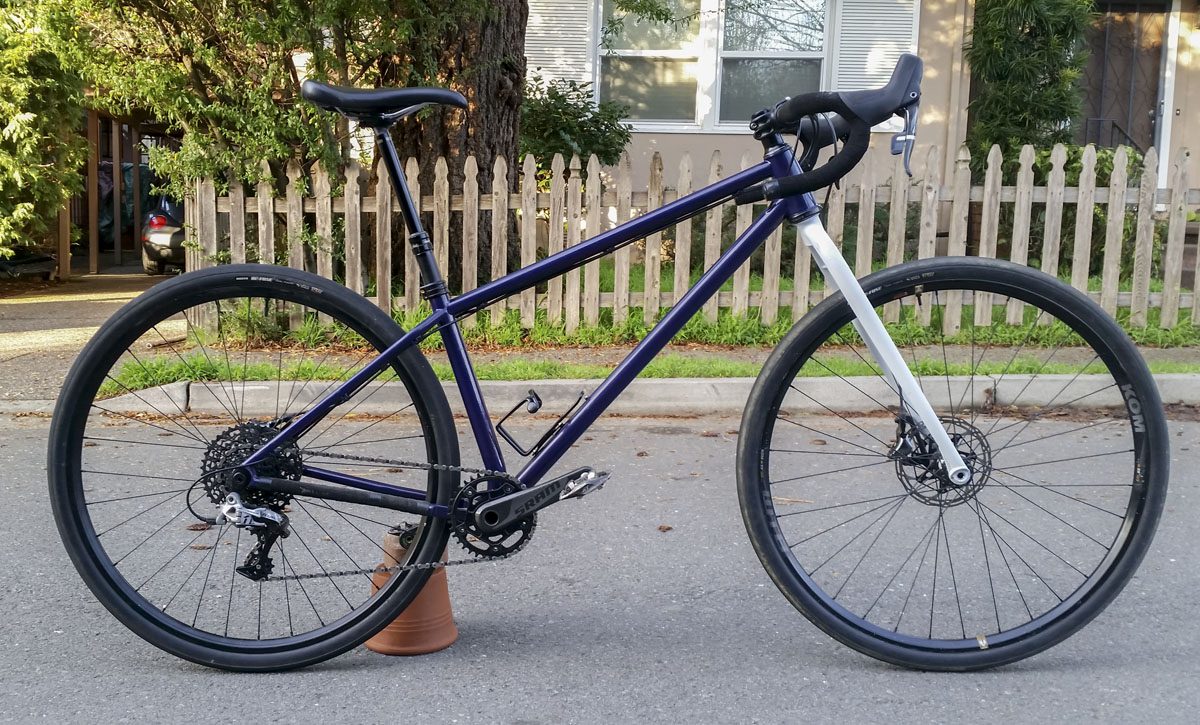 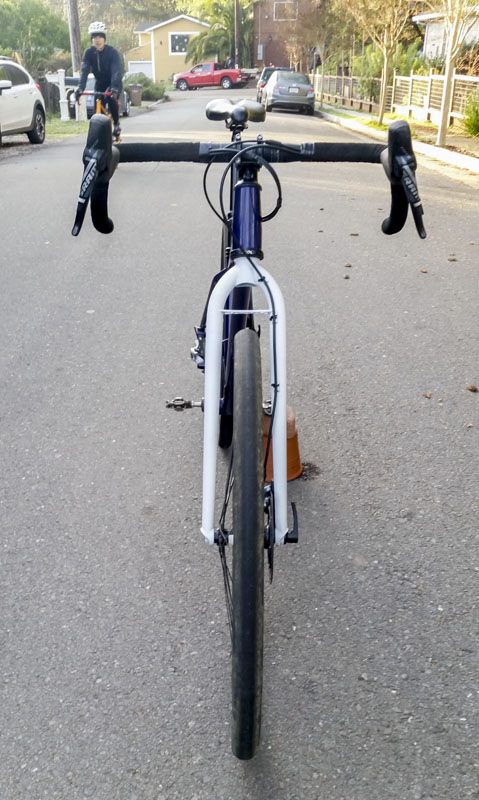 Hey look! It’s Windy heading out on a ride while I take photos!! 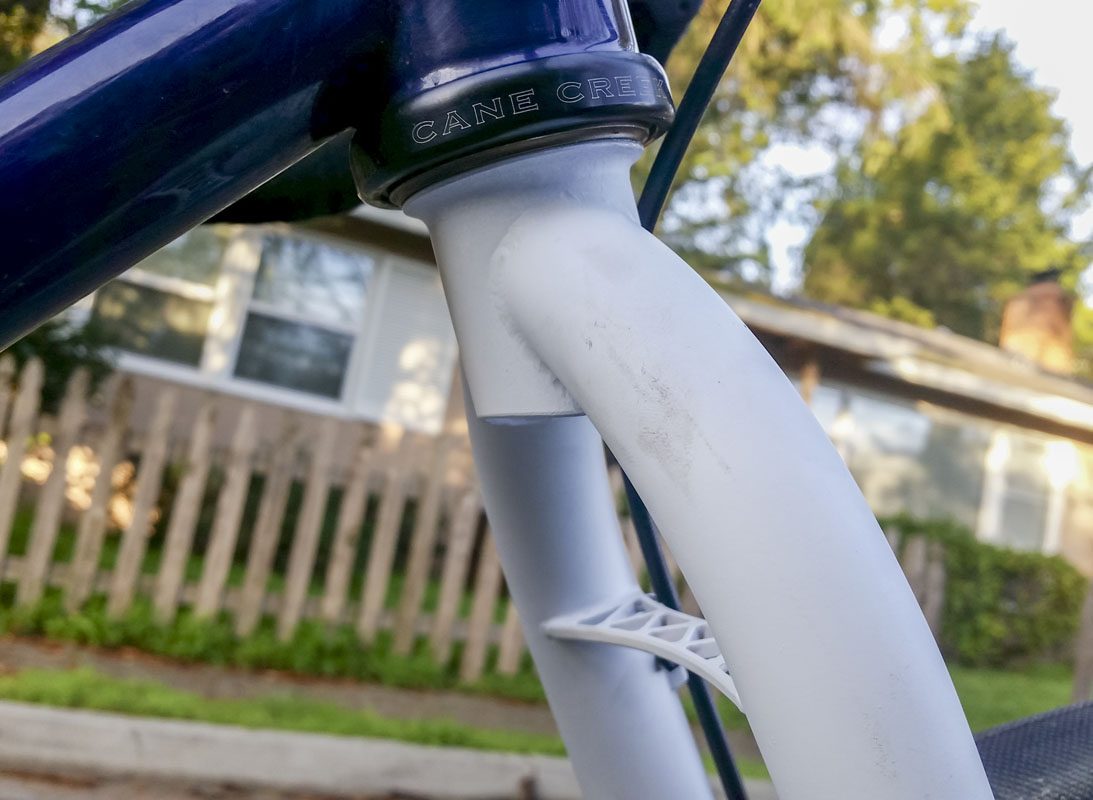 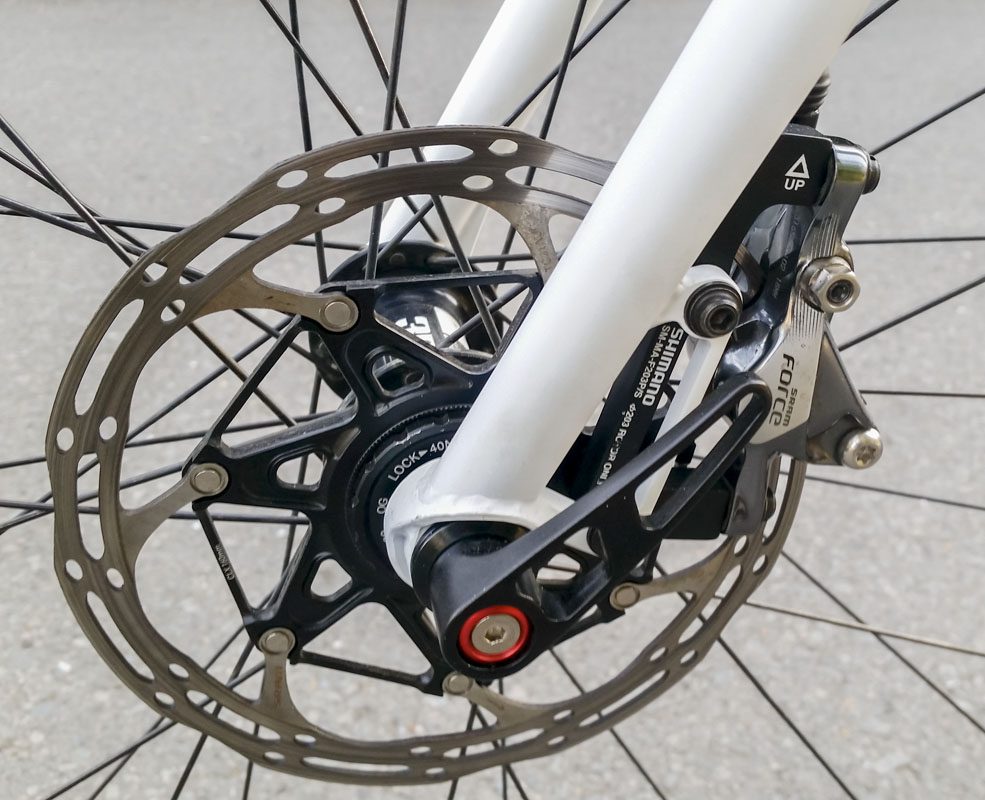 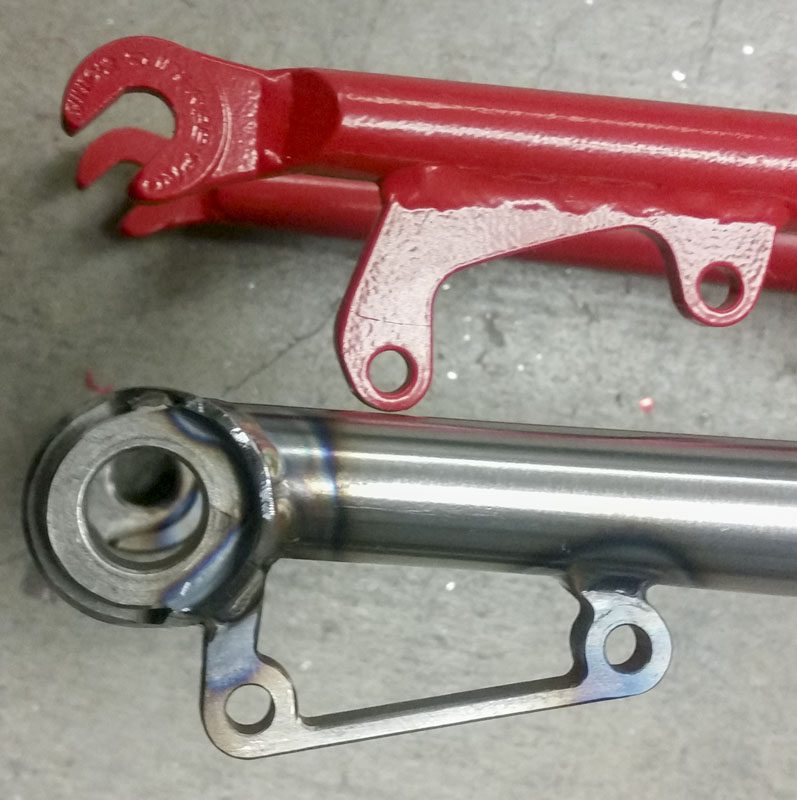 A very old fork of mine with a standard ISO mount compared to a PVD StepDown mount. So much nicer. 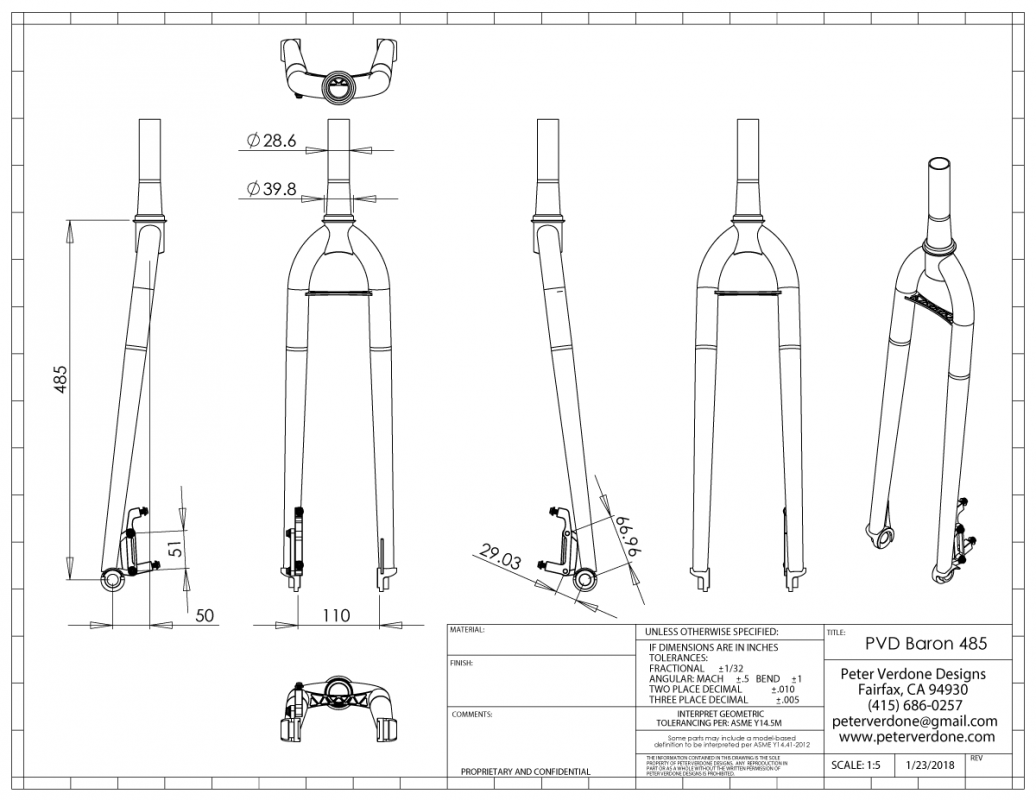