The PVD Red Baron has long been the king of all the klunkers. Krunker. The dankest and rawest bitch in town. 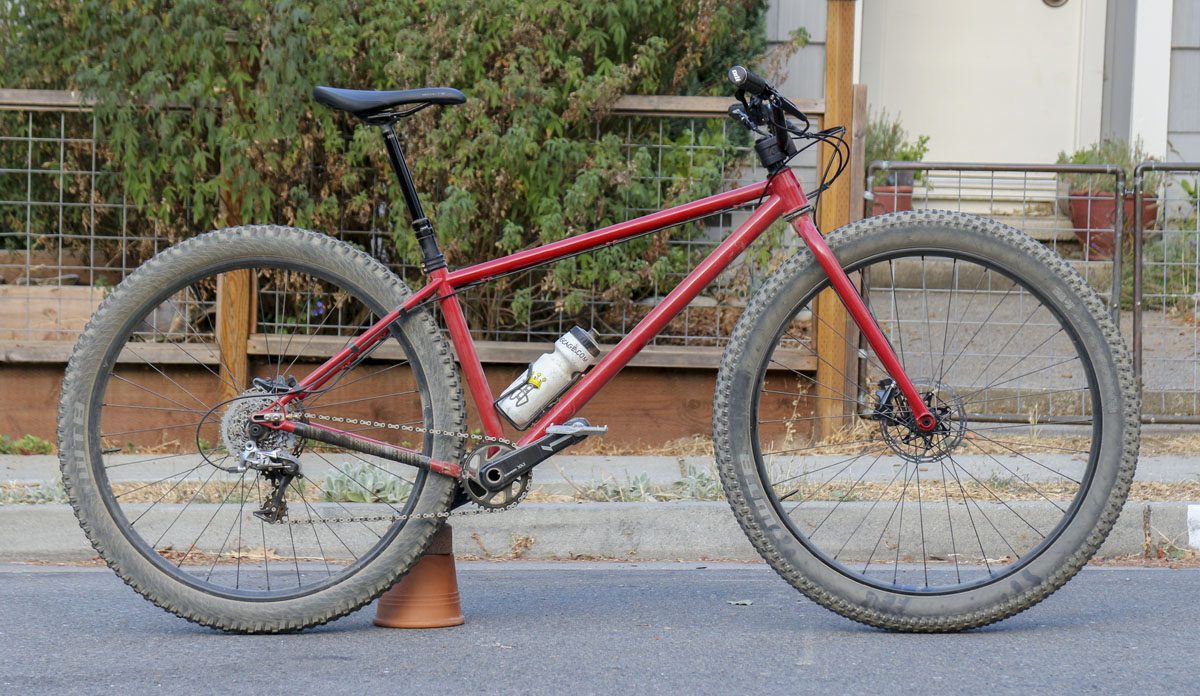 The bike isn’t a rehashing of old aesthetics. It’s a real modern ‘low’ performance bike. It flys down trail and feels good doing it. 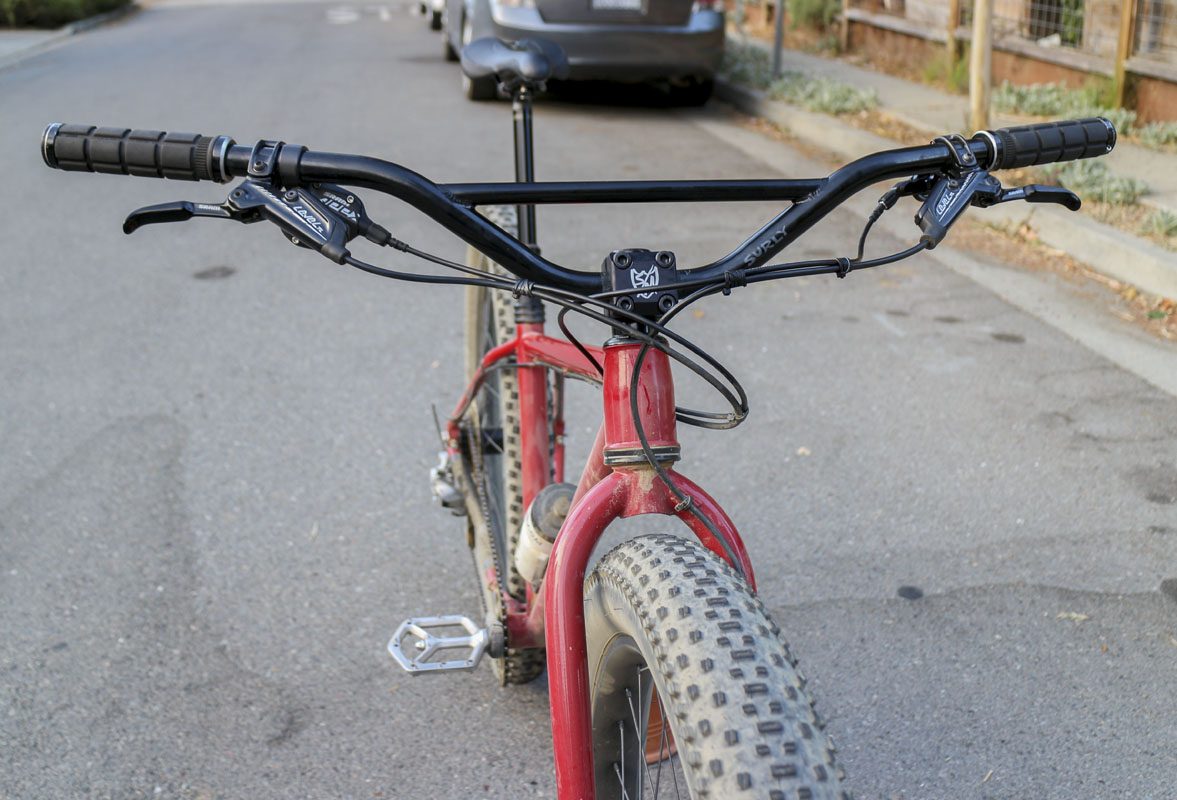 The original build was intended as an experiment on what was needed on a bike. What made a real difference and what could be done away with. Similar to the post on #gamechangers. The Baron was stripped bare. Not even a front brake. 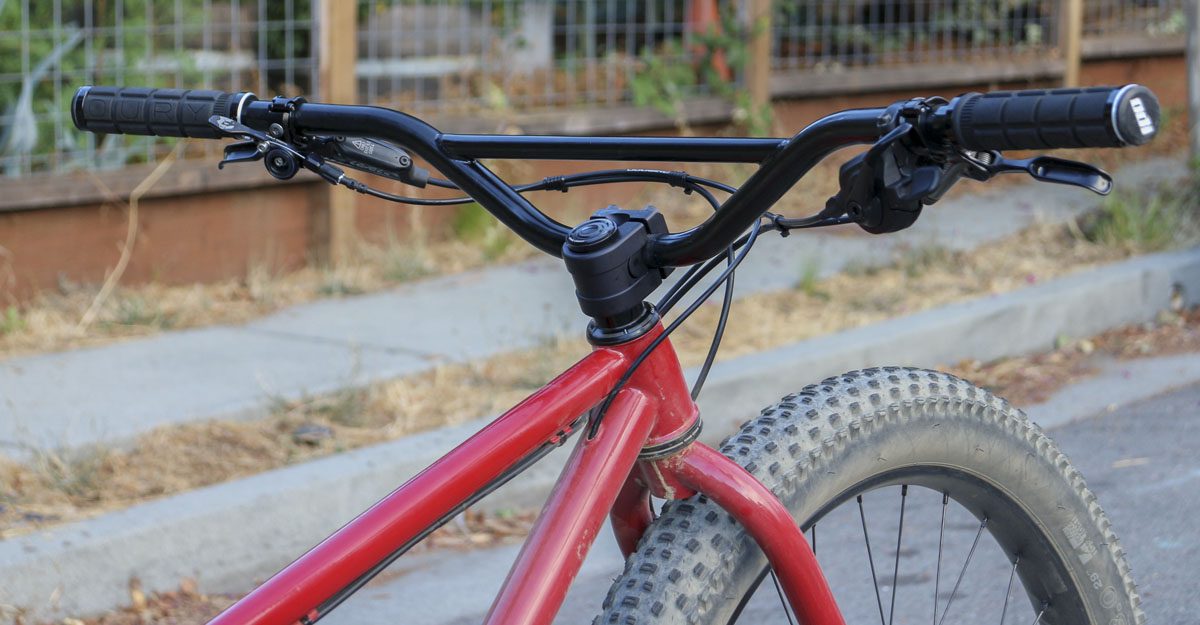 Riding the bike with no front brakes was a wild experience. Earthshattering. Also, terrifying and super dangerous. I was lucky to survive as I really was trying to ride the bike at speed.

In the next year and a half, bike would slowly morph to a more user friendly and finely tuned fun machine. A little added and tweaked but still minimalist. It got better. …and better. 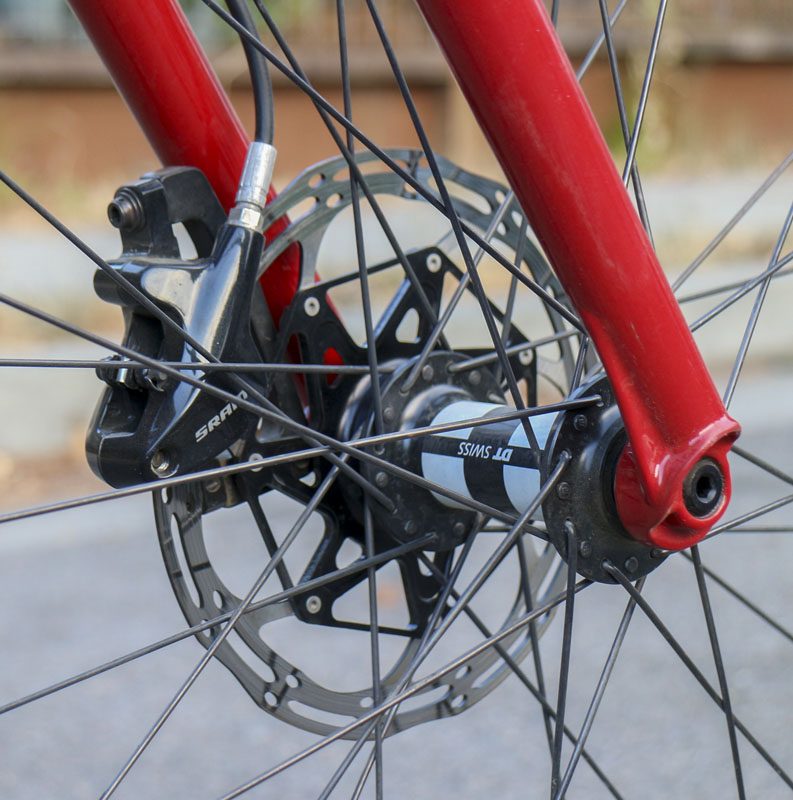 Since the original build:

The two greatest changes to the bike’s ride were the addition of the 3.0″ front tire and the 820mm handlebars. I initially didn’t see any value in 3.0″ tires for real trail riding. None of it made sense. Adding one to the front of a rigid bike, on the other hand, really helped the bike. The bike was still rigid but it wasn’t punishing and it tracked far better over rough ground. The handlebars gave the bike the proper stance and feel. It was just off before with the 750mm bars. It came together with the 820mm bars. I run 765-785mm for proper fast trail riding on my sporting bikes. This bike isn’t being asked the same duty and far wider bars seem to work.

This bike is about going out and having fun. Just the basics. No fussing. It’s raw. It’s wild.

The only real issue with the frame at this point is the lack of hose guides for the rear derailleur. That will be corrected at the next repaint. I’ll probably color match the bars when that’s done. 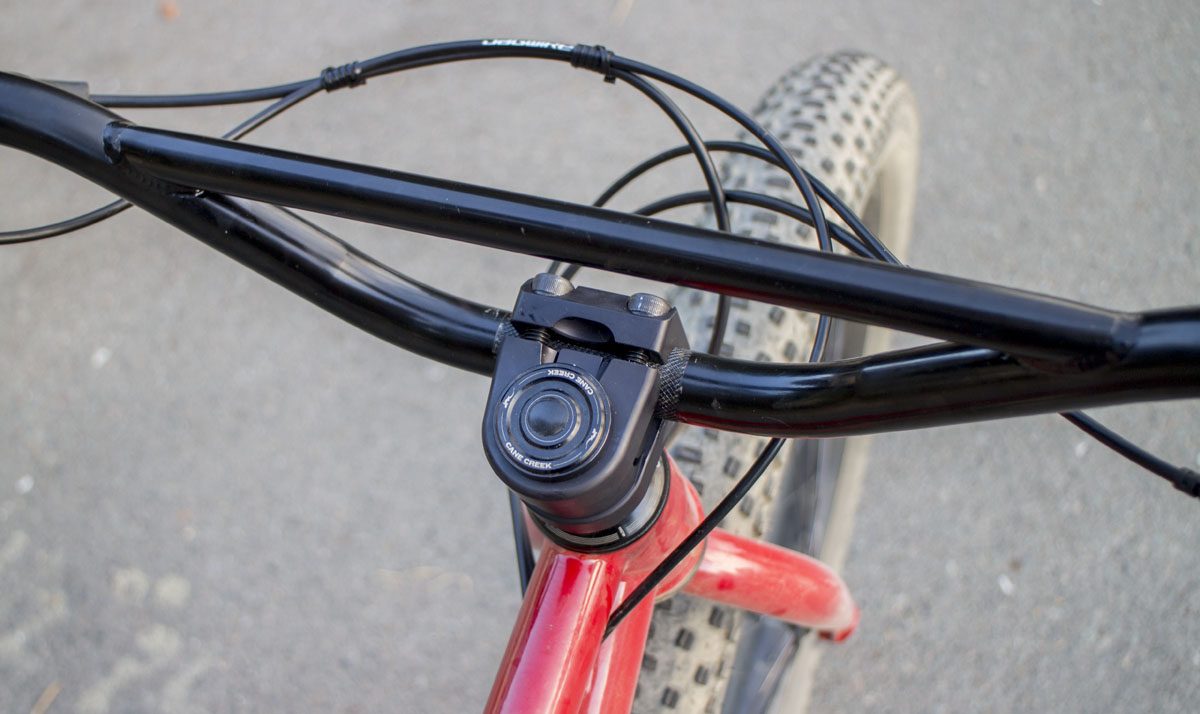 The handlebar and stem upgrade have really improved the bike and offered a much better stance while riding. The 750mm Atomlab bars were nice in feel but just too narrow for what this bike wanted. The Sunrise bars bring everything together but they are a little harsh as they are steel. An aluminum version would be far more comfortable. Going to a bar with 22.2mm clamping allows for use of a 26mm stem. That pulled things back for a finer tune in position.

For what it is, it’s an amazing ride. Fully modern geometry concepts in a package typically relegated to the garbage pail historic crowd. It feels fast. It is super fun. It has everything you need to go out for a fucking bike ride. 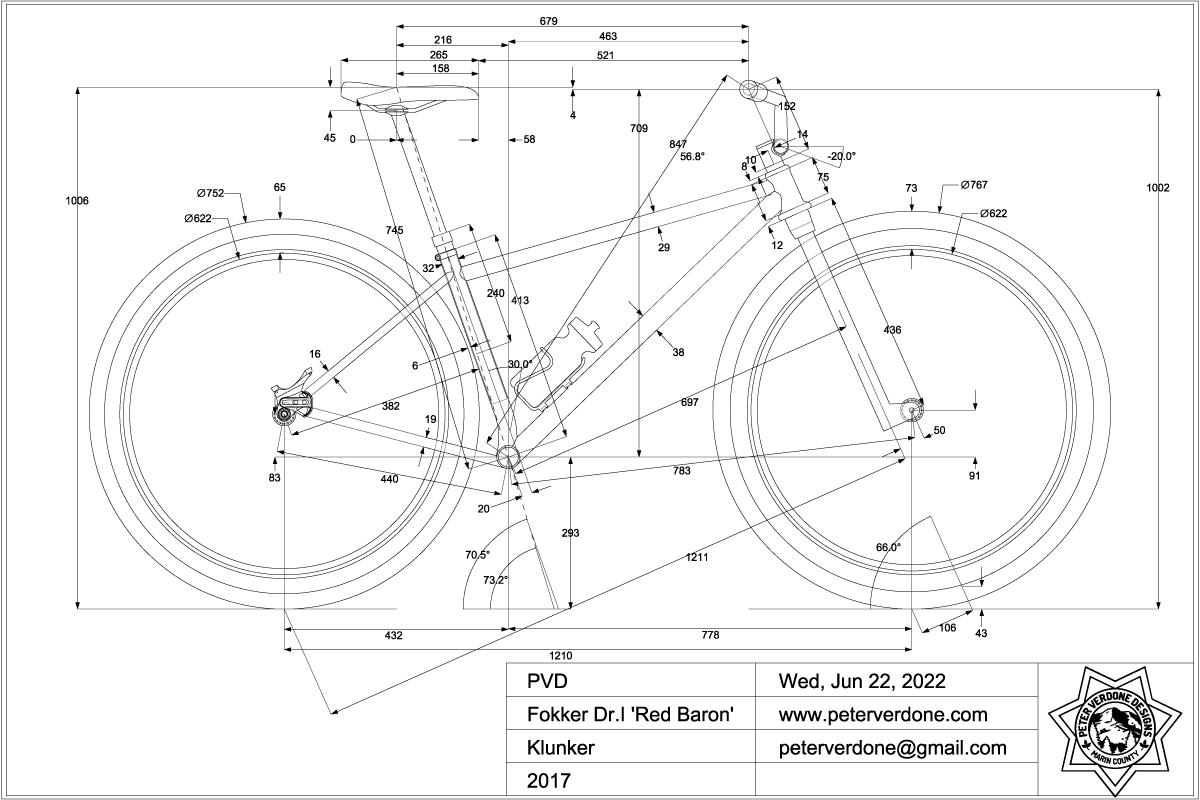