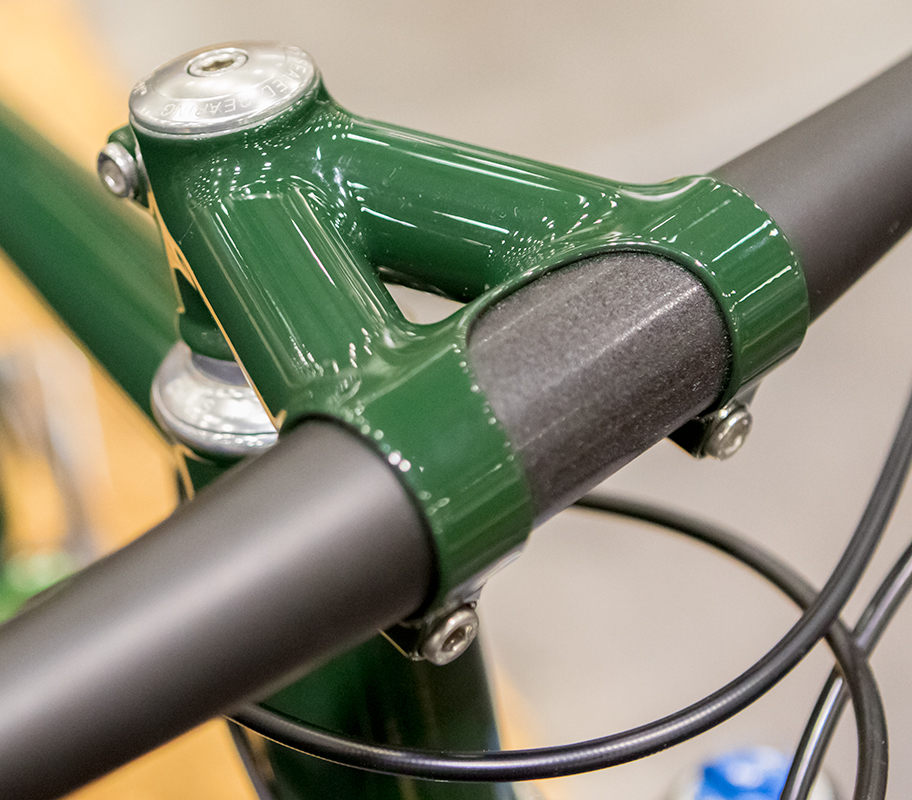 NAHBS 2016 was a good show. Lots of cool folks showing cool stuff. Excited spectators. Fun parties. It is always nice when the show is local. This year, Sacramento. It’s a great venue for the event. I like coming to Sac for this. Also, the weather was great.

The home town folks really stoked everyone out. Steve Rex and Chris King threw a great party and food event on Friday night. Hanging out with Steve in his shop was really special. Such a legit OG frame shop. Eric Baar and another local pin striper were holding court and painting helmets and rusty saws in the sea of people. Very cool.

On Saturday night, SOPWAMTOS reconvened and hosted a party where some great awards were given out. It was such a contrast in the club to see all the old veterans surrounded by so many young hipsters. As the night went on, the hipsters were warmed up and us old guys had gone back to the hotels. 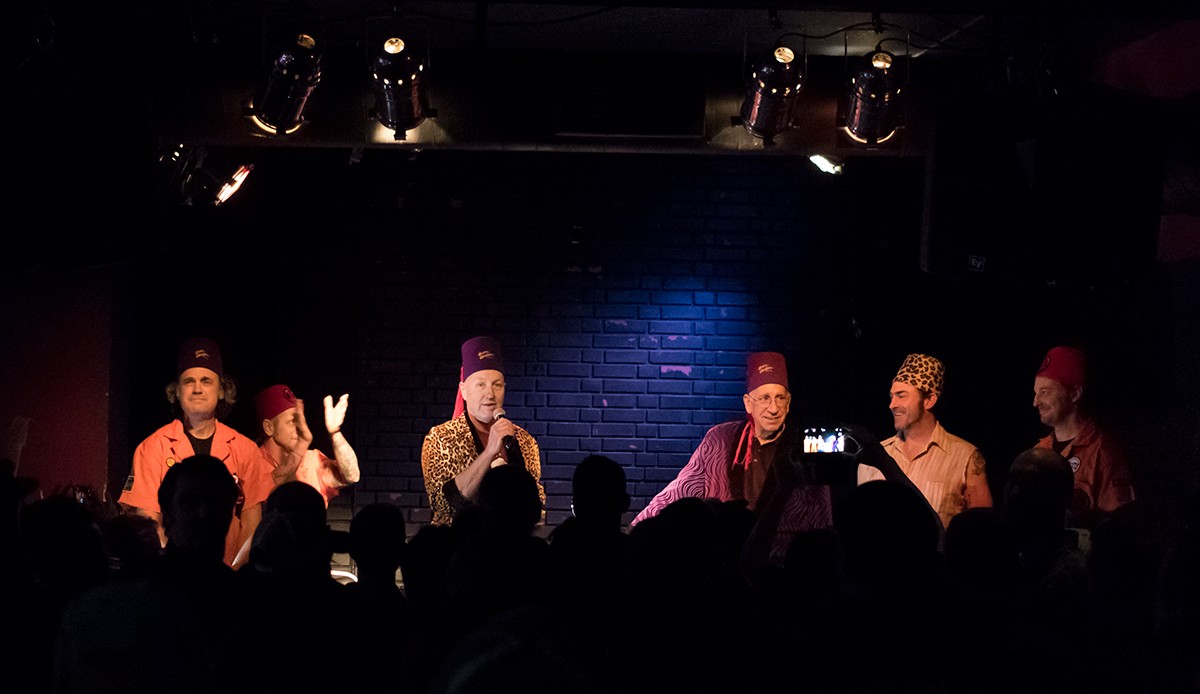 It was definitely the year of 3D printed titanium parts. A new builder Métier Vélo had an incredible bike using the technology combined with a utterly massive amount of modeling time, Moots using it economically in production, and Bastion bringing some killer aerospace level technology into custom bicycle construction. Reynolds was even showing some printed parts (and built into a Ti Cycles frame) for sale. It’s going to be fun to see where this takes us. 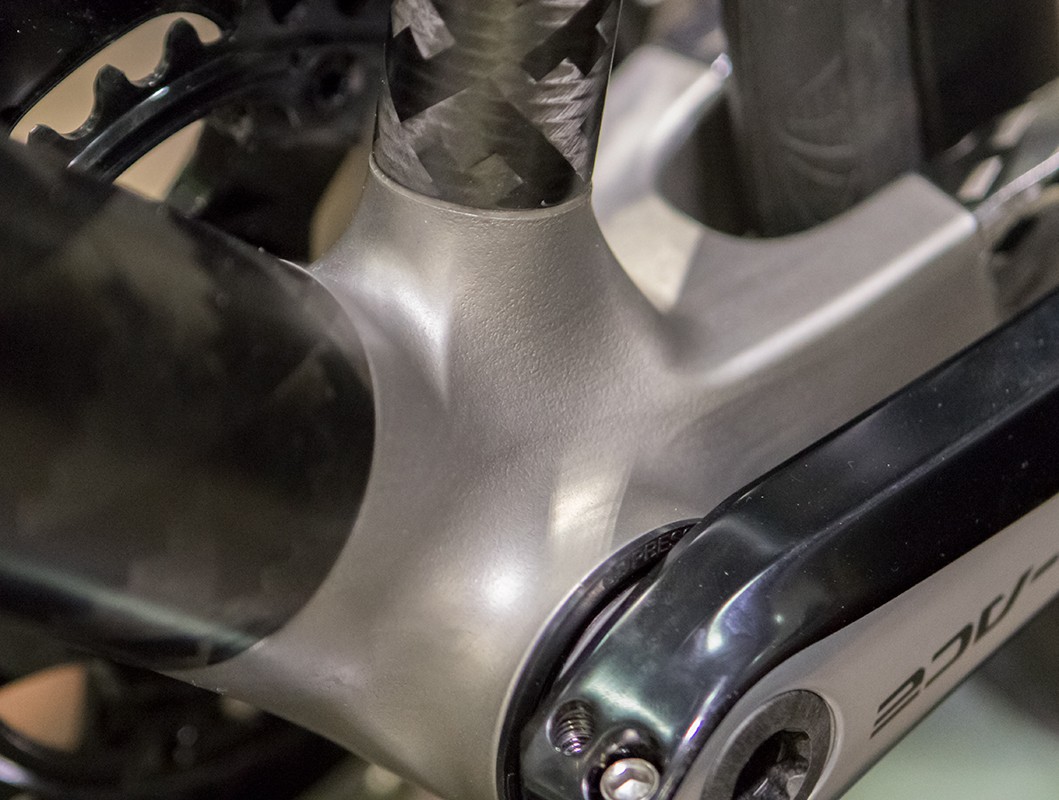 One of my favorite bikes of the entire weekend was Carl Strong‘s fat bike. It was simply gorgeous. The paint, that was only applied to the fork, was delicious and relevant to the bike. The down tube was bent and morphed into a pentagonal shape (hydroformed Ti?). The top tube was a rectangular oval shape. The bike was so incredible and understated. Classic Carl Strong. 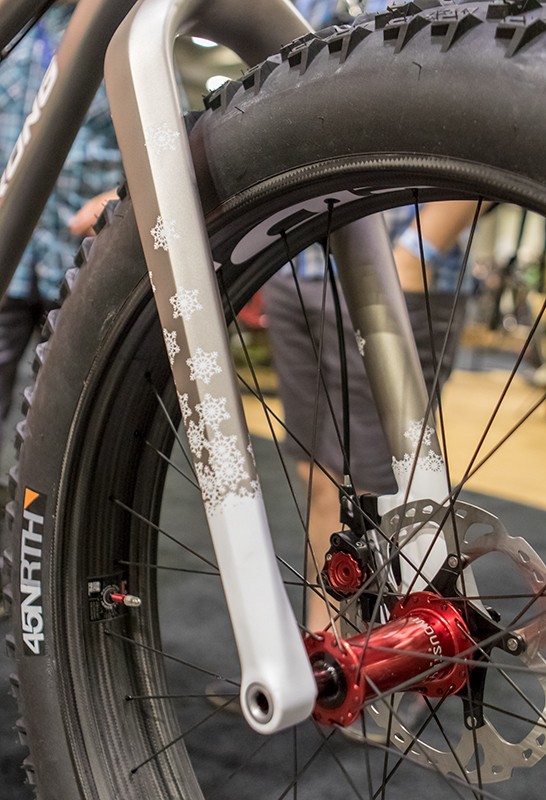 One of the most impressive bikes of the show was the Cal Poly Framebuilders Club (SLO) in the new builders section. These guys, in their late teens, build a frame and fork, made pedals, cranks, brake levers, stem, collar, chainrings, dropouts, and god knows what. They did the welding, cad drawings, CAM programming and machining. They probably even painted the bike. They has a set of carbon fiber bars in their booth and the mold they made to construct the bars. The end result is very crude but they hit so many of the fundamentals. It was so inspiring to see these young guys just attacking this project. The bike was built as a klunker. Ironically, I missed the chance to get a photo of Joe Breeze excitedly talking with these guys going into detail about the bike. So cool!

Of course, the University of Iowa’s Hand Built Bicycle Program was at the event in force. This is a much more mature and formal program at the school than at Cal Poly. They have shown bikes at NAHBS for several years with a proper booth. The first year I saw the Iowa bikes they were a bit rickety, somewhat silly and very crudely made. What I noticed this year was how polished the bikes had become. They are quite clean and well finished. Some, were very good. I do think that the program should put a little more attention into fit and handling in their geometry as it is an obvious lacking detail. That is a very mature subject that may take time to institute. It’s clear that this is now the school to go to if you are interested in building bikes. 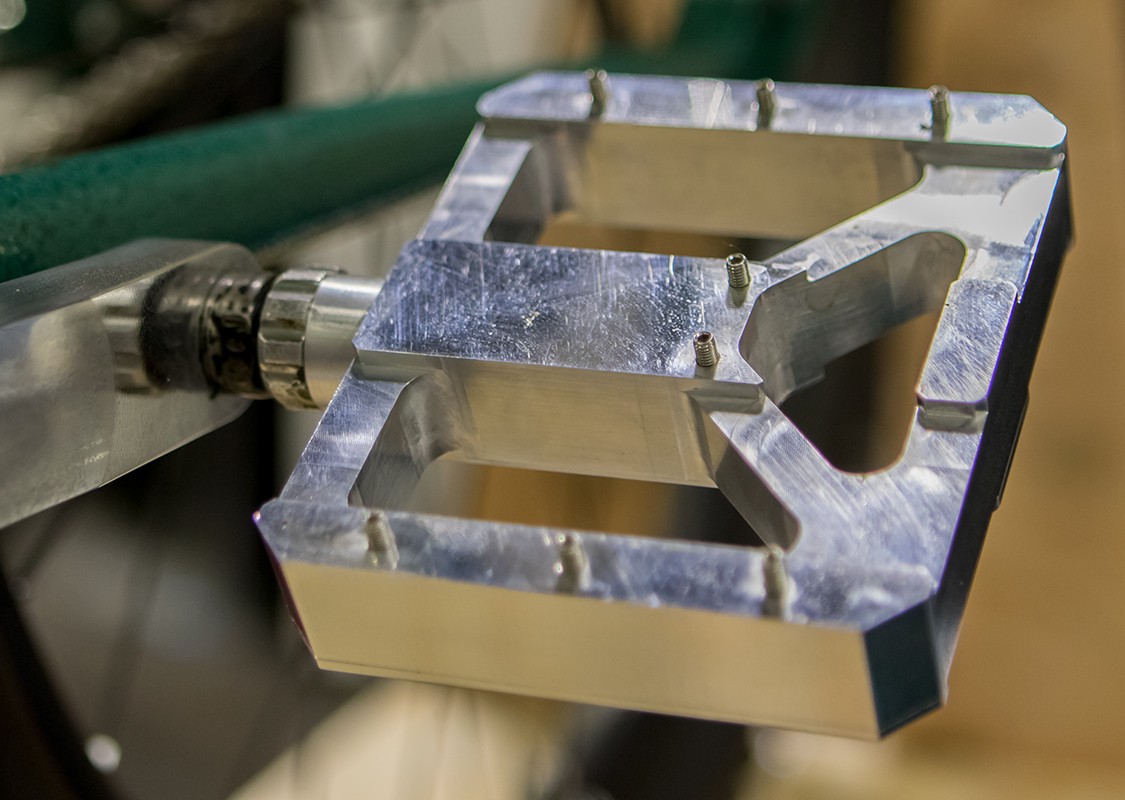 The legendary Ron Andrews, of King Cage was in the house. Always smiling and inspiring. He was the source of my silly monkey video. One very cool thing he was showing were some fabricated titanium earrings. They were really delicate and pretty. A couple different sizes. Get some of these for your fancy friends. 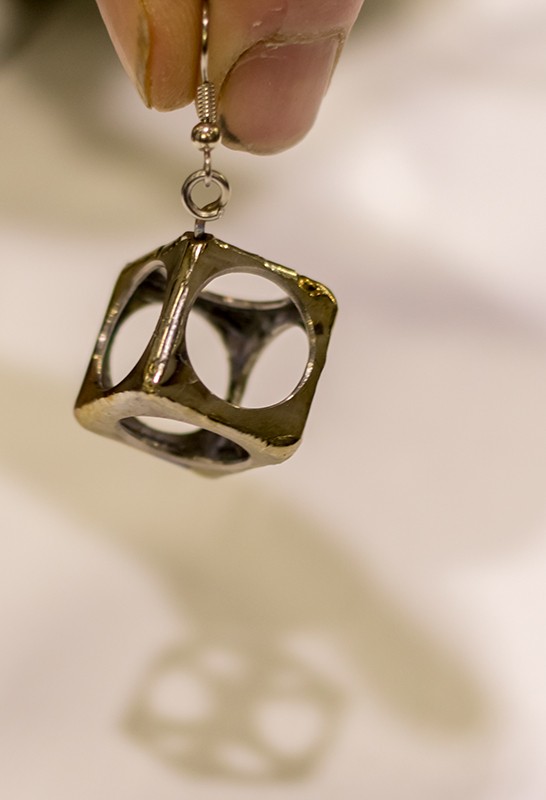 The music is not in the notes, but in the silence between them.