I’m a fan of the WTB line of saddles. The company is local to me and they’ve been in the game since 1982. Legit.

My current favorite is the Silverado. The long nose and thin line give me what I need on the trail. I can sit in comfort, hold fast, and slide forward on a brutal climb. WTB also has many other saddles that should match anyone’s needs. The saddle retails for $90 with NiCro rails and vinyl cover to $250 with carbon rails and leather cover. Not cheap. I’ve used the Silverado saddle at several price points but prefer the cheap one because it’s…cheap. Still, the vinyl cover will tear almost instantly in a crash. It’s shameful how delicate the cover is on this saddle. Even on the leather top saddles, the leather is so thin it wears though with little abuse. This is frustrating as a beat saddle will make the whole bike look beat. 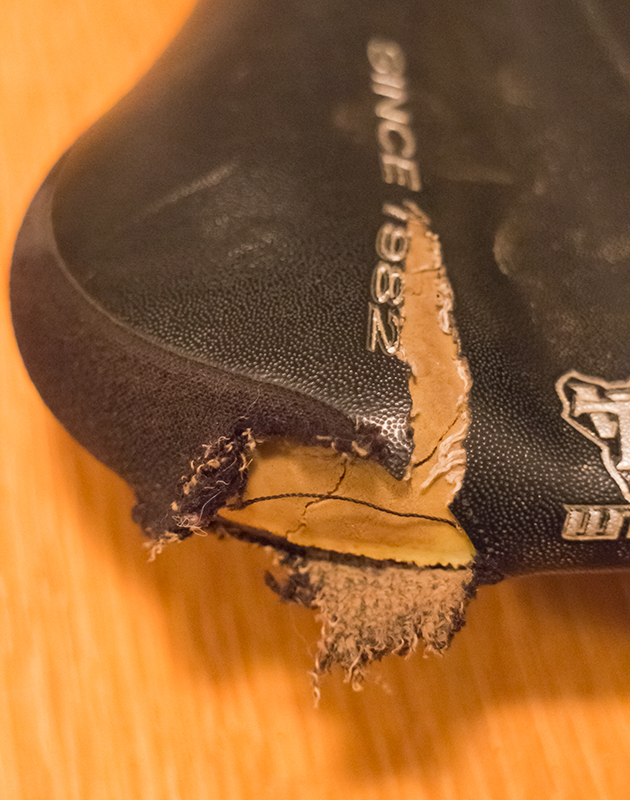 It was time to get serious about recovering all of the worked saddles in my fleet. A few that look crappy in my bin and even a couple on bikes. This isn’t a new thing for me. I’ve recovered saddles going back to the Sella Italia Flite saddles in the early nineties. I would improve the padding profile and recover them for a full life on the trail. That was a long time ago and now it’s time again. I don’t have any pics of those but here’s a pic of some handlebars with a thick crashproof leather stitch on it that I did back then. I put so many drunken miles in on this with subsequent crashes while being a party kid in Boston. Oy. 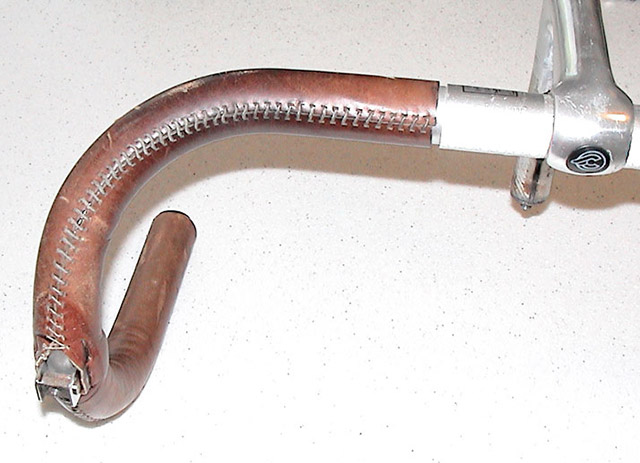 I did some looking around and found a great place to get some incredible custom work done. Leh’s Seats. Really incredible work.

I will be looking to do a simple recovering with some quality leather.

I decided to order a stapler, a Senco SFT10XP C-wire (3/8″) stapler. It has a leg range of 1/8″ to 5/8″ which should cover almost any situation I encounter upholstering. I went with p/n 6S0021N (the standard version) rather than the p/n 6S0421N (long nose). The long nose version cost an extra $100 which added to an already hard to justify tool. We will see how this works out. (It turns out the regular nose is fine) 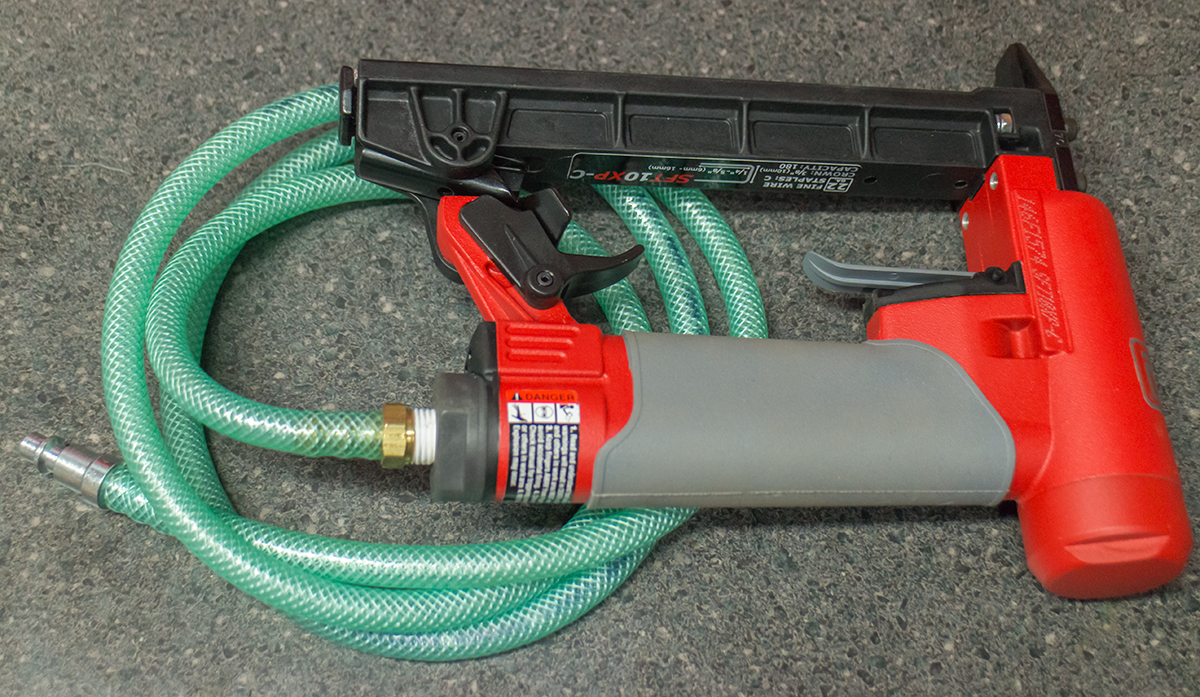 I’ll add some staples when the tool arrives as insurance for the glue.

Originally, I had planned on sourcing some high quality synthetic leather similar to what is used by Sidi and Fizik. Lorica is a material manufactured by DuPont in Italy I believe. Lorica SUD failed to respond to my attempts of those of a friend at an import export business that works in Italy. I hate Italians!

I then tried some other sources:

It’s a shame that options are not available. If somebody has a good lead, let me know.

I ended up using 3 oz soft temper light weight upholstery leather (AD2500-BLACK). Slightly thinner would be better. A more rugged temper may be better over time though. This stuff is very nice to work with and comes in lots of tones. Brettuns Village looks to have a great selection of leathers.

3M™ Headliner and Fabric Adhesive 38808. This stuff is just awesome. Hopefully, I won’t really need the staples. Pay attention to required drying times before bonding parts. Make sure to spread adhesive along the under-inside area where the edges need to be stuck. 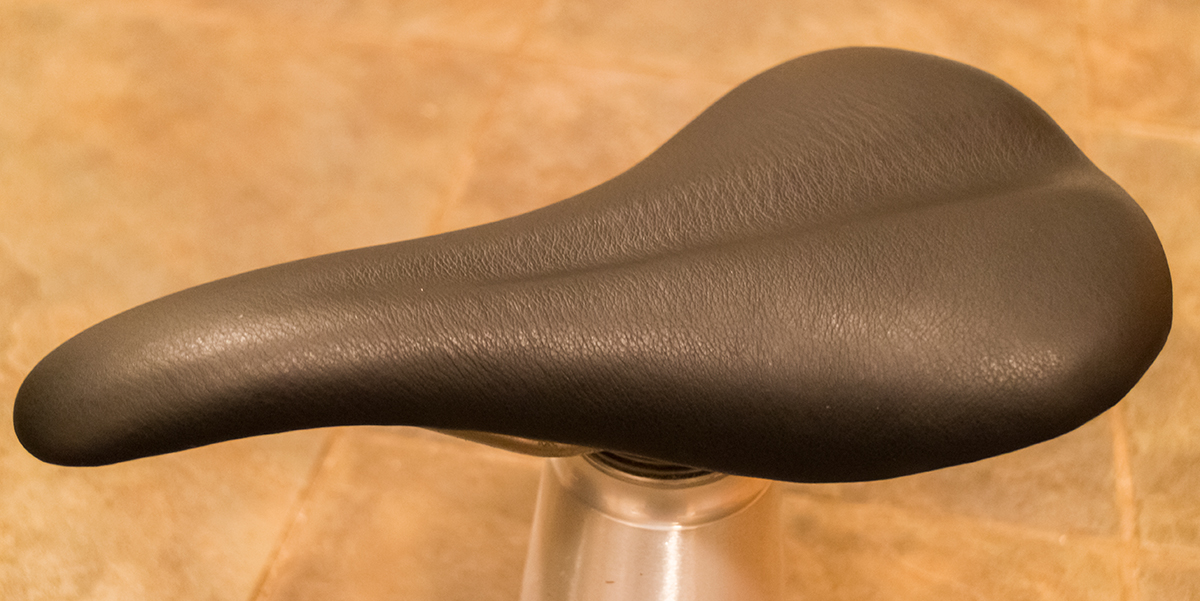