Late last October (2013), I had a pretty bad crash on my Yamaha Majesty Scooter.

I was headed home from work around 5pm on Park Presidio in SF heading North to the bridge and then Marin. Just as I was passing Geary Boulevard, I was momentarily distracted and didn’t see traffic stopping short ahead of me in an odd place. At the last second, I realized what was about to happen but it was, of course, too late. I was able to veer hard to the right side of the car ahead of me just before slamming into it at around 32 mph. It was a pretty hard hit but because of my last minute maneuvering, my bike and I were projected around the corner of the car and not fully into the back of it. My body crashed through the scooter and I flew over the rear quarter of the car. Then, contacting the ground, did about three somersaults before coming to a stop in the far right hand lane of the three lane street. The real miracle here was that other cars weren’t in that lane where they would have immediately run me over. That I was able to get up and out of the way without further injury is pure chance. 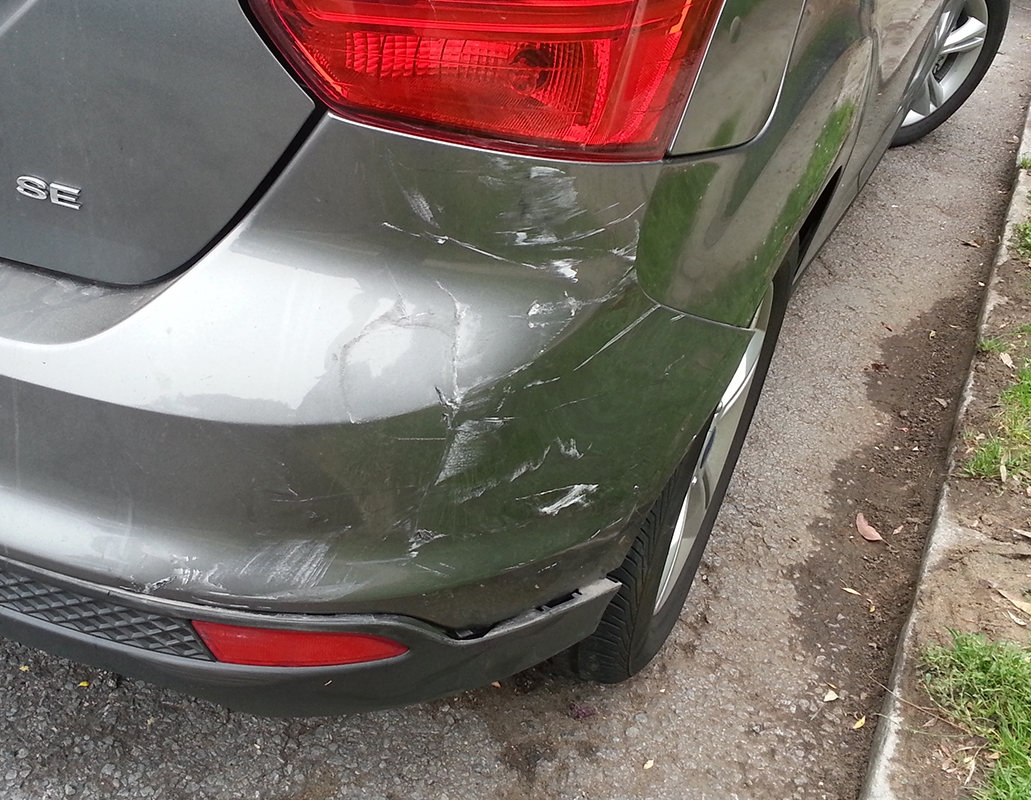 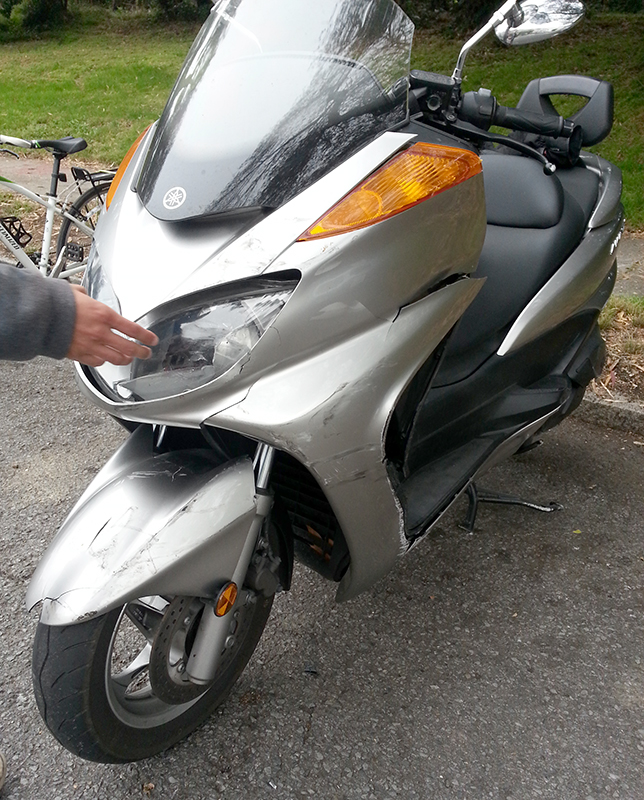 I was alive. Again. Internal organs were scrambled good. It’s a horrible feeling. The feeling you get after Jean-Claude Van Damme serves you with a roundhouse kick to the gut. I was in serious pain but I didn’t want to go to the hospital. No use in wasting the better part of the day to be told I had just hit a car at 32 mph. I knew that. Luckily, it was just the organ shake up and nothing else. If I started shitting blood later I’d change my tune.

This was a big crash for me primarily for psychological reasons. I’ve had quite a few crashes in my years like this where you sit up and wonder how the hell you didn’t die. This was one of them but what really got to me was that I really shouldn’t be so lucky each time. This has really happened way too often for any reasonable person not to really take stock of what the deal is. I’m 44 now. I’m alive. I’m well (considering). When will my chips get cashed in and do I want it to be sooner or later. I was really thinking hard about this stuff for a while. 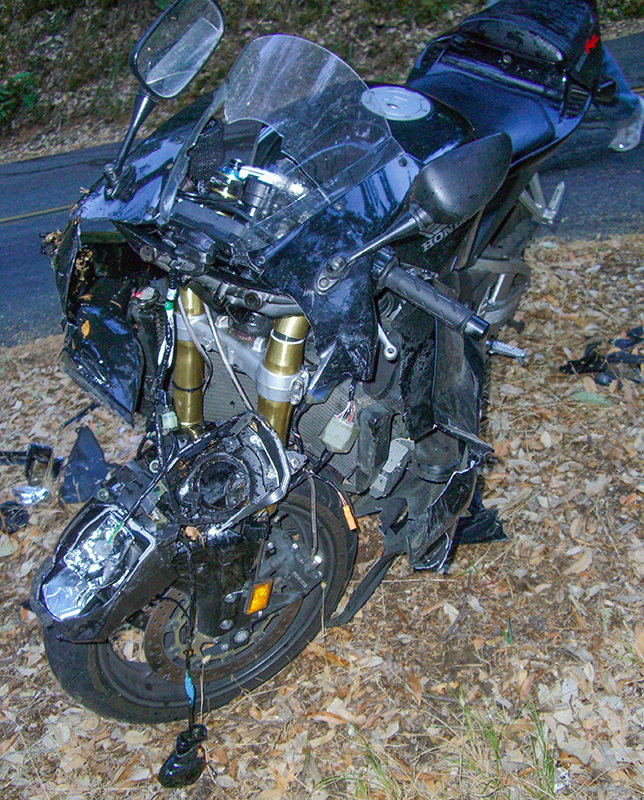 Honda CBR600RR, 2006 crash. Separated shoulder and skinned knee. Amazing after a superman over a car. How many of these wrecks do you want to be involved with?

I put the scooter and riding my motorcycle in the back of my mind over the winter. The Majesty sat, broken in the garage. Was it going to become some kids project bike in a few years or what was I going to do? Mostly, I thought about who I was and what I was doing with all this. I put a lot more energy into riding bicycles. I even managed to bash myself up pretty good in that time on the non-motorized toy. It seems that this is the way my world will always go. Like something I won’t avoid.

I finally decided to fix the scooter for no other reason than to ensure it wouldn’t become trash or dead storage. I weighed my options; buy a parts bike for $3000 or parts for $950. I took the cheaper (in the short run) route and ordered up what I needed. I discovered boats.net. Typically, I’m buying parts for Honda or Suzuki bikes through bikebandit.com. This Yamaha had parts distribution that went through their marine channels that are far cheaper then normal bike routes. That saved me hundreds of dollars and they were super reliable in their business. Very cool.

An interesting thing about scooters. It seems that, unlike motorcycles, they can take a real beating. When things do break, it tends to be cheap plastic parts. Back in late December of 2008, an SUV pushed me into the barricades between the tolls at the Golden Gate Bridge. It was a mess and entirely the drivers fault. I was lucky (once again), escaping unscratched. The bike looked utterly ruined. Fantastically, I was able to repair most of the real damage for under $300. I crashed this scooter about 4 times pretty good before this and this was the first real repair cost needed. A normal motorcycle would have cost several thousand to repair if possible. This is really a testament to the utilitarian nature of these bikes. Cheap to use, cheap to fix. 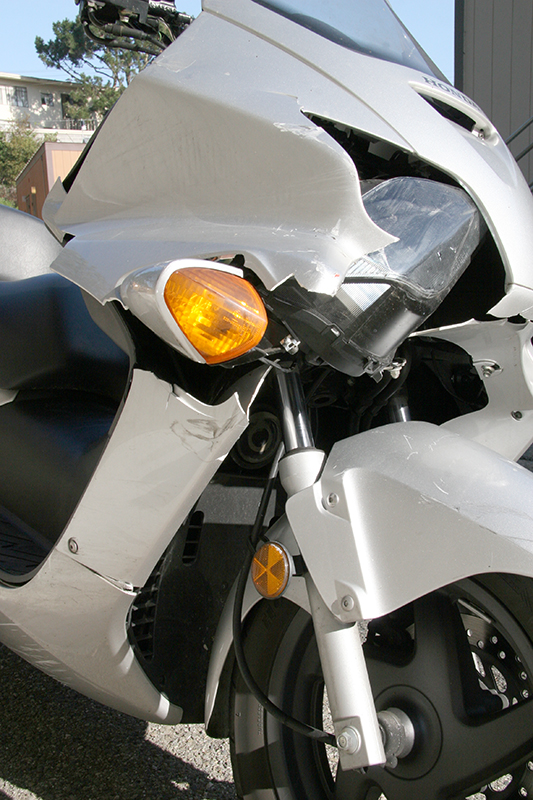 After getting the Yamaha scooter working, riding it, and now having it work fine – I’m stoked. I love this thing. It’s so perfect and awesome for what it does. The ultimate commute/utility vehicle. Going out in SF, parking at events, running errands and commuting to work are a dream. Now, with some scratches and dings on her, I won’t have to worry much about the odd mishap. I’m hoping for quite a few more years on the bike and have some lovely adventures. It so nice after being off it for close to 7 months that it’s just so where I should be. All this…just in time for Mountain Play. 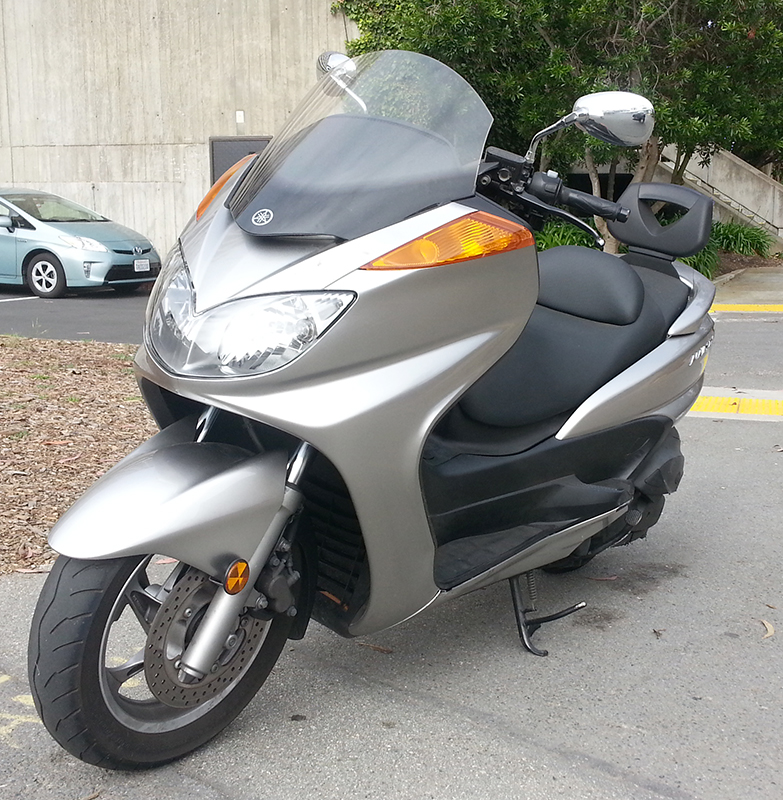 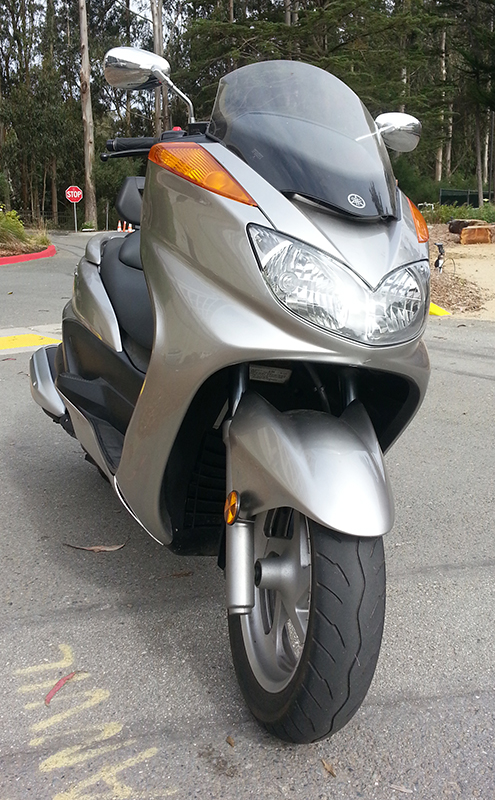 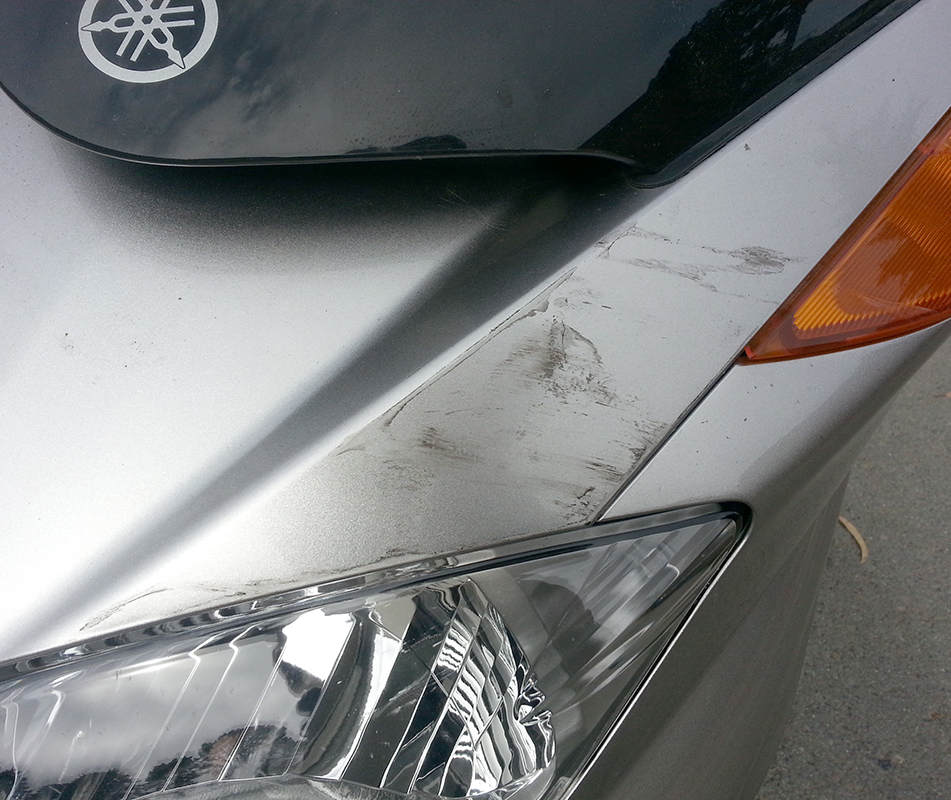 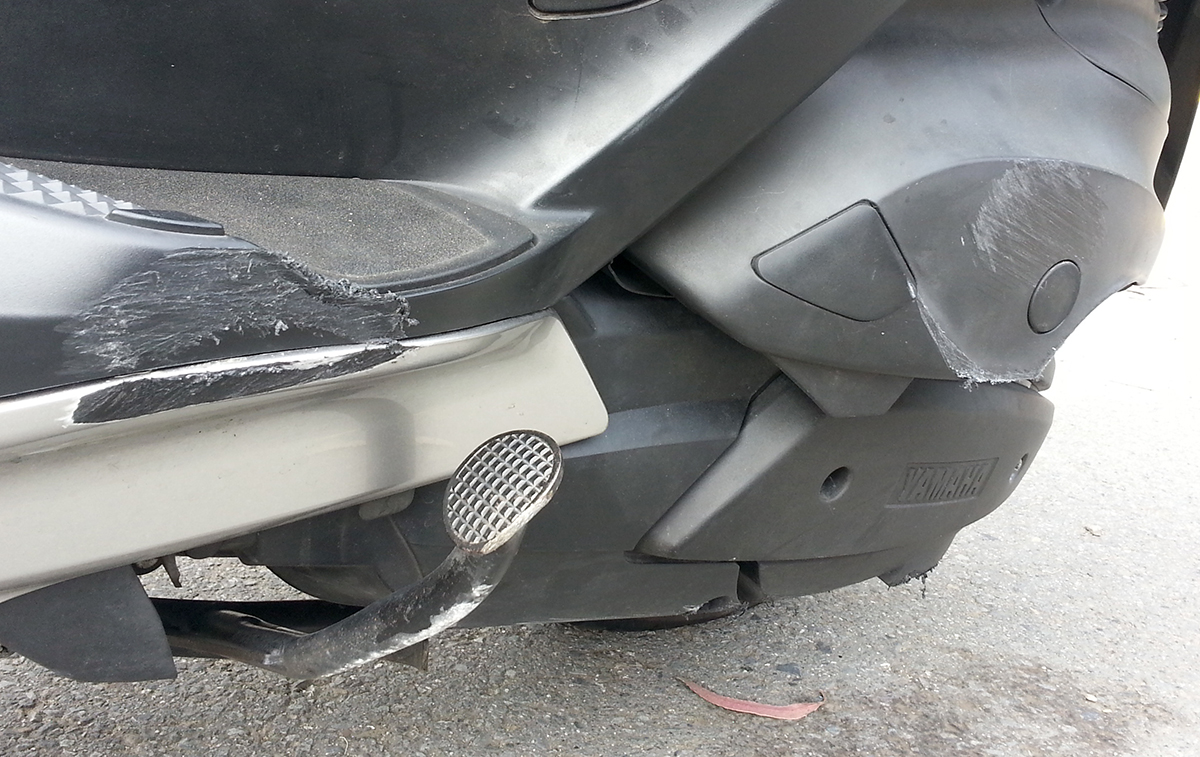