My friend Donald Reni has a problem. He owns a Bridgestone bicycle.

Other than that, he’s got another problem. This is supposed to be a shit bike. A shit bike is what I call a bicycle that you can ride and lock up around the city worry free. It’s not fancy, it’s not worth much, but it works fine and does the job. A good bike to have especially if you like to go out at night.

Donald keeps making the same mistake with this bike; needless upgrades. They don’t really make the bike much better than it was or will be. They just make the bike more attractive to thieves. This is contrary to the goal of the shit bike.

Anyway, he got a very nice 27.2mm Nitto seatpost for next to nothing. It’s to replace the original 27.0mm SR seatpost. The obvious problem is that there are 0.2mm that don’t fit. Actually, 0.18mm as the post is slightly undersized. Anyway, that means that 0.007″ needed to be removed from the post for it to work in his bike.

To avoid having to hold the post between centers, I indicated the post on center on the collet lathe and took two passes to take off just the 0.007″ needed. Simple.

To add some stress relief in the transition from 27.2 to 27.0mm I added a 5 degree taper. I hope this helps.

In the end, it turned out far better than I expected. 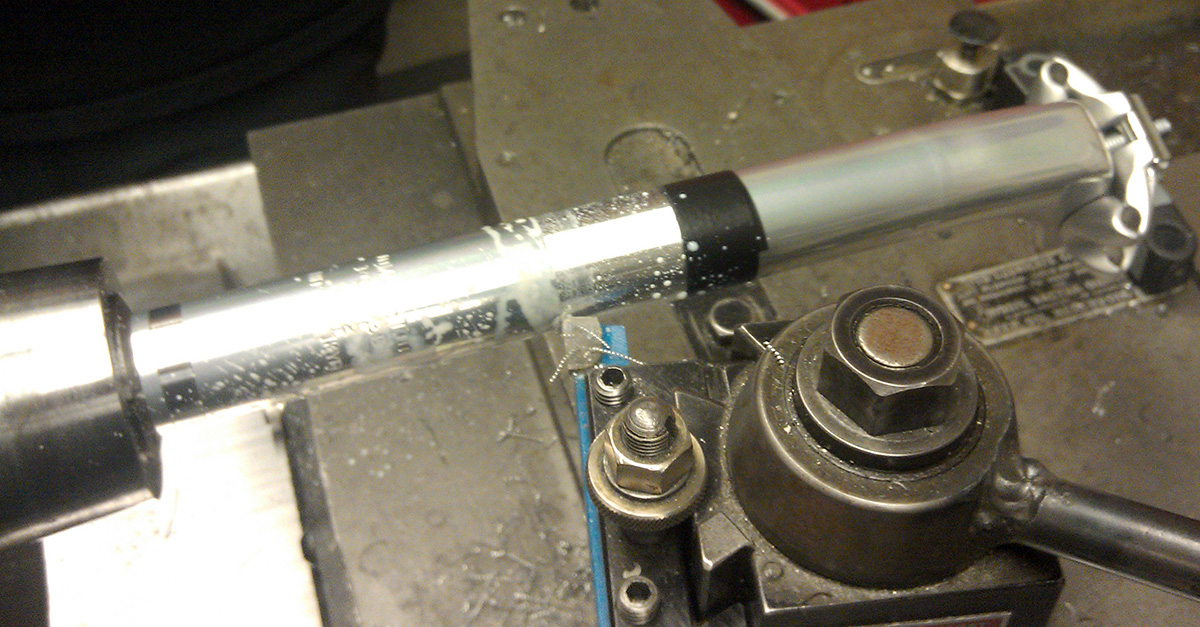 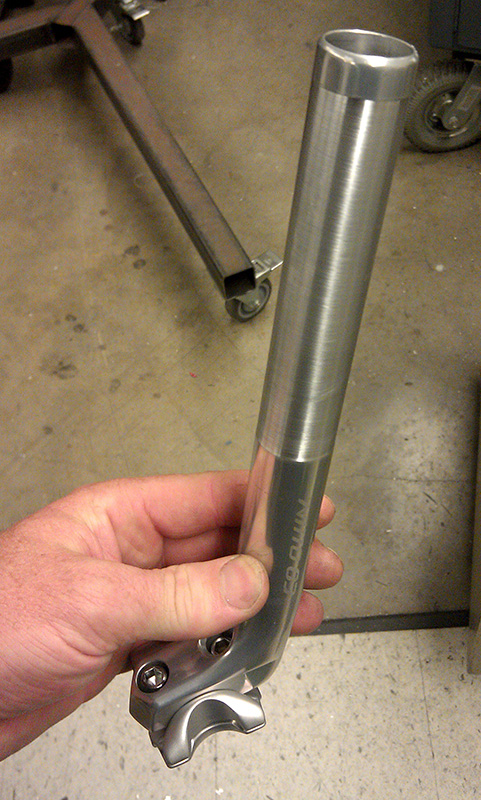 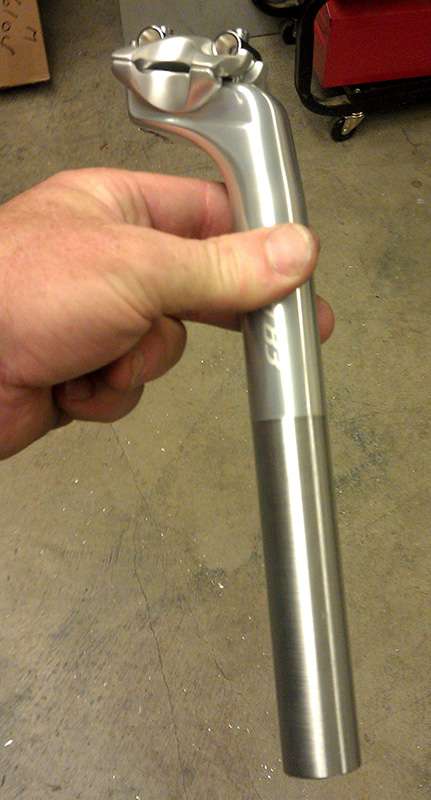 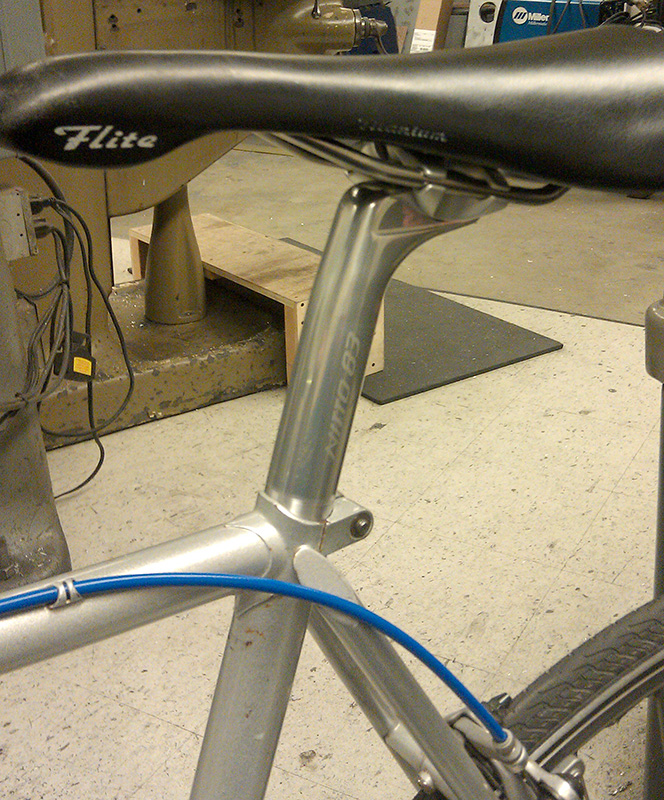