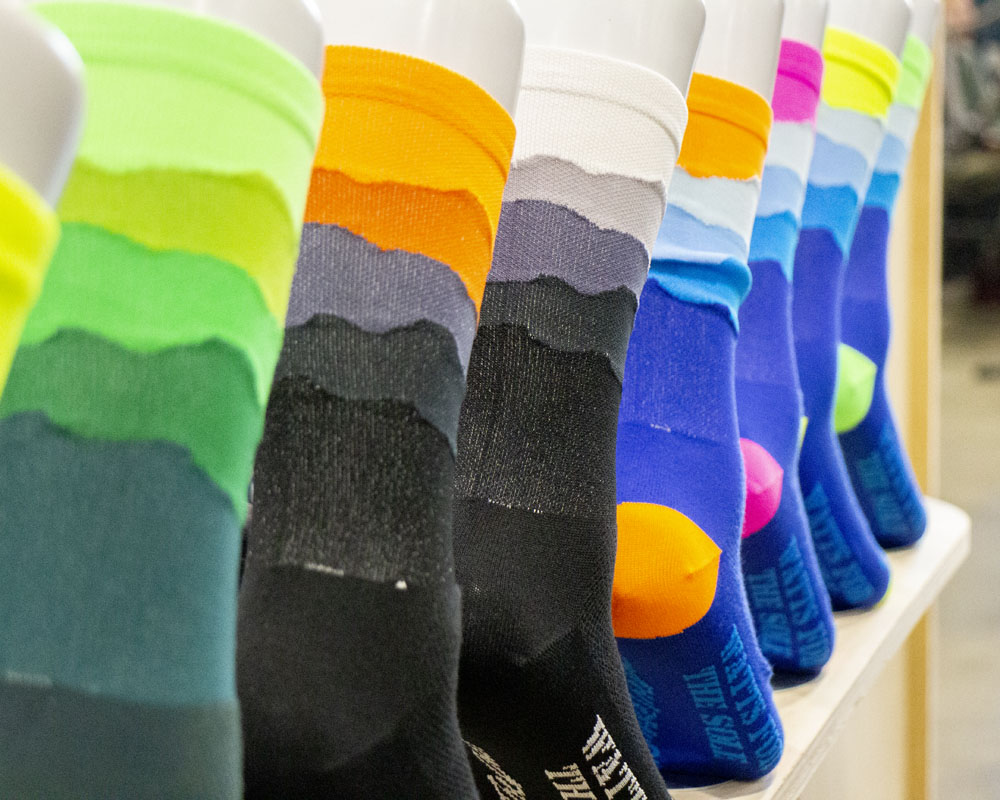 It was looking to be a lively year for the Philly Bike Expo. Well on the backside of the pandemic, things would be closer to ‘normal’ than in the past few years. Also, with the collapse of the North American Handmade Bike Show, PBE was, without question, The Show for North America in 2022. 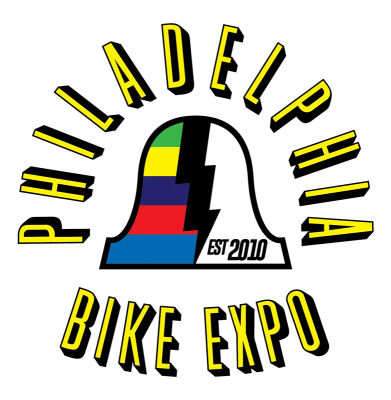 Over the summer, I discussed presenting another lecture at the expo with Bina Bilenky and committed to the trip. I decided to make a real adventure out of it. I’d fly into Boston early, spending a few days visiting and seeing what’s changed since I left years ago. Then I’d take the Amtrak train overnight to Philadelphia for the Expo. After, I’d jump on MegaBus to New York City for some more city time. Finally, flying back to San Francisco from JFK. I only wished that Windy had come this time. But skateboarding was the theme of my travels and she doesn’t roll. 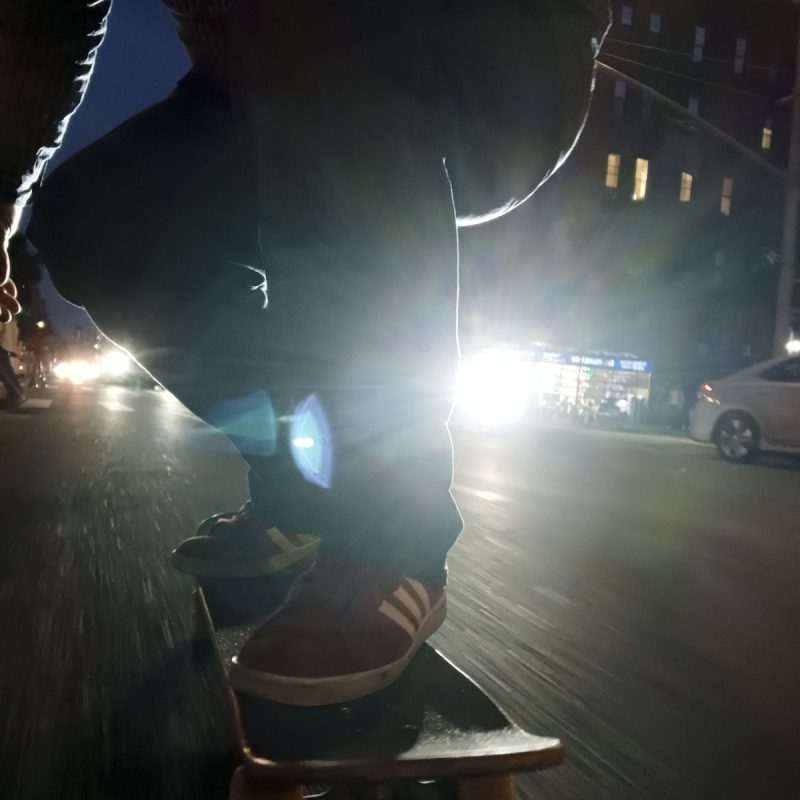 Last year, I  lectured on Modern Bicycle Design and Engineering. While I believe that that topic was both necessary and timely, as there’s a shortage of content in this area, the topic that many had real interest in was bicycle geometry. I think that that’s what folks were really looking for in the first lecture.

There is little well-informed information on bicycle geometry available to those that are looking to thoroughly understand it. Almost nobody producing content on the subject has real knowledge to share. They are playing telephone, repeating and reposting what they read in magazines from when they were young. It’s worse, they having no actual understanding, they repeat concepts incorrectly and give false analysis. This then becomes the foundation many businesses are built on.

In this false foundation, Platonic, Copernican and Galilean ideas are at play. When everyone in the world ‘knows’ that the earth is the center of the solar system, how does one formulate a view that accurately depicts the sun at the center? There is only opposition to this, academically, vocationally, and socially. More, sharing these ideas becomes heresy, blasphemy, and criminal. History has proven over and over that there is little reward for seeking or speaking truth. 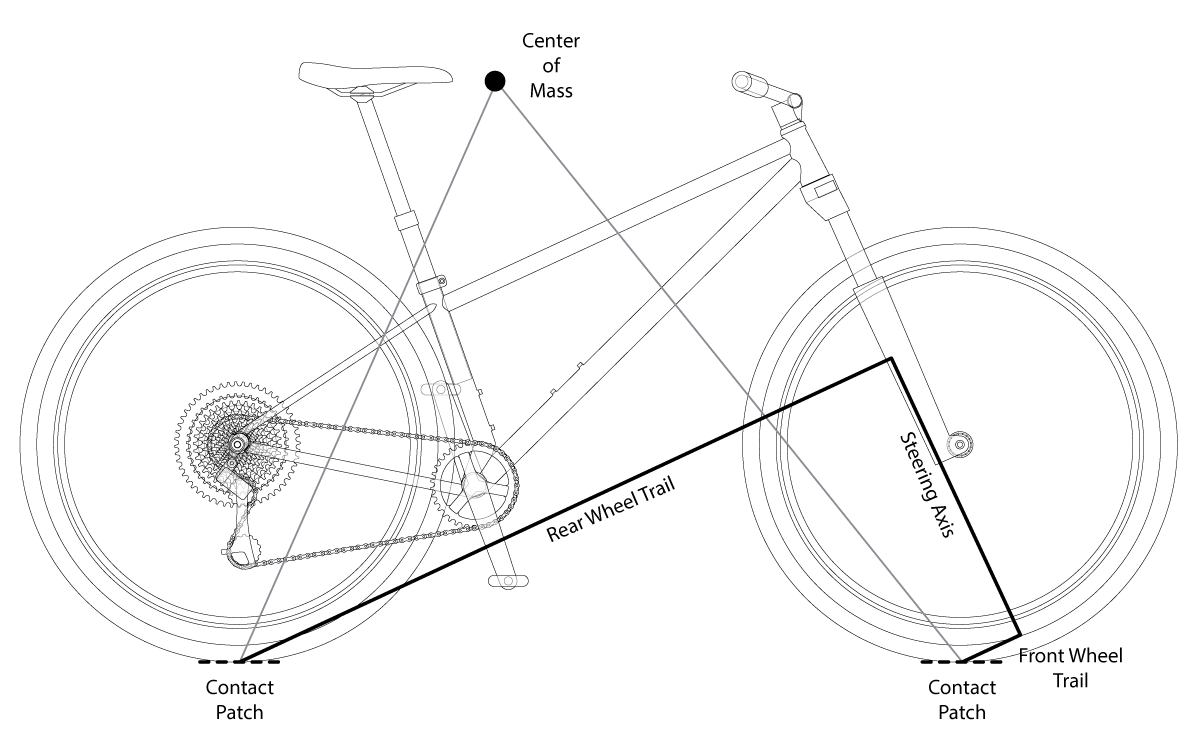 As someone devoted to the subject, I feel that it’s my responsibility to elevate the understanding of bike geometry. This isn’t for those here with me now but for those that are yet to arrive. It’s not an easy topic to discuss.

The academic challenge for a discussion on bicycle geometry is that it’s a subject that really can’t be understood in a linear progression. The best way I’ve found to explain the process I might call spiraling cognition. Similar to Jerome Bruner’s theory on spiral curriculum, the learner continually needs to revisit basic concepts to delve into deeper understandings. It’s not easy, fast, or necessarily logical. Over time and with great effort, a clearer and deeper understanding can be attained than what is possible with a linear explanation.

I took a risk with my lecture. I was going to try to do a few circles around the spiral in one sitting. Starting in a way that is a more common interaction that folks might have with the subject and then spiral deeper. Having just over an hour and a half instead of a full semester is the added challenge.  I would prefer 10-15 hours to deliver this amount of information. 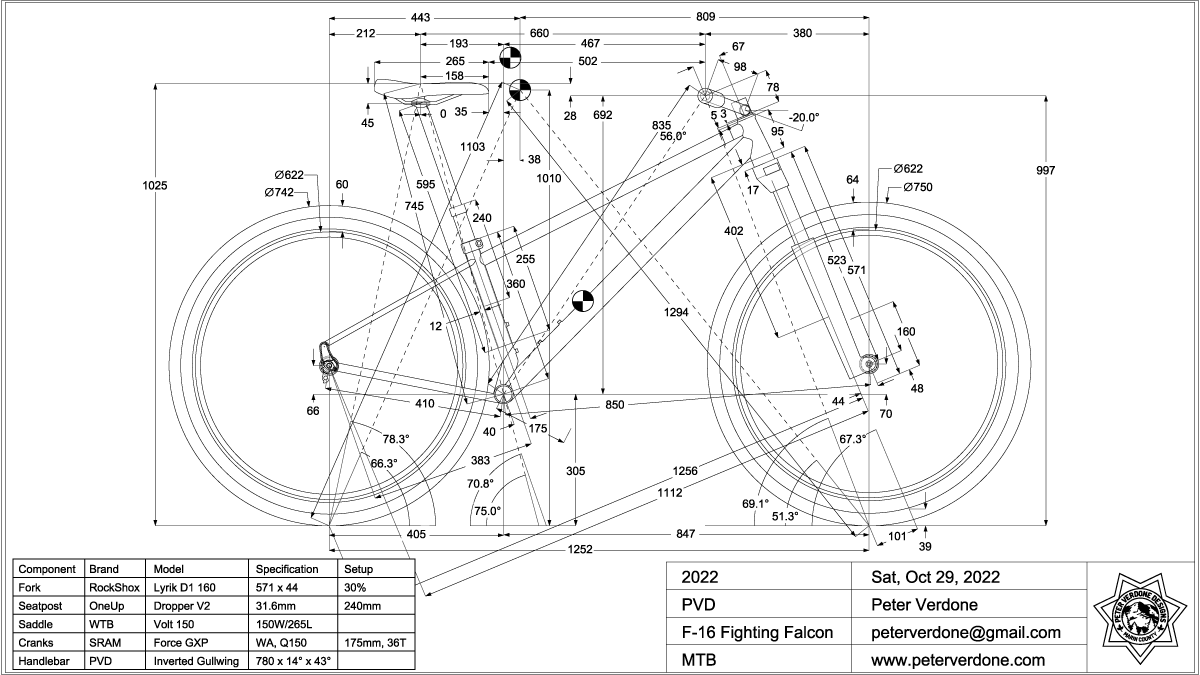 In my presentation, I tried to connect with more folks by using the geometry example from Windy’s 2022 Stumpjumper. I wanted to show how shopping for the bike was changed by understanding the geometry that she required and would be beneficial.  I wanted people to understand a new way of choosing a bike, looking at the information supplied by the manufacturer, and how that affected our choice. (In retrospect, I should have just used this bike as an example throughout the lecture. I don’t think that I made this as clear as it should have been.)

When the consumer and designer understand the geometry of a bike in a meaningful way, they can match the right bike to the rider or get the bike to perform better for a given task. Certainly, a novice rider will learn far quicker on a bike that fits them and their use well. A high performance race bike can be made to be easier to ride faster, longer. At the other end, folks will be able to avoid buying bikes that are terrible or very poorly suited for their goals. 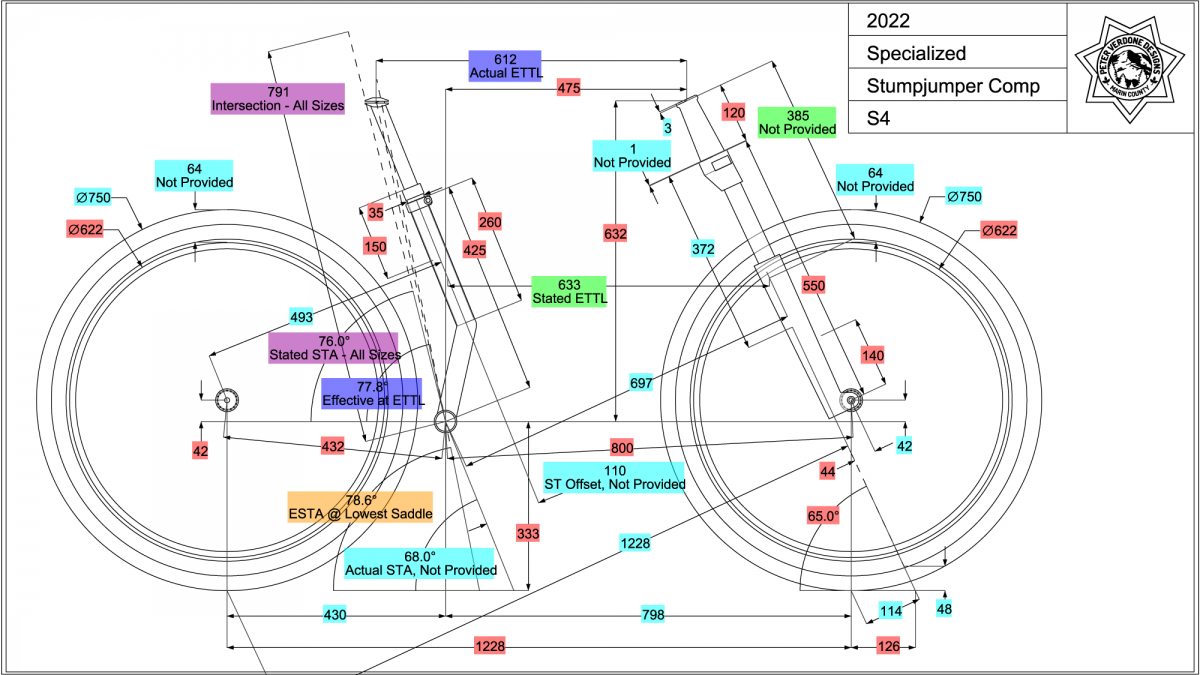 I really hope that this subject has (in fact) been made more clear by what ended up in the video. I had at least another hour’s worth of finer detail that I wanted to cover. You can hear us being pushing out of the room and the AV gear being broken down and taken.

I wonder what ways might exist to fit this into a 3 hour block at a convention. Maybe on the day before the official start? An outside venue?

While preparing some of the slides for the lecture, I pressed Brent at BikeCad to add a host of new features and measurements to release 18.5. We spent a few weeks of back and forth on about 60 changes. Some of these are:

Keep your eyes open for the new 18.5 that should be released soon. So many great improvements.

This is it. Cast judgement.

*Just to clarify, I mention a Surly handlebar at some point. I’m in fact trying to refer to the Salsa Bend Deluxe 17 bar that I discuss in another post.

I would have loved to do more interviews at the show. I really enjoy what this has become. It’s like my listening tour.

(This was my most challenging interview in all of the years I’ve been doing this stuff. If it seems like I’m stumped for words it’s because I was. Even the Bruce Gordon interview from NAHBS2019 was easier than this.)

Shiny stuff and little details, as you expect.