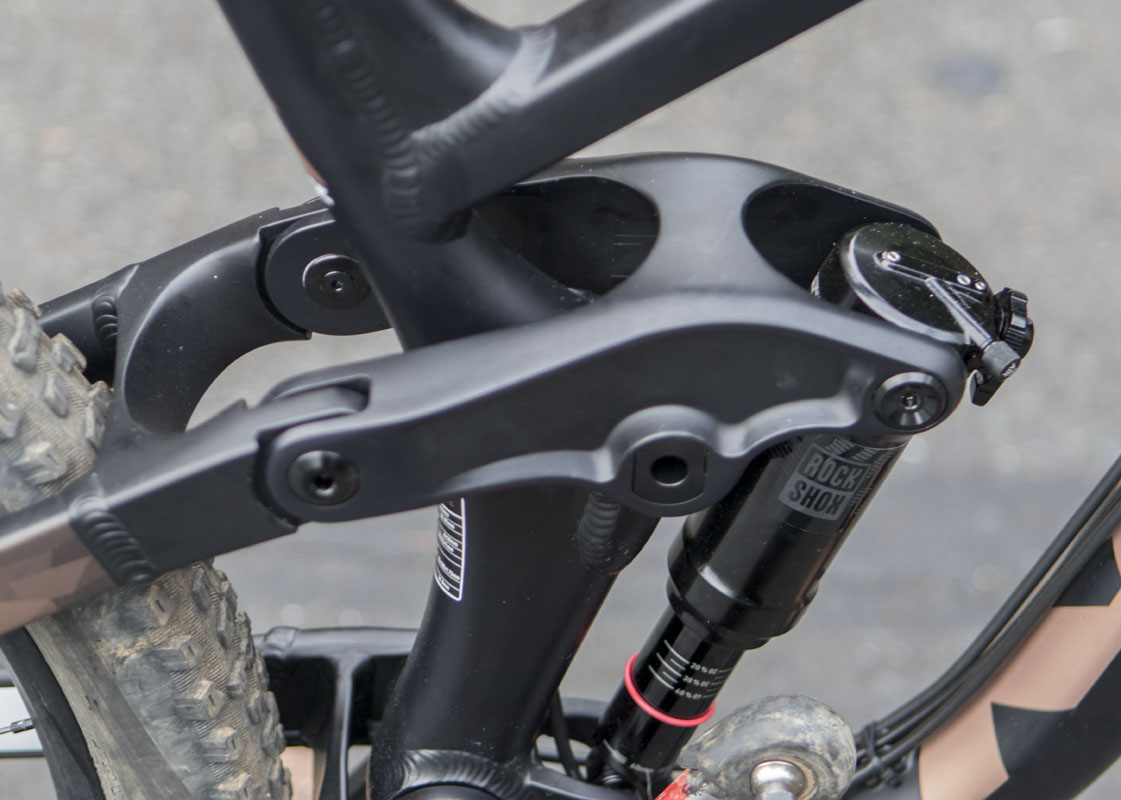 It’s been a busy couple of months for me with bikes. It’s almost like a second job now. Building my own new generation frame, teaching a few other guys to build their own bikes, designing parts for the next class of my bikes, international and national parts orders, getting frames to paint, final assembly, testing, adjusting, repairs. On top of that, finding time and energy to actually do real rides (and show up for my day job). Pretty crazy. I’m tired but I’ve really been enjoying most of it. Two new bikes are in the fleet now. Two have been phased out. Here’s the story of the most recent addition.

I sold my last full suspension bike in early August. A stoked kid in SF bought it. He was eager to pretend to be an enduro star. Maybe one day he will be. The exchange was a good deal for us both. Personally, I wanted to dump the older geometry bike and 27.5″ wheels before they lost all of their value this fall, and this was the right choice. A few of the new model 29er bikes coming out now are far ahead of the curve. There are few reasons to ride 27.5″ wheels these days. The 29ers have won. 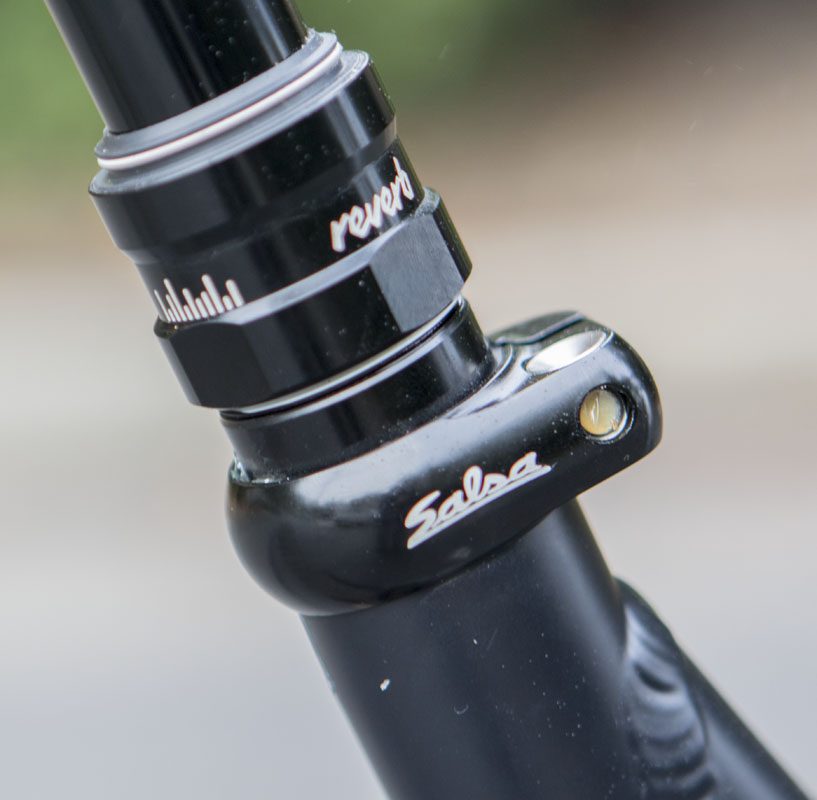 It’s taken about three months of waiting for the modern 29 inch bikes to start arriving from Asia. It was a tough time but without a squish bike, I was forced to do a bunch or rides that I probably wouldn’t have unless forced to on a hardtail….a weekend in Downieville, a weekend at Northstar, and a few others. Rough but helpful in proving my own designs.

I was torn between three bikes that had been announced for release in the US. Very few bikes exist in the market right now that are truly modern. In the end, I chose the 2018 Kona Process 153 AL/DL 29 G2. There are a few reasons why this bike won out over the others. 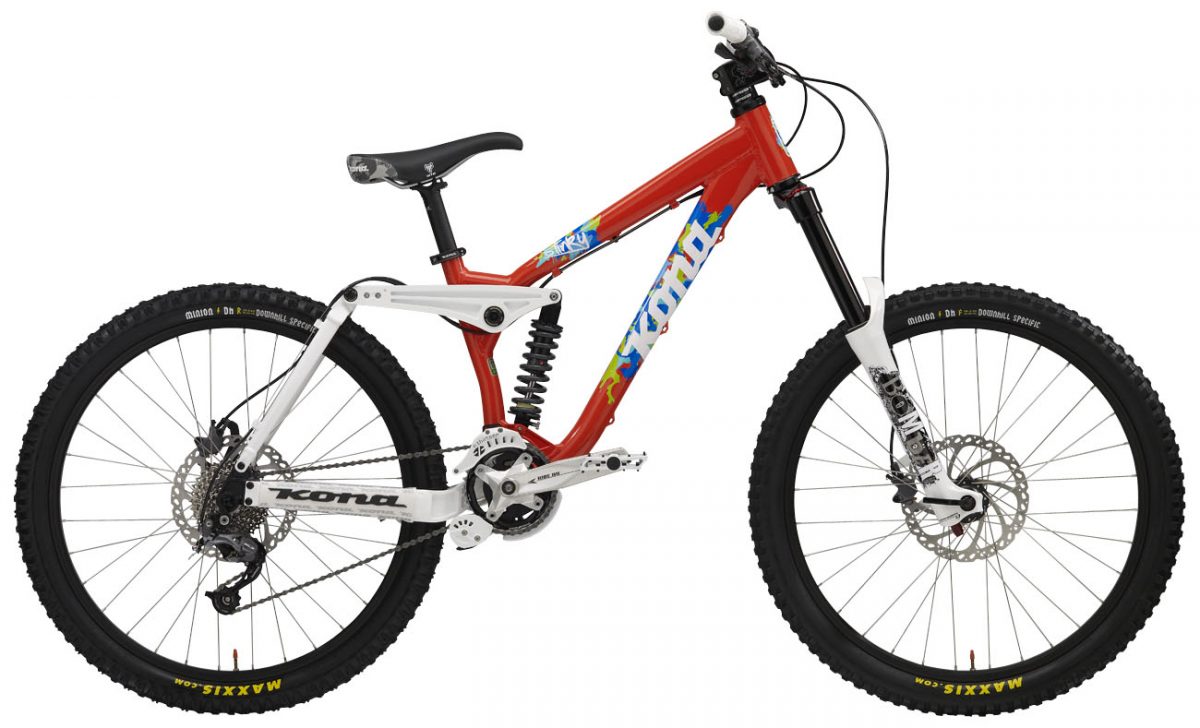 After one of the longest production runs in bike history, one of the most brutal and ugly looking bikes ever, Kona phased out the Stinky derived bikes a few years ago and started on the Process line in 2013. Whoever it was that changed this course is a miracle worker. Not only did they stop the bleeding but they stepped over almost everyone else in the process. I didn’t think much of or notice the new Process bikes until after a few rides out with my pro Kona rider friend, Ryan Garder. He was riding Process 111 G1 and Process 153 G1 bikes a couple years ago. Over time, I’d sit there at rest stops and be looking at the bikes. I began noticing the details. I saw how much attention had been paid to things that really matter in the frame. I was starting to understand that these bikes really are different than others.  There was some great design and engineering being implemented on these new bikes. Mostly, I loved how beefy and monster the chainstays are. These things are built to bruise.

When my bro Ronen was shopping bikes out last year, and looking into tons of bikes for just the right geometry for what he wanted. He finally settled on a 2017 Process 134 27.5 G1. We cut the fit on that close but after a few modifications that we knew we’d have to do going in, it’s been rock solid and trouble free since. It’s also been a great looking bike.

Late this summer, I’d hear rumors of the new Process G2 bikes in the works. Something with new geometry and 29 inch wheels. I’d also heard that it was going to be only Carbon. That was a shame for me. When it was out of embargo, it was announced that there would also be an aluminum version. Rad. It looked great, very similar to the Transition Sentinel but with a few tweaks. Some of the most modern geometry commercially available to date. Also, even with a late announcement, it was the first of the crop that was made available. After a bit of deliberation and angst I placed an order. 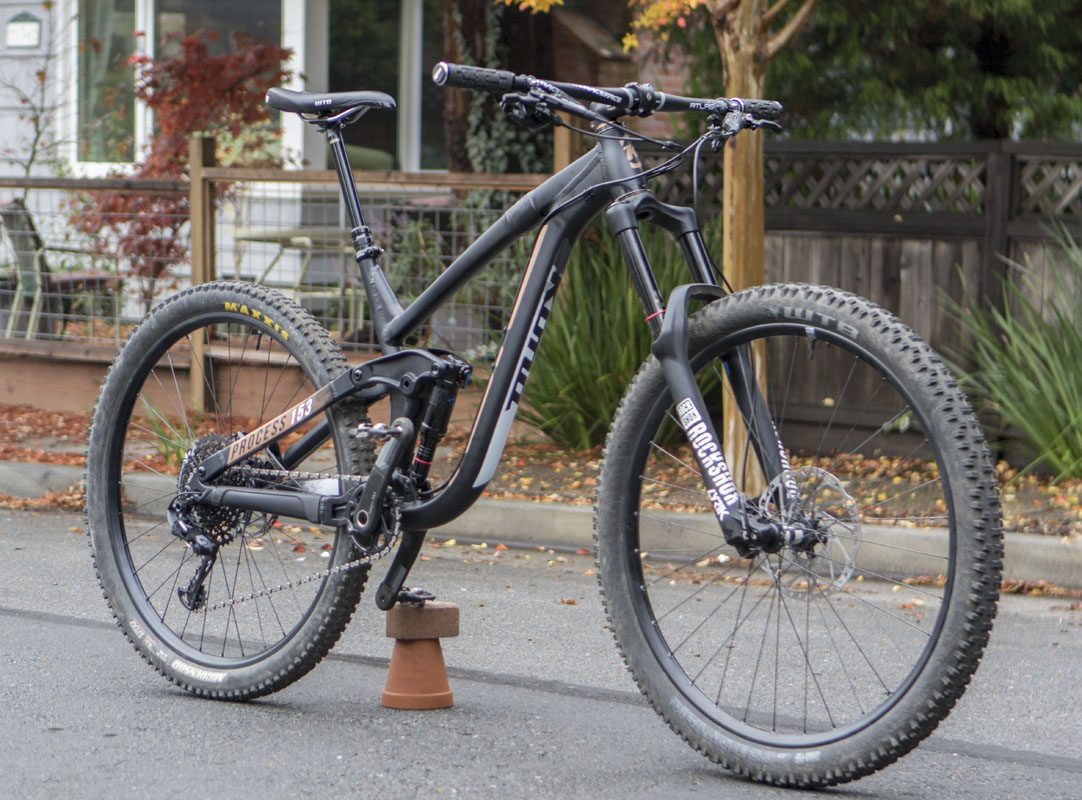 Of course, I needed to swap in some parts. 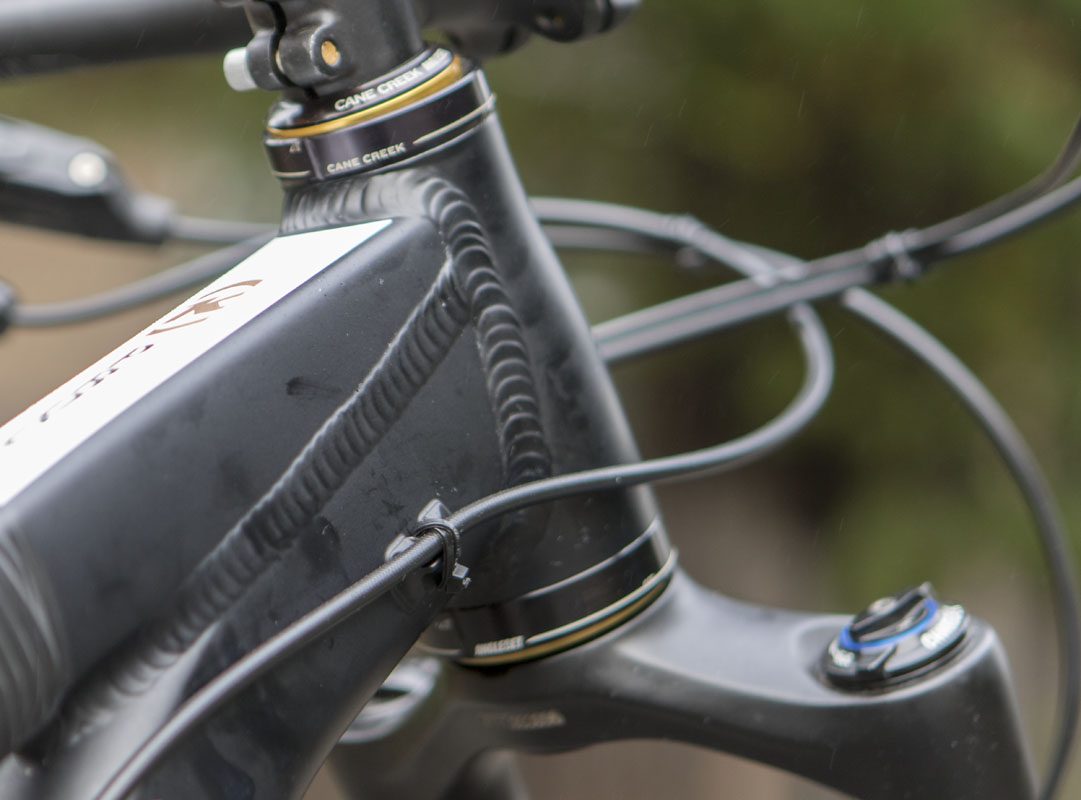 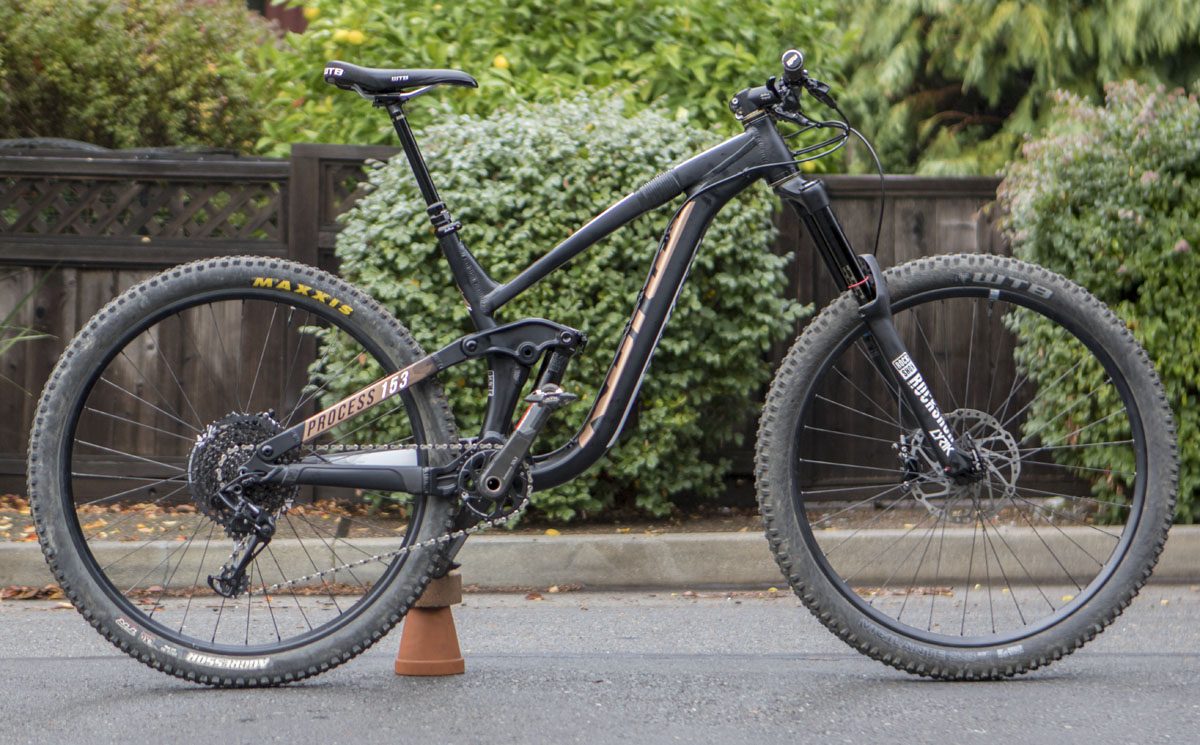 I’m really interested in seeing how the Onyx hub effects the drivetrain in a suspension bike. It’s been an incredible addition to my hardtails. Beside the silence and instant engagement, it tends to really keep the system from shaking about in rough. This will be magnified by a swinging arm. 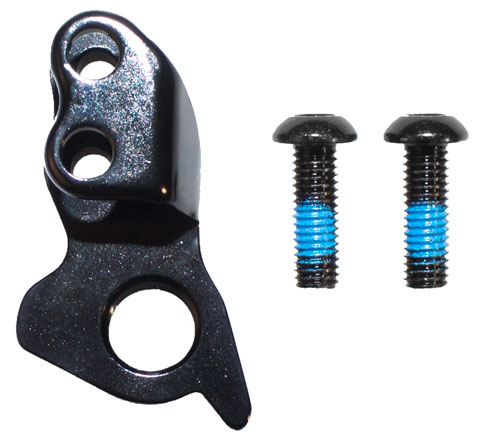 This isn’t set up as shown to be a full on on DH bike. It’s very aggressive but I have the cockpit set up for more of a long ride and lots of pedaling point of view. A few ‘artisinal’ trips up the mountain in a ride. With a bar and stem swap, I’ll be ready for any chairlift or shuttle day. That’s an easy change. There is plenty of room for a 35mm stem and 20mm rise bars for pure gravity smashing.

Issues putting the bike together: 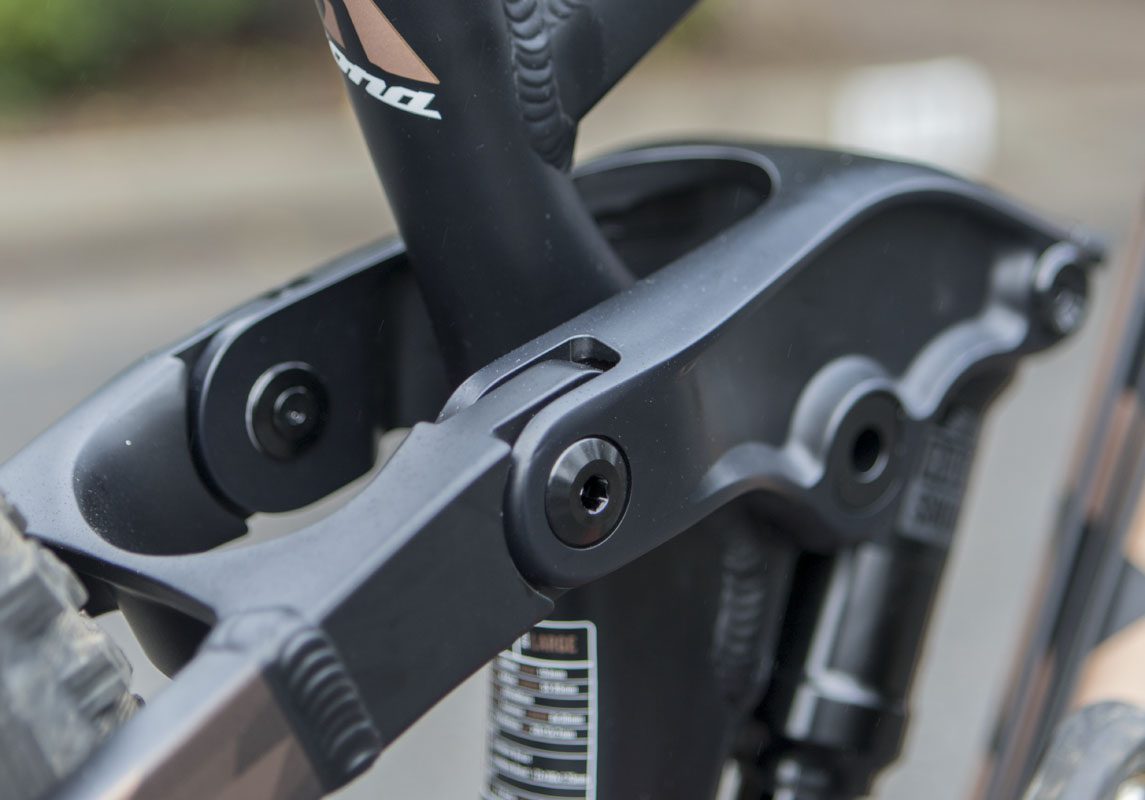 I may look into an eccentric on the lower shock mount to get the bike slightly lower to the ground. That means some time at the lathe with  a current eccentric design. Tough to make that happen with the 8mm through.

I’m hoping to see some trickle down from Kona. I’d like to see a new Process 134 29 and 111 29 soon. Those bikes would be a real value in this market. Much like Transition has the Smuggler, the little brother of the Sentinel.

Early in the ride, the stem was swapped to Easton EA50 75mm x -8 degree. The fit was just slightly off. This fixed that. The stem stayed on for the rest of the ride. These are also great cheap stems. Surprisingly, this was the stem I was fitting in the shop but had swapped based on some judgement directions. It keeps turning out that my first guess is better than my second.

The bike is definitely designed to pedal. It really felt great pedaling especially when using the very active threshold lever. When it was in pedal mode, it felt as efficient and anything else getting up smooth to rough climbs.

I definately noticed the Q168 cranks coming from all my hardtails with Q156 cranks. Crank width is important. Sadly, like most bikes in this class, Q168 is as narrow as will fit.

I wish the rocker was a little narrower. It seems like there is room for it to be. Every now and then I did notice my calf against the rocker. But I do have large calves.

I’m a bit out of practice riding a full suspension bike hard right now. I tried but know that it needs to be pushed harder. I do know that it felt scary fast and planted on the trails I went down. It cornered well going down very steep switchbacks. It just felt good. I’ll know more in a few rides.

The bottom bracket felt a little high. I definitely need to play with lowering it. It may be OK but it’s worth pushing.

Fork was set to 75 psi with no tokens. The rear was set at 150 psi with whatever tokens are inside (2?). I’m going to look more into the rear shock tomorrow morning.

I was forced to weigh this bike because Tory Sox  (a bend local framebuilder) simply had to know. It was somehow super super important. I went to the basement late in the night….in my socks…and weighed the bike. 34.07 lbs. This is my enduro/downhill bike to fill the half of the spectrum that my hardtail can’t. Thus, it weighs a bit more than an every day bro bike. 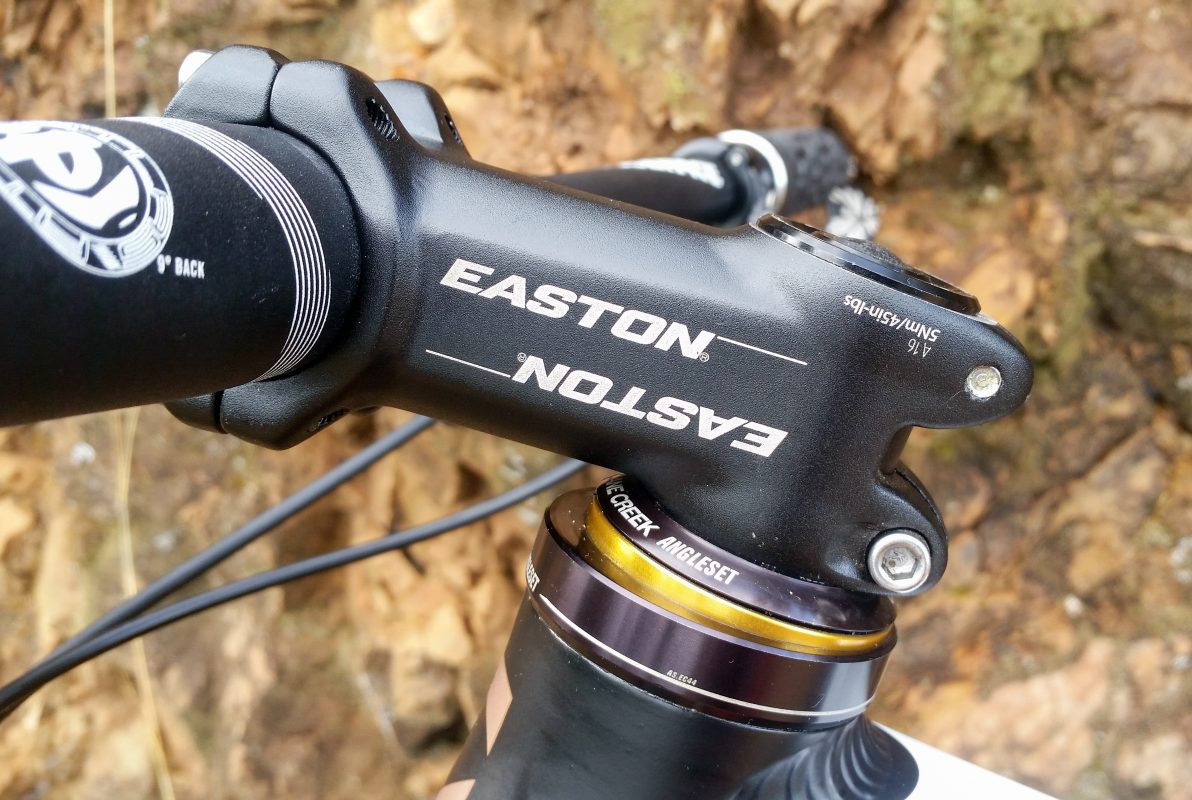 Here is a new fit print from after the stem swap:

Nothing fancy at all here. Just phoning in a loop around Tamarancho and a couple of Flow runs with friends.

The bike is dialed. Before the ride I swapped the Reverb’s keys to take out the slop. Getting fixated on this detail lately. Forgot to add the spacers to the front caliper but those got done after the ride. I also found a fancy XT 203mm rotor that blings the front out more.

The control, handling, and pedalablity of the bike really are top notch. It almost coasts around slow speed tight switchbacks. It goes up great. I charged hard enough into the high speed drop to bottom the rear out. I should probably add a volume spacer there. Not sure if the bike is too high yet.

The #1 think I came away from this ride was, Why the hell does this bike not have a rear shock remote??!!??

An easy pedal around China Camp, a big gnarly Tam poach ride, and a trip down to UCSC for some blasting. Three very different rides in a row this weekend. Pretty much a proving ground for this bike.

I had made a nice sealed, stout, and slippery offset reducer to lower the rear of the bike. It drops the bike down about 5mm. The height feels great now. The pedals touch down softly every hear and there but nothing major.

Other than that, all I changed is the seat tilt slightly. I got the Code brake hose in the mail and mounted it to the rear of the bike. The bike is now fully dialed.

One thing that I (finally) noticed while riding at UCSC was the room that the bike has for full size DH chainrings. Definitely up to 42 teeth, maybe even 44 teeth. That’s super sick for taking this bike up to Whistler this upcoming summer. Also, for Northstar. This was definitely meant to be a mini-DH bike the more I play with it.

The bike is big and heavy but feels great out on rides with lots of pedaling. It’s very well designed. It really really really needs a remote for the rear shock but that’s about it.

Riding UCSC got me out of technical gnar of Marin and put me into the high speed, jumps, and loam berms of Santa Cruz. As the bike get’s faster, it just get’s better. The taller range I have with the new GX12 came in handy pedaling at speed down Mailboxes. Jumping the bike (which I suck at) feels great although I did avoid the very biggest of jumps. 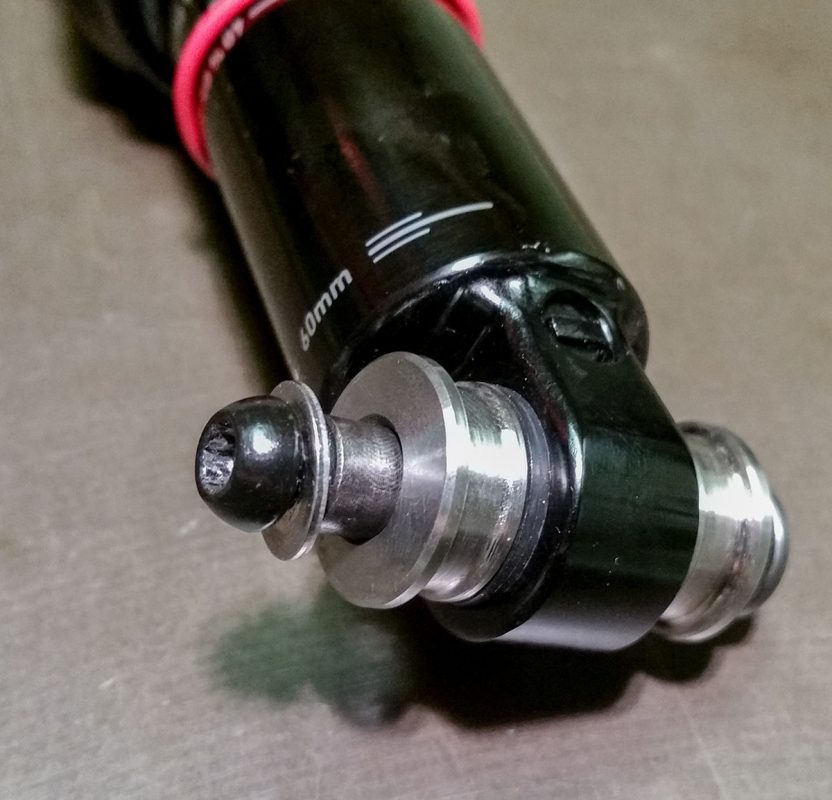 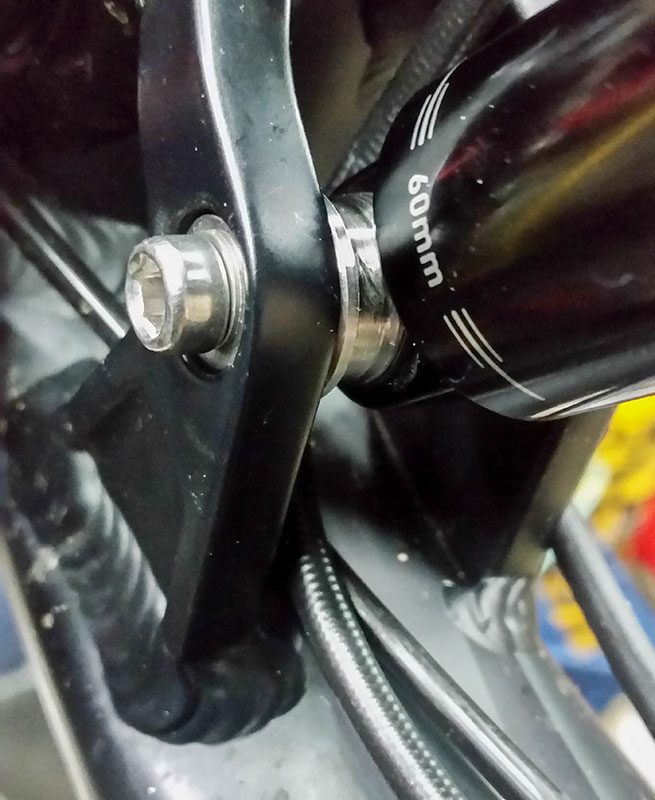 In the end, after a weekend of riding, I’m really thrilled with this bike. I feel like I made the best choice given the few bikes that exist like this. It does so much well that it’s hard to imagine going back to the old paradigm.

With a lot more riding on the bike on more extreme terrain, I’ve made some more subtle changes.

Here’s a video review of the bike from Bike Magazine. The review has issues. The Yari is a great fork. Don’t blame the bike if they don’t bother to set it up right. Also, and more fundamentally, they don’t seem to understand the bike. It’s not a little pixie trail bike. It’s a heavy enduro / downhill bike that goes uphill well. Seriously, look at the chainring clearance. Look at how beefy the stays and tubes are. Look at the geometry. This bike was built to smash everything in it’s path. Comparing it to an ultra light carbon play bike isn’t editorially correct.