I live in a fantastic part of the country. We get a lot of passionate people using a lot of cool hardware in front of everyone. Here are three that I’ve come across in the past week.

I saw this Morgan 3 on Bryant St. in SF while picking up some parts from SMP Machine. I think that it’s a cool project. It’s a bit sketchy how exposed the motor is in a bump. I don’t like the tail at all and would like to see it completely reworked. I also don’t understand why such a crude group of suspension parts are fitted to this as it should have some really nice hardware. 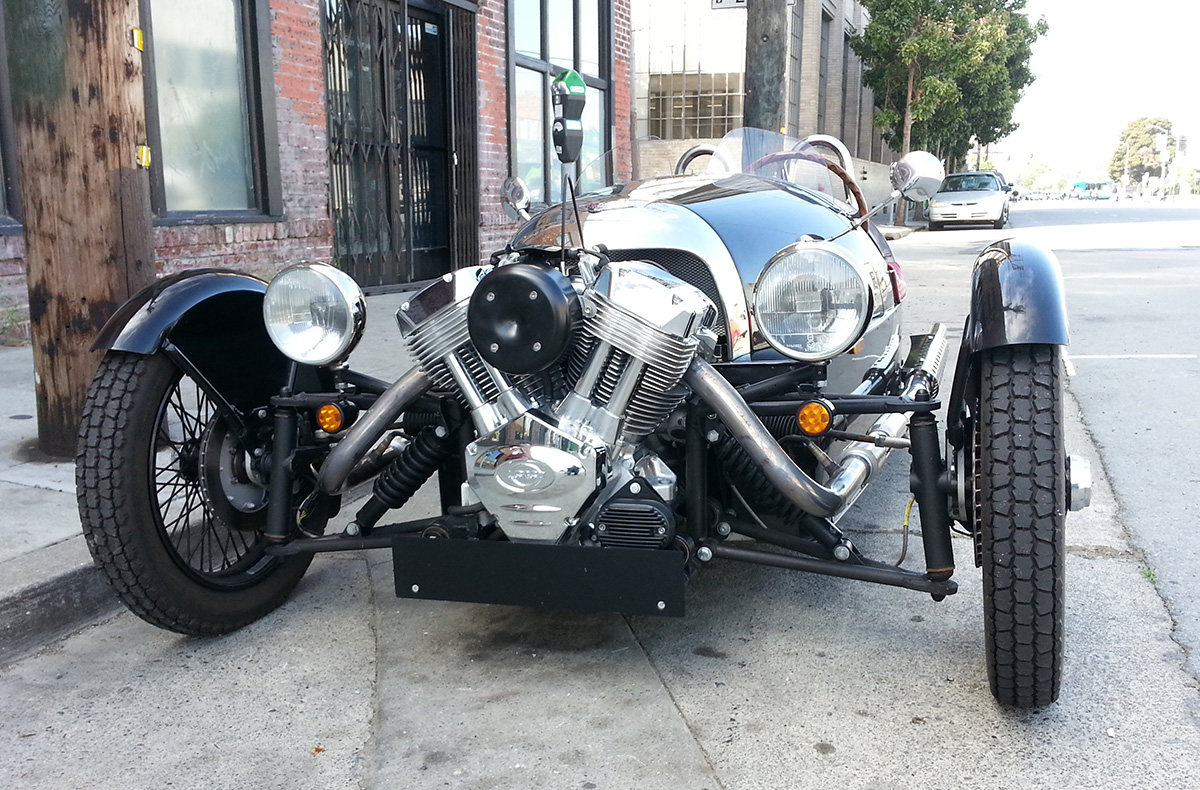 In Fairfax, a neighbor had borrowed Mark Norstad’s (PMW)personal bike for a ride at Tamarancho. The bike is extremely custom on a level very few bikes can possibly be. Mark is a titanium magician and it shows. I wasn’t able to find out who did the actual building of the frame but it had some fundamental problems in it’s design. The bike was fitted with a Pinion gearbox. I rode the bike. The gearbox is pretty much garbage from a performance point of view as you have to stop pedaling to shift. I can see very few befits of this and a massive amount of drawbacks.  It is cool though and may have a place in utility environments. It has a really really horrible twist shifter making everything worse. What’s with gearbox/gearhub guys and the stupid twist shift thing? Ugh. 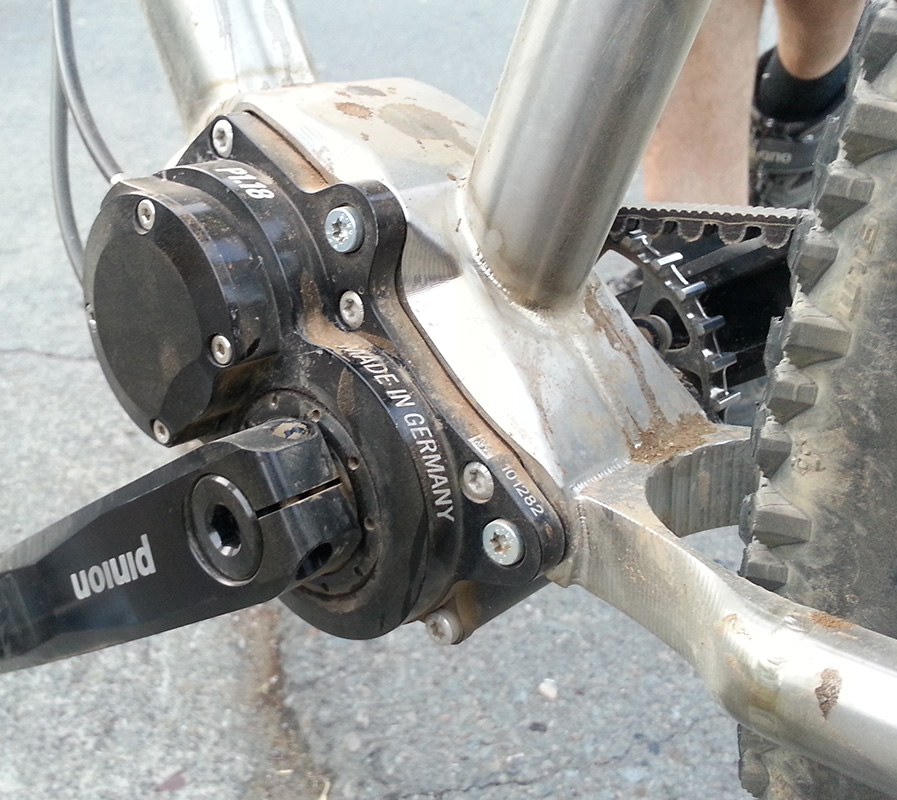 While riding from work to the Golden Gate Bridge, I caught up to a guy with possibly the most blinged out scooter I’ve ever seen. A Yamaha Zuma 125. No expense spared. The rear end is extended 10 additional inches. Very trick stuff all over this bike. Regardless of all the hopups here, a 125cc scooter is pretty much only usable in an inter-urban capacity and not a intra-urban way. That’s 250cc country. 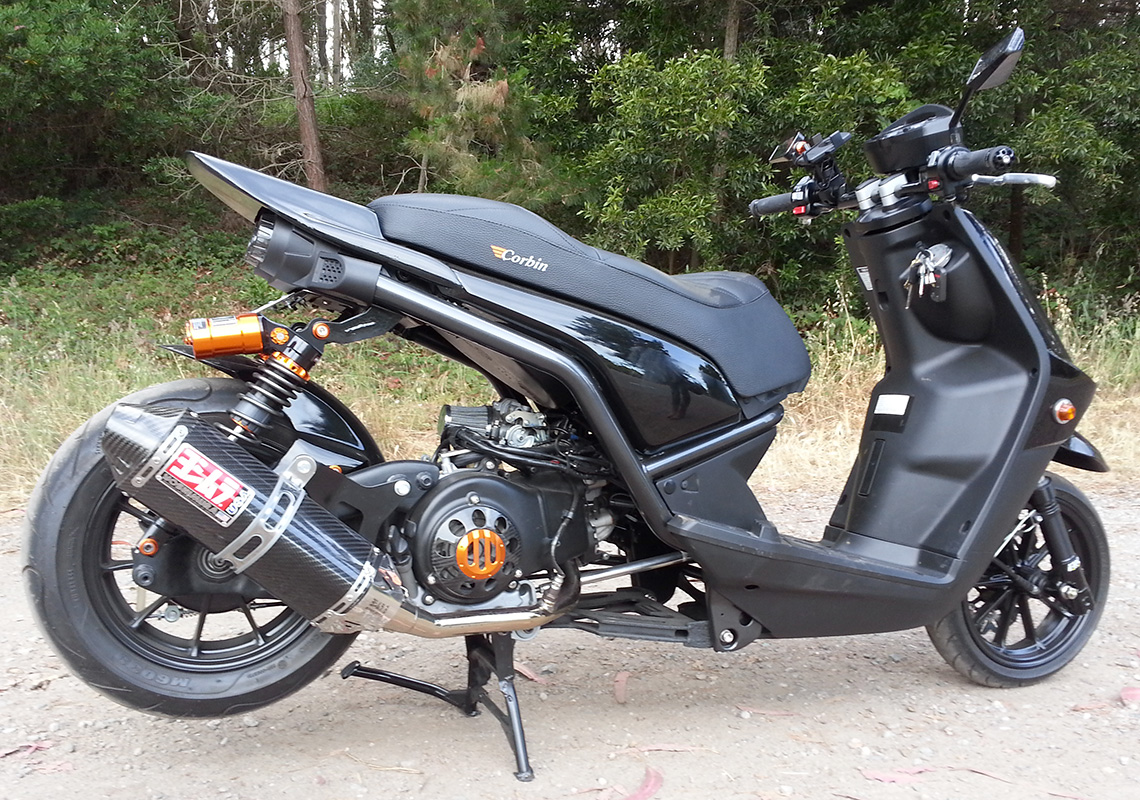