Healing up from my wrist injury last September has been quite a journey. It’s been very discouraging but giving the situation I’m glad that I got out the way I did. Things could have been much worse and I am grateful. Still, I miss cycling well. The past month has seen a bit of improvement to my wrist and I am starting to do what I call ‘real’ mountain bike rides. I’m quite out of shape, though. There is really no hope of me entering the Tamarancho Dirt Classic on the 30th, I wont be ready for mountain bike races until next spring. I figure that I can race cyclocross. I signed up for the Bay Area Super Prestige series. I need to get my butt in shape and nothing works better than a racing deadline.

I’m not a fan of cyclocross. Well, better said, I’m happy to hang around drinking beer while watching others race cyclocross. I prefer Super-D, Enduro, and Downhill. Very different tastes. Thus, I’ve never raced CX. I don’t have a CX bike and I don’t really want one. I do have a nice lean titanium 29er hardtail, though. I’m going to convert it for the season.

The bike’s weight is 23 lbs with SID fork, 21 lbs with Niner RDO fork. (still waiting on the Niner fork). It’s on the heavy side for CX racing but a pretty cool bike regardless. 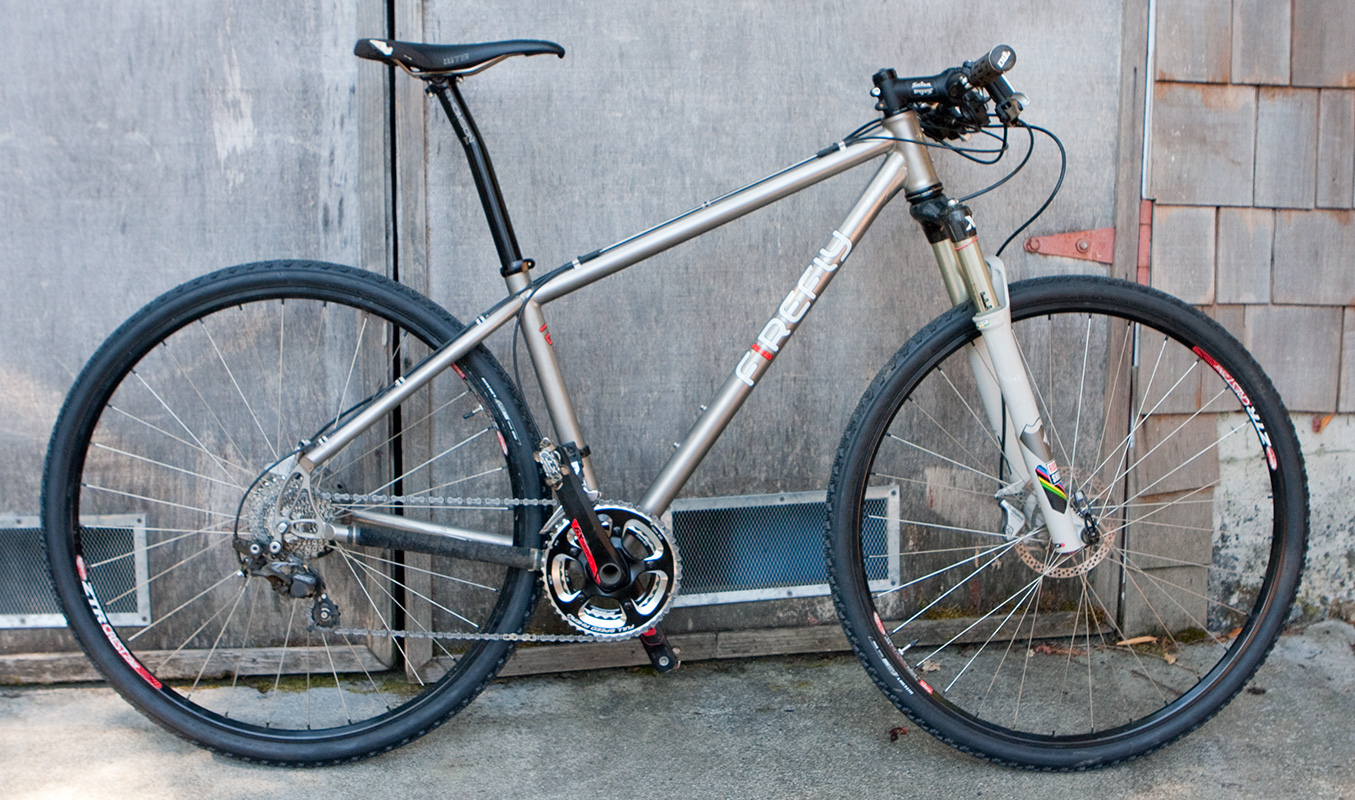 One of the biggest issues in converting a real dirt bike for CX is gearing. It’s tough to fit the chainrings needed for a well geared CX bike into the space that the wide offroad tires have taken up. I got a little creative and came up with a plan. I’ve got a set of SRAM X9 cranks on the bike that have a removable spider. SRAM produces a road crank, S950, that uses a similar spider but with 110mm BCD. It just needs to produce the right chainline. 49mm as per SRAM 2X10 specification. The part number for the spider is 11.6115.547.010 – Spider S950 110BCD 10Speed Blast Black. It is not available openly and I had to pull a few strings to get it. 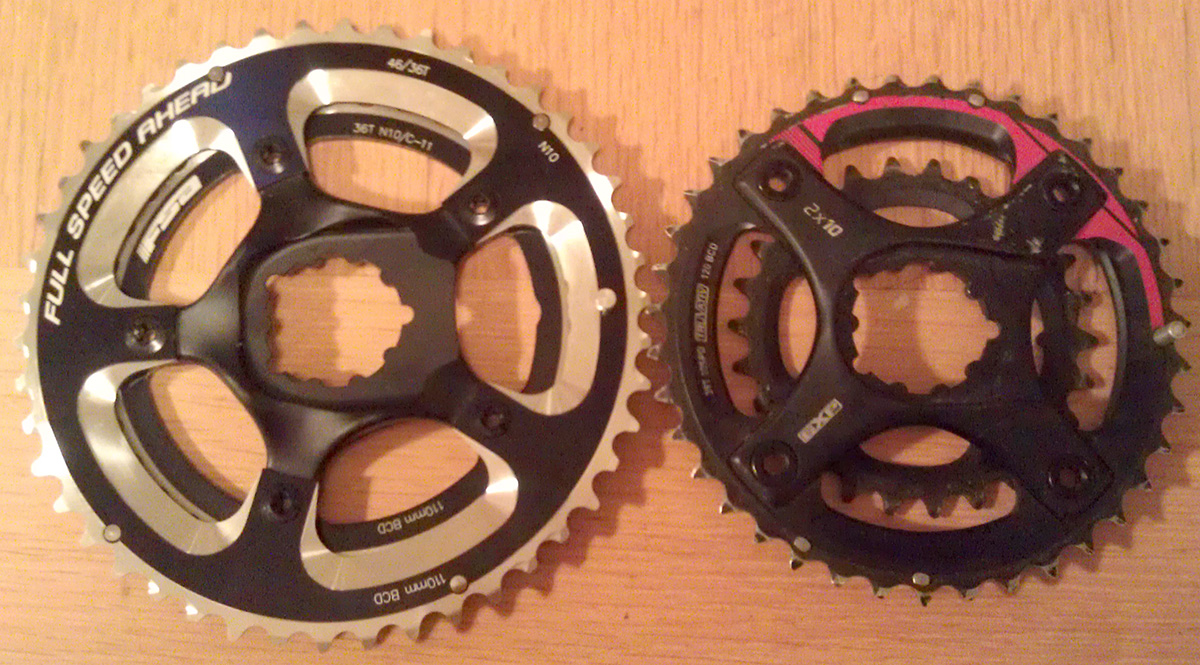 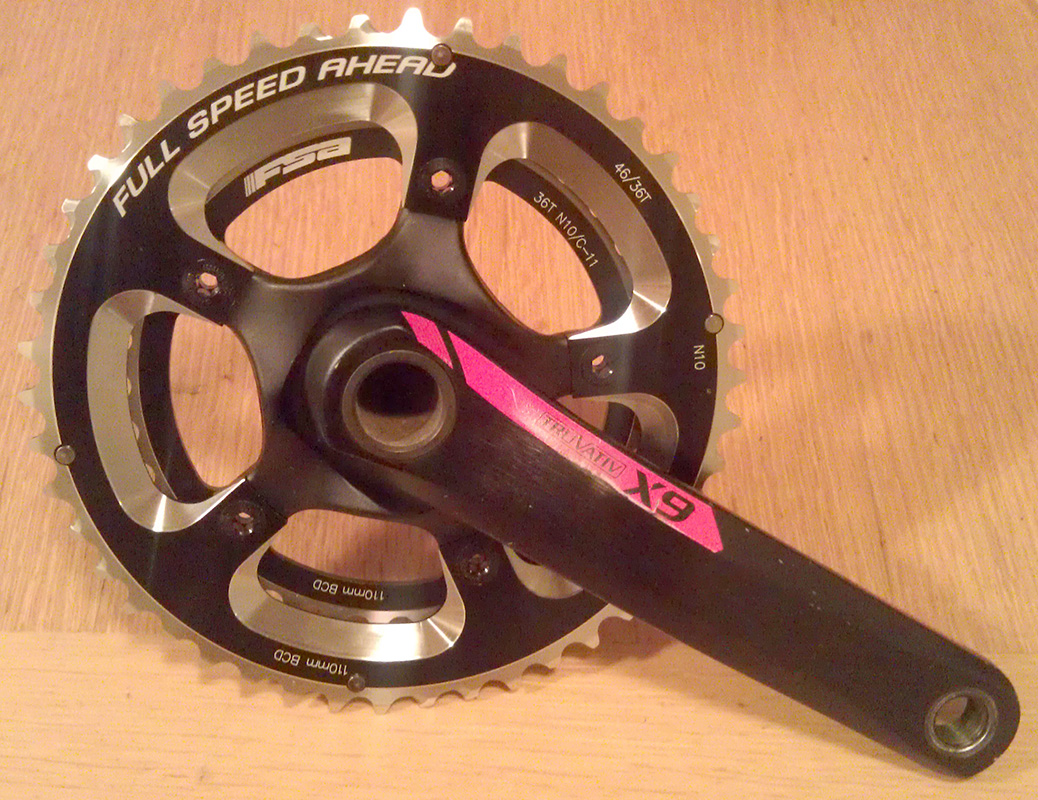 The newly configured crank squeezed onto the bike by having to reduce the gearing to 46/34 rather than 46/36 and the crank was shifted 3.5mm off center to the drive side producing a chainline of 52.5mm. Not the greatest but pretty much usable in this application.

To improve the gearing even more, a Shimano Tiagra 12-30 ten speed cassette is added along with a Shimano Zee short cage derailleur. The Shadow Plus clutch system is going to be really nice during all the mounting and dismounting that will be going on. 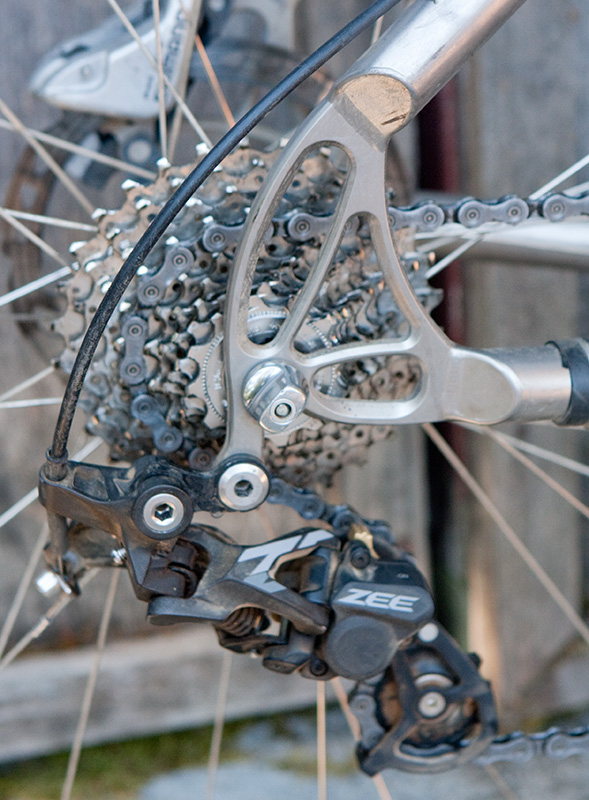 Some Ritchey SpeedMax Cross Comp 700x40c tires will be used to start. I still need a little cush for my wrist and given the wide ZTR Crest rims on the bike, too skinny would be an issue. Interestingly, mounting the tires on the ZTR Crest rims versus a traditional road rim resulted in a width increase from 34mm to 38mm. These tires are taller than they are wide. 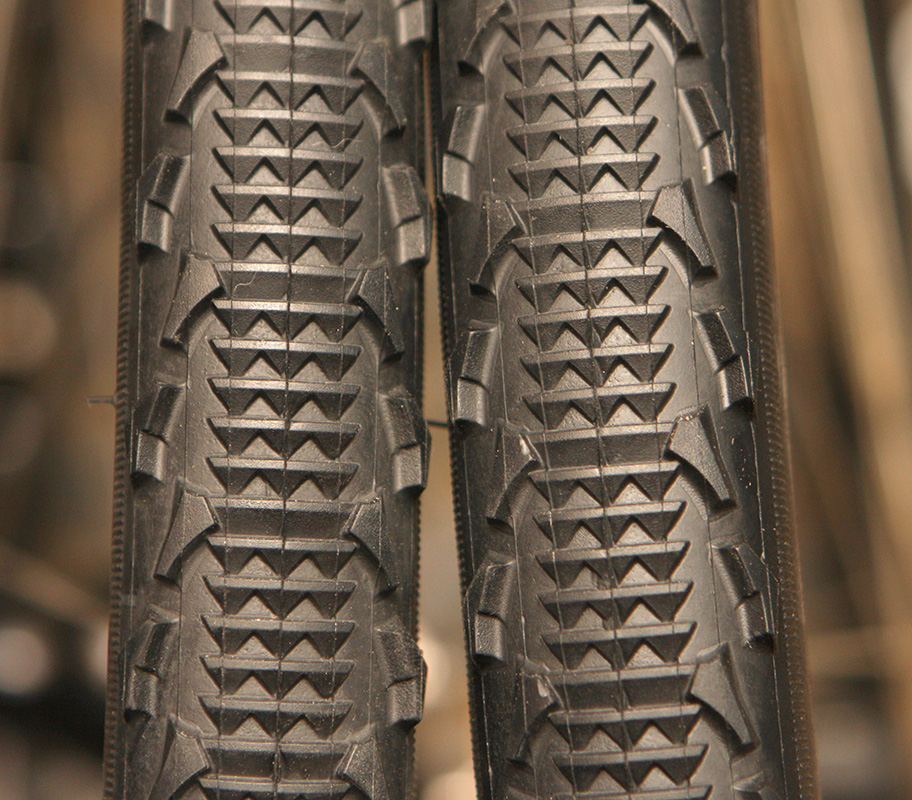 The bike originally had a 100mm RS SID RLT fork on it. Given my wrist issues this may stay on the bike for a race or two. To replace it, a Niner RDO fork was ordered that should shave 2 pounds of weight off the bike and provide better ride quality compared to the ‘locked 0ut’ sid.

The riding position will be changed to be more appropriate to cyclocross rather than mountain biking. Narrower bars will be added as well, 600mm down from 700mm. A 90mm 15 degree stem was flipped to make the position. Nothing too extreme but much lower than real mountain biking.

The 25mm offset setpost was swapped out for a 16mm offset seatpost to shift more weight forward putting an emphasis on sprinting and climbing over descending.

Lastly, the quick release seat collar is removed and replaced with a fixed unit.

Here are some nice pics of a spider prototype that could be made to replace the SRAM spider. I was just geeking out. 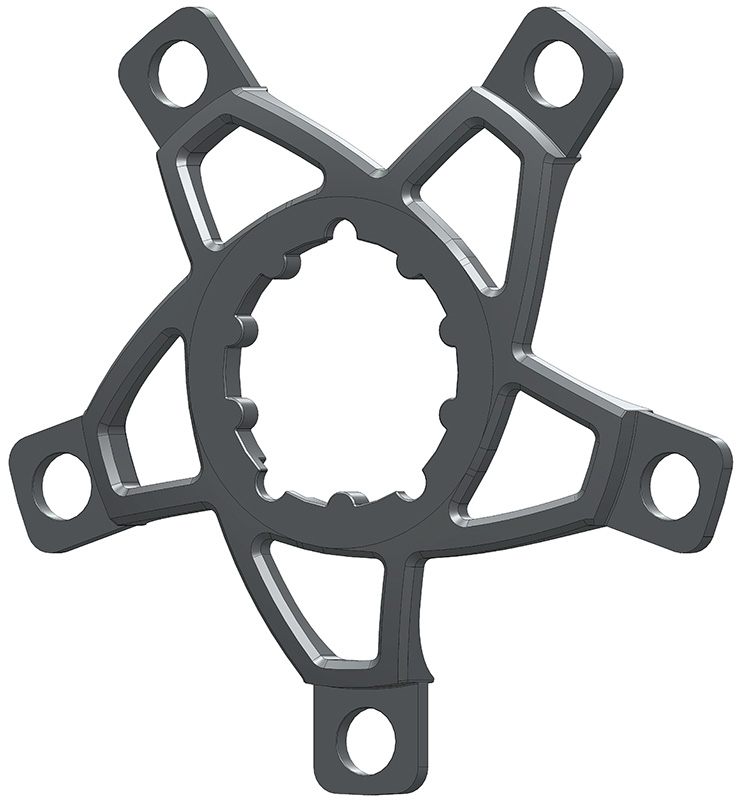