My camera was knocked out of my hand and was sent into the ground with all force. Parts flew. My brand new frame and my best lens, the Canon 24-70mm f/2.8L Mk I (not the Mk II). It was a worst case scenario.

The shock was staggering. I couldn’t believe it. Smashed! The frame was fine other than a small scrape or two but the lens was looking rough. I put the parts away, grabbed another lens, and continued to shoot.

Later, I looked over the lens and it didn’t seem so bad. I looked up the local Canon Factory Service Center in Costa Mesa, CA and started a repair ticket. I mailed it off on Monday. I haven’t heard back yet. (see update below.

On my ride into work this morning, I was thinking about the broken lens. It broke in half pretty easy. Right from the mount area. The fancy expensive lens had a plastic mount plate internally, different from the other metal parts. The one ribbon cable connection tore right at the soldier area.

It suddenly occurred to me that this plastic piece was an intentional failsafe designed into the lens to allow the lens to fail without damaging far more expensive and delicate parts of the lens. It also saved further damage to my frame.

That is some awesome engineering! I love seeing this kind of stuff at work around me.

…now I just need to learn the repair cost..

(Sorry for just one image here. I didn’t think to really document this at the time.) 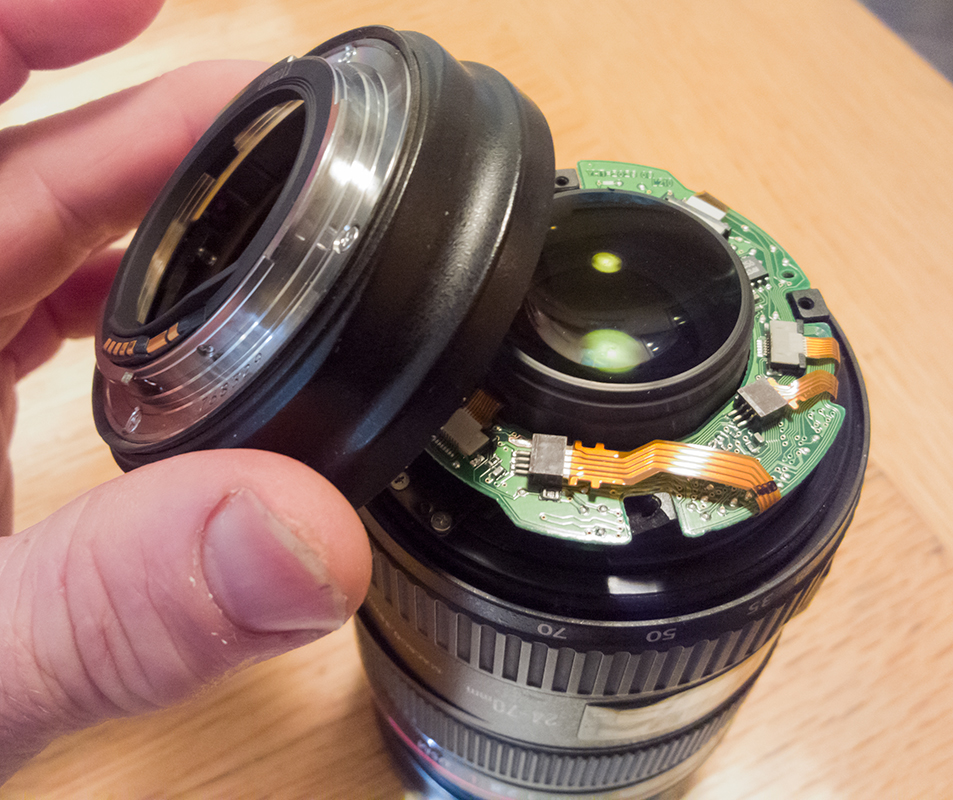