This weekend is the Tara LLanes Classic. http://www.tarallanesclassic.org/. It’s what is called a Mega DH. Mega DH is essentially Super D’s wicked brother. A very long DH race with no emphasis on real climbing but a bunch of pedalling at high speeds could be involved. The key is that the course will involve true downhill trails and features. Pretty killer.

This race starts at the very top of Northstar. A fire road bomb with lots of pedalling to the top of Sticks ‘n Stones. Sticks ‘n Stones is a very difficult trail. Double black diamond. Very technical. Very fun. The race finishes with a nice little stadium jump. 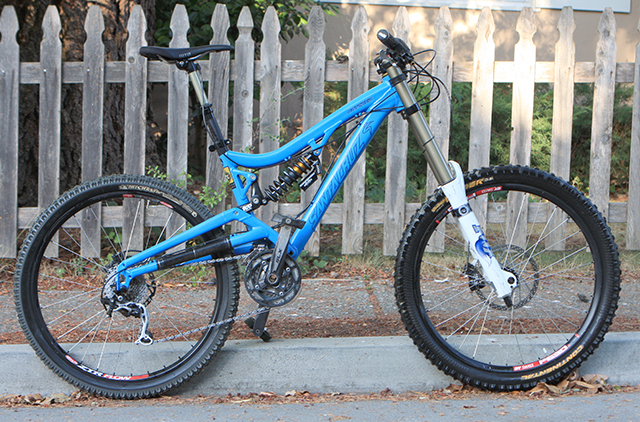 The Cane Creek Angleset really came in handy here allowing a 1.5 degree slackening to the All Mountain type frame to give the front end more of a Downhill feel. Gonna like this in the rockgarden on Sticks ‘n Stones!

I made a quick little prototype keeper for the small chainring that will ensure that the chain has nowhere to fly and to also hold the bash/lapper. I hadn’t had any issue with chain drop on this bike (even at Northstar) until riding Downiville this last weekend. Something about the super high speeds and frequency of Third Divide would cause the chain to drop. Not cool. This part fixes that. It’s a quick and rough prototype and not a good example of a final draft, but I did get it done for this weekend and that’s what’s important.

The new MRP 2x Chainguide (http://www.mountainracingproducts.com/mrp/2x/) wouln’t work here since a converted 3x crank has a chainline too close to the ISCG05 mount. Every mm makes a difference down there. This little guy makes up for some of that space. 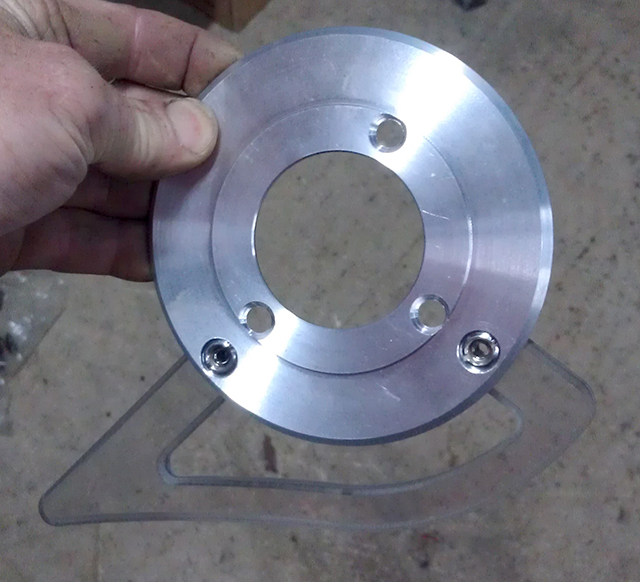 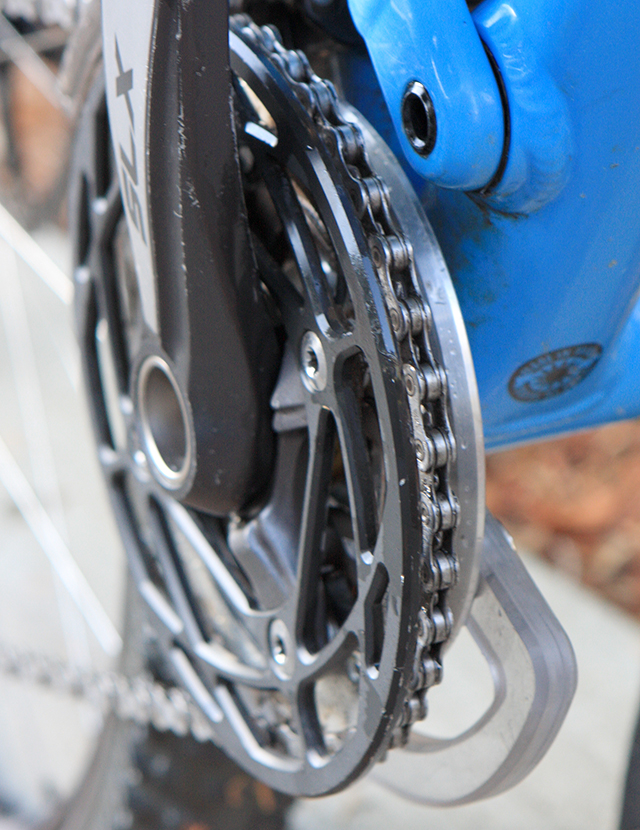