I’ve recently been getting some parts together for a new rifle. This left me laying in bed the other night thinking (as I do) about length of pull and fine adjustability of collapsible butt-stocks for AR-15s. I won’t have the bulk of parts in front of me until this afternoon and I won’t have the action, barrel, or trigger for another 14 days. Sometimes, though, waiting is good for development as it forces you to think on a very granular level about the whole and the parts you actually have in hand.

The length of pull of a rifle or shotgun is a tricky adjustment to describe. Many competing ideas are in circulation. Nobody seems to know what they are talking about. I won’t get into the proper adjustment now but suffice to say, length of pull is the distance from the butt face of the stock to the trigger face. It affects the relationship the shooter has with the rifle, how the trigger is actuated, and how s/he looks through the scope (along with the comb). It’s important.

An AR-15 CAR receiver extension can be swapped with an AR-10 CAR receiver extension to increase the length of pull approximately 0.500″. This is helpful for larger people. There’s not much that can be done for smaller people without extreme measures. As the rifle I’m putting together is a bolt rifle that uses an AR type stock, I can take extreme measures with the extention and buffer area without effecting the function of the gun. I’ll be ordering an AR-10 extention to have on hand in case I need it. 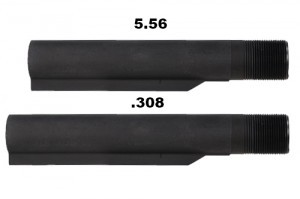 Most AR-15 receiver extensions for adjustable stock carbine have 5 or 6 locations for the butt stock to be placed. As the rifle is primarily a combat weapon, this is probably 2-3 more positions than is best but as I have no experience with that, others can discuss. For social sport shooting where many people may be using the rifle and for fine adjustment, more positions are better.

A quick inspection revealed that there was plenty of room for more detents in the Vltor, Mil-spec, RE1 (Vltor is a division of Abrams Airborne) that I had on hand. It had five positions. I could easily add four more.

The detents on the receiver extension are spaced at 0.8125″ apart on this model. The measured diameter is 0.317″. The bottom of the detent is 0.305″ from the top of the part. After locating the part in the mill, ensuring that it was level and in line, I simply bored down with a 5/16″ end mill. I was concerned that there would be some issue with the missing 0.005″ diameter but (in this clean environment) everything works fine. I took the chance to lightly chamfer the edges of the new and existing detents. This will add some durability and smoother operation. 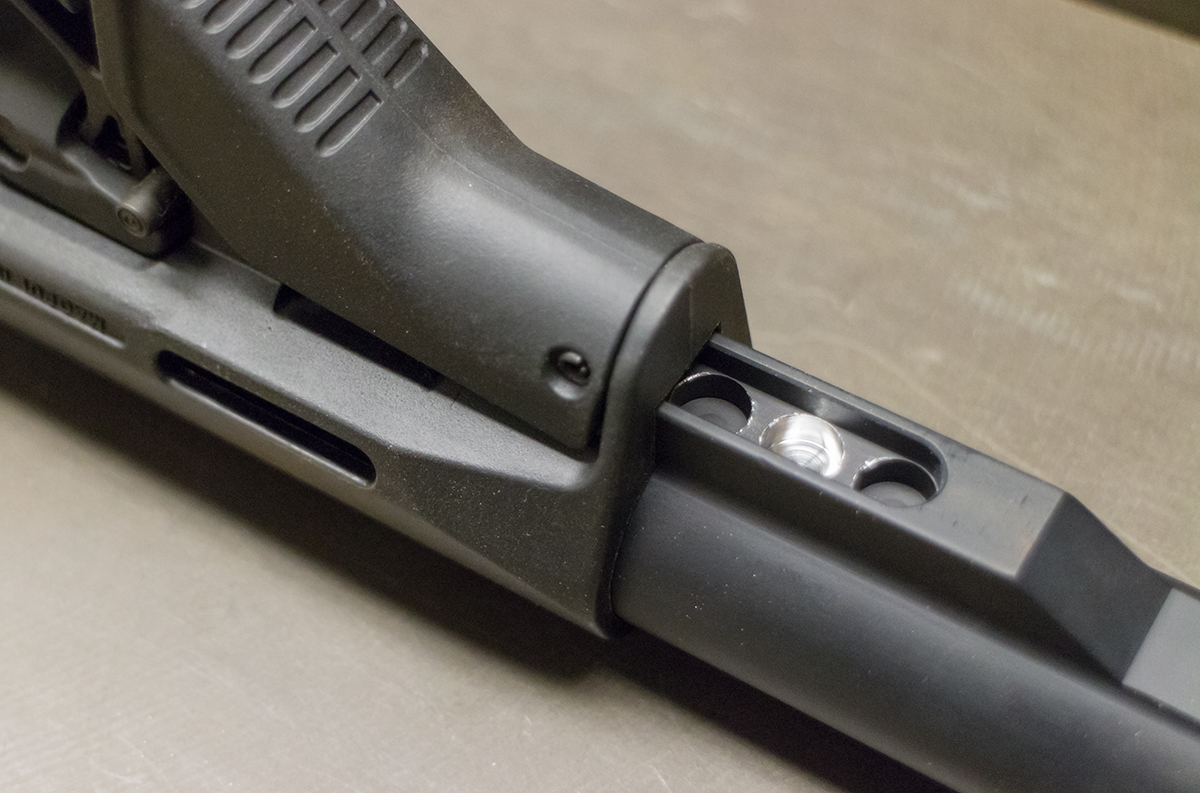