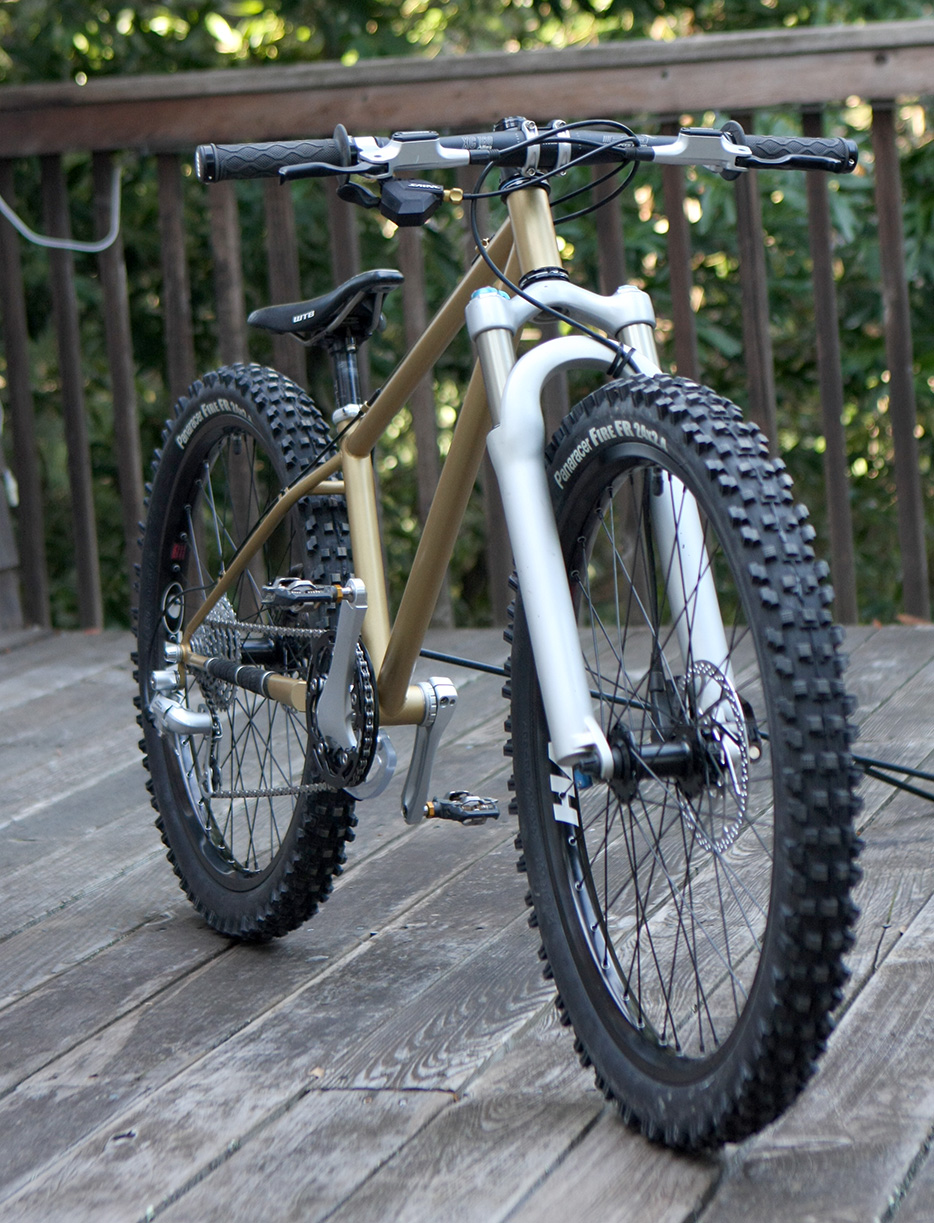 This is a pretty special bike. A juvenile DH race bike for my friend Bryan Harrell’s son Jake. Jake has been racing ABA BMX (ranked 4th district CA04) for the past two seasons and is absolutely killing it. As mountain bikers and living in the best place you can for riding trail, it is only natural that Jake get a trailbike and something suitable for racing DH and DS at the 2012 Sea Otter Classic. There really isn’t a quality offering on the market for this kind of bike, so it had to be made. Awesome.

The namesake for this bike is fitting. Anakin Skywaker’s Radon-Ulzer Repulsocraft podracer as modified by Anikin. If a kid is gonna have something fast for the races, this is it. Get in, shut up, and hold on. Only for riding fast and taking chances.

The tubes on this frame were chosen to keep the frame feeling good. While this bike may look excessively lightweight for an adult, it’s actually going to be pretty stiff with a sub 100 lb rider on board even in the gnar.

I’ve been recovering from a pretty major hand injury and may welding here is really not the nicest example of my work. The gold paint really makes the irregularities stand out.

Fox F100 lowered to 80mm. I would have loved to keep this fork at 100mm but keeping the bike fitting Jake would have been quite difficult. He’s so small that I have to balance the capabilities of the bike with his ability to fit and move over it. A 9mm quick release configured fork is fine for this application given that the rider weighs less than 100 lbs and won’t be doing massive leaps for quite a few years. Also, the oil in the fork was changed out to RedLine ‘Like Water’ (ISO 5.5), one of the lightest oils on the market. This will help the fork damp well given the light load and the low air pressures that will be used.

Shimano Sora road cranks (175mm), cut down to 153.5 mm. This was the first time I’ve cut cranks down, I’ve always wanted to but I just never had cause. Two reasons for choosing these cranks, the ability to be cut down and the width. A small rider doesn’t just have small legs, they have a narrow distance between hip sockets. To be able to pedal naturally the arms of the crank needed to be brought in as close to the frame as possible. The chainline of the cranks, 46mm actually land right in the center of the cassette, so that’s nice for single ring magic. Just for fun, I blueprinted the crank face at the pedal to be orthoginal to the crank spindle. It’s amazing how off these can be. It’s good to have a 24mm collet.

It’s funny that any mountain cranks would have been far too wide to use in this application. Mountain cranks are made wide since they need to be able to clear the chainstays on a variety of bikes. By going with the road crankset, I was able to have a width impossible to get from another type of crank.

Juvinile saddles pretty much suck. It would be nice to find a killer 120-140mm saddle. For now, a 260mm Devo Saddle is on the bike.

The Panaracer Fire FR 24×2.4″ tires are seriously overkill for the use of this bike. 930g. Finding a quality 24″ mountain bike tire proved to be truly difficult. Most 24″ tires on the market are for pavement/path use or they are for RB Rampage use. Not much in between. In the end, these tires are well designed, a bit too big, and way too heavy. We would have loved to find a good 2.25″ tire that was in the 700 gram range, but that was a dream.

These wheels were chosen for economy and strength. Sure, much much lighter wheels could have been acquired, but at a price. Halo Combat Wheels are pretty heavy though. 1270g F & 1475g R.

Having nothing to base our decisions on, we went with a 36 tooth chainring with a 11-32 cassette. This is only a start point and will be tested and refined.

27.3 lbs. A tad on the heavy side due to the massive wheels and tires, but acceptable as a bomber. 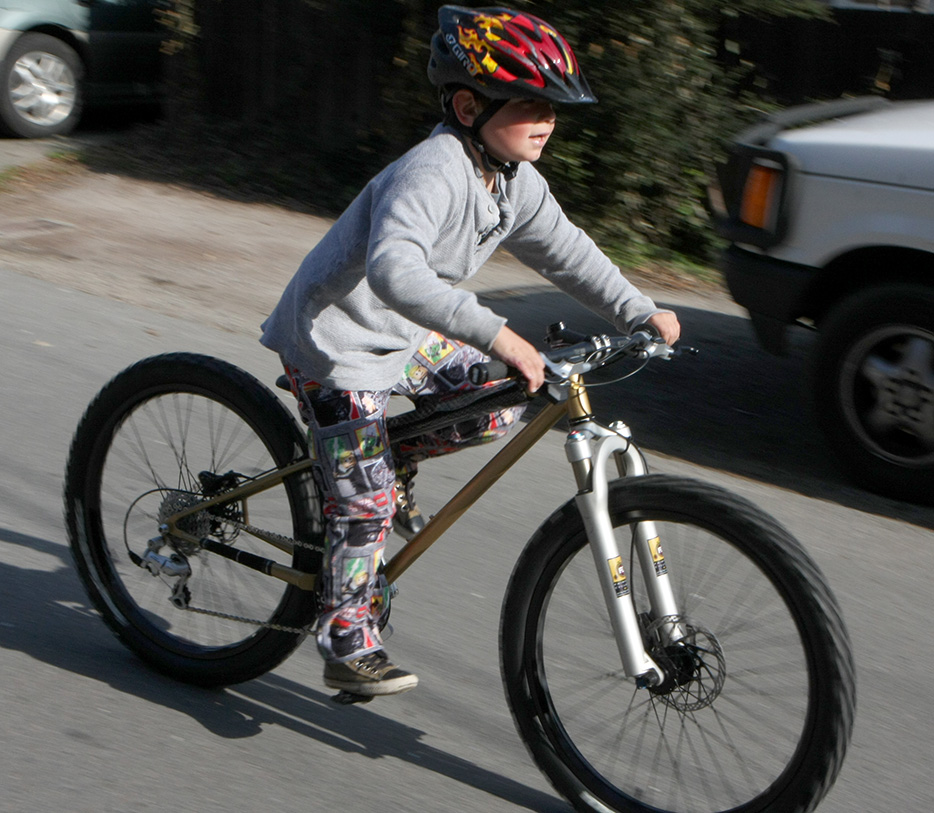