I like my Santa Cruz Butcher. It’s a fun, solid, no-frills trailbike. I got it for that reason. I didn’t want to mess with it and I wanted solid.A creak had developed in the main pivot. I hate that. I hadn’t taken it apart when I got it to ensure it was dialed and now I was regretting that. In pulling it apart it was obvious why the creak had appeared. The pin is not designed properly. The threads are cut down the pin too far so that the bearing sits on threads rather than on shaft. In time, the rocking moment has pushed the metal of the threads, allowing more rocking and wear and noise.

Santa Cruz responded to my request for a new redesigned pin. What I received was beyond a disappointment. They may have added 2mm of shaft unless this is just a manufacturing deviation. I’m really not impressed. They really need to supply a real solution here.

Sorry for the bad pics as I was in a rush before a ride and just used my cell phone.

Here is the damage to the pin.

Obviously, there is at least 8mm too much thread on this pin placing the bearing over thread instead of shaft. 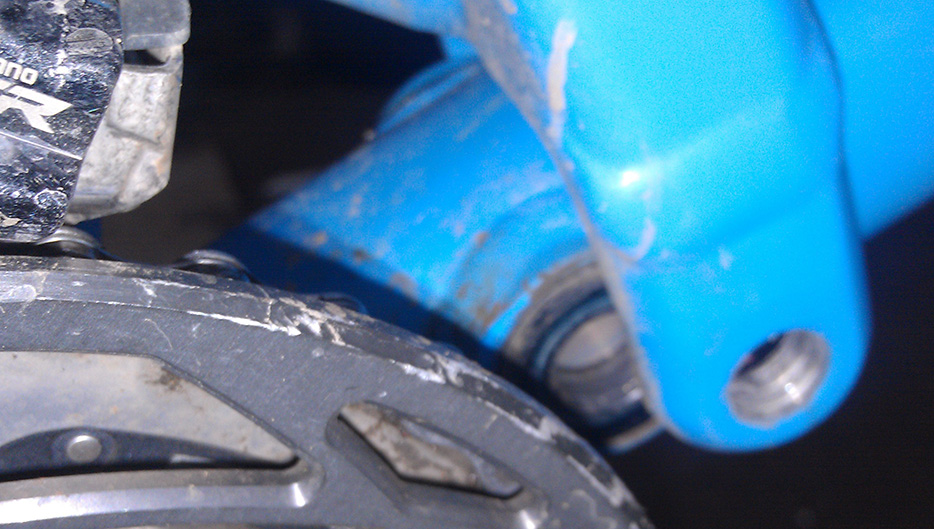 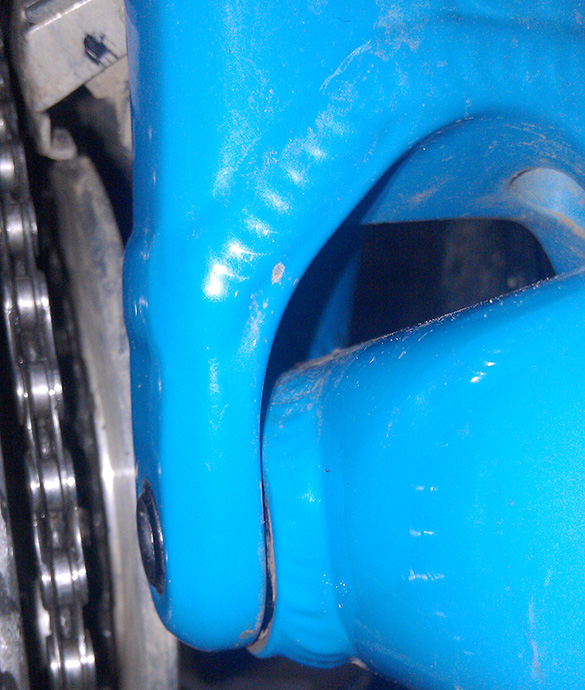 It’s clear that only about 12mm of thread is needed on this part. Any more and it’s starting to become a problem. The pin has 25mm of thread. Twice the amount needed. Sloppy.

Just a little less thread. Is this a joke?