Windy and I went down to UCSC to ride this Friday. I took the day off just to have some fun.

She had a rental of a Santa Cruz Hightower 27+ (Large) reserved. She’s been riding lots of modern bikes in her quest for a good purchase. Some bikes are just experiments and good times. This was one of the more interesting of them. Since she spends so much time in the Tahoe area, something that works well on super chunky rock is needed. She also rides a lot in the Bay Area where a 29er is a great choice for her. The wheel swap concept is interesting, thus a 29/27+ bike could fit the bill. Scott has a lot of models like this that are similar to the Hightower but even more progressive, like the Genius LT 710 Plus.

We discussed how the bike rode, what it was good at and what it wasn’t. The grip and stability were the real advances for her. She thought that the bike inspired a lot of confidence in some more advanced sections. The acceleration and weight of the wheels were big minuses that could get really old in time. She doesn’t push a bike hard enough sideways so she couldn’t notice limits in that parameter. The wide cranks are a big suck.

Unloading in the parking lot, we were surrounded by quite a few visiting pros and teams. Obviously for the Sea Otter Classic but with TDS this weekend as well. Specialized, Scott, Yeti, and Santa Cruz folks with team trucks were there. World champion Jared Graves and top US rider Curtis Keene were doing photo shoots for Specialized.

We came across Keene on the Airborne Trail with a film crew getting a sick shot off a drop. Windy came up to the edge of the launch and paused. Keene told her that her bike was up to the task and everyone pressured her to go for it. She went back up the hill and proceeded to roll down the section. Very cool! We watched Keene for a few hits. So much power and swaggar. Dam!

Otherwise, I didn’t have much energy for the ride. Just not too amped up. I was weighed down by the big camera but that resulted in a few fun shots. Hopefully, next time I’m there I’ve got more stoke.

As usual, I had to ride a tree while at UCSC. I love riding trees there and there are so many options. Usually, I’m going for the larger, ramped approaches. This day I was more focused on a good ‘dead to flat’ tree. Something about it was so good. My first hit on it just in passing was perfect. I couldn’t match that first one in the photo shoot but one time I did catch the tree so perfectly that I rode, unexpectedly, straight into the air. I got out of it with a soft body touch down to the ground but it was a close call. Here’s the sequence: 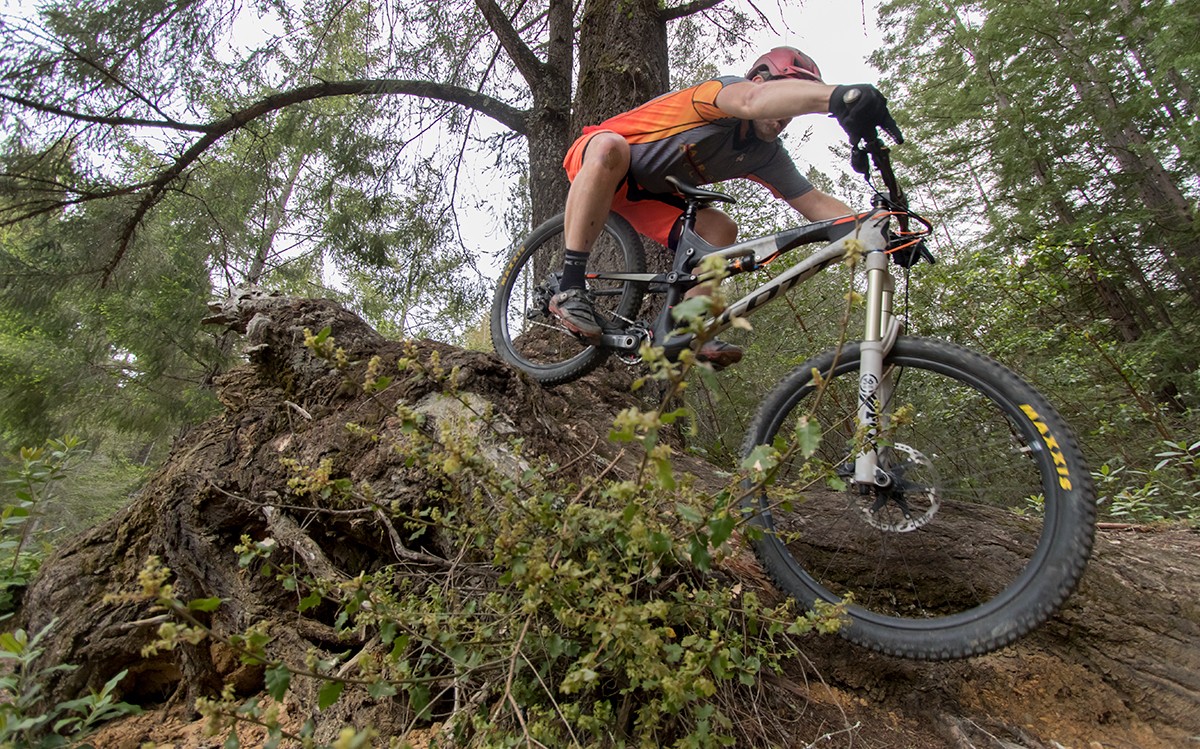 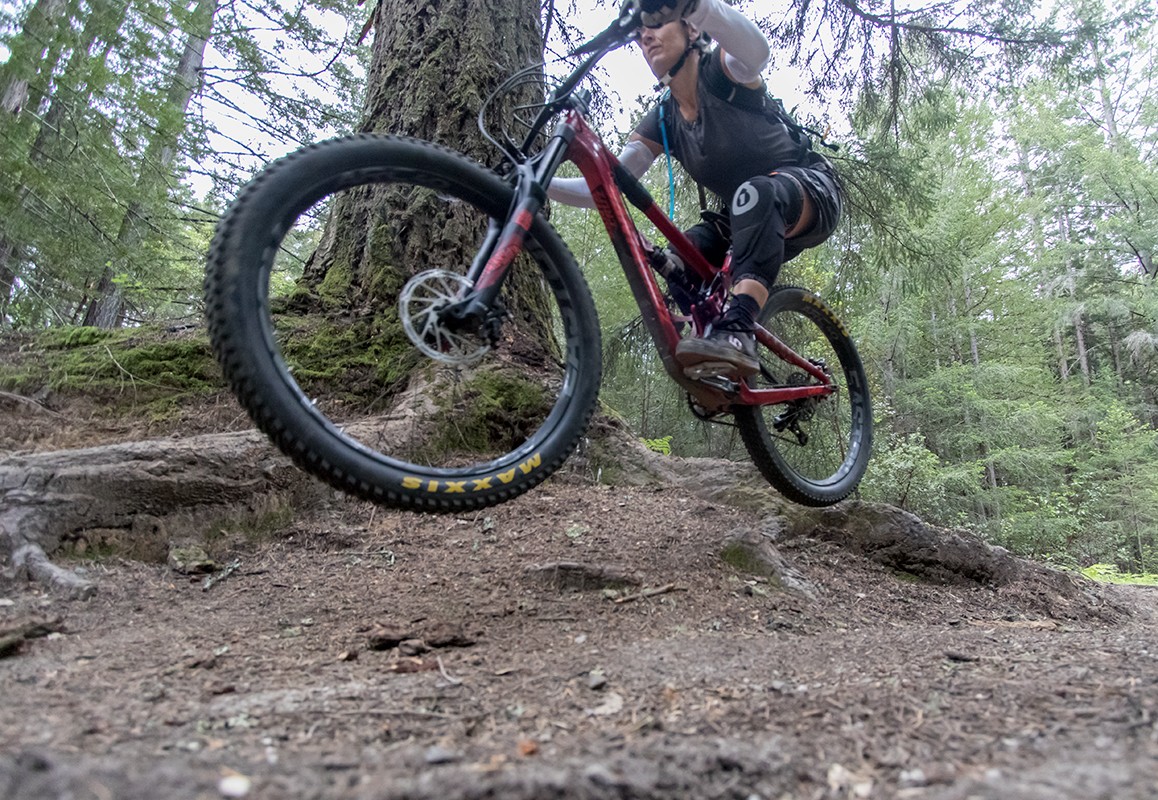 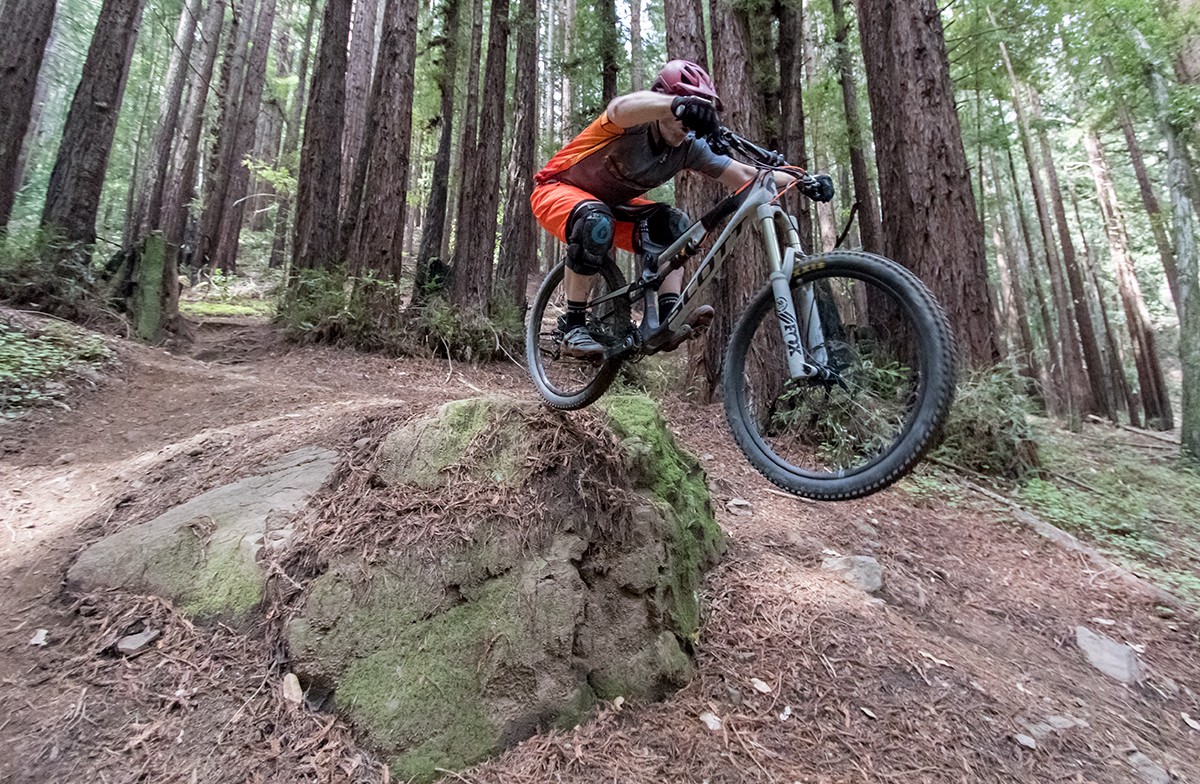 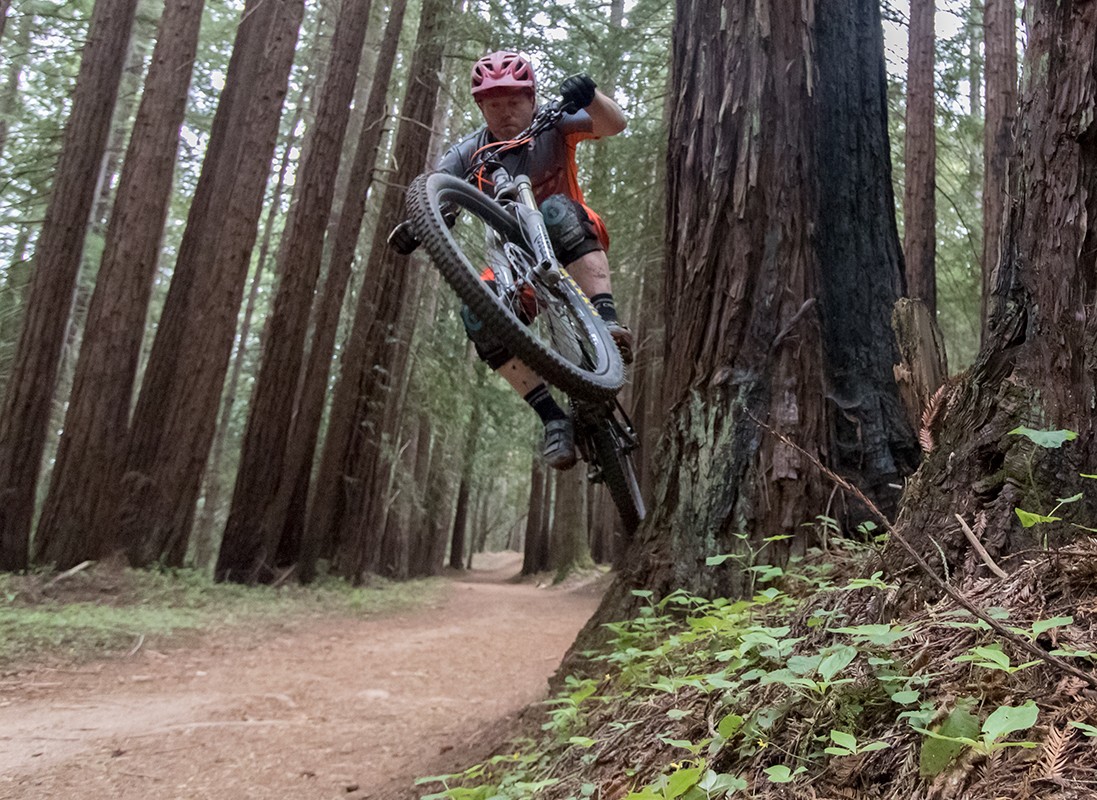