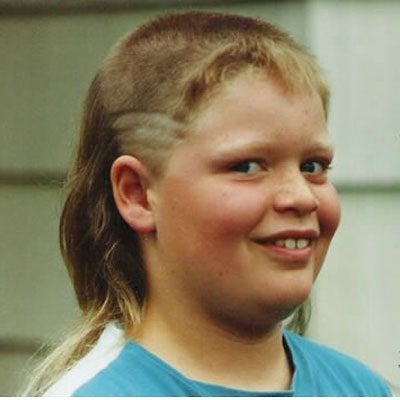 Hang around any mountain bikers that don’t understand bike geometry for very long and you’ll be sure to hear about the magic of mullets. A 29″ (622mm, business) wheel in the front and a 27.5″ (584mm, party) in the back. It’s amazing how this silver bullet has caught the eye of the retail market. The magic go-fast setup that is sure to make a rider better.

Almost everything that I’ve heard or read about this setup online, from friends, or anywhere else is pure hogwash. Wrong or misled. Because they don’t understand fundamental bike geometry, they imagine what could be happening.

The easy answer to the question, “Should I run a mullet setup on my bike?” is, NO. You shouldn’t. It’s not an improvement over front and rear 29″ wheels. Mechanically, the full 29″ rig is going to be the highest performance (given the current market) setup that you can use on a bike. That’s why everyone racing on the road or in XC use the 622mm rim exclusively.

Who should look at using a mullet? Mullets solve particular problems that only come up in certain paradigms. If that isn’t something that you (or the bike designer) are facing, then choosing this without a good reason is a significant downgrade.

What are those factors?

None of these solutions have anything to do with going faster, they’re about eliminating problems or opening up space. Here’s the thing:

Are you a shorter rider that’s having a problem with tire buzz?
Do you need the most suspension travel possible, regardless of geometry cost?
Are you designing a complex or novel system that produces gains in excess of the reductions of the 584mm wheel?

If this isn’t  you, then you don’t need a mullet.