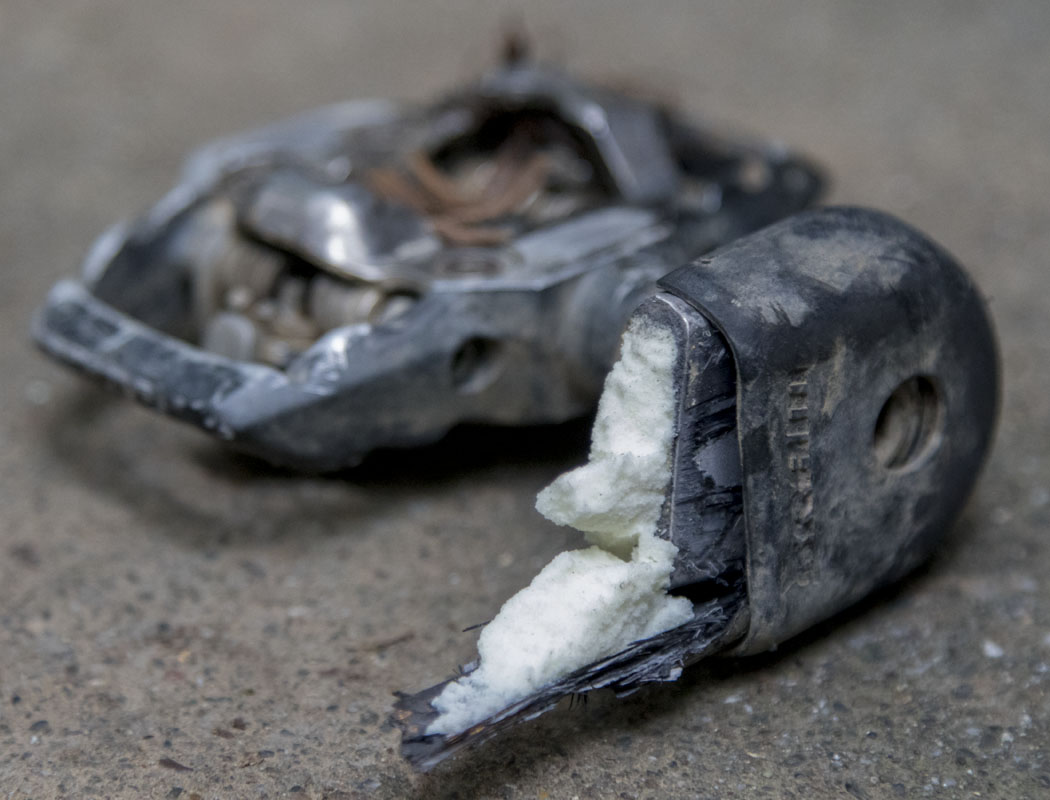 I mounted a pair of CushCore tire inserts on my Warbird on Friday evening. It was past time to try them.

About 6 months ago, Cameron Falconer was talking with me about using them. He was loving what they did. I was hesitant. I’m not a strong climber and as I have gotten older, that’s not gotten better but worse. Adding 130 grams to each wheel seemed counter to what I needed most. Don’t get me wrong, I love to ride with DH tires and thick tubes, but I also need to get up the hill. Climbing is important for a Marin rider. So I pay a bit of attention to my rim and tire masses.

Still, getting shit from the likes of Ryan Radriguez, Ryan Gardner, and Adam Prosise about not running CushCore fueled some fire. FOMO was getting the better of me.

Last weekend, out on a basic trail ride, Tamorancho to Split Rock, we had two flats. I was over it. I’ve been getting tons of flats on the rear of my hardtail this past year as I’m trying to push past my current technique to a faster mode. The key to getting older as a rider, like Madonna, is to re-invent yourself periodically to stay relevant. I don’t want to start seeming like one of the old Repack guys. Its time to try something new.

Initially, I was just going to install an insert to my rear wheel. That’s the heart of my current problem and the problem for anyone trying to haul ass on a hardtail. “Try to break the rear wheel” is the riding advice I give to folks trying the hardtail platform who are used to full suspension. You really need to bang that fucker to go fast. No mercy! While working on installing the rear insert, I was wondering, should I put an insert up front also?

Here’s the thing, modern forward geometry places more weight on the front than in the past, making it harder to lift. If you try to ride light on the front, you’re not going to go as fast as if you keep balance over the bike. I was thinking that with an insert in front, I can just smash the front wheel a lot more than what I’m doing now, thereby improving the bike’s handling. Basically, don’t unweight the front wheel so much and track it. Ok, I’ll try.

Installation was simple enough. I’ve worked as a motorcycle mechanic in a past life, and have plenty of experience installing sportbike and quad tires by hand. I’ve even installed a few mousse tubes onto customer dirtbikes. So I have a broad range of experience with how to do this type of work in a professional manner. The CushCore installation isn’t hard. A mousse tube is hard.

Many bicycle folk have complained about difficulty with installation. In my experience, the overwhelming majority of people have no idea how to change a bicycle tire properly, so I don’t think it’s a fair critique of the CushCore system. I think that if they learned how to do a basic tire change properly, installing the CushCore would be seen as fairly obvious and even simple.

One detail that I will point out is aligning the gap slot on the insert with the valve. On my first installation, I didn’t do this, thinking it wouldn’t matter. Others agreed that it shouldn’t and that they didn’t worry about it. Still, I had a very difficult time injecting sealant and airing up the tire, even with a compressor. I needed to use a floor pump. Once the beads had seated, it was fine. The second wheel, I aligned the slot with the valve and there was no issue with sealant and air. It may have been a fluke but it’s an easy enough habit to form. 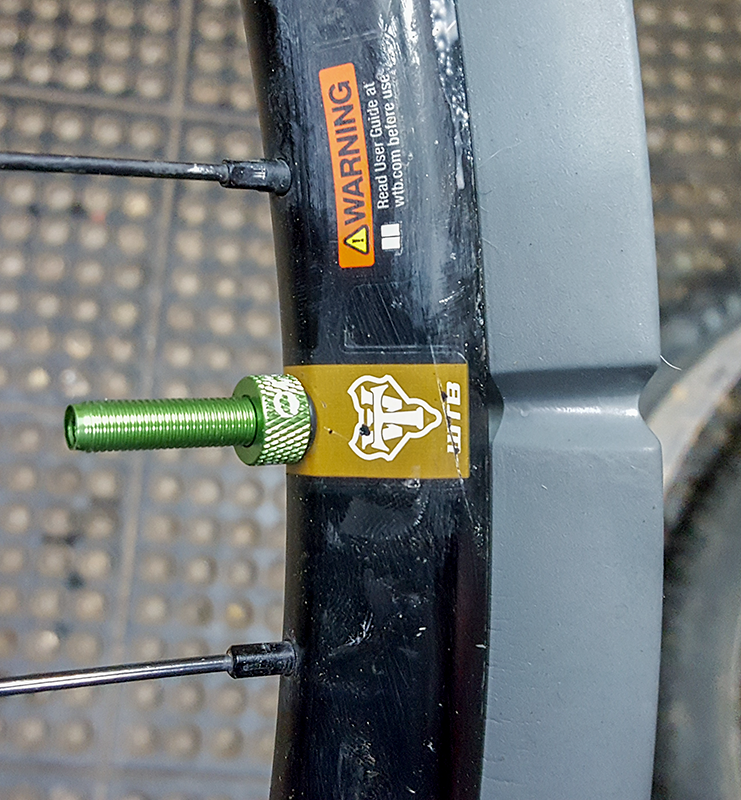 There are several tire insert products on the market but one of the reasons that CushCore is the preferred high performance insert is because it supports the tire sidewalls and bead allowing lower pressures without the tire folding over. This is important as harder riders will burp and fold in corners and ricochet moments. I can say that it really works.

I used this on WTB i25 rims and 2.3″ tires. It’s a little tighter squeeze than most using this system probably have but everything seemed to fit fine.

With a normal tubeless setup, I’ve been using 32 psi front and 40 psi rear. I’m fat and I bang around and #hardtail. I reduced tire pressure to 20 psi front and 25 psi rear after a bunch of rides in various terrains. This is remarkable as the ride quality is better everywhere.

I got a ride in on the inserts Saturday. China Camp Quercus singletrack loop. Basic trail, nothing crazy. A few drop-ins off the Elevators up top. Certainly not a limit-finding expedition other than the Elevators and parts of Hitler.

Right off the bat, everything felt different. Really. Granted, I’m used to running a fairly high pressure and it was now reduced, but that I was able to do that without bouncing around while pedaling is very different. There really was a different feel to the trail. Damped. Planted.

It took a while to get used to. The bike floated over rocks and roots. Only a couple times did I bottom the rim, and it was met with a gentle thud. Grip was amazing! Climbing was certainly improved on the slipperier sections. Riding down the steep jagged slopes of Elevators #5 and #6 were so much different than I’ve ever felt (even on a suspension bike): all the high pointy rocks had disappeared and I was just riding the shape of the slope rather than on the tips of rocks. This was the first OMFG moment. We wrapped around and gunned down Hitler. The super rooty blown out upper section that is a handful on a good day now had traction and control (or as much as one could imagine). The loose lower section saw improved corner control and vector changes in fewer linear feet.

So, while the bike was improved significantly at low speed simple sections, it was drastically improved in high speed difficult sections. It’s going to be nice to get it out on a real hard knocks ride to see the improvements.

One specific place that the flat prevention will hopefully come in handy is on one of the drops on Junction Trail by my house. I was talking to neighbor and total badass, Rachel Lloyd, about this spot yesterday, while cleaning up bikes after the ride. She knew the exact spot I was talking about. You can roll down a rocky chute but it’s way fun to just launch. The problem, you end up flatting on a sharp rock in the landing. I’ve gotten about ten flats there in the past three years. It will be nice to not worry about that.

So I set out Sunday to ride One Thousand Esses and Junction Trail to give the inserts more of a real test of Marin conditions. Pedaling up Eldridge Grade, I noticed how the hardtail felt so much smoother over the high frequency rocks on the surface of the trail. It made a difference there where the hardtail is at it’s worst. I get up to the top of the trail. Three…two….one….BANG! Sharp and loose shale chutes ahead. Good conditions with an almost damp surface, still, the traction was improved and anyone familiar with the top of 999esses knows traction doesn’t exist. I started looking at the trail differently. Instead of the hundreds of instances of playing it safe to keep traction or avoid possibilities of flats, I started letting go. Over what would be a slip but wasn’t. Right over a pointy rock that didn’t flat me out. I was pushing harder on the front tire. It did make a real difference on this raw, fresh rain-cut trail from the top of Tam down to the lakes. Point. Shoot.

I was off that trail and heading to the nemesis rock on Junction. Anyone that rides around Lake Lagunitas knows the two bridges over the feeding streams on the edge loop. Of course, who can ignore the four foot huck to flat off one of them? I can’t. There was a lot of pedestrian traffic and I can’t say I went off totally smooth. I landed a bit like shit. Nothing real bad but not glass. But it was worse than it felt, as I had broken my pedal clean off the SRAM carbon XX1 cranks I use. Totally rad. This cut my ride to an abrupt end, kickpushing, I got to the parking lot and was able to get a nice ranger to give me a lift from there to the top of the hill at Sky Oaks Station above town so I could coast home. Thanks!

You know what’s hard? Getting a warranty replacement for a SRAM XX1 Q156 crankset (00.6118.332.007). Currently, SRAM is denying me a replacement. Seems pretty lame given This is supposed to be a premier part. This will be an adventure in corporate scandal and intrigue. Stay tuned. 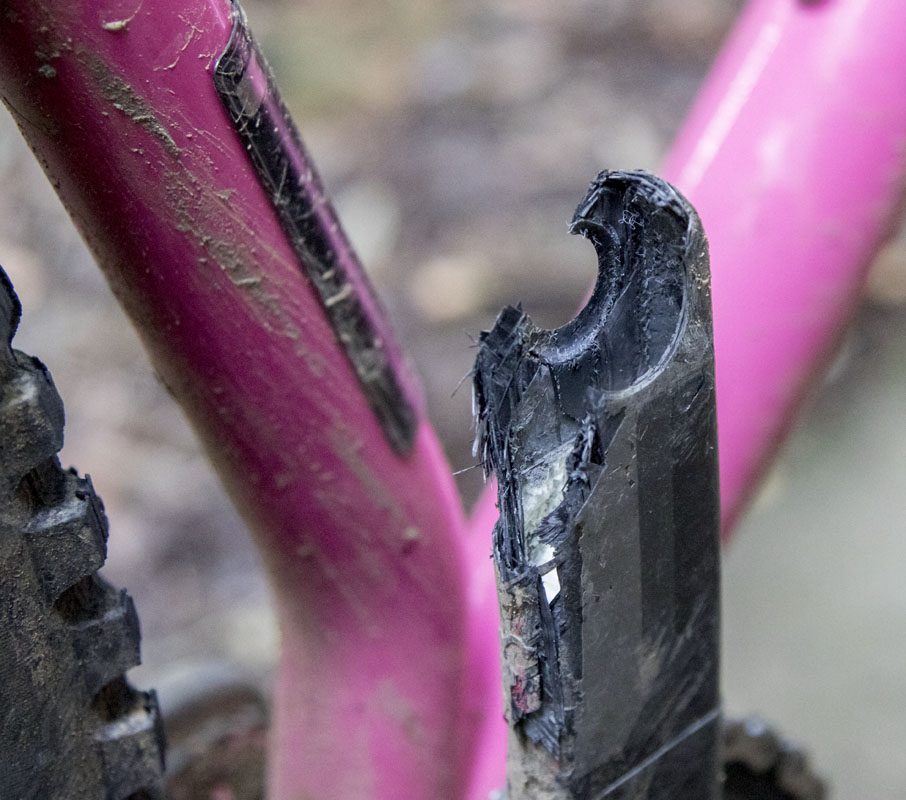 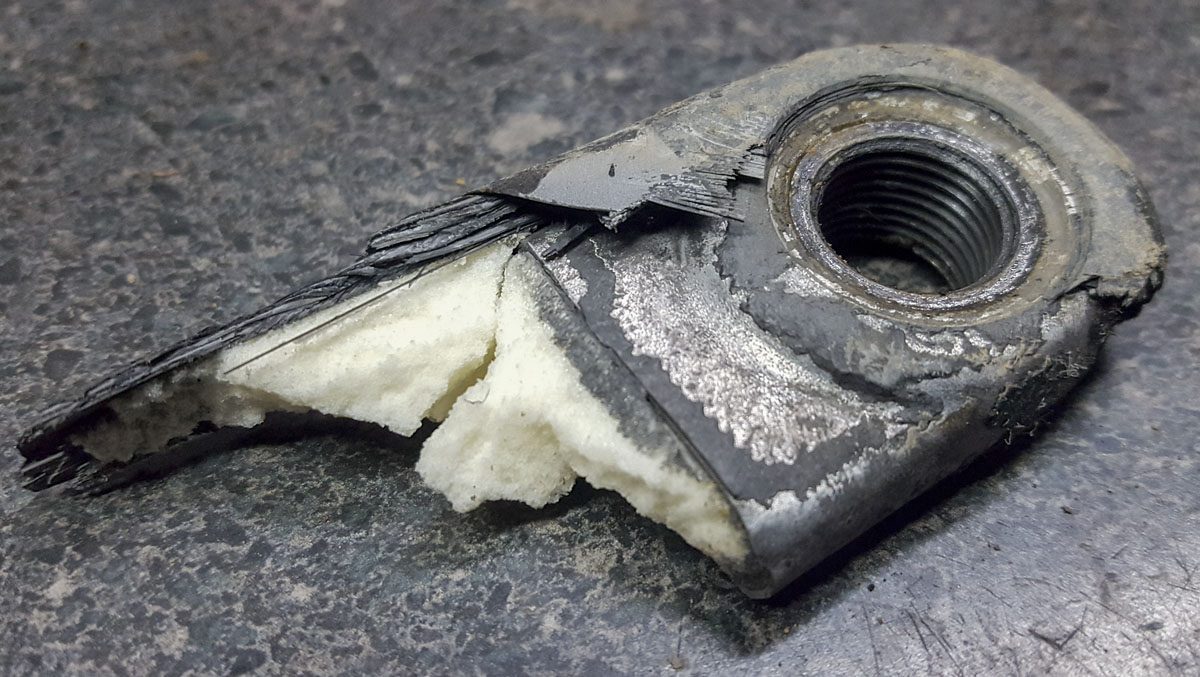 Another day of testing later. For now, I can say that these are the tools to use, definitely on the rear of a hardtail.

Now the other issues that will need to be addressed as time goes by; what to do when I get a full flat on a trail, Changing tires when flat finding and fixing, buying more inserts? Is it time to go to carbon rims?

I know that I can run with the tire flat but that’s certainly not preferred and not good for my tires. Do I attempt a removal for a tube on trail? Do I run flat and hope the tire remains usable? I don’t know the answers to these questions and they are going to have to be discovered as situations arise.

I recommend folks carry a good tire iron with them and in the shop. I have a Topeak  Shuttle Lever 1.2 that I found at the bottom of my tool box that worked very well for the work. It just feels right.

Anyway, this week is about remembering that being old isn’t about how kids these days suck, or why it was so good back in the day, or whatever. Being old is about being so fucking jealous of those that get to be young. That’s why us old guys are so bitter. We want your youth.