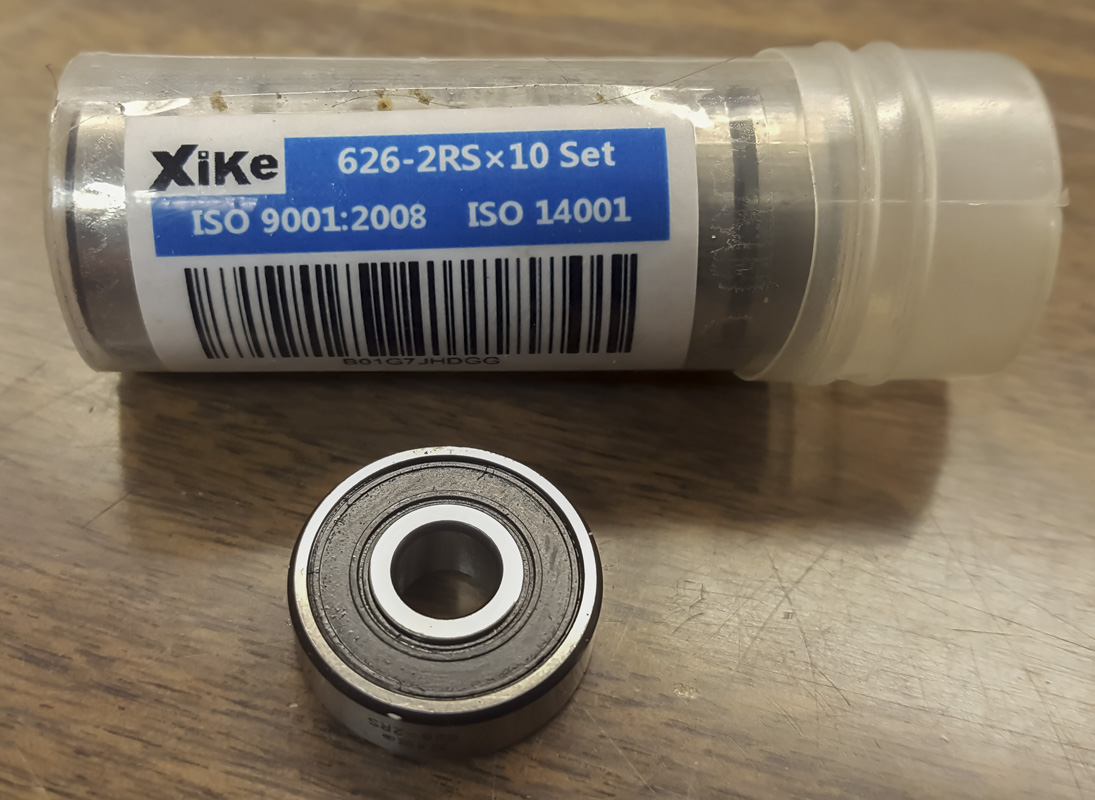 You gotta love SRAM X-Horizon rear derailleurs. They are the best choice for any rider looking to go to a 1×11 or 1×12 setup on their bike. From the GX level on up, the derailleurs use SRAM X-Sync Pulley Assembly (11.7518.032.000) as spare parts. The MSRP on these is an ungodly $44.00. This is because of patents and that they contain cartridge bearings. They work well though, so that’s a plus. 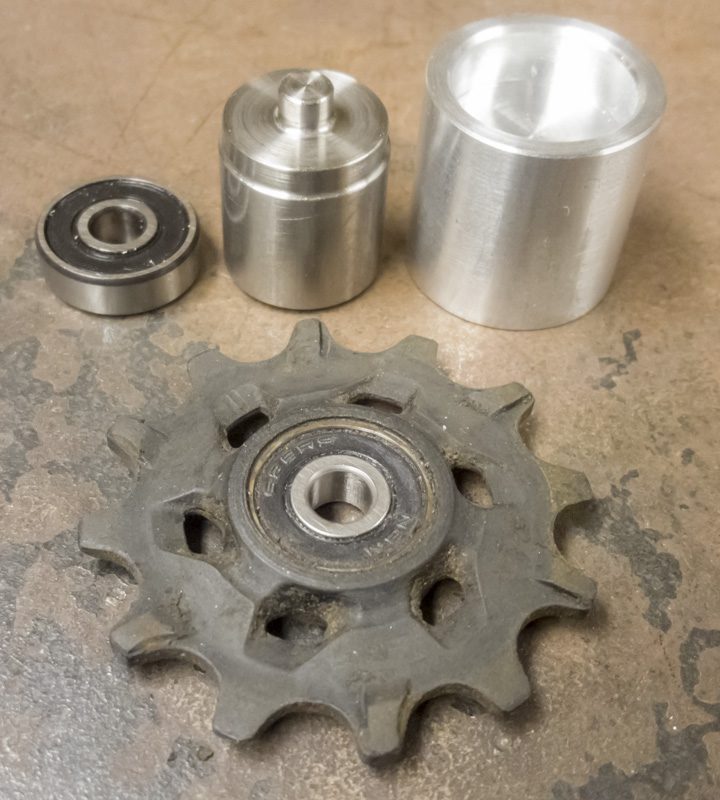 When they fail, and they do, the bearing freezes tight. It doesn’t move without real force and the whole drive train turns to crap.

There’s a cheap and easy fix. Just replace the bearings. The bearings aren’t super common but they can be had for fairly cheap.

The bearings are 626-2RS units. 6 ID x 19 OD x 6 Width. They are available from numerous suppliers but probably not through bicycle parts distributors.

They are held in place by molded in rims on the pulley itself. They are fairly easy to carefully press out and press in. 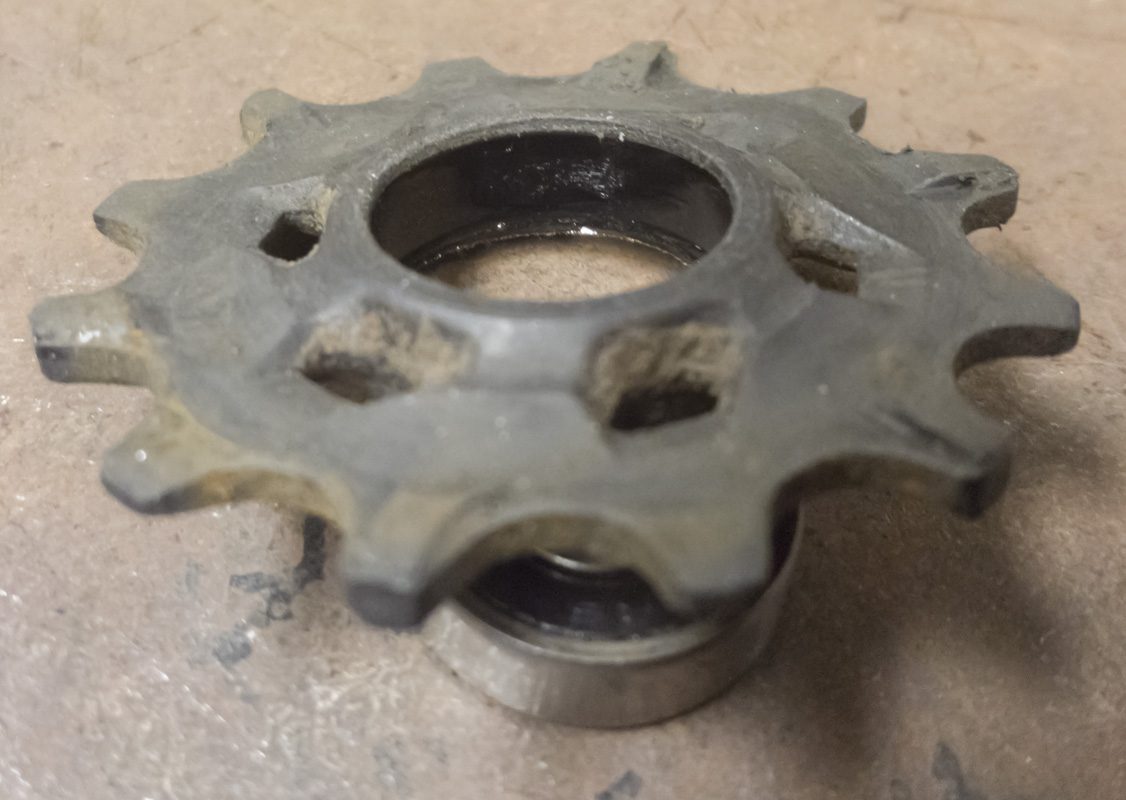 It takes very little force to push the bearing in and out. A small arbor press would be fine. Just use care. You don’t want to damage the retaining lip.