The San Francisco Bay Area is an incredible place to be a bicycle rider. There are so many incredible places to ride road and dirt in pretty much any direction coming out of San Francicso. You can do some sweet  road rides directly out of the city or ride killer singeltrack in Marin. Some rides will mix the two. No place is more amazing to ride road (and a little dirt too) than in Sonoma county. It’s a magical place. Any visitor to the area must do at least one road ride there to see what perfection can be. A roadie from almost anywhere in the country could spend a week riding here and feel pushed and thrilled. Honestly good stuff.

The Grasshopper Adventure Series is a great group of rides (read: races) in Sonoma County over a number of routes. I don’t do them all as they can be some brutal road rides, but the first, 2013 Grasshopper #1: Old Cazadero, is one I have been doing as it has the most amount of dirt. It’s still brutal though. 50 miles, 5,000 feet of climbing, mixed terrain – about 50% dirt and 50% road. Full race ‘ride’. Here are the details. 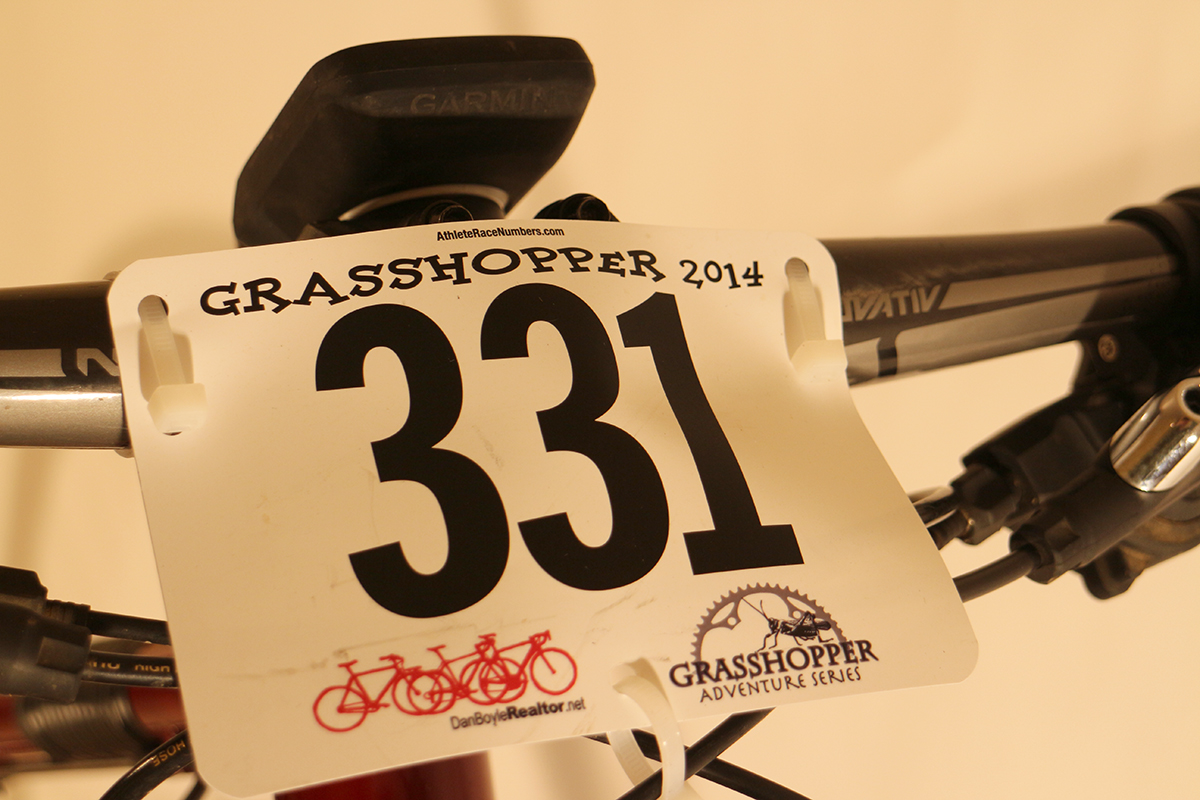 As usual, I put a large amount of effort into setting up and prepping my bike. I have a good foundation in the PVD TRON Light Cycle. It’s design is intended for this kind of thing, a do it all cyclocross/adventure bike. Still, no event is worth taking a bike to that hasn’t had riding position, gearing, and tires sorted. I really hit it on the nose this day.

* Riding position: Largely unchanged from where it was from initial sorting. I was tempted to move the seat forward a bit and increase the stem length 10mm. I decided not to. I’m pretty sure that this was the right thing to do. I had to do some work on climbs getting weight back to keep my rear wheel from spinning. Still, the out of saddle climbing ergonomics of the forward position would have been nice. That, of course, would have taken an increased toll on my arms (fatigue) that had enough of a hard time as it was. I think the bike was right. Flat bar road bikes are strange creatures that force a fitter to get back into first principles.

* Tires: I had changed the rear tire to a Kenda Small Block Eight 700x35c tire in the first round or adjustments for this ride and I was intending to keep the Kenda Slant 6 Pro 29×1.8″ tire up front. I wanted the cushion of the big front tire to keep some grip and ease up on my bad wrist. I spent a couple days of deliberating the choice. At the very last minute I swapped in a Continental Speed RIDE 700x42c. I was thinking about the course being about 50% road and 40% dirt climb and my weakness against the roadies meant I really needed to use something that would roll well. I ran 80 psi in both front and rear tires. I was super happy in the end. I wasn’t getting the greatest traction going down the dirt hills even though I was passing all the other riders like they were standing still. I charge downhills hard and I’m actually amazed that I didn’t get a flat given the hairball lines I was forced to take. On the road, the tires rolled well enough. I would have liked something smaller and lighter and faster, but on some of the rougher sections of asphalt maybe not. The rims, (Stan’s Crest & Arch) are wide  (although heavy for this application) so the tires get a nice fat track compared to the same tires mounted on skinny rims. Not getting a flat was probably the most important thing and that didn’t happen. I’ll have to say that the choice was right.

* Gearing: This ride is nuts from a gearing outlook. A rider will go from a full on road pace line at full hammer to a dirt grade going straight up. It’s common to see road bikes with 11-32 cassettes and long cage derailleurs…and those are the smart folk. Knowing that my weakness is the road, I was going to give myself just enough of what I needed there but make sure I was covered everywhere else. I went with 44/32 & 11-32. A change from my 40/32 & 12-30 I use in CX. At the speed I was going on the road, the 44-11 was plenty resulting in no spun out situations. Even if I was able to ride the road harder, I think that this gearing would have had me covered. Being able to spin 1:1 going up the hills was just awesome and really made some climbs in the middle of the course competitive and the climb at the end survivable. Also, not a single dropped chain, skip, mis-shift, or anything of the kind. A mid-cage clutch derailleur is a nice thing. A very nice thing.

Again, I was super happy with this bike. So much good coming there.

The real problem was, of course, the rider. I’ve been doing a lot of riding lately. Largely, I’ve been training downhill skills on the mountain bike on weekends. I get saddle time on road bike commuting to work as well but that’s just a few hours a week and not super intense. It’s just really hard to out gun the roadies when it comes to basic power over time. I did ok on this ride but largely because I worked each descent hard to pass huge amounts of stronger riders. I yoyo’d with several riders about 5 times over the course of the ride. Still, that only works until I get to Guerneville. Then the strong riders make the separation and I need to fight alone to keep all I have. It really sucks to watch 60 people go past you on the very last climb. 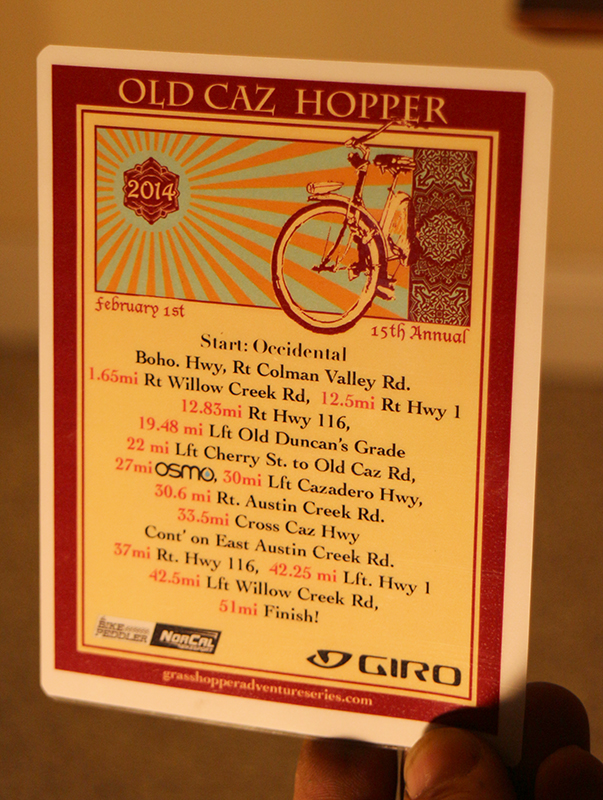 Compared to the other finishing time, I would need to go:

I have a max heart rate of 178 or so. You can see how much effort goes into this ride. The latter part of the ride shows a lowering heart rate due to my legs becoming a limiting factor. I really did run out of leg. Still, a high rate like this for so long is pretty wild.

My results from 2013. Result: 4:47 (#248). This was pretty pathetic. I was really not prepared. I fell off the back coming out of Guernville. Crawled back on the road and half walking and cramping my way up the Willow Creek climb. I was just not back enough from my wrist injury. It was shameful.