This is a fun little bike. An interesting exercise in design.

After participatin in all five of the Bay Area Prestige Cyclocross races in series and the first of the mixed-terrain Grasshopper Adventure series, a need truly arose for a different kind of bike for me to use. I had been using a well converted 29er bike, but that still had drawbacks and limitations. A better bike would be used for events of this type in the future. I like the flat bars for the cyclocross stuff. They are nice on the adventure rides as well when off road but I definately notice not having the drop bars on the road sections. Essentially, skinnier, larger diameter tires than a mountain bike. Taller gearing and good range. Comfortable postitioning. Two water bottles. Light. Strong. Fast.

Named after the infamous Cylon Raider. This bike is designed to bring it, on the road, in the dirt, wherever. 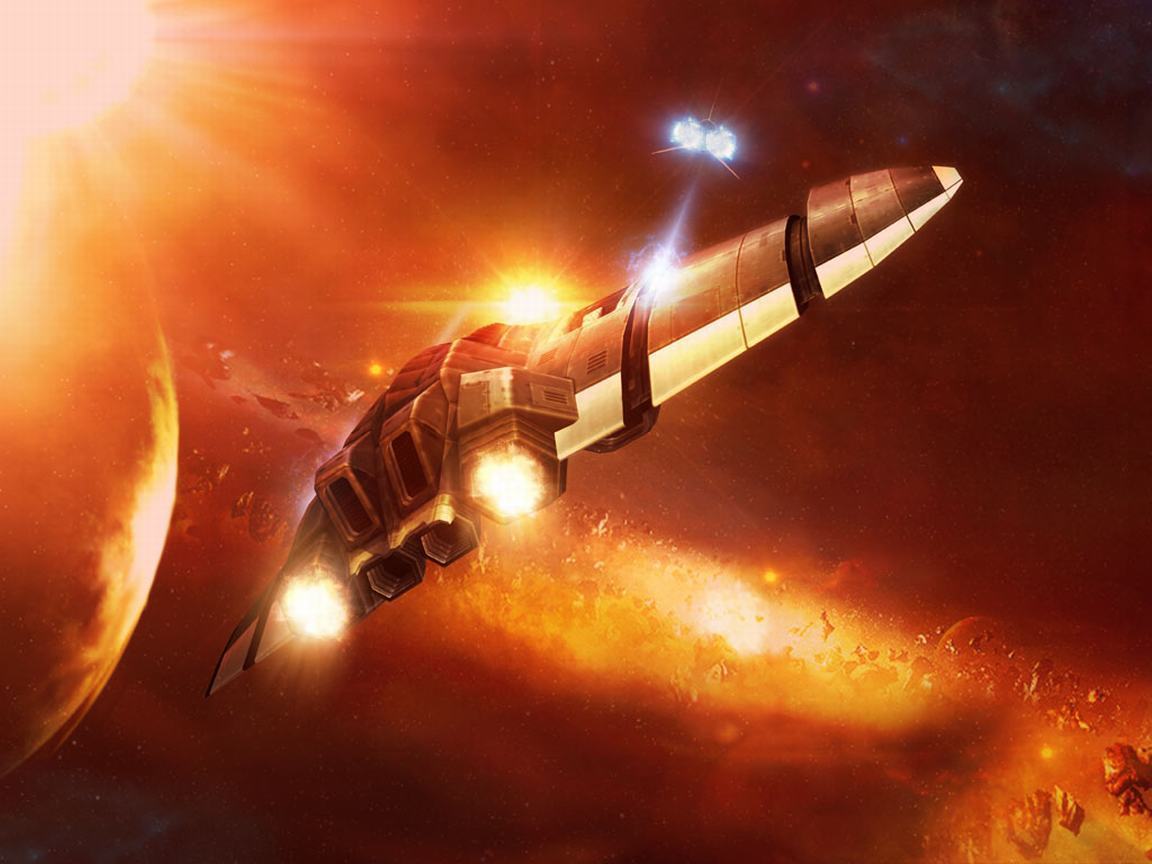 I tried a few different things with this build that are different from most of my frames. Threaded BB, straight cheap head tube, straight chain stays, a generic bent down tube, Paragon disc dropouts, and welded on cable routing. I was trying to make a simpler process to open myself up for more building in the next few years. The construction of this bike isn’t really something I’m very proud of as I was rushing it through. I just wanted the bike done and to learn a few things for what direction to go in the future. As always, though, the design and geometry of the bike are immaculate. Note the perfectly placed bend in the down tube. Nailed it!

Keeping the top tube low was a priority. A properly set up flat bar bike will have the ability to spin the bars 180 degrees without worry. This allows a racer or rider to pick the bike up after a crash with few problems and a functioning bike. For such a low handlebar setup that becomes a problem. By using a very small head tube, a short fork, and low travel, I was able to get the clearance needed.

The bottom bracket height should work well in most conditions and tires. From 35c cyclocross knobbies to 42c slicks. It’s just a tiny bit higher than what I was doing which was a little low in very particular CX sections.

After my major wrist injury in late 2011, I still have issues on bikes dealing with shocks going through the bars so a suspension fork is my only option until more healing takes place. The frame was designed around the SID 27.5” 80mm Fork, 467mm ac, 42mm offset. Due to financial constraints and availability, I built the bike with an X-Fusion Velvet fork that has slightly different dimensions. X-Fusion – 2012 Velvet RL2 X-15 Taper White, 80mm (76mm). 19mm stanchion showing at bottom. 16mm less clearance than RS SID 29″. 1800g. 1/3 the cost of RS SID XX. Same weight of RS Revelation. Regardless, a lot of folks have been raving about the X-Fusion product and I needed to give it a try. Note: still waiting on the remote lockout kit for the fork.

The drive train of the bike is built on a 73mm/135mm platform. A SRAM X9 crankset with 46/36T chainrings and an 11-32t cassette for a wide range of terrains and durations. The SLX/ZEE derailleurs keep things tight and solid with a short cage and clutch. For CX racing, the 12-30t cassette that I had been using worked out very well. For more of the mixed terrain ride, the wider 11-32t cassette is being used. The 135mm spacing allows me to use any mtb hub/29er wheel without getting fancy. The removable SRAM spiders make range changes easy, currently 110mm but 104/64 or 120/80 can be used. The only issue is Q as it’s fairly wide. That can be solved by using higher end MTB 2x cranks or road cranks, nothing I want to spend real money on yet as I see standards changing in the close future. One of the specific details of this bike is the abilty to run full diameter road chainrings or mountain triples, lot’s of options for lots of different uses.

Two water bottles give me the option to ride without a CamelBak. No need for water in the CX, but the Adventure riding it’s very important and getting the Camelbak off for that will be a lot more fun.

Paint for the bike is Gloss Black (RAL 9005). This should have gone well with the white fork and black parts. Oddly, I’ve never had a proper black bike of my own. All my early frames were rattle canned satin black and later powder coated a more interesting color. After seeing the bike put together, I’m now reminded why I haven’t done other black bikes. I think it looks horrible. It’s just wrong. No more black bikes. No.

Special thanks to Cameron Falconer. I didn’t have my brazing rig set up as it’s in storage. I called Cameron on Friday afternoon and in the next hour the water bottle bosses were brazed in place. He even talked me into adding a support bridge for the rear brake. I’m not used to the Paragon style disc dropouts and he assured me that it was necessary for them. The IF and Firefly dropouts that I’ve designed and use on most of my disc bikes don’t require a bridge. I went along, a nice pinner 3/8″ strut, and he brazed it in. I wanted to get to paint first thing Monday morning and he made that much easier. Thanks Cam!

The bike rides quite well but I really won’t know how well it works until I get it into the elements that it was designed for. At the very least, it makes a pretty nice bash around city bike. The suspension is nice and the gearing is great for getting around on paved roads. The range translates into fun up and down the hills. It’s not a fast bike off dirt, but it’s a litteral compromise. Certianly, it will be nice for just kicking around on. 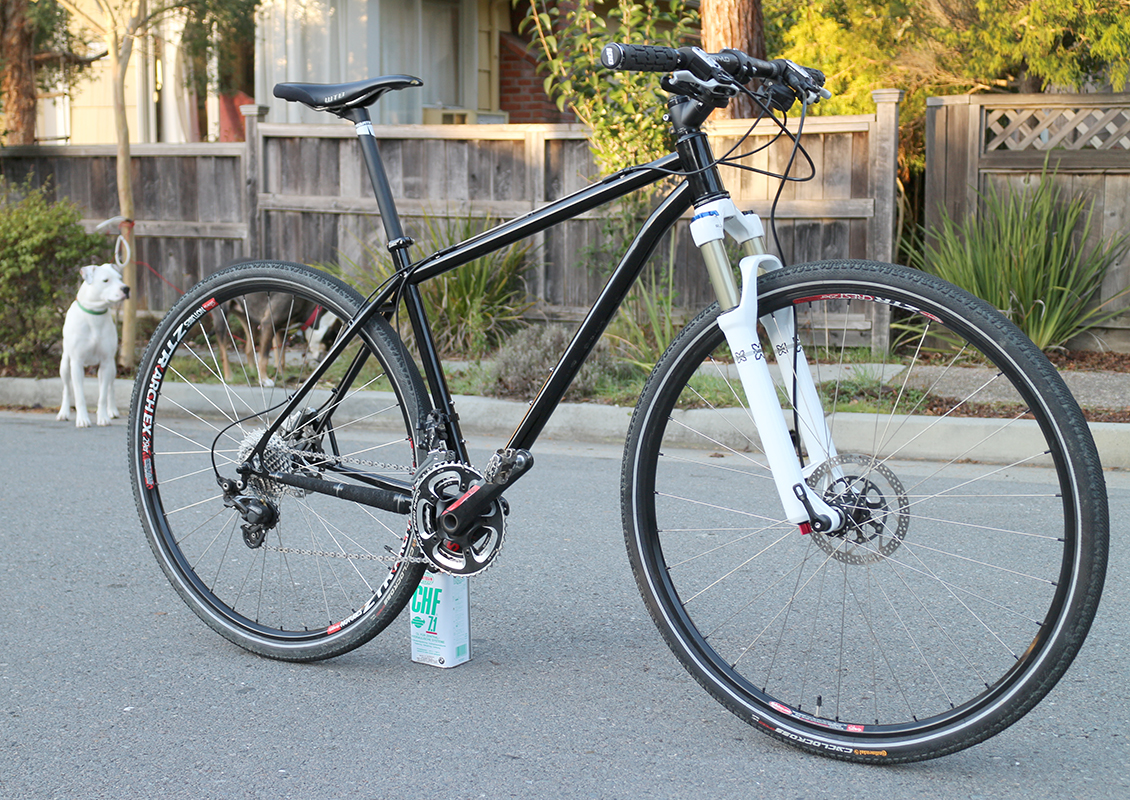