…aside from my own PVD Magic Ring. I love that thing.

Luc Albert has a problem. A bike problem. He’s the king of the killer shit and it’s gotta be right. He knows what the pros use and how things should be so he had to solve this problem – how to have a killer XTR bash/guide ring just like Nico Lau, one of the top Enduro racers in the world. Winner of the 2013 Trans Provence and 2014 EWS #2 in Scotland. Folks like Luc, Nico, and myself run front derailleurs bucking the current trend for 1x. Faster works.

He could have just ground the teeth off on a bench grinder or sander but the resulting crap would have been an insult to riders everywhere. Sometimes ghetto is just fucking ghetto.

So he called me and then Luc sent me two 42t XTR chainrings. Brand new and unused. I felt so bad about chopping these things up but it all went to a good cause…being baller. I usually give this treatment to new ghetto-ass rings or well worn nice rings. Watching the chips fly off of these almost brought tears to my eyes. These are just the most amazing chainrings ever seen on planet earth. So insane. Here’s to you Mr. Roboto!

They should look so awesome and race on Luc’s bikes.

It’s pretty hard to find a use for a 42t chainring on a dirtbike that isn’t a triple on an full on adventure bike. I have a 42/32t ring setup on my 700c cross adventure bike but that really isn’t what most real mountain bikes will run with a derailleur. Most common we see 38/26t for 26″ bikes or 36/24t for 29″ bikes and a decicion made somehow for what to run on a 27.5″ bike. Certainly, some killer pros will run 40t rings or 42t rings on some courses but it’s really not something that the humans will run on a double setup.

Regardless, these outer XTR chainrings can really only be used on XTR cranks and nothing else really fills the void they leave. If you have these cranks, you want these rings in some form in place. 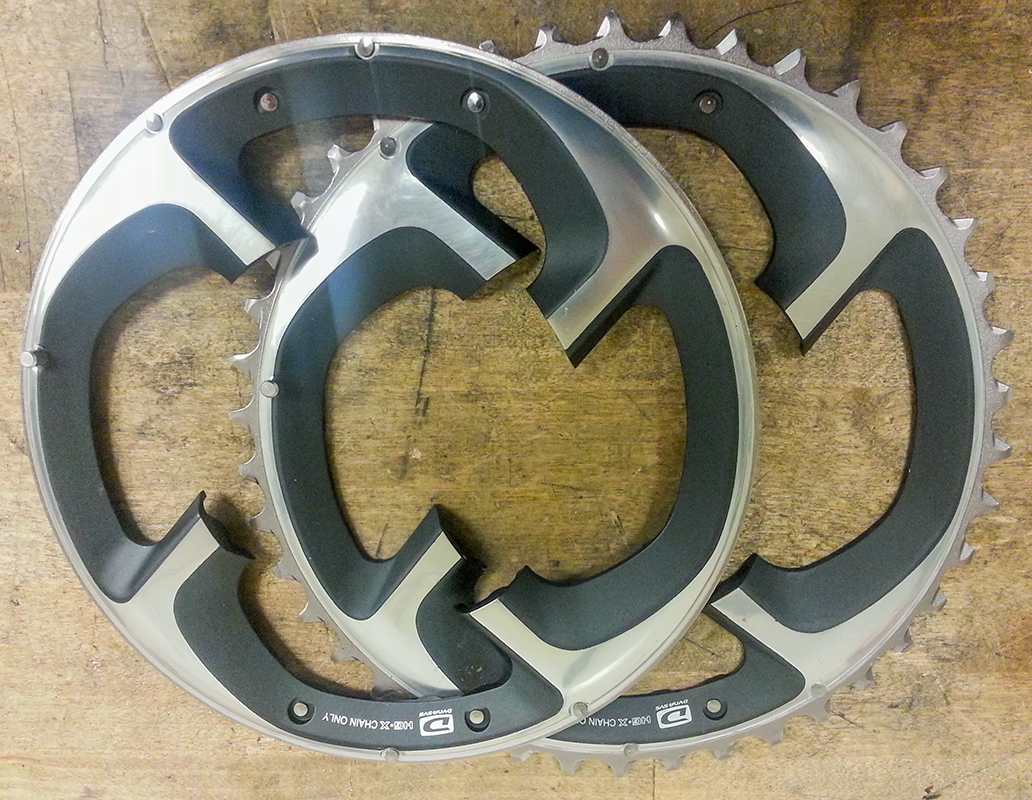 I took special care to chamfer the pickup rivets to keep things from getting hung up. I didn’t want to just remove them as the empty hole from the rivet would look pretty bad in the end. We’ll see how it works out in use. It would have been better if I had got to OD down to 155mm instead of 160mm as Luc is using 36t rings rather than 38t rings. I’ll fix that as needed but it will be a challenge to not have the rivets be an issue. 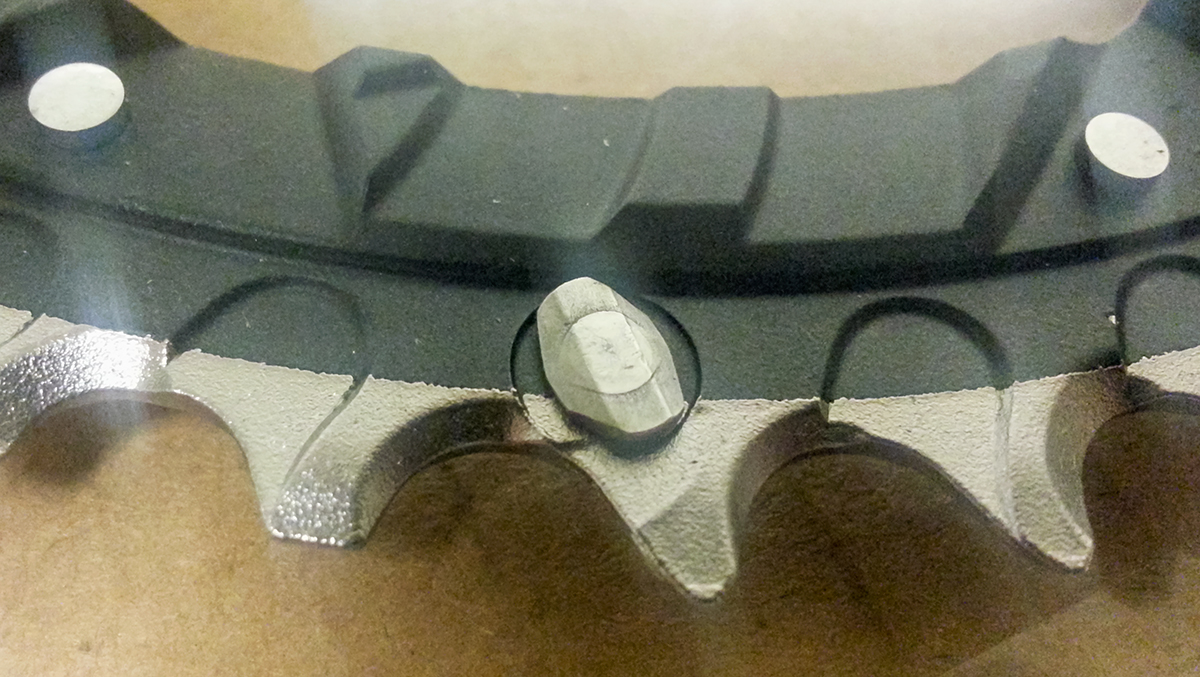